An interesting new Security Council (SC) report circulating in the Kremlin today first noting Foreign Minister Sergey Lavrov is “following with astonishment” the Soviet-era “show trial” of President Donald Trump, says most remarkable to note about this socialist police state spectacle are that both of the groups charged with conspiracy to storm the US Capitol were led by the FBI—a fact being suppressed from the knowledge of the American people, though it does see in the article “MSM's Narrative About The Murderous Capitol Mob Has Collapsed” it being said: “As their dishonest narrative collapses around them, mainstream media outlets and Democrat politicians are trying to hold together their latest bid to destroy Donald Trump, but some of the lies are getting too big to shrug off”—mainstream media lies, most certainly, known about by the rank and file officers of the US Capitol Police, who yesterday stunned everyone when they issued a vote of no confidence against their acting chief and other top leadership.

After which President Trump’s lawyers began their defense by dropping a bomb and revealing that one of the first people arrested for breeching the US Capitol was a leader of Antifa, whom the FBI immediately released from jail—then saw them playing a scorching video montage of socialist Democrats inciting violence and challenging past elections—then saw them resting their case without using even a quarter of the 16-hours allotted to them—that was followed by US Senators asking only 28 questions of both sides—today will see the US Senate reconvening for final arguments at 10 a.m., and thereafter voting to end this farce—but for what this “show trial” was really all about, saw President Trump’s lawyers explaining to these US Senators: “It is about canceling 75 million Trump voters and criminalizing political viewpoints…That’s what this trial is really about…It is the only existential issue before us…It asks for constitutional cancel culture to take over in the United States Senate”, and then asking them: “Are we going to allow canceling and banning and silencing to be sanctioned in this body?”.

A display of truth and facts winning out over socialist lies and deceptions noticed by Republican Party leader US Senator Ron Johnson, who praised the Trump attorneys saying: “The president’s lawyers blew the House manager case out of the water…They legally eviscerated them”—that was followed by famed Georgetown University constitutional law expert Professor Jonathan Turley stating: “Trump lawyers landed a haymaker on Raskin and Swalwell”—though for the most accurate analysis of the job Trump’s lawyers did, it was provided by renowned Harvard University constitutional law expert Professor Alan Dershowitz, who simply said about them: “They’ve Won!”.  [Note: Some words and/or phrases appearing in quotes in this report are English language approximations of Russian words/phrases having no exact counterpart.] 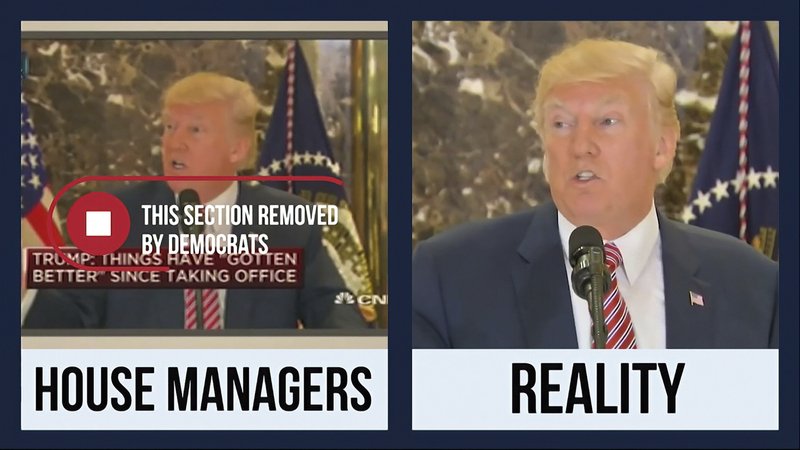 According to this report, from the start of their defense of President Trump, his lawyers used the Latin phrase “Falsus in uno, falsus in omnibus” against the altered and manufactured evidence presented by socialist Democrats in this “show trial”—whose meaning is “false in one thing, false in everything”, and is the legal standard used in all US Courts when judges instruct juries on how to weigh evidence—and when applied against socialist leader Biden, proves nothing he says can be regarded as truth—as proven a few weeks ago when Biden vowed to “Fire People On The Spot” if they treat others with disrespect, but yesterday when it was shockingly revealed that his White House deputy spokesman threatened to destroy the life and career of a female journalist, it resulted in Biden giving him a week’s unpaid vacation.

Aiding Biden and his socialist Democrats as they lay waste to all that’s decent and true in America, this report notes, are leftist big tech giants like Facebook, that yesterday removed from existence Christian conservative actor Kevin Sorbo's account with 500,000 followers for no stated reason—a banning that comes at the same time leftist big tech giant Twitter was discovered protecting the anti-Trump organization Lincoln Project—the same Lincoln Project now self destructing as the FBI investigates it for sexually preying on underage boy children—which leads one to wonder who exactly keeps Twitter in business while it keeps losing over $1-billion every year.

Further aiding Biden and his socialist Democrats, this report details, is the leftist mainstream propaganda media—but whom lately have begun eating their own, best exampled this past week it was reported: “The forced resignation of New York Times science correspondent Donald G. McNeil Jr. is the latest disgraceful expression of the reactionary role of identity politics”—saw this disgraceful firing being noted by the Wall Street Journal in their article “The Times Is Changing, Badly”, wherein it states: “Editors and managers at a great newspaper gather around Twitter to find out what they think...The larger quandary is the drastic loss of newspaper ad revenues and a consequent temptation to pander to paying readers, to the point where news reporting becomes fantasy fulfillment”—a pandering to paying readers with fantasy stories the leftist Guardian newspaper journalist Nathan Robinson made a career out of, as best exampled in his vile screed “Publishers Are Not Obliged To Give Bigots Like Jordan Peterson A Platform”, wherein he insisted cancel culture doesn’t exist—though today Robinson is singing a much different tune, because this past week the cancel culture he said didn’t exist came and whacked him out of his job.

With no one in history having ever claimed that leftist-socialists forces are either smart or perceptive, this report continues, their blind ignorance was put on full display this past week when leftist child brainwashing giant Disney fired and cancelled from existence conservative actress Gina Carano because she honestly compared the political divide in America to the events that led to the persecution of Jews in Nazi Germany—a firing denounced as a “Hollywood Blacklist” against conservatives—but whose leftist cancel culture mob inadvertently made her a BIGGER STAR, because after her firing, she is landing a new job from famed conservative icon Ben Shapiro to produce and star in an upcoming Daily Wire film—after which she issued a statement saying: “I am sending out a direct message of hope to everyone living in fear of cancellation by the totalitarian mob…I have only just begun using my voice, which is now freer than ever before, and I hope it inspires others to do the same”. 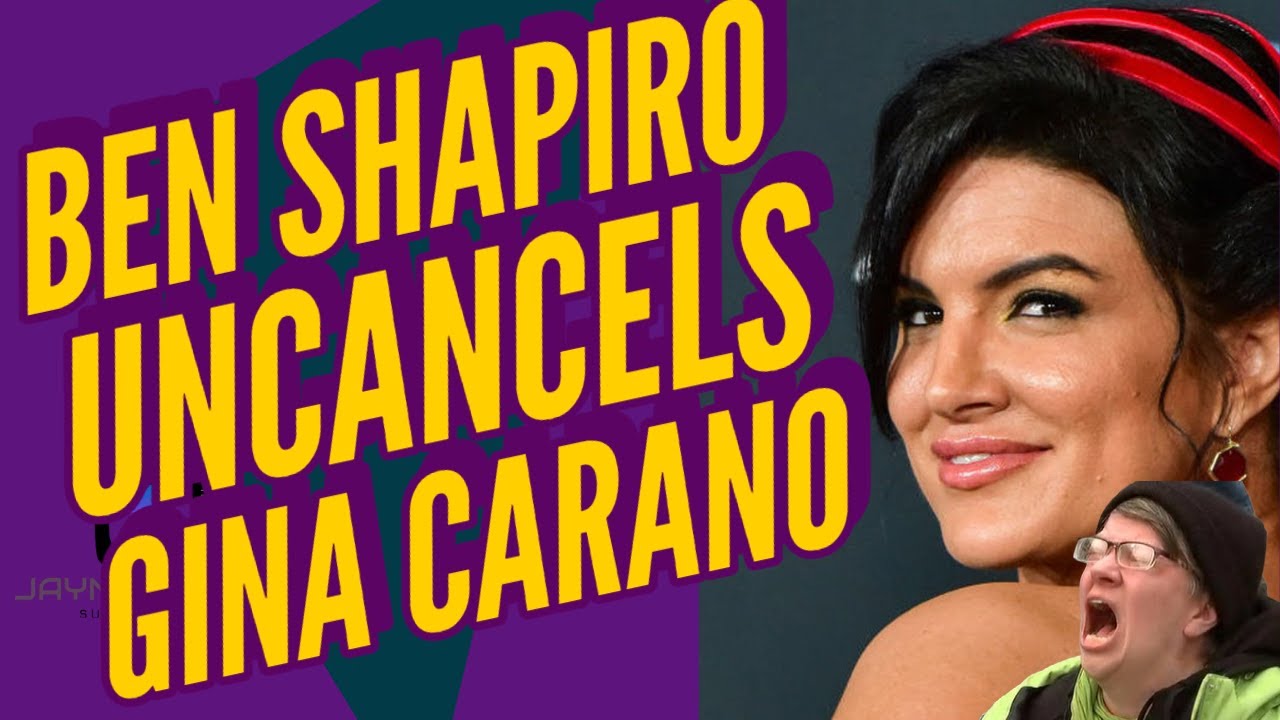 Also of note this past week, this report concludes, was the Republican Party picking up another seat in the US House when a judge ruled against socialist Democrats and gave an election victory to Claudia Tenney in New York’s 22nd Congressional District—which means the US House will have 221 Democrats, 212 Republicans and two vacant seats—a fact so enraging to socialist House Speaker Nancy Pelosi, that yesterday when she swore into office Congresswoman Tenney, she banned Tenney’s Naval Academy graduate son from being able to attend his mother’s swearing in ceremony—a vile act responded to by the National Republican Congressional Committee releasing their plan to retake the US House from Pelosi in the 2022 midterm election—a plan specifically targeting 47 of the most vulnerable House Democrats, and comes at the same time articles are now appearing like “Democrats Already Worried About Landslide 2022 Loss, Fear Getting ‘Caught With Our Pants Down’”—though striking the most fear into the heart of these socialist Democrats are the articles now appearing like “Joe Biden’s Approval Ratings Are More Polarised Than Donald Trump’s”, that warns: “Despite his efforts, he may be unable to unite America”—a warning being joined to the socialist Democrats’ absolute terror being caused by other articles like “DeceptiCons Perplexed, President Trump Support Not Waning – Retribution to GOP Increasingly Likely” and “It Is a Lot More Likely That Trump Purges the GOP Establishment Than Him and His Supporters Being Purged by Them”—though most critically to notice, is that while these socialist-leftist forces have rampaged across America with bans and censorship, they’ve effectively created an entirely new truthful news information system that’s ignoring everything they say—with the latest example being the leftist Facebook alternative non-censoring social media site Gab posting a message this past week saying: “Testing out the first Gab TV hardware device to transform your TV into a free speech device so you can cancel cable and get that degenerate garbage content out of your home and away from your children…Oh yes, we are serious”. 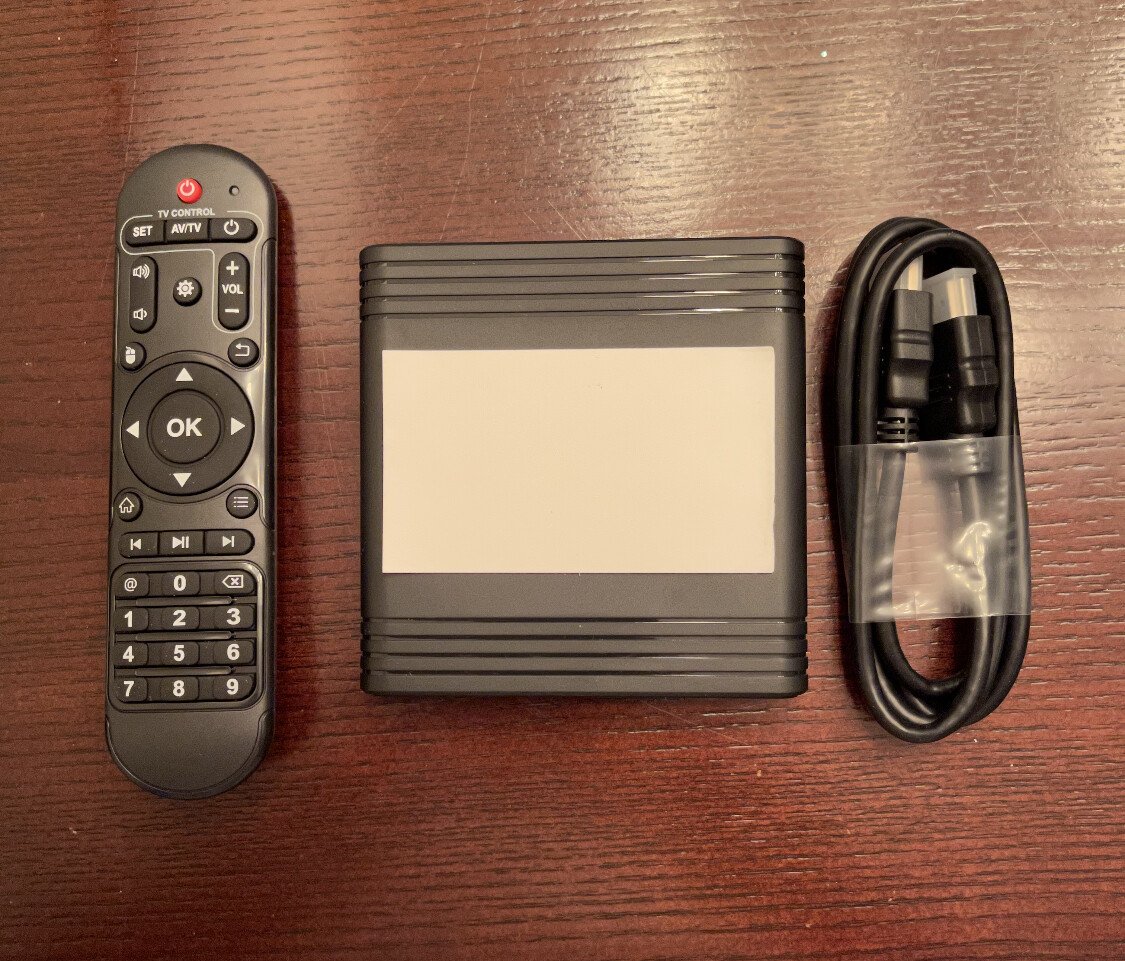 Non-censoring social media site Gab posts picture (above) of the television device they’re testing to shut out from American homes leftist-socialist propaganda, and says: “Oh yes, we are serious”.

February 13, 2021 © EU and US all rights reserved. Permission to use this report in its entirety is granted under the condition it is linked to its original source at WhatDoesItMean.Com. Freebase content licensed under CC-BY and GFDL.