A compelling new Security Council (SC) report circulating in the Kremlin today first taking notice of the article just published by American economic analyst Tom Luongo entitled “Great Reset? Putin Says, ‘Not So Fast’”, says his initial question asking “Did you happen to catch the most important political speech of the last six years?” regarding the remarks made by President Putin to the World Economic Forum last month, was astute because of its noticing what it was preceded by—specifically President Putin’s speech 29 September 2015 speech before the United Nations where he excoriated the Obama-Biden Regime for starting the needless war in Syria and asked them directly “Do you understand what you have done?”—a direct question needed to be answered because this needless war was the beginning of the voluntary disconnection of Russia, China and Iran from the West.

And is why in his article Luongo correctly notes the present reality being: “Russia is a country on the rise, so is China...Once their ties are embedded deeply enough to stabilize its economy, so too will Iran rise...Together they will lead the central Asian landmass out of the nineteenth-century quagmire that exists thanks to British and American intervention in the region”—and to President Putin’s remarks to these Western global elites last month, sees Luongo accurately noting: “Putin literally laughed at the idea of the “Great Reset” Fourth Industrial Revolution – the idea of a planned society through AI, robots and the merging of man and machine – He flat-out told them their policies driving the middle class to the brink of extinction over the COVID-19 pandemic will further increase social and political unrest while also ensuring wealth inequality gets worse”.

A brief remembrance of truth provided by Luongo needed for one to understand why this morning Foreign Minister Sergey Lavrov declared that Russia ready to cut ties with the European Union if Brussels initiates it, and then issued them the stark warning: “If you want peace, prepare for war!”—a war warming coming during the same week socialist leader Joe Biden ordered the US Navy to test fire Trident nuclear missiles off the coast of Florida—now sees the British government reporting that its insane COVID lock down policies have caused the biggest economic slump their nation has seen in 300-years—that’s been joined by Japan having to report it’s now created the new government post of “MINISTER OF LONELINESS” amid rising suicide rates due to the self inflicted COVID crisis—and yesterday saw Russian Permanent Representative Ambassador Alexander Lukashevich having to shockingly report to the Organization for Security and Cooperation in Europe (OSCE) that: “A political crackdown has begun in the United States”.

A “political crackdown” whose center stage attraction is a genuine Soviet-era “show trial” of President Trump—which yesterday saw socialist Democrats wrapping up their case without presenting any actual evidence—evidence that was needed because these deranged socialist Democrats claimed that an “Armed, Angry Mob” stormed the US Capitol when they knew no guns were ever present at this “mostly peaceful” protest—and when faced with the fact that President Donald Trump told his supporters to “protest peacefully and patriotically”, saw these socialist Democrats creating a new standard saying President Trump is guilty of “inciting” the Capitol riot because he rejected the election.

With the absurdity of this “new standard” of rejecting the results of an election being a cause of “incitement” applying to every socialist Democrat and leftist media outlet that rejected President Trump’s election in 2016, it was no wonder that the US Senators hearing this lunacy yesterday struggled to stay awake—and further makes it no surprise that in today’s leftist New York Times article “House Managers Rest Their Case Against Trump, but Most Republicans Are Not Swayed”, it’s reporting that this “show trial” has imploded, and sees it stating: “Members of both parties were coalescing around a plan to bring a quick end to the trial with a vote on guilt or innocence as early as Saturday”.

After this imploded “show trial” adjourned yesterday, US Senators Lindsey Graham, Mike Lee and Ted Cruz, were seen entering a room to meet with President Trump’s attorneys—a meeting, no doubt, used to finalize the presentation being made today in defense of President Trump, that’s expected to last less than 4-hours—and which in needing to be urgently addressed is the fearsome statement made by socialist House Impeachment Manager US Congressman Ted Lieu—who beyond belief said that the thousands of heavily armed combat troops in Washington D.C. are being kept there until the American people accept without question the results of this stolen election—a shocking revelation responded to by President Trump’s former campaign manager Steve Bannon, who declared: “We Will NEVER EVER Concede – Because You STOLE THE ELECTION! And You Brag About It!”—and makes it clear why articles are now appearing like “Troop Deployments In Washington Are A Disaster Waiting To Happen”, wherein it states the truth: “Tyranny in form is the first step towards tyranny in substance”.  [Note: Some words and/or phrases appearing in quotes in this report are English language approximations of Russian words/phrases having no exact counterpart.] 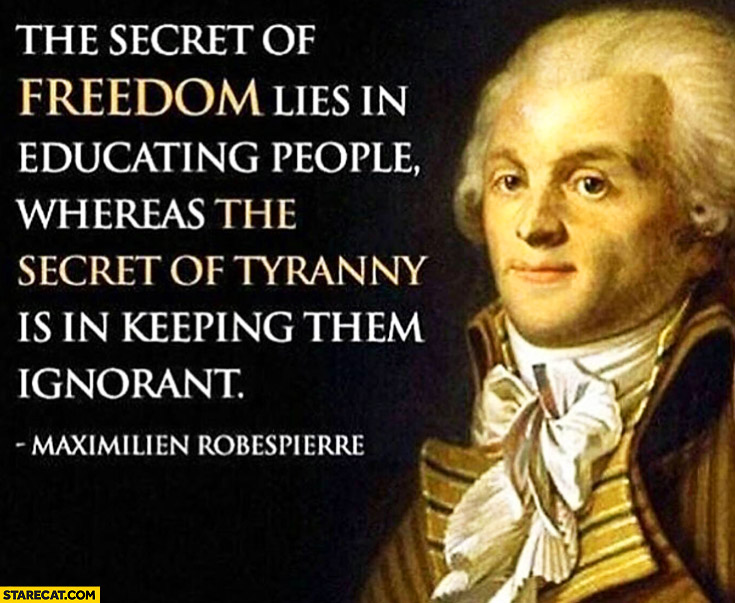 According to this report, with the French Revolution “Incarnation of Terror” statesman Maximilien Robespierre having observed during his bloody reign that: “The secret of freedom lies in educating people, whereas the secret of tyranny is in keeping them ignorant”, the socialist forces beholden to their leader Biden have unleashed to full effect this truism upon the American people in order to slip the yoke of tyranny upon them—best exampled this past week alone when leftist big tech giant Google ordered its video service YouTube to block from the American people US Senate hearings because it didn’t like what was being said—after which the free speech newspaper New York Post published a bombshell story revealing that socialist Democrat Party leader Governor Andrew Cuomo deliberately hid COVID nursing home deaths so federal prosecutors wouldn’t discover his crimes against humanity—and to keep the American people ignorant of this crime, sees it now being reported about their nation’s top leftist television news broadcasters: “Instead of covering Cuomo’s deadly incompetence, ABC gawked at police horses that ran down a street…CBS focused on a frivolous story about the British royal family…And over on NBC, they showed off an art museum…A true showcase of their priorities”.

To understand the insidiousness of this socialist plot to keep the American people ignorant of true things, this report details, it bears remembering that this past year leftist CNN released a Trump supporter’s name into the public domain and showed her house number so she could be harassed—an act CNN was not punished for in any way whatsoever—but when the whistle blowing site Project Veritas released a video showing a top Facebook executive admitting his crimes this week, leftist big tech giant Twitter permanently banned them because this Facebook executive’s house number was visible in the video.

Adding to this socialist crackdown on truth, this report details, leftist big tech giant Google then ordered YouTube to delete and ban America’s largest pro-life channel for no reason—that was followed by reports of elderly people dying after receiving a COVID vaccine, and other reports of people developing rare blood disorders after receiving a COVID vaccine—troubling reports about COVID vaccines that were documented by Robert Kennedy Jr., that is until this week when leftist big tech giant Facebook ordered its Instagram service to remove Kennedy’s account and its over 800,000 subscribers—an astonishing move made against Kennedy, as he’s the nephew of publically executed President John F. Kennedy—which bears noticing because globally renowned filmmaker Oliver Stone has just reported that his new documentary about the murder of President Kennedy is being blocked in America.

As to the extent of this socialist crackdown on truth, this report explains, it’s best evidenced in the just published leftist New York Times screed “Can We Put Fox News on Trial With Trump?”, wherein it screams: “Fox helped sell Trump’s lie about a stolen election…As America debates whether to hold former President Donald Trump accountable for inciting insurrection, what about his co-conspirator Fox News?”—though in factual reality, all Fox News has done is report on truthful things found in other articles like “Houston Voter Handwriting All Looks The Same” and “Dominion Owned Machines Removed 6% of Votes from Each Windham, New Hampshire GOP Candidate – Same Machines Used in 85% of Towns”—which in normal and free nations is otherwise known as news. 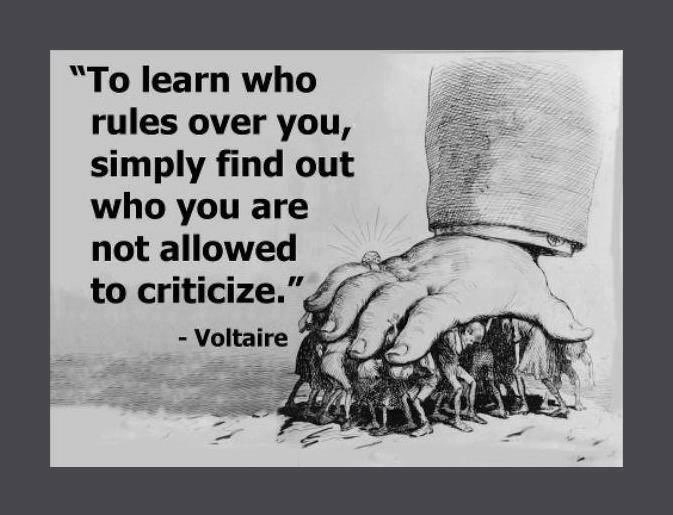 With famed American scholar Professor Michael Rectenwald having just noted that “if the American establishment was an individual, it would be diagnosed as clinically insane, likely suffering from delusions of persecution and paranoia”, this report concludes, the effects of this mental disorder is now crashing headlong into the American people causing them untold pain and suffering—20-million of whom are now jobless as unemployment rapidly rises in the US and while socialist Democrats prosecute their “show trail”—and couldn’t come at worse time, as a brutal polar front has moved into the Heartland of America and created the highest demand for propane in nearly two decades—further sees panic spreading across the Heartland of America as natural gas prices explode to their highest level in over seven years—also sees these Americans about to be slammed by a bull market in oil that will skyrocket the price they pay for a gallon of gasoline—all of which explains why a new poll has found that the majority of Americans expect their economy to worsen under socialist leader Biden—though most unfortunately for these under socialist siege Americans, still sees them failing to grasp such simple truths as explained in the Wall Street Journal article “Who’s a Threat to ‘Our Democracy’?”—wherein it states the truth: “Americans are living through a kind of informational dystopia…When progressives refer to “our democracy,” what they mean is their democracy…To be a member of their democracy, one has to share their beliefs…If you’re not in, you’re out…And if you’re out, they may come after you for being a threat to democracy”.

February 12, 2021 © EU and US all rights reserved. Permission to use this report in its entirety is granted under the condition it is linked to its original source at WhatDoesItMean.Com. Freebase content licensed under CC-BY and GFDL.