A compelling new Security Council (SC) report circulating in the Kremlin today first noting the astonishing fact there are more geese than people being seen in Washington D.C., says the grim analysis made by Ambassador Anatoly Antonov about the direction being taken by socialist leader Joe Biden towards Russia sees him stating: “We all have no high expectations for what awaits us...Everything that we do, we do absolutely correctly…In a calm manner and without hysteria, we are defending Russia’s national interests”—and in hearing this grim analysis, saw Foreign Minister Sergey Lavrov responding to it with the statement: “Any attempts that Russia makes to stay independent and protect its right to a foreign policy of its own and safeguard international law encounter ever stronger resistance from those Western counterparts who would like to make us obedient and force us to agree with the rather doubtful interpretations of common humanitarian values they profess, which run counter to the Russian cultural tradition…They wish to see Russia as a convenient territory for advancing their own interests in the security, economy and socio-political sphere”.

A statement then joined by Foreign Ministry spokeswoman Maria Zakharova revealing that Moscow expects the new American socialist regime to shape its policy towards Russia within a month—after which she noted: “Let’s not focus on this hysteria as on something that can cancel out, change our policy…Our policy is not formed depending on somebody wanting to hurt us, do harm and so on…This has been going on for years, decades, centuries…People, and I mean our collective West, defend their own interests…When they don’t have any opportunities for equitable competition which would be based on law, on legislation, on common rules of regulation, they move on to aggressive policy”.

As fully expected, socialist leader Biden is, in fact, quickly moving to reignite the former Obama-Biden Regime aggressive policy of endless wars—best evidenced yesterday when his socialist forces urged him to immediately end the peace deal President Donald Trump made with the Taliban to end the 20-year war in Afghanistan—that was followed by Biden forcing Ukraine to end its criminal investigations into both him and Obama so it can start a new conflict with Russia—that was quickly joined by Obama appointed US District Judge Rudolph Contreras ruling that the CIA can keep secret its funding of Islamic terrorist forces in Syria.

War moves being made by Biden coming at the same time American political and communications consultant Frank Luntz just posted a terrifying message saying: “D.C. has truly become a police state…Parents, don’t take your kids to Washington until the fences and barbed wire come down...I don’t want them to see what our nation’s capital has become...Even Moscow and Beijing don’t look like this”—then saw this terrifying message being joined by famed Federalist  senior editor Mollie Hemingway stating on live television: “I don’t think people realize how horrifying it is for many people in the country to see their Capitol surrounded by troops, while the previous president is paraded in front of cameras for a show trial…This is something that you think of as banana republic or Third World-country stuff…If it was happening in Russia, you would say that the regime is very seriously threatened”.

An actual Soviet-era “show trial” of President Trump being presided over by a US Senator-Judge who proclaimed him guilty before it began—sees President Trump being falsely accused, as it’s now known that leading Capitol rioters was a former FBI section chief who had top-secret security clearance—which explains why in reading through the 77-page impeachment document against President Trump it contains 75 lies—and further explains why socialist Democrats in the first day of this “show trial” presented as evidence a doctored video filled with lies and distortions—the most disgusting of which was a video slide claiming that “7 People Lost Their Lives” in the Capitol siege—but whose real truth shows that four Trump supporters were killed and one police officer lost his life for still undisclosed reasons.

Lies first responded to by Trump attorney Bruce Castor, with the most charitable analysis of his remarks being described in the article “Trump's Impeachment Defense Was a Dumpster Fire Today, But I’m Not Sure It Matters”—though in the first few minutes of his speech, saw it being best described in the article “Trump’s Attorney DESTROYS Democrats To Their Faces Over Second Impeachment”.

Most important to notice is that yesterday’s opening of this “show trial” wasn’t an actual defense of President Trump, rather it was a hearing to decide if it was constitutional—which by a vote of 56-to-44 the US Senate decided it was—and in this vote saw six Republicans siding with socialist Democrats—though strategically, sees these Republicans, who already know they’ll never be elected again, making their votes to ensure that what is being done to President Trump can be turned around on socialist Democrats once they are back in power.

While viewing the first day of this “show trial”, one of the best responses to this farce was given by Donald Trump Jr.—though most interestingly to notice is this “show trial” being a ratings flop as only 15% of the American people say they plan to watch it—and explains why today it’s being noted about the first day of this “show trial”: “You know what the two biggest stories of the day were?...A viral video of a zoom call where a lawyer accidentally had a cat filter on and another video of one of Trump’s lawyers drinking water…That should tell you how serious this impeachment actually is...No one outside the beltway cares about this”.  [Note: Some words and/or phrases appearing in quotes in this report are English language approximations of Russian words/phrases having no exact counterpart.] 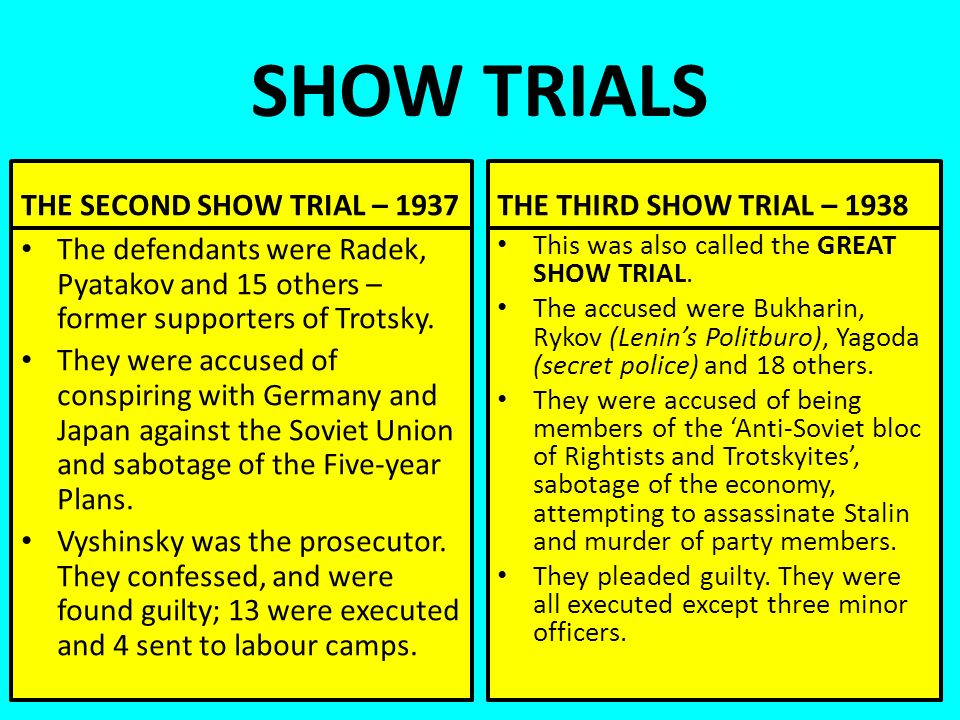 Socialist show trials are designed to purge from existence all political opponents daring to confront the existing regime.

According to this report, unlike in the former Soviet Union where citizens were forced to follow “show trial” proceedings, the American people that are tuning out this same thing happening to President Trump are now being retaliated against by leftist big tech giant Google, that yesterday escalated its censorship of truthful news and factual information—and while watching, has now caused French President Emmanuel Macron to join the numerous French intellectuals and journalists who are warning that “out-of-control woke leftism of US campuses and its attendant cancel culture poses a grave threat due to the social strife it creates”—and sees President Macron exactly warning that “American woke leftism is an existential threat to France that fuels secessionism, abets Islamism, gnaws at national unity and attacks France’s intellectual and cultural heritage”.

Confirming President Macron’s dire assessment of how Biden’s leftist-socialist forces are tearing America apart, this report details, is the alarming just released Zogby Poll showing that both sides of the American political spectrem agree that the United States is headed for bloodshed and teetering on the brink of civil war—a civil war being fueled by demonic socialist mainstream media propaganda, best exampled by leftist CNN host Anderson Cooper outrageously comparing the Capitol riot to the Rwandan genocide that slaughtered over 800,000 people in just a few months during 1994—further exampled by the leftist New York Times claiming that: “The current Republican Party is an existential threat to the continuation of America democracy due to its bloc of voters that are not only alien to the American system of governance, but are toxic to it because they have a fervent opposition to liberalism and racial and cultural change”—and exampled by the leftist newsletter Axios, that is now calling for “keeping Republican Party members out of the institutions where they could do the greatest damage — like the military, police departments and legislatures” as a punishment for them “providing help for those who have embraced dangerous ideologies”.

While watching this vile socialist-leftist propaganda dehumanizing assault being launched against them, this report notes, great masses of the American people are now awakening to the horror of its just being revealed that the CDC inflated COVID deaths by over 1,600% in order to harm President Trump during the election—a crime aided by leftist big tech censorship—that’s still continuing, as evidenced by Facebook outrageously now banning videos proving election fraud by labeling them as containing “nudity” and “sexual activity”—a banning of truth explaining why Facebook’s free speech social media rival WeMe has gained over 2.5-million new users in the past week—and when noticing, caused leftist social media giant Twitter to do a comic u-turn and say they won’t block journalists, activists, and politicians in India to protect free speech—a non-censoring stance Twitter won’t afford to American journalists, activists and politicians—which explains why Twitters free speech rival Telegram has just rocketed to become the number one download in the world—and also explains the rapid rise of the newly-created Block the New York Times app, that allows users to sign up and block 800 of the worst New York Times writers. 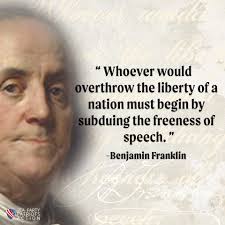 If held to the same leftist media standard imposed on President Trump, this report concludes, it bears noting that more Americans have been killed by COVID in 20-days under socialist leader Biden than died in the Vietnam War—deaths having no actual meaning to Biden, as evidenced by his yesterday using the “show trial” as a cover to rescind President Trump’s reform to boost access to Opioid addiction help—a shocking action by Biden that only helps Communist China as it keeps flooding America with opiates—that Biden then followed by his beyond belief canceling a plan put in place by the Trump administration that would track the rising influence of the Chinese Communist Party in the US education system—all of which took place following the most watched event in American called the Super Bowl, wherein was shown an advertisement narrated by radical socialist fading rock star Bruce Springsteen—an advertisement that ends with an outline of the continental United States and text that appears with the words, “To The ReUnited…States of America”—but most shocking to notice about saw standing between these words the 5-pointed Red Star of the Chinese Communist Party—which explains why this week’s Super Bowl ratings crashed to its lowest level since 1969—and is understandable when one remembers that the greater masses of the American people aren’t as stupid as Biden and his socialists think they are. 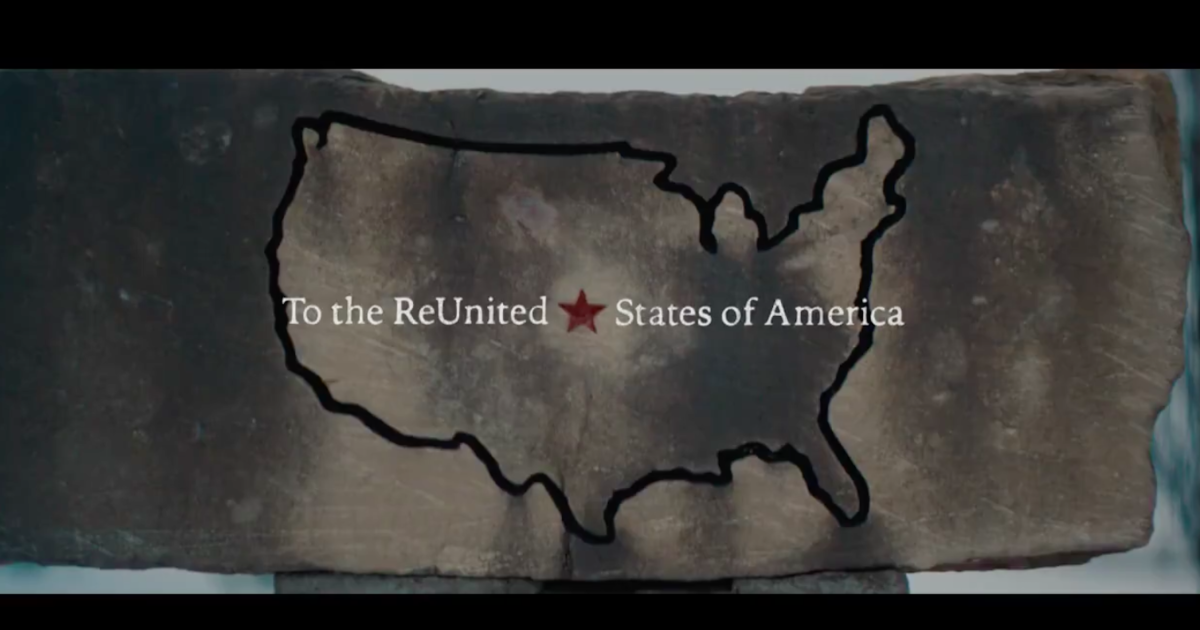 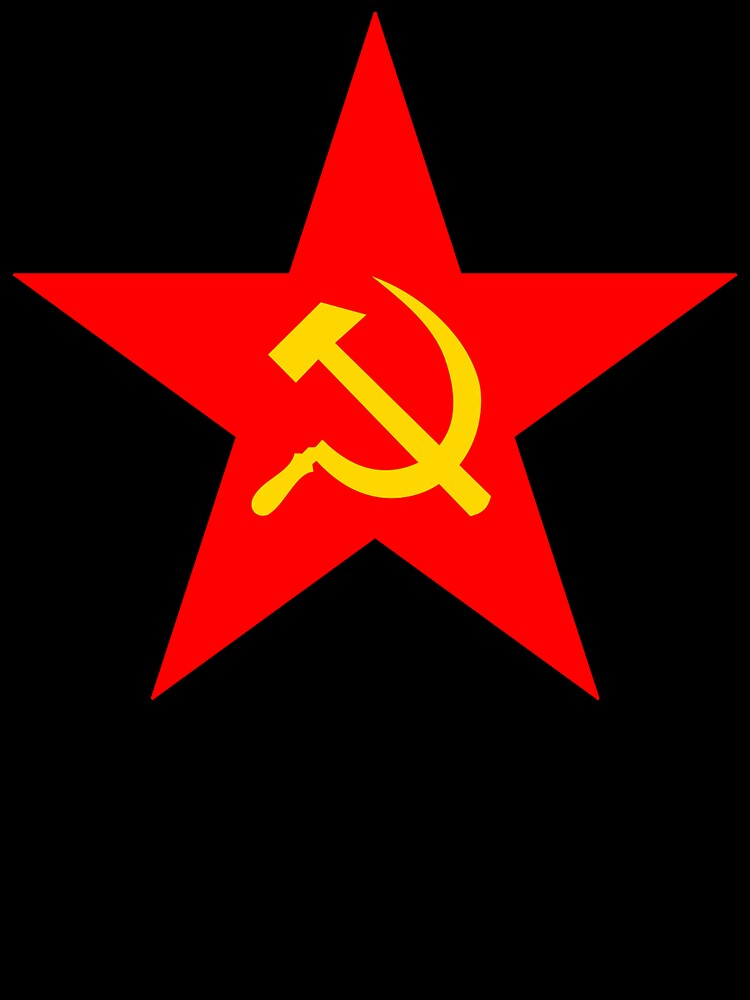 February 10, 2021 © EU and US all rights reserved. Permission to use this report in its entirety is granted under the condition it is linked to its original source at WhatDoesItMean.Com. Freebase content licensed under CC-BY and GFDL.