A very blunt new Ministry of Defense (MoD) report circulating in the Kremlin today detailing the current compliance of the “Agreement on Northeast Syria” memorandum of understanding reached after marathon talks between President Putin and Turkish President Recep Tayyip Erdogan yesterday in the Black Sea city of Sochi, states US Secretary of State Mike Pompeo has just confirmed Kurdish PKK/YPG terror group forces have withdrawn from the area in northern Syria where Turkey has been conducting Operation Peace Spring, and US military officials have informed their Turkish counterparts about the withdrawal—a withdrawal in accordance with the agreement reached by Putin and Erdogan mandating that at Noon on 23 October 2019, Russian military police and Syrian border guards will enter the Syrian side of the Turkish-Syrian border, outside the area of Operation Peace Spring, to facilitate the removal of Kurdish forces and their weapons to the depth of 30 kilometers  (18.5 miles) from the Turkish-Syrian border, which should be finalized in 150 hours—and at that moment, joint Russian-Turkish patrols will start in the west and the east of the area of Operation Peace Spring with a depth of 10 kilometers (6.2 miles), except Qamishli city—all of which is supported by the peoples of this region who say “No One Wants War”—but is accompanied by Presidential Spokesman Dmitry Peskov making it absolutely clear that if Kurdish forces fail to pull out and withdraw their weapons, “then Syrian border guards and Russian military police officers will have to pull back”—after which “the remaining Kurdish units will be crushed by the Turkish military machine”.  [Note: Some words and/or phrases appearing in quotes in this report are English language approximations of Russian words/phrases having no exact counterpart.] 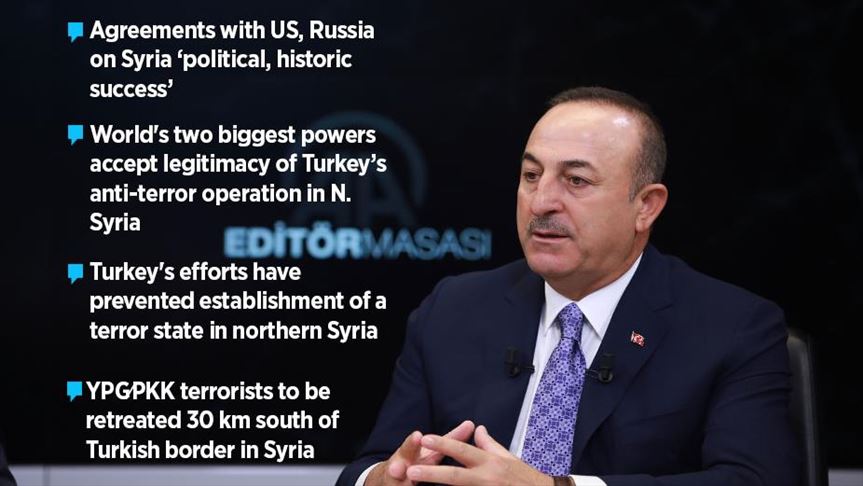 According to this report, the most concise explanation for the American people to understand what is now occurring in Syria is contained in the US policy paper titled “The Four A's Of American Policy Failure In Syria” wherein it notes that the Turkish incursion into Syria is the direct manifestation of the four A’s that define the failure of American policy in Syria—Afghanistan, Astana, Adana and Ankara—as it represents the victory of Russian diplomacy over American force of arms—a hard pill for most Americans to swallow, which is why many of them are now busy crafting a revisionist history that both glorifies and justifies failed American policy by wrapping it in the flag of their erstwhile Kurdish allies.

While the first of these four A’s identified as Afghanistan represents the epitome of covert American meddling in regional affairs, this report explains, it stands in direct opposition to the second of these four A’s which is Astana—the capital city of Kazakhstan which, since 2017, has played host to a series of summits that have become known as “The Astana Process”—a Russian-directed diplomatic effort designed to facilitate a peaceful ending to the Syrian crisis.

To fully understand “The Astana Process”, however, this report notes, one must know about the third of these four A’s called Adana—which refers to the Adana Agreement signed between Syria and Turkey in 1998 that kept them from going to war with each other—a conflict started when Turkey threatened to dam the Euphrates River and cut off water to Syria—that Syria countered by their arming Kurdish forces who began attacking Turkey—the peaceful resolution of which brokered by Egypt and Iran saw Turkey and Syria entering into a reciprocal deal in which both refrained from engaging in military activity that would jeopardize each other's security—saw Syria declaring its Kurdish forces terrorists and expelling its leader to Turkey, who imprisoned him for life—and that gave Turkey the right to chase Kurdish fighters up to 5 kilometers (2 miles) inside the border with Syria—but they couldn’t remain for long—thus making Turkey’s current Operation Peace Spring a legal military engagement under international law.

Though Turkey had the legal right under the Adana Agreement to enter Syria to force back Kurdish forces from their border, this report details, they stood in silence while the Americans illegally entered into Syria to arm the Kurds in their attempt to bring down the Syrian government—a fateful decision as while Syria was battling against these US-backed terrorist forces, its armies weren’t able to stop barbaric ISIS terrorist from crossing the Iraqi border and taking large swaths of its country—that in turn caused the US to turn its terrorist forces away from trying to topple the Syrian government and begin battling against ISIS in both Syria and Iraq—and during which time, allowed Russian air power, along with Shiite militia forces from Iraq, Iran and Lebanon, to protect the Syrian government and the hundreds-of-thousands of Christian peoples who had fled from all over the Middle East to Syria for protection from the Obama-Clinton Regime who was trying to eradicate them—and was why Russia declared a “Holy War” against ISIS and entered Syria.

By knowing these truths and facts, this report further explains, the last of these four A’s—Ankara— can be understood—the most crucial of them all when it comes to understanding the demise of the American position in Syria—as with Ankara being the Turkish capital—in September-2019 it played host to the summit between Putin, Erdogan and Iran’s President Hassan Rouhani— the ostensible focus of which was to negotiate a ceasefire in the rebel-held Syrian province of Idlib, where Turkish-backed militants were under incessant attack by the combined forces of Russia and Syria—but whose real purpose was to facilitate an endgame to the Syrian crisis—an endgame that needed Turkey to exert its legal right to enter Syria to force out the Americans who started all of this madness—and in exchange for, saw both Russia and Syria agreeing to redeploy their forces away from attacking Turkish-backed militants to, instead, patrol the border between Turkey and Syria. 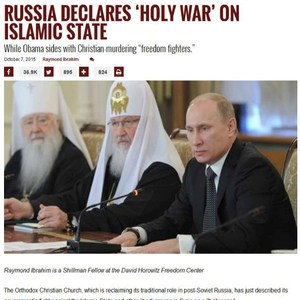 Though Turkey’s military forces in their Operation Peace Spring offensive have forced US, French and British occupation forces to withdraw from the Syrian al-Jazeera region, this report concludes, the main base they hastily retreated from remains intact in spite of their claims to have destroyed it—a base from which the Americans deployed their terrorist forces to capture Syria’s oil fields and now say they intend to keep for themselves—and whose oil these US-backed terrorists are outrageously selling to the Syrian government they’ve stolen it from—and when combined with President Trump having just given $4.5 million to the White Helmets terrorist organization in Syria—combine to reinforce the growing belief that Trump's withdrawal gambit from Syria is, in fact, his “Anti-Impeachment Card”—an impeachment coup pitting Trump against his warmongering Deep State shadow government who want to continue endless wars to enrich themselves—and if Trump plays this card to get them off his back, would see his enemies backing off from their attempts to overthrow him—but whose downside risks World War III as the world is fast uniting to end America’s endless wars themselves. 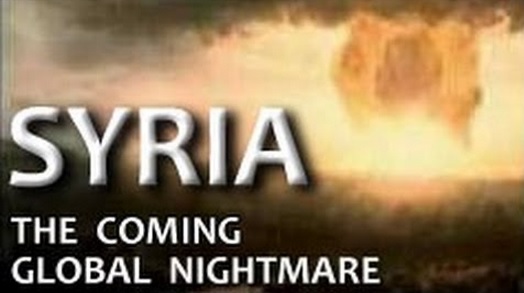 October 23, 2019 © EU and US all rights reserved. Permission to use this report in its entirety is granted under the condition it is linked  to its original source at WhatDoesItMean.Com. Freebase content licensed under CC-BY and GFDL.