In what can only be filed under the heading “You Knew This Was Coming”, a new Ministry of Foreign Affairs (MoFA) report circulating in the Kremlin today noting President Putin having accepted a call from Turkish President Recep Tayyip Erdogan, states that Erdogan promised to withdraw his troops from Syria after defeating the terrorists—a promise that initiated a meeting between Russia, Syria and Iraq diplomats to put in place Russia’s position that only Syrian troops should be located on the border between Syria and Turkey—a position agreed to by Erdogan who said that Turkey will continue its operation in Syria despite possible military sanctions—but are military sanctions not being imposed by the United States who dropped them against Turkey less than 24-hours after imposing them—and is due to American forces in Syria needing to flee so suddenly, they left behind intact their multi-million base with all of its equipment and the personal effects of its soldiers—a fleeing of these US soldiers fully expected to occur because they “suddenly realized” that their propped up Islamist “moderate rebels” are actually terrorists who are now launching a “genocide” of Kurds—a genocide these radical US-backed Islamist terrorists are perpetrating under the guise of their now calling themselves Turkish-backed fighters after the Kurds reached a deal with the Syrian army to protect them—and just hours ago, saw these fleeing for their lives US soliders having to call in massive air support to protect from the same exact Islamist terrorists whom a week ago they called “moderate rebels”—but which, in fact, isn’t even the biggest irony in this whole sordid mess now occurring—as that’s reserved exclusively for President Donald Trump who, also a few hours ago, signed a resolution vetoing a socialist Democrat Party attempt to block him from protecting his own nation’s southern border—while at the exact same time, these demented warmonger leftists are demanding that Trump protect Syria’s border—an insanity not lost on the Republicans who have now dropped their revolt against Trump on Syria.  [Note: Some words and/or phrases appearing in quotes in this report are English language approximations of Russian words/phrases having no exact counterpart.] 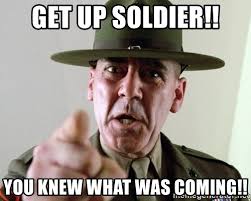 According to this report, yesterday the Ministry of Defense exhaustively documented the history of this Middle East region showing its century long war between Kurds and Arabs was inflamed when the Obama-Clinton Regime illegally invaded Syria and cobbled together a made up army of Kurdish fighters and al Qaeda terrorists from mainly European nations—a made up army the Americans first used in their failed attempt to destroy the government of Syria—and when President Trump came to power, saw him them using them to destroy the ISIS Caliphate—but who while operating under the Obama-Clinton Regime, saw this made up US-backed terrorist army rampaging through northeast Syria to throw millions of Syrian Arab peoples from their homes and land in what Amnesty International designated a war crime. 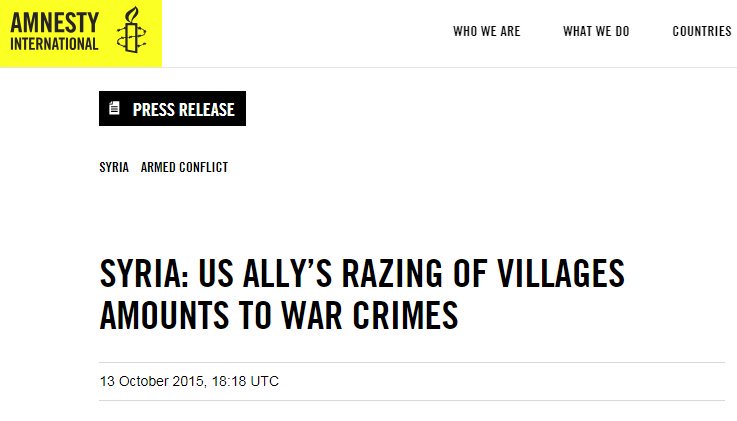 After this US-backed made up army defeated the part of the ISIS Caliphate in their sphere of operation (Eastern Syria), with the other sphere (Western Syria) being won by Syrian military forces under Russian air cover, this report continues, not being told to the American people was that the only reason their military forces were in Syria was to keep the Kurdish and radical Islamist factions of this made up army from killing each other—with the majority of the Kurd fighters being actual citizens of Syria—as opposed to the Islamist terrorists whose majority of came from Europe—and because of, has kept millions of Syrian citizens trapped in Turkey from being able to return to their homes, villages and cities.

The most important home-city these Syrian citizens trapped in Turkey want to return to, this report details, is Manbij— a city in the northeast of Aleppo Governorate in northern Syria that’s 30 kilometers (19 miles) west of the Euphrates—which has been a target for most of the players in Syria's conflict due to the supply lines that run through it—has frequently changed hands during the course of the war—after being seized by US-backed rebels, then saw it captured by the ISIS Caliphate—who then, in turn, lost it to the US-backed made up army—and because it’s situated adjacent to the M4 highway (a major commercial route that connects the western port city of Latakia to Aleppo, Raqqa and oil-rich Deir Az Zor in the east) controlling it is vital to helping rebuild the Syria’s war-ravaged economy—today is under the full control of Syrian army—and who are being aided by Russian military police patrolling between Syrian and Turkish army forces to keep the peace. 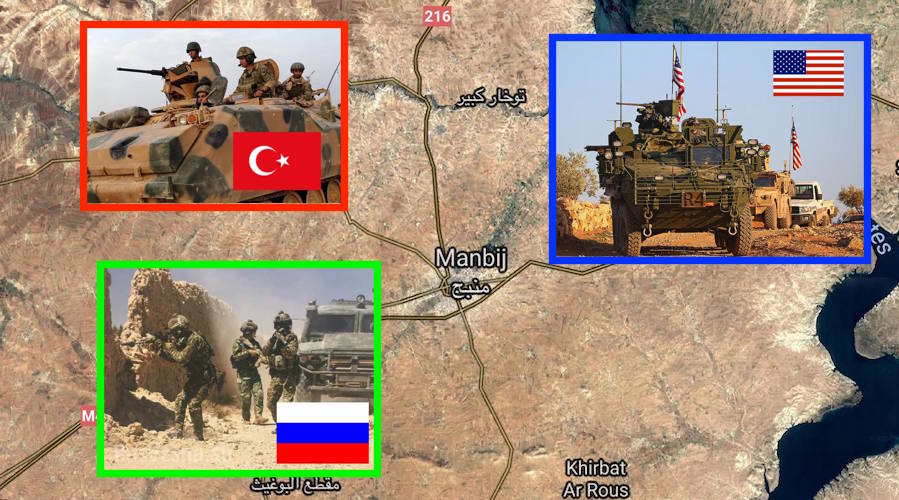 Of all the major powers involved in this conflict, this report notes, the United States remains the odd man out as it has absolutely no right to be in Syria in the first place—unlike Russia and Turkey who were asked by the Syrian government to come into their country to protect and save it—and is exactly what Saudi Arabia, Kuwait and Bahrain have done with the Americans whose military forces protect them.

Most dangerously imbecilic, however, this report concludes, are the radical leftist forces in America demanding that President Trump keep US military forces in Syria—but whose nonsensical reasons for making this demand are as insane as they are dangerous—most particularly their absurdly claiming that only the US can prevent a resurgence of the ISIS Caliphate, that stands opposed to over 250,000 Russian, Turkish, Syrian, Iraqi and Iranian military forces in place to keep such a thing from ever happening again—as well as these insane leftists outlandishly claiming the Kurds are now going to be massacred because US troops are not protecting them—but whose reality shows the only threat these Kurds face are from the US-backed Islamists now trying to kill both Kurds and US troops so these American socialist warmongers can scream “We Told You So!”—thus making it clear why President Erdogan has just declared “They say declare a ceasefire—We will never declare a ceasefire”—and why Russian forces are fast chasing down the last remnants of the US-backed made up SDF army before they can inflict any more damage. 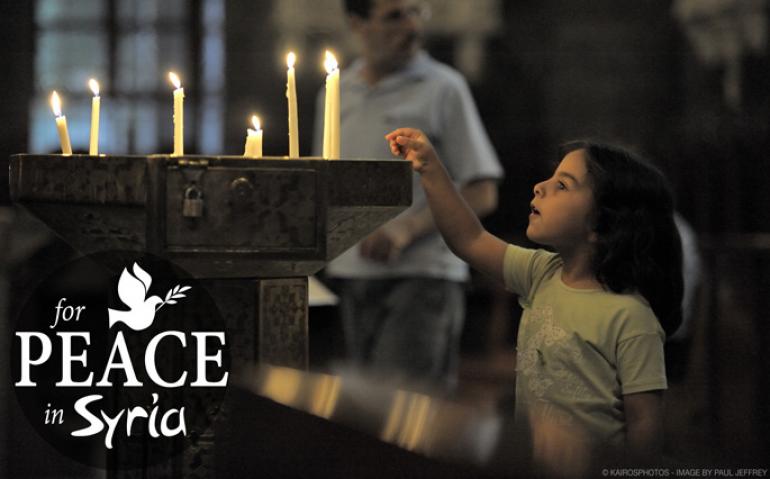 “Blessed are the peacemakers, For they shall be called sons of God.”

October 16, 2019 © EU and US all rights reserved. Permission to use this report in its entirety is granted under the condition it is linked  to its original source at WhatDoesItMean.Com. Freebase content licensed under CC-BY and GFDL.