“Era Of Western Dominance Ending” After Crashes Into Feared “3.5% Rule”

An informative new Security Council (SC) report circulating in the Kremlin today first noting President Putin signed into law a national ban on using digital assets for payments, says the move by Russia to base its economy on real currencies backed by natural resources and gold, instead of worthless paper money and imaginary internet currencies, will necessitate a complete breaking away from the Western colonial SWIFT banking system, about which top Kremlin advisor Maxim Oreshkin assessed: “The whole world was the hostage of the Western financial system because everybody got accustomed to that; it was convenient for everyone…It is fundamentally clear why Russia and China are using Dollars or Euros…Merely out of habit, so it has evolved, it was convenient…Now it is the situation when, vice versa, Yuan turnovers are soaring, Ruble turnovers are soaring....We will design such mechanisms that will further simplify the process”.

Immediately after the “Special De-Nazification Operation” to liberate Ukraine was launched, this report notes, the Western colonial powers attempted to economically devastate Russia with the biggest sanction regime in modern history, but when doing so failed to take into account that because of Russia’s world’s largest over $75-trillion in natural resource wealth, it makes it a lynchpin in the $100-trillion global economy—a Russian lynchpin that when attacked caused the value of the US Dollar to surge to its highest level in a generation crushing the currencies of all the other Western colonial powers—a surging US Dollar that has wiped out billions-of-dollars of profits from American multinational corporations—for natural resource wealthy nations like Russia, Angola, Uruguay and Brazil, their currencies have surged to historic record highs—because of the global economic distortion caused by the lunatic Western colonial powers, Deutsche Bank issued a dire warning that all of the top Western economies are headed towards recession, including the United States and Germany—in a nonsensical move, the European Commission announced it plans to ease sanctions on Russian food and grain that the Kremlin already said it would not sell to the West, then they said they would impose a ban on Russia gold that the Kremlin has already stopped trading on Western platforms—and while watching this lunacy, it caused the Western socialist-globalist financiers World Trade Organization, World Bank and International Monetary Fund to call for the removal of all trade restrictions, and warn: “The 2008 crisis taught us that imposing global trade restrictions leads directly to increases in food prices”.

As to whom the Western colonial sanctions against Russia are really harming, this report continues, it was exampled last week when French President Emmanuel Macron instructed his government to prepare a “sobriety plan” to conserve energy, which would start with turning off public lights at night, and warned his citizens: “We should prepare ourselves for the scenario where we have to go without all Russian gas...The summer, early autumn will be very hard”—a warning echoed in Germany, where its mad rush to reopen coal fired electric plants closed down because of green energy insanity has just been met with the news: “Power plants in Germany are finding it increasingly difficult to source coal amid an energy crisis that is spiraling out of control as water levels on the Rhine river keep falling…Lower water levels on the Rhine have been wreaking havoc on commodity supplies to Germany for over a week”—it now sees top German energy executive Roland Warner warning: “We must help average households and set an upper limit for energy costs...If we get social unrest the state won't be able to cope”—and today, President Klaus Muller of Germany’s Federal Network Agency bluntly declared: “Germany won’t survive without Russian gas”.

In the under socialist siege United States, this report details, oil prices climbed back above $100 as hopes of a production boost dwindle—for what the future holds, today the leftist New York Times grimly revealed: “Drivers relieved by the recent dip in gas prices may be in for a shock when the summer winds down, with energy analysts warning a fresh round of price surges could emerge as soon as October...In a worst-case scenario — in which Russia retaliates by shutting down its supply altogether — the price of oil could jump to $380 per barrel, more than triple what it is today”—still not being comprehended by American drivers is that the socialist Biden Regime is stealing their oil and flooding it into Europe, as it’s now revealed: “Europe has overtaken Asia as the biggest buyer of U.S. crude oil, importing 213.1 million barrels over the first five months of the year”—and now adding to this self inflicted American energy disaster, it’s further been revealed: “The cost of key chemicals used in pharmaceuticals, rubber, and plastics are on the rise...Refiners have been prioritizing gasoline over chemicals as demand continues to rise...In addition, crude oil to chemicals producers are feeling unprecedented cost increases due to the sky-high natural gas prices”.

With crude oil prices in Europe have already risen significantly this year, jumping 48.41% since the start of this year, while natural gas is up more than 98% from 3 January, this report notes, CEO Ben van Beurden of Anglo-Dutch global oil giant Shell warned that the Western colonial powers may have to ration energy usage—in response to this warning, top Ukrainian economic advisor Oleg Ustenko insanely declared that major global banks, including JPMorgan Chase, HSBC, Citigroup and Credit Agricole, are “committing war crimes” by financing companies that ship Russian oil—a declaration of insanity standing opposed to the factual reality that global banks are an integral part of the energy lifeline that keeps the world running, who deal with the national oil companies that control the vast majority of the world’s energy resources, about whom it’s noted: “The fact remains that most of the already discovered oil and gas in the world, two-thirds of it, is under the control of just seven companies, of which four are subject to sanctions from some of the world’s biggest oil and gas consumers in the West”.

Most critical to notice as the Western colonial powers implode under the weight of their socialist insanities, this report continues, was it just being reported: “About 33% of Trump voters in so-called red states say they’d personally fare better if their state “became an independent country”, according to a Yahoo/YouGov poll released on Friday…That compares with 29% who believe they’d be “worse off” after secession…The remaining 38% are either unsure or see themselves faring “about the same” in a newly independent state”—is critical to notice because President Donald Trump received 74,216,154 votes in the highly disputed 2020 election, that amounts 46.9% of American voters, which means that 71% of these voters wanting an independent country, or are agnostic about the issue is highly significant, specially because these 52.6-million disaffected Trump voters represent 16% of the total American population—and whose historic significance of these 16% of disaffected Trump voters was documented by world renowned Harvard University political scientist Erica Chenoweth, Ph.D., who confirmed the “3.5% Rule”, that proved it takes just 3.5% of a population to ensure serious political change.

Also critical to notice, this report notes, is that the United States isn’t the only nation now crashing into the feared “3.5% Rule”, which has overturned governments and established political parties the world over—a factual reality fearfully noticed by the leftist Washington Post, who, in their just published article “It’s Not Just Us. Western Democracies Are Fragmenting”, reveals: “Elections on a single day in France, Colombia and Spain show a pattern of disaffection with government...On the economic front, voter grievances stem from the effects of globalization on middle- and working-class wages, the 2008 financial crisis and its aftermath, and rising inequality...On the cultural front, conflicts over pandemic policy and, in many countries, immigration policy fuel further anger and disaffection...If democracies are unable to deliver effective government, disaffection, anger and alienation will continue to grow...Even worse, that failure can draw voters to authoritarian leaders, who promise to cut through dysfunction and deliver what democratic governments seem unable to provide”.

While watching the feared “3.5% Rule” collapse governments and destroy established political parties throughout the West, this report concludes, former British Prime Minister Tony Blair, one of the main architects of Western colonial socialist-globalism, viewed the wreckage and assessed: “Western politics is in turmoil – more partisan, ugly, unproductive; and fueled by social media...China, which is already the world’s second superpower, will compete with the West...Not just for power but against our system, our way of governing and living...Beijing will not be alone. It will have allies...Russia now for sure...Possibly Iran...It is the first time in modern history that the East can be on equal terms with the West...We are coming to the end of Western political and economic dominance...The world is going to be at least bi-polar and possibly multi-polar”.  [Note: Some words and/or phrases appearing in quotes in this report are English language approximations of Russian words/phrases having no exact counterpart.] 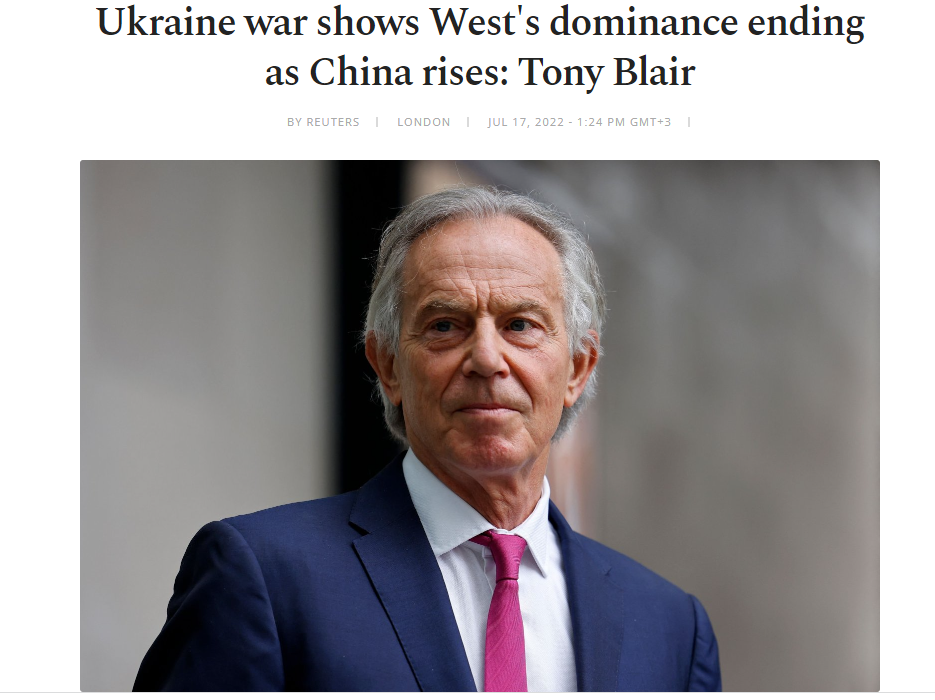 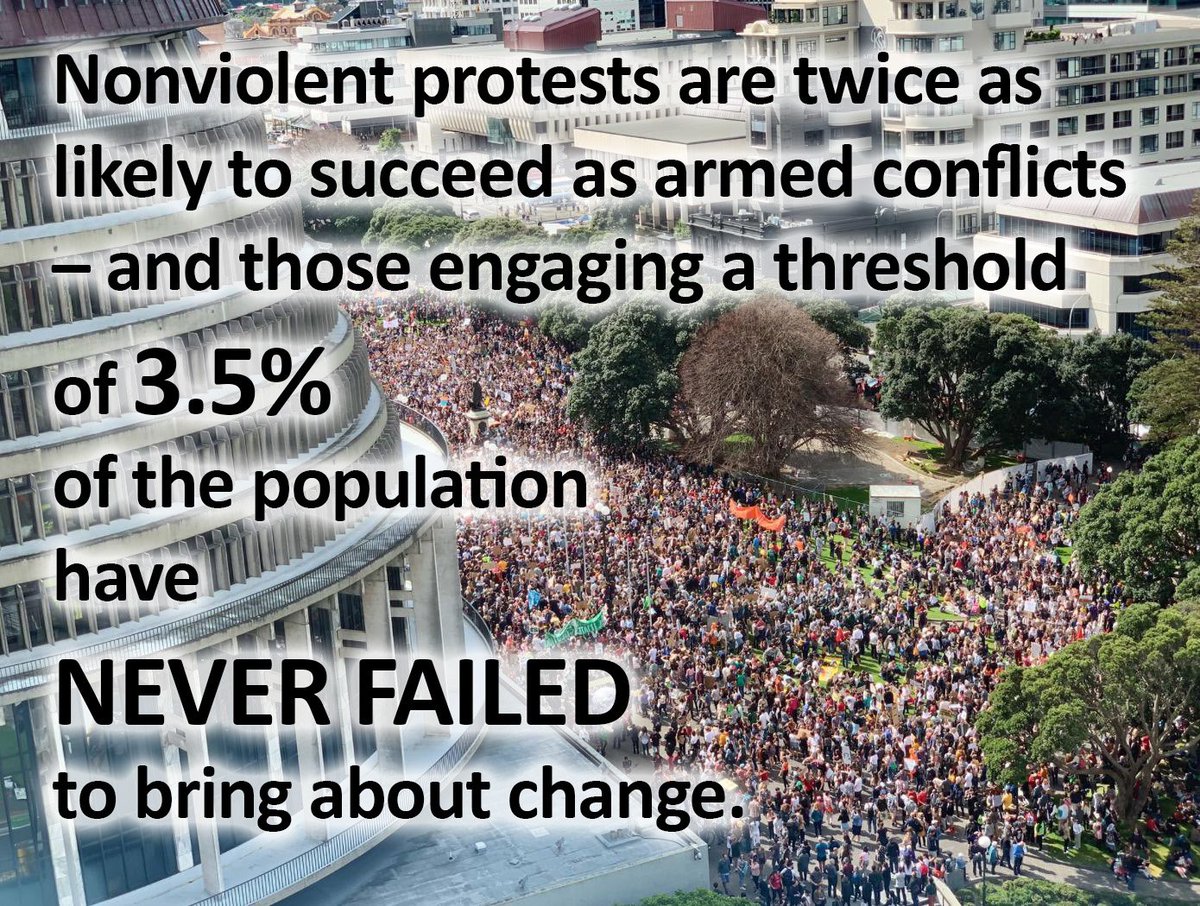 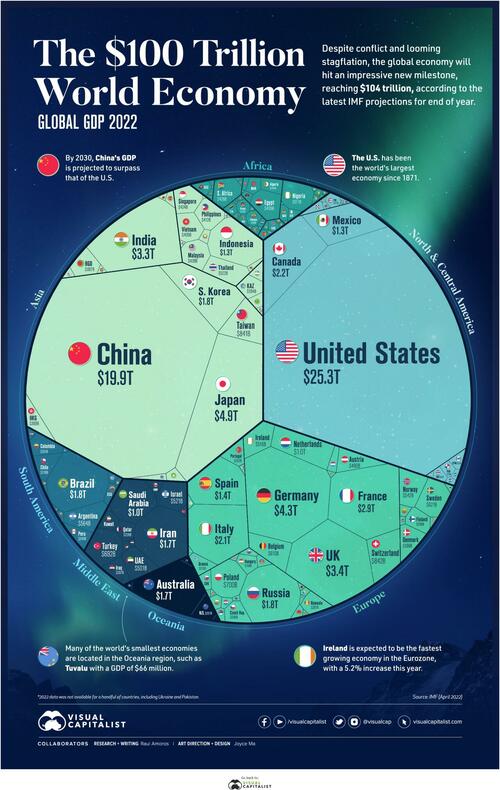 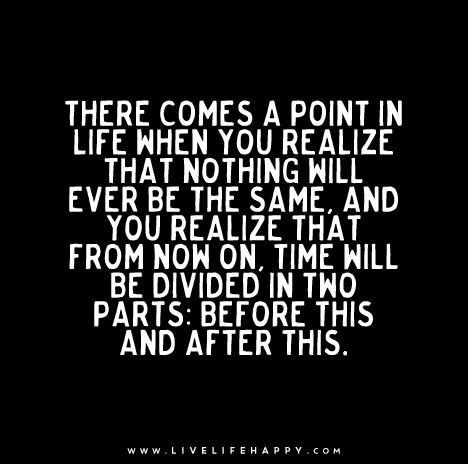 July 17, 2022 © EU and US all rights reserved. Permission to use this report in its entirety is granted under the condition it is linked to its original source at WhatDoesItMean.Com. Freebase content licensed under CC-BY and GFDL.