A beyond gobsmacking new Security Council (SC) report circulating in the Kremlin today first noting President Putin held a phone call yesterday with German Chancellor Olaf Scholz and French President Emmanuel Macron wherein he blamed Ukraine for freezing peace talks, says he then outlined to these European leaders the latest developments in the “Special De-Nazification Operation” to liberate Ukraine and described the return of normal life to Mariupol and other cities recently taken from Ukrainian forces, then he confirmed to both of them that Russia was open to a negotiated peace deal and was ready to export fertilizer and other agricultural products, but said this would require the lifting of some Western colonial-imposed sanctions.

In confirmation that Ukraine has no intention of negotiating an end to the present conflict, this report notes, this past week it saw Ukrainian Foreign Minister Dmytro Kuleba proclaiming to the Western colonial powers at the World Economic Forum: “The way out for Putin is his defeat…I understand that it may sound too radical for some politicians in Europe and in the United States, but this is the logical solution of this war…It’s either him or us and the West…There is nothing in between”—a proclamation quickly joined by top Ukrainian presidential adviser and peace talks negotiator Mikhail Podoliak declaring: “Any agreement with Russia isn't worth a broken penny...Russia has proved that it is a barbarian country that threatens world security...A barbarian can only be stopped by force...Ukraine will fight with Russia until the victorious finale”.

Instead of negotiations, this report continues, Ukrainian nationalists intend to open fire on Russian territory and blow up chemical tanks in the city of Sumy—yesterday it saw Ukrainian Defense Minister Alexey Reznikov declaring that Kiev will still win its conflict with Russia and him vowing to take back the Black Sea with foreign weapons—a vow that followed the leftist New York Times, citing unidentified US officials, reporting that the socialist Biden Regime has approved sending long-range multiple launch rocket systems to Ukraine able to strike deep into Russia—if this report is true it opens the United States to retaliatory nuclear strikes from Russia—and in response Russian Ambassador to the United States Anatoly Antonov stated: “We currently proceed from the statement of Pentagon spokesman John Kirby, who said that the final decision on this issue has not been made…We hope common sense will prevail and Washington will not take such a provocative step...Americans are well aware their actions push further away the prospects for peace…The US is being drawn deeper and deeper into the crisis in Ukraine…It has unpredictable consequences for global security”.

As to exactly why Ambassador Antonov specifically mentioned Pentagon spokesman John Kirby is contained in the classified at the highest “Of Special Importance” portion of this transcript, but whose very sparse clues about permitted to be openly discussed among various ministries reveals:

First of all, the classified at the highest level portion of this transcript deals with an “Article 86” investigation of the Constitution of the Russian Federation, which grants President Putin the sole power to direct the foreign policy of and determine the legal accreditation of diplomats.

Secondly, this “Article 86” investigation was opened on 5 February 2021, the day after the leftist Time Magazine published their shocking article “The Secret History of the Shadow Campaign That Saved the 2020 Election”, wherein it documented in detail how American leftist billionaires, tech giants and media secretly conspired to steal the November-2020 election away from President Donald Trump—in the highly classified portion of this transcript numerous articles like “Why The Jury Should Convict Michael Sussmann Of Lying To The FBI, But Probably Won’t” are mentioned, all of which detail how socialist leader Hillary Clinton orchestrated the Russiagate hoax to destroy President Trump and defame Russia—but most ominously to notice in the classified at the highest level of this transcript, it saw a decision being made about the “Article 86”  investigation on 8 May 2022, the day after the release of the documentary “2000 Mules”, which conclusively proves with video evidence how the election was stolen away from President Trump.

As to what this “Article 86” investigation concluded we don’t know, but from the sparse clues available in this transcript it can be strongly inferred that President Putin has been presented with enough evidence to determine that President Trump is the real leader of .

Among the clues we base this inference on is how the Americans reacted immediately after this “Article 86” investigation concluded—that firstly, on 13 May, saw US Defense Secretary Lloyd Austin making an urgent call to Russian Defense Minister Sergei Shoigu for the first time since the special operation began on 24 February—then, on 19 May, it saw US Joint Chiefs of Staff General Mark Milley holding a rare series of calls with Russian Chief of General Staff Valery Gerasimov—then, on 20 May, the White House issued the statement: “Today, President Biden announced that John Kirby, who is currently the Assistant to the Secretary of Defense for Public Affairs, will be the new National Security Council Coordinator for Strategic Communications at the White House”—to Russia this would be an acceptable announcement because John Kirby is a retired US Navy Admiral—and to further demonstrate to Russia that the Pentagon is now in control of the White House, and explaining why Ambassador Antonov specifically mentioned John Kirby, yesterday it saw US Joint Chiefs of Staff Chairman General Mark Milley declaring to American military forces:  “You’re not taking an oath to a dictator or wannabe dictator, or tyrant, you’re taking an oath to the Constitution of the United States of America...We have to be apolitical...We stay out of the politics of the day and we maintain our oath to the Constitution no matter what party is in power”.

In his Saturday night video address, this report notes, Ukrainian President Volodymyr Zelenskyy described the situation in the east as “very complicated” and “indescribably difficult”, then this morning Ukrainian regional officials reported that Russian forces were “storming” the key eastern city of Sievierodonetsk—a report that followed top Ukrainian presidential advisor Alexey Arestovich admitting Russian forces together with those from the Donetsk People’s Republic have taken over the Ukrainian town of Liman after the Ministry of Defense (MoD) declared yesterday that it had been “fully liberated from Ukrainian nationalists”—all of which has now been joined by international editor Steve Sweeney at the British newspaper the Morning Star returning from Ukraine to shockingly reveal: “The British media reporting on Ukraine is now incredibly restricted...You have the Times, the Telegraph, the Guardian, the BBC, Sky News, Channel 4 all really producing identical reports from Kiev and Lvov that don’t deviate at all from the government line, from the NATO line on what’s happening...The BBC’s reporting on the Azov battalion is a masterclass in fascism denial”—saw Sweeny describing what he saw in Lvov, saying “the city itself was essentially full of fascists and mercenaries, and people in military fatigues that are using civilian transport networks to enter Ukraine” from Poland—and to how the Ukrainian regime treats reporters telling the truth about these fascist Nazi forces, it saw Sweeny factually stating: “What happened to me was I was quizzed about my business in Ukraine; told that I was a spy; told that I would be arrested and tortured; and the indication was possibly worse than that, which means they would’ve potentially killed me”.

Among the truthful international reporters targeted for torture and death by the Ukrainian regime, this report concludes, is famed Chilean-American news blogger Gonzalo Lira, who, in his just posted video news report “Things Are Disintegrating (The Red Tide Is Coming)”, reveals that Ukraine has started to detain its own military commanders, and warns about what’s soon to come: “When it collapses it happens at all once”—in response to comical Western propaganda articles like “Russia Deploys 50-Year-Old T-62 Tanks To Ukraine”, that laughably claims: “With rumors of operable modern tanks shortages swirling, Russia has dipped into its stockpile of antiquated T-62s and sent them to Ukraine”, it sees truth telling American sites like Military Summary factually revealing that these older tanks are used to secure positions well behind the front lines so advanced armored Russian forces can continue advancing—and in the latest urgent war bulletins issued by the MoD, it sees the most notable of them being:

“In the past 24 hours, Russian missile and artillery troops struck 62 command posts, 596 areas of amassed manpower and military hardware, and also 52 positions of artillery and mortar units of Ukrainian nationalists”.

“In the past 24 hours, Russian operational-tactical and army aviation aircraft and unmanned aerial vehicles hit two command posts, and also 53 areas of amassed Ukrainian manpower and military equipment...The air strikes eliminated over 300 nationalists and up to 50 pieces of military and special hardware”.

“In the past 24 hours, Russian air-launched precision missiles struck three command posts, 25 areas of amassed Ukrainian manpower and military equipment and two artillery batteries at firing positions...The strikes also eliminated an Osa-AKM anti-aircraft missile system near the settlement of Nikolayevka in the Donetsk People’s Republic (DPR), a radar station for detecting and tracking aerial targets in the area of the community of Boguslavka in the Kharkov Region, five ammunition depots near Krasnogorovka and Pokrovskoye in the DPR, Severodonetsk in the Lugansk People’s Republic and Bezrukov in the Kharkov Region”.

“In the past 24 hours, long-range precision missiles of the Russian Aerospace Forces eliminated a large arms arsenal of the Ukrainian military on the warehouse premises of one of enterprises in Krivoi Rog in the Dnepropetrovsk Region”.

“In the past 24 hours, Russian air defense capabilities shot down a Su-25 plane of the Ukrainian Air Force near the settlement of Novogrigorovka in the Dnepropetrovsk Region...Russian air defense forces also intercepted a Ukrainian shell of the Smerch multiple launch rocket system in the area of the community of Malaya Kamyshevakha in the Kharkov Region”. 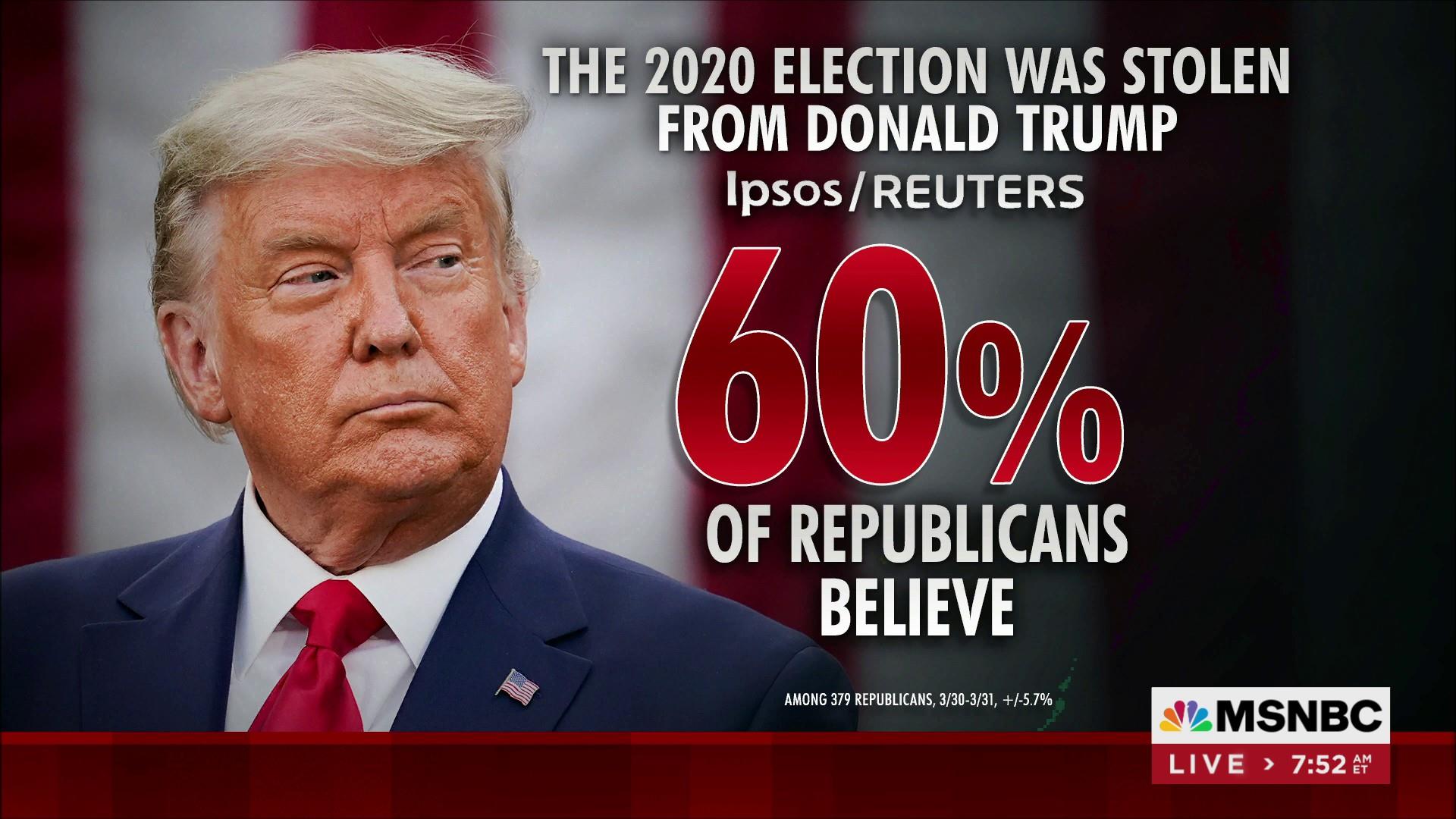 May 29, 2022 © EU and US all rights reserved. Permission to use this report in its entirety is granted under the condition it is linked to its original source at WhatDoesItMean.Com. Freebase content licensed under CC-BY and GFDL.