A fascinating new Security Council (SC) report circulating in the Kremlin today notes that on the one month anniversary of the 6 January breeching of the US Capitol by protesters, a violent uprising occurred at the St. Louis City Justice Center where its inmates set fires, threw things from broken windows and injured a guard—an uprising important to notice because it was responded to by socialist Democrat Party lawmaker US Congresswoman Cori Bush posting out the message saying: “A riot is the language of the unheard”—and is a siding with these “unheard” rioting inmates by Congresswoman Bush she has not afforded the same support to the “unheard” breechers of the US Capitol.

Was a socialist Democrat Party supported inmate uprising that was quickly followed by the conservative news outlet Gateway Pundit publishing the articles: “INSURRECTION: BLM Mob Swarms D.C. Streets, Chants ‘If We Don’t Get It, Burn It Down’”, “That Didn’t Take Long: US Borders Wide Open – Fake Asylum Seekers Walk Across Border and Are Immediately Released” and “IGNORED BY THE MEDIA ELITES AND FBI: List of 20 Individuals at the Capitol on January 6th – All Appear to be Connected to Antifa or Far Left Groups”—articles that were preceded by the Gateway Pundit releasing a shocking video obtained under a Freedom of Information order showing ballots to steal the election from President Donald Trump being secretly unloaded from a van in the middle of the night in Michigan—all of which was followed a few hours ago by Gateway Pundit founder Jim Hoft being abruptly banned on Saturday night and cut off from his more than 375,000 followers by big tech giant Twitter because they said he violated their “civic integrity policy”.

A “civic integrity police” neither Twitter nor any other big tech social media giant has bothered to define or explain—and in a “You Knew It Was Coming” moment, now sees these big tech giants using it to ban leftist news and information sites—an attack begun when these big tech social media giants assembled a “woke mob” to attack and have fired leftist New York Times journalists Donald McNeil Jr. and Andy Mills for their “past sins”—that was followed by leftist national television host Lee Camp releasing a video wherein he stunningly described how, in the past 24-hours alone, big tech giants have destroyed the leftist sites of Graham Elwood, and Ford Fischer, as well as them destroying the leftist news sites Progressive Soapbox and The Convo Couch—a big tech destruction that hasn’t spared famed leftist investigative journalist Jordan Chariton, who after the breeching of US Capitol posted the message: “EVERY media outlet that pushed this INSANE election fraud conspiracy for clicks should be taken off the air…They’ve incited a Civil War”—but with him now being the one “taken off the air”, sees him stating that “the purge of right-wing content was merely an excuse to get rid of all content that questioned the consensus on subjects such as healthcare or U.S. foreign policy”.

With news host Lee Camp further noting that “Techno-Fascism Is On The Rise”, what’s most amazing about these leftist forces now under attack by big tech social media giants is that they didn’t see this coming even when it was staring right at them—as best exampled by the tens-of-thousands of heavily armed combat troops brought in to protect Washington D.C. from its own citizens---today sees these combat troops protecting the bizarre stained glass portrait of socialist leader Kamala Harris erected yesterday in front of the Lincoln Memorial—which are symbols of socialist state power and hero worship long displayed by tyrannical regimes like the former Nazi Germany and Soviet Union—and whose true objective towards their own citizens was openly voiced this past week by socialist Democrat Party leader David Ismay of Massachusetts, who told the American people: “We have to break your will”.  [Note: Some words and/or phrases appearing in quotes in this report are English language approximations of Russian words/phrases having no exact counterpart.] 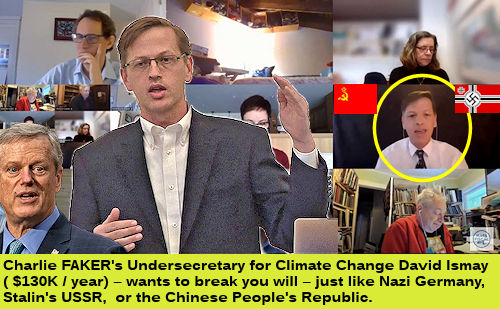 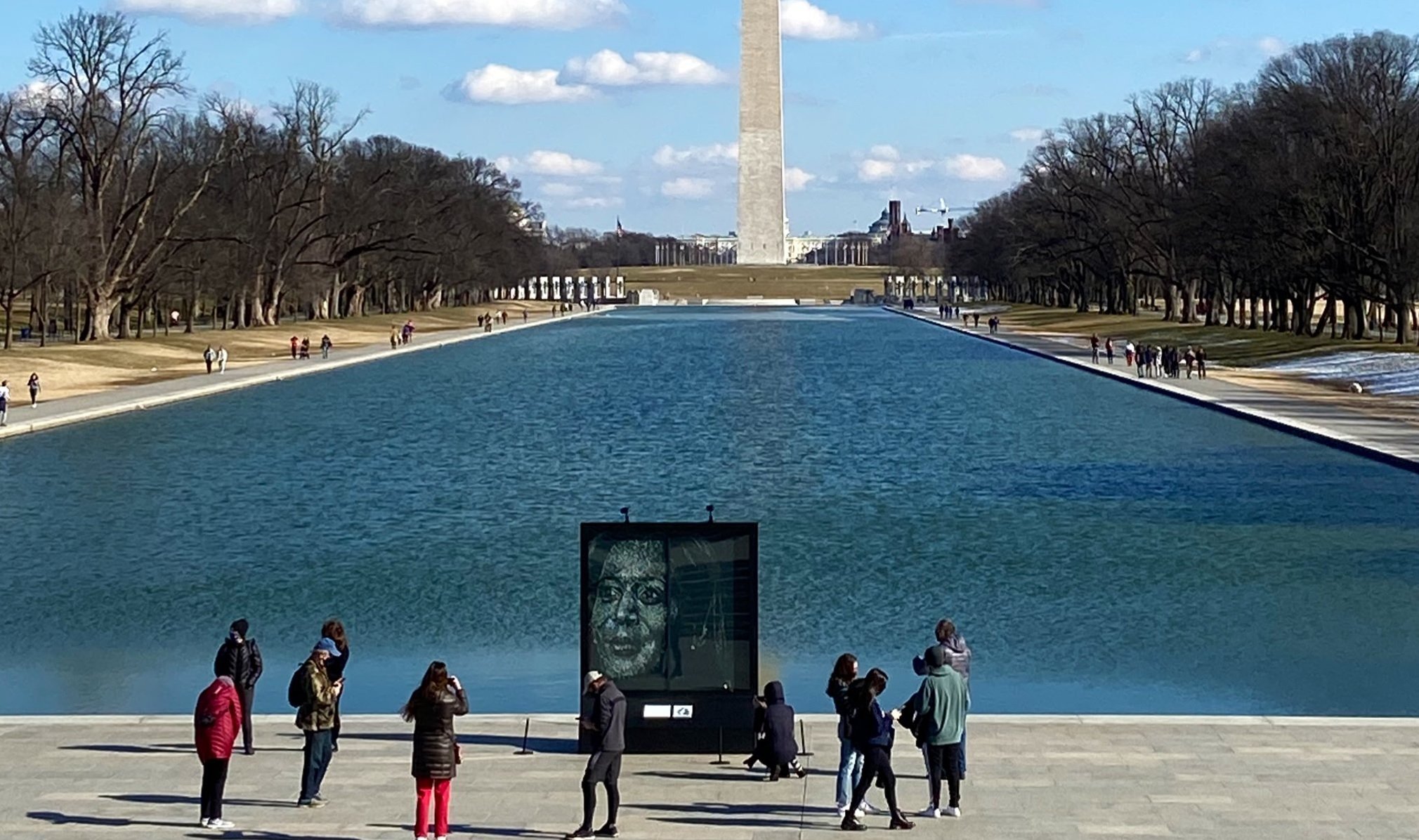 Socialist Democrats under their leader Joe Biden plan to break the will of the American people so they can institute regime of state worship to replace Christianity.

According to this report, as evidenced in all past socialist police state regimes, its leftist forces have always opposed war—though in America these antiwar leftist forces took a hiatus during the reign of President Trump when they joined forces with socialist Democrats to oppose him—but weren’t needed anyway because President Trump was one of the most peaceful leaders America has seen in modern times and didn’t start any wars.

Upon socialist leader Biden coming to power, however, this report notes, these antiwar leftist forces have noticed with alarm his placing back into power the former President George W. Bush warmongers that rampaged across the world—which explains why these leftists are now being silenced by big tech social media giants—most specifically because these antiwar leftists had begun to sound warnings about Russia’s expansion of its airfield in Syria to accommodate the fearsome nuclear weapons capable Tu-95 Bear Bomber—and saw this warning coming at the same time Biden’s top military leaders began claiming that nuclear war with Russia or Communist China is a “REAL POSSIBILITY”, and said the US “can’t assume strategic deterrence will hold”.

Like occurred during the Obama-Biden Regime when the US military shut down combat training in order to force its soldiers into high heel shoes so they could know what women feel like, this report details, Republican Party leader US Congressman Matt Gaetz has just revealed that Biden and his socialist forces are doing the same thing because “They want to build a woke military”—a “woke military” that today sees the US Navy putting all of its energy into renaming warships that have racist and Confederate names—further sees the US military now preparing to out from its ranks anyone found supporting President Trump—about which in the just published article “Pentagon Goes Rooting For ‘Extremists’ Among Its 3.6 Million Trained Killers” it most correctly observes: “The US military is making a big show of cleansing its ranks of ‘extremism’ – because nothing says tolerance like raining fiery death on innocent strangers at the command of a guy who just stepped down from Raytheon’s board”—all of which causes one to wonder if there’s anyone sane enough left in America to notice what’s occurred with the “woke” military forces in Britain, whose island nation’s navy and air force personnel numbers are now too low to successfully fight a war. 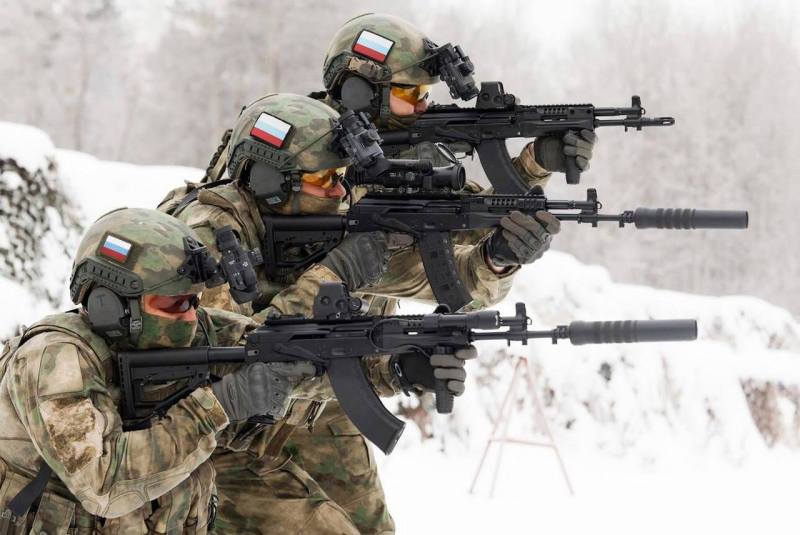 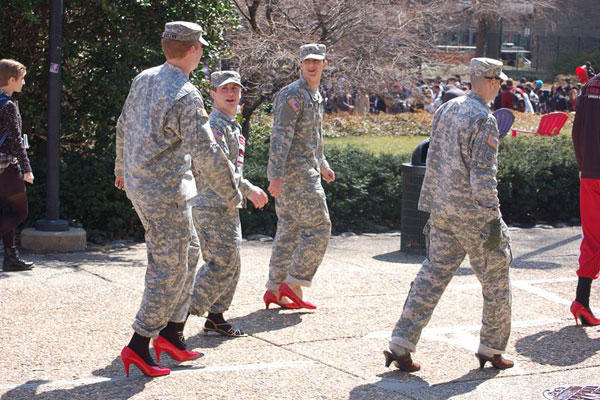 With socialist leader Biden having killed more jobs in January with his executive orders than the American economy created in the same month, this report concludes, it was no surprise to see him this past week give to his citizens a grim economic outlook telling them: “It will be 10 years before we get to full unemployment”—a full employment for the American people that President Trump achieved by May-2017 after being in power just 4-months—but while the American people suffer under socialist economic tyranny, the same can’t be said about Biden’s son Hunter, who’s just secured a book deal estimated at $2-million—the same Hunter Biden its now been shockingly revealed about still hasn’t sold his interest in a Communist Chinese investment fund—which explains why Amazon has put Hunter Biden’s memoir in the category of Chinese Biographies—and all of which further explains why The American Catholic online community has begun publishing to rave reviews: “Trump: Miss Me Yet? A Continuing Series”. 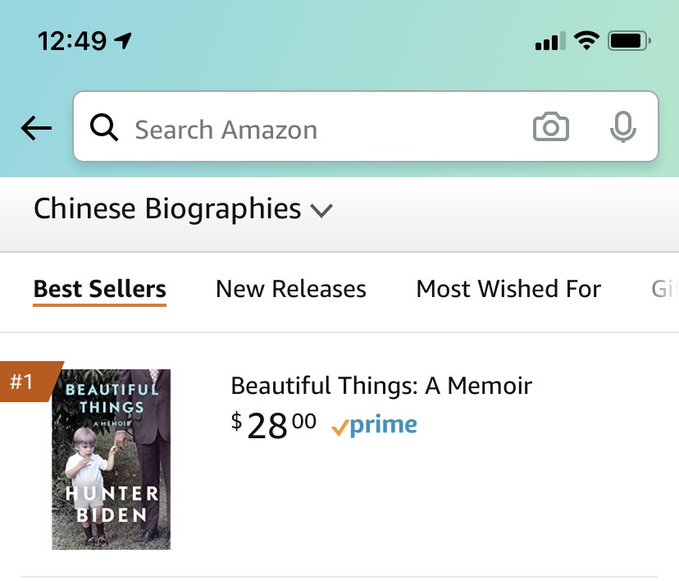 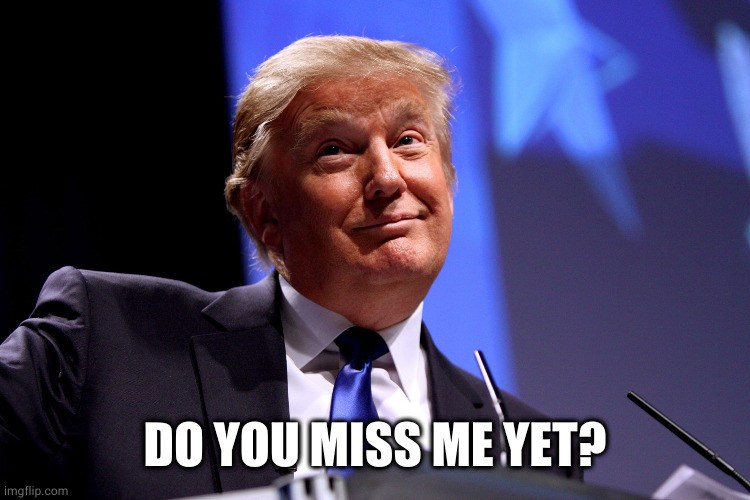 February 7, 2021 © EU and US all rights reserved. Permission to use this report in its entirety is granted under the condition it is linked to its original source at WhatDoesItMean.Com. Freebase content licensed under CC-BY and GFDL.