A striking new Security Council (SC) report circulating in the Kremlin today, whose discussions note Foreign Ministry spokeswoman Maria Zakharova describing the situation with ongoing mass protests and riots in the United States as an “American tragedy”, quickly turned its attention to a Ministry of Defense (MoD) document revealing they’ve just been alerted by the Planetary Defense Coordination Office (PDCO) that NASA scientists have detected a “potentially dangerous asteroid” approaching Earth on 6 June having a diameter between 250-570 meters—that was then followed by a discussion related to President Donald Trump having called his nation’s socialist Democrat Party governors “fools” and “jerks” for them having failed to use enough forces to stop the rioting in their States—which itself was followed by President Trump vowing to use military force to restore order himself—a vow quickly put into action over these past few hours in the night skies over America, where into them have flooded multiple C-130J and C-17A combat troop loaded warplanes from Fort Riley, Fort Drum, and Fort Bragg that are now arriving into Andrews Air Force Base outside of Washington D.C.—as well as five C-17 combat warplanes that have left Fort Bragg flying towards Washington D.C., too—the latter of which are known to be carrying the US Army’s elite 82nd Airborne Division’s Immediate Response Force.  [Note: Some words and/or phrases appearing in quotes in this report are English language approximations of Russian words/phrases having no exact counterpart.] 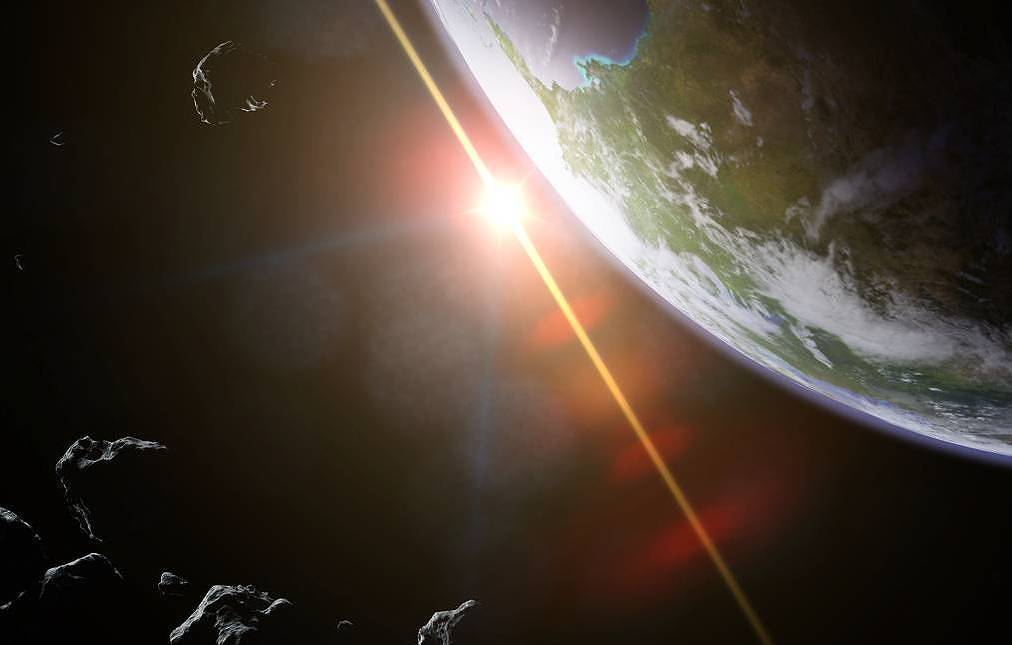 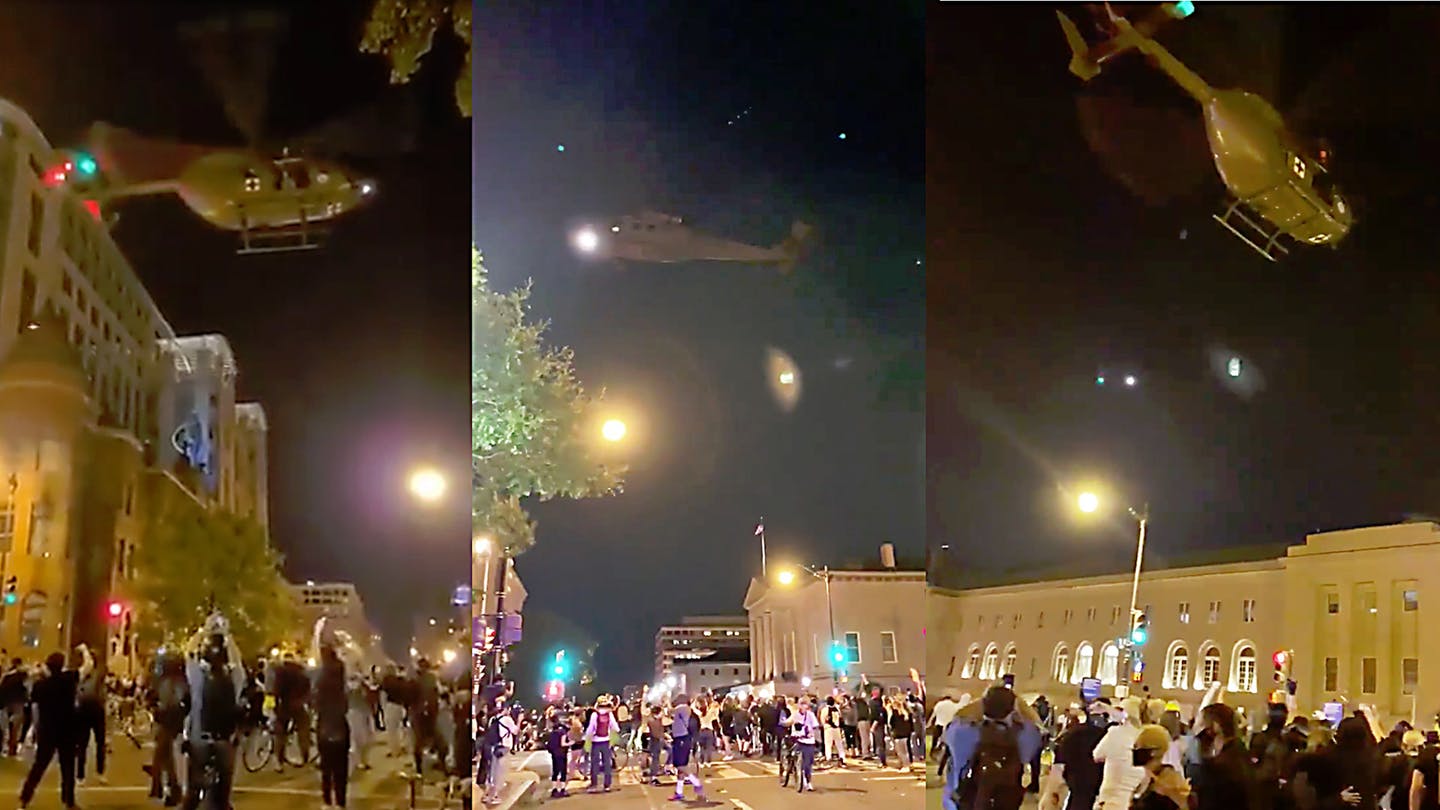 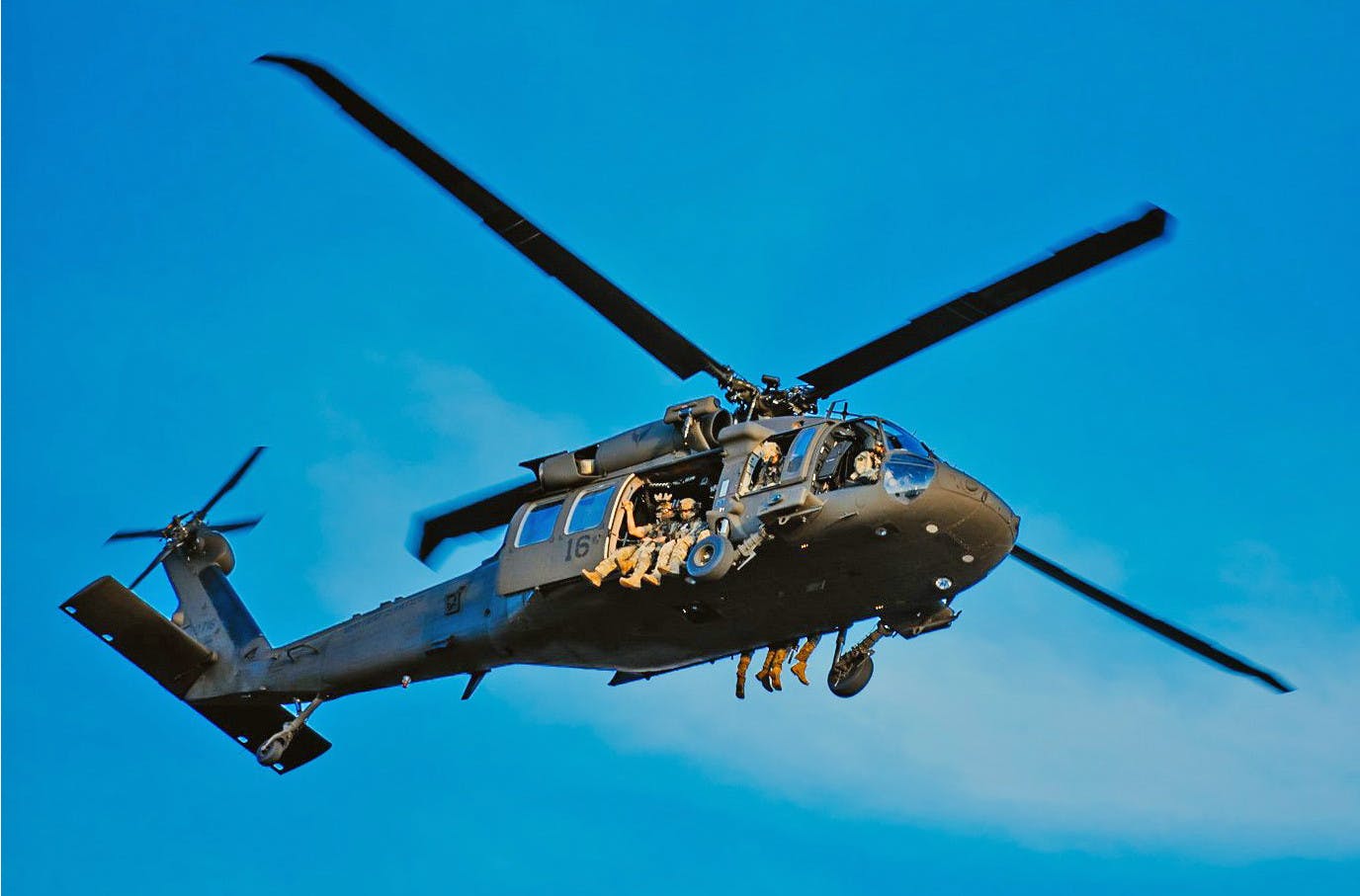 …and elite FBI force’s helicopters over fly , too (above)… 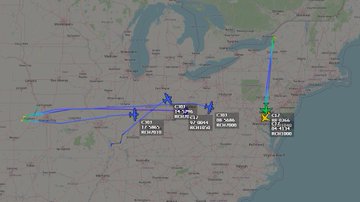 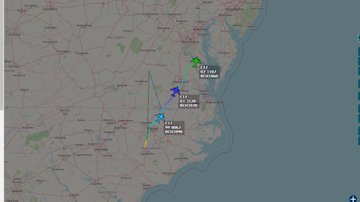 …while radar tracks (3 photos above) show US military warplanes flooding into Andrews Air Force Base outside of during early morning hours of 2 June 2020.

According to this report, most important to note about the “American tragedy” assessment made by Foreign Ministry spokeswoman Zakharova, was her observation that: “It looks like a curtain has been drawn back to reveal the entire picture the United States has been seeking to hide from people”—an “entire picture” now being revealed that exposes to the American people the vile hatred their socialist Democrat Party leaders and leftist mainstream media elites have for their own nation and its wellbeing—best exampled in a beyond shocking video from 2011 that’s resurfaced showing nominal socialist Democrat Party leader Joe Biden urging the Chinese Communist Party to increase its influence in the United States—which explains why the mainstream leftist media supporting him have dropped all of their pandemic fearmongering so they can defend the riots, looting and chaos tearing America apart.

In truth and actuality what these now being exposed socialist godless monsters are defending, however, this report notes, are “Leftist Rules” to destroy all small businesses so they can’t reopen from the pandemic lockdowns they’ve been slammed with, while the anarchist rioters who are destroying these businesses are being bailed out of jail as soon as they’ve been arrested—and after leaving jail, these anarchist rioters then walk onto streets where piles of bricks have been mysteriously sprouting up near riot hotspots all over the United States—great multitudes of whom, also, are flying Mexican flags as they torch every American Flag they can get their hands on throughout all of the US—as well as their defacing every Jewish synagogue they can by spray painting on them the words “Fuck Israel” and  “Free Palestine”. 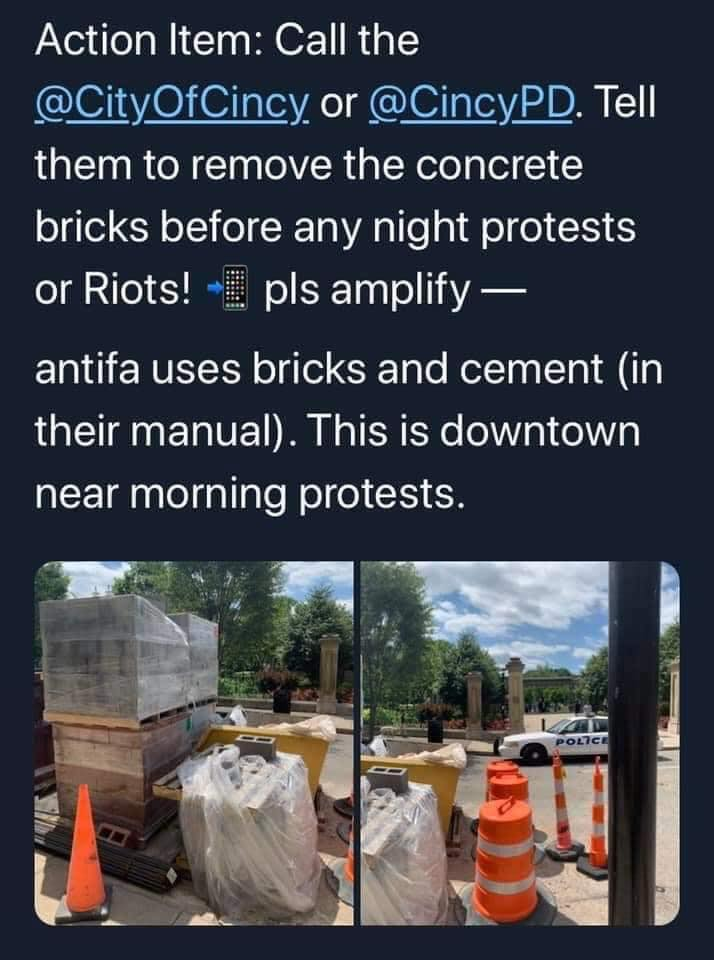 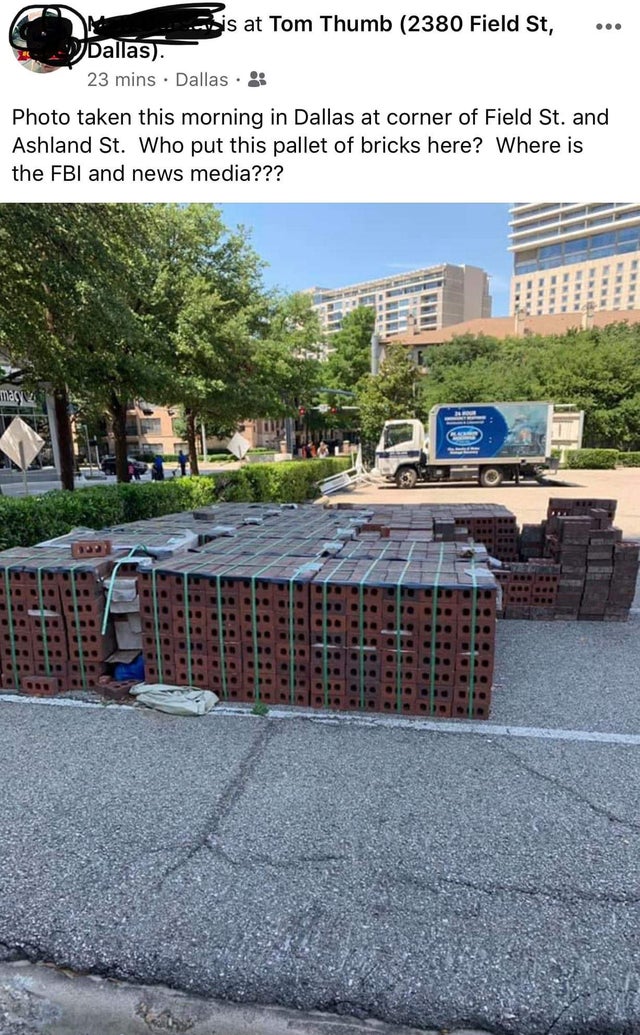 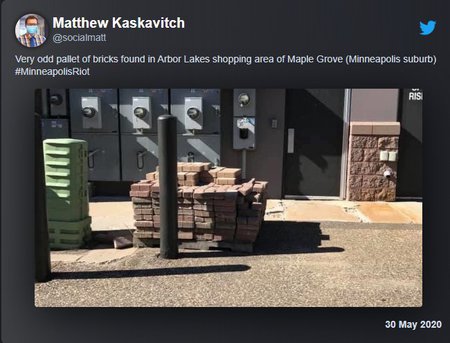 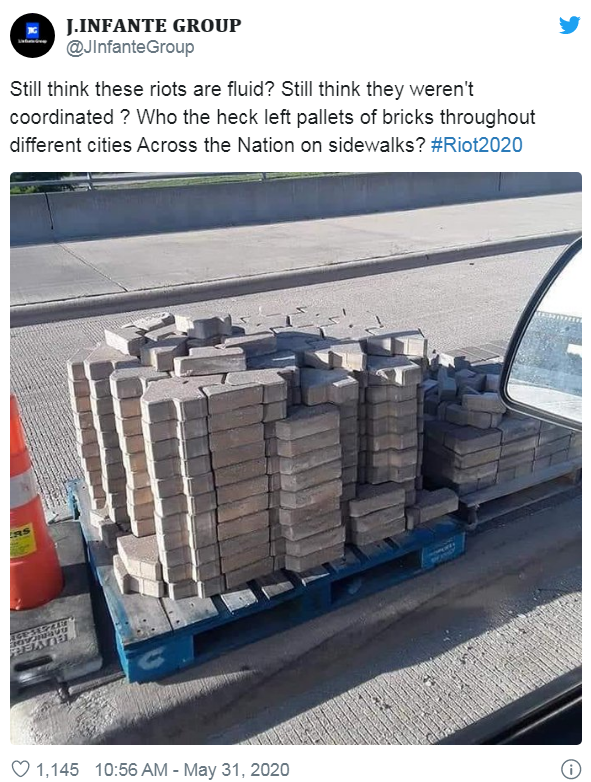 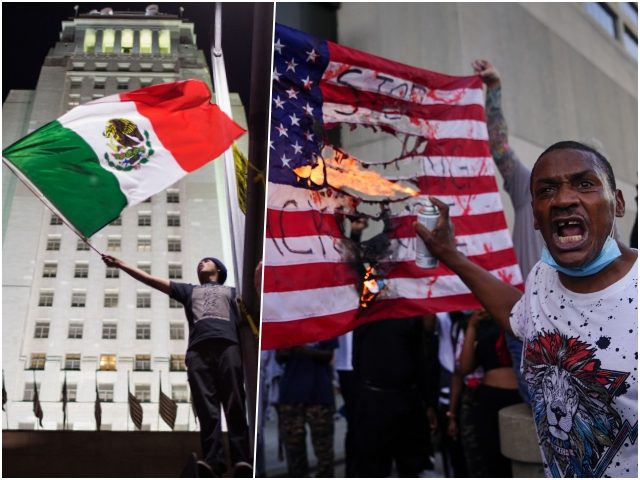 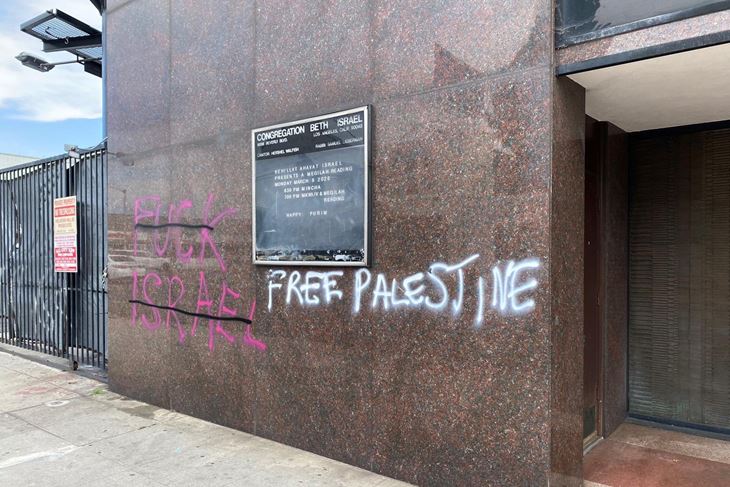 Overwhelming evidence proves socialist Democrat Party and leftist mainstream media supported riots have nothing to do with death of black man—and everything to do with starting war.

In this war Russian military and intelligence officials have designated as being a “Low-Intensity Conflict”, this report continues, since the “domestic terror” killing of a US federal officer during rioting in Oakland-California this past Friday, deadly violence is now sweeping all across the United States—where during the past 24-hours alone:

Four St. Louis-Missouri police were shot and wounded during a raging gun battle with socialist rioters.

A New York City police officer clinging to life after socialist rioters horrifically ran him over with a car.

A socialist rioter in Louisville-Kentucky being killed after he made the mistake of opening fire on police and National Guard troops.

Another socialist rioter killed in Omaha-Nebraska after he tried to kill a small business owner—whom police quickly freed after video showed he had to fire his gun to protect his own life.

Self protection not afforded to small business owners in the socialist Democrat Party stronghold of —where police are now arresting business owners trying to protect their own property.

That enraged Sheriff Grady Judd from the of to the extent that he went on television and warned all socialist rioters: “If you value your life, they probably shouldn’t do that in Polk County.  Because the people of Polk County like guns, they have guns, I encourage them to own guns, and they’re going to be in their homes tonight with their guns loaded, and if you try to break into their homes to steal, to set fires, I’m highly recommending they blow you back out of the house with their guns.  So, leave the community alone”. 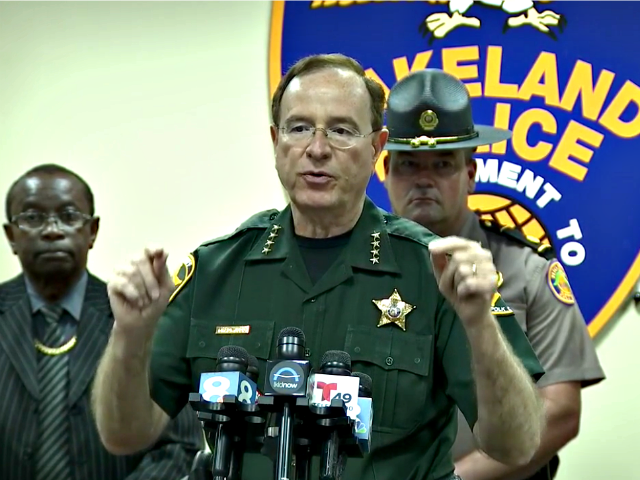 Sheriff Grady Judd from the of (above) warns socialist rioters to leave his community and its citizens alone, or else be prepared to be blown away.

Having at his disposal should he need to use it, this report concludes, President Trump has available to him what is known as “The Insurrection Act Of 1807”—a seldom used act that would allow President Trump to use federal troops to restore law and order in America—but wouldn’t be needed if socialist Democrat Party governors would only use the over 343,000 troops they have in their own Army National Guard—Army National Guard troops used to restore law and order during the worst rioting in US history that occurred in 1968, when 1,000 buildings were burned in Washington D.C. alone—but unlike then, today sees these vile socialist Democrats and their leftist mainstream media lapdogs supporting this violence and chaos terrorizing their nation—best exampled yesterday when after President Trump left the media speechless when he walked from the Rose Garden at the White House to visit the historic St. John’s Church rioters had tried to burn down the night before, he was viciously attacked by godless socialist Democrat Party leaders US House Speaker Nancy Pelosi and US Senate Minority Leader Chuck Schumer for going to this historic church and holding aloft a Bible—both of whom blasted President Trump for what they said was his “Faith-Dishonoring Photo-op”—but in a swift reply to socialist monsters Pelosi and Schumer, saw thousands of American people mockingly exclaiming in near unison the truth that: “If you’re more upset that Trump waved a Bible in front of a church than you are about leftist arsonists setting that church on fire, you might be a Democrat!”. 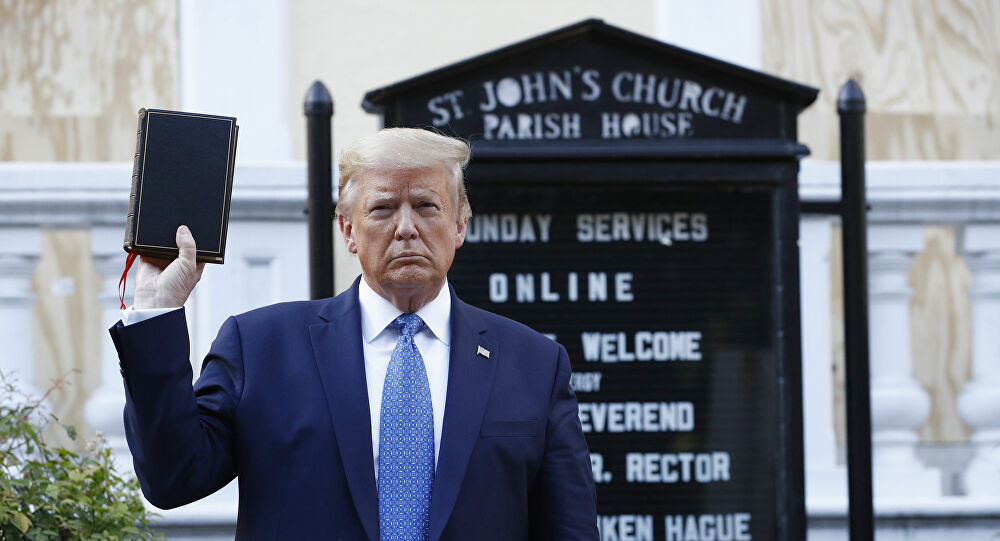 June 2, 2020 © EU and US all rights reserved. Permission to use this report in its entirety is granted under the condition it is linked  to its original source at WhatDoesItMean.Com. Freebase content licensed under CC-BY and GFDL.