Over these past few months, I’ve watched along with you as American mass media “experts” gave their daily pronouncements of coronavirus dead—pronouncements given in the most bleak of terms to the point one wonders why anyone would even dare think of ever living a normal life again—after all, when all is lost and there’s no hope, what’s one supposed to do?

In watching this spectacle, though, I couldn’t help but wonder what would have happened in the first 13-months of World War II after the United States entered this global conflict and these same mass media “experts” were transported back in time to report the news—who would have reported on the battle called Pearl Harbor, that entered America into this war after they were attacked by the Empire of Japan on 7 December 1941—and from that date to February-1943, would have further reported some of the major actions in this conflict called the Battle of the Atlantic, the Battle of Corregidor, the Bataan Death March, the Battle of Midway, the Battle of the Coral Sea, the Operation Torch invasion of German Nazi held North Africa, and the Battle of Kasserine Pass—the only victory of which the American’s had of them was the Battle of Midway—and combined left nearly 100,000 American citizens dead—not to mention the hundreds-of-thousands of other American citizens that were wounded, captured, or went missing forever.

Based upon the way they’ve been reporting on the coronavirus, I have no doubt at all that if these same mass media “experts” had been around during World War II, the sheer scale of carnage and death they’d been a witness to in the first 13-months of this war would have seen them demanding that President Franklin Roosevelt be thrown from office, screaming for all US military commanders to be fired, as well as them calling for the United States to immediately sue for peace before anyone else died—and while waiting for peace to come, most likely would have seen them ordering the American people to “social distance” so when bombs started raining down them less of them would die. 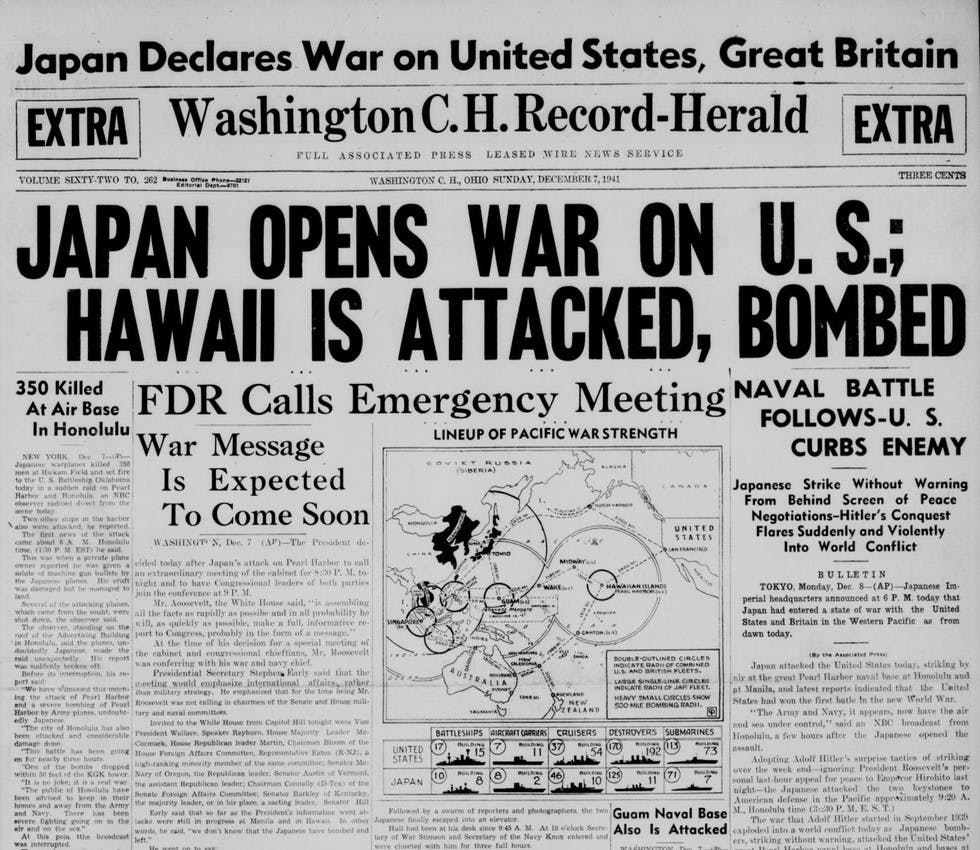 Fortunately for the United States, its citizens and the world, these mass media “experts” of today weren’t around to spew their garbage—as instead existing in those times were something called “honest journalists”—who through each battlefield defeat suffered by the Americans in the first 13-months of this war, explained using facts and history how each and every one of these “setbacks”, no matter how great the loss of life had been, were necessary building blocks needed to achieve ultimate victory—which occurred 30-months later when World War II ended on 6 August 1945. 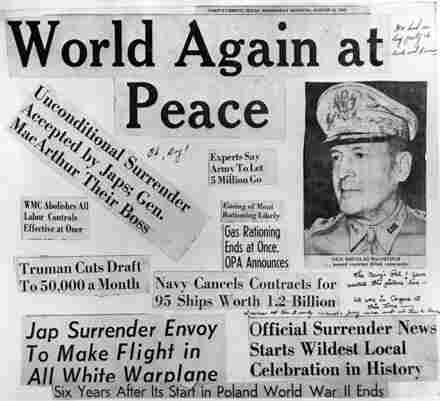 As remarkable and diligent as the Sisters have been in warning you about this war, you should know that they’re not soothsayers using magic to tell you about what’s happening—far from it—as this conflict was seen coming years ago, and as you can read about yourself in such books as “America's Coming War with China: A Collision Course over Taiwan”, published in 2006—“Destined for War: Can America and China Escape Thucydides's Trap?”, published in 2018—“Stealth War: How China Took Over While America's Elite Slept”, published in 2019—as well as this war being warned is coming in, literally, hundreds of scholarly articles published over the past 50-years. 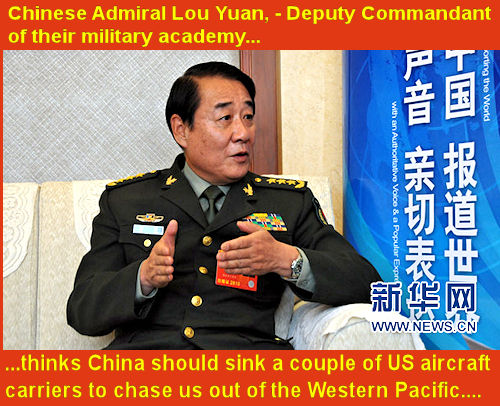 As Sister Ciara explained to you yesterday in her letter “All That's Left Now Is War—What Kind And How Long Are The Questions To Ask”, what’s unknown at this time is if this crisis will devolve into a “cold war” or explode into a “hot war” between the United States and Communist China—but about which you should, also, be asking yourself “Who’s winning this war?”—and by every measurable standard and fact, is President Trump and America—who need nothing at all from Communist China—while Communist China can’t survive without the United States and its allies buying its cheap goods.

In the days, weeks and months to come, left to be seen is how powerfully President Trump intends on punishing Communist China for what it’s done—with the most dreaded fear being his placing an embargo on all oil, food and natural resource shipments to China and using the US Military to enforce it—an embargo like the ones President Trump has slammed against Communist Chinese allies Iran, North Korea and Venezuela—and when, not if, occurring, would leave Communist China only two choices—dissolve its present communist leadership structure and adopt democrat reforms, or see if it can win a shooting war against the United States.

Why you don’t know about these truths and facts, the Sisters have explained to you many times over the years—and boils down to your having a mass media establishment that cares nothing at all about you and has taken Communist China’s side against America—which isn’t going to well for them, as they’ve absolutely been decimated in this war and are one of its biggest battlefield casualties experiencing mass layoffs and closings—some of whose latest casualties over the past 24-hours alone being CBS News, who’ve just shockingly laid off one of their top reporters, and the mammoth Daily Mail publication that’s now reporting its revenue has plunged a stunning 70% since this conflict began—but all of whom only have themselves to blame, as they were warned in 2017 that studies had found that “Media Coverage Doesn’t Actually Determine Public Opinion”—which they ignored so they could continue on with their demented leftist crusade against truth.

Left standing on the battlefields of this war is the Sisters and their fast disappearing counterparts being closed down, blacklisted and censored near hourly now, all of whom still believe that truth and honest reporting matter, as well as a smattering of large and powerful leftist media organizations and, of course, the giant social media monsters like Google, Facebook and Twitter, none of whom have ever cared about the truth, as all they aspire to is power, manipulation and control.

Standing in the middle of all this as this war rages on is YOU—who from those like us hear warnings that the mass media “are all liars” and they shouldn’t be believed—and from them hear us, and those like us, being called “fake news”—but in reality sees OUR SIDE being the only ones giving you true facts, links to the facts, and placing everything we tell you into its historical context so you can better understand what’s happening—while all the mass media gives to you are “anonymous sources”, hysterical screeds (“Orange Man Bad!”), and couldn’t care less if you know any history at all.

But most critically important for YOU to know right now—is the simple and unmistakable fact that whom you choose to support right now is going to determine the final outcome of this war—and I’m not telling you this, rather it was told to you by the great American Founding Father Thomas Jefferson, who is reported to have said: “An educated citizenry is a vital requisite for our survival as a free people”—and stands directly opposed to what was said by former top Clinton administration official Bill Ivey, who during the 2016 presidential election, while working for Hillary Clinton, wrote her an email revealed by Wikileaks warning: “And as I've mentioned, we've all been quite content to demean government, drop civics and in general conspire to produce an unaware and compliant citizenry. The unawareness remains strong but compliance is obviously fading rapidly. This problem demands some serious, serious thinking - and not just poll driven, demographically-inspired messaging”.

Seldom do YOU have such a stark and vivid choice to make in a matter involving such momentous and historic events that effect your very lives—please make this one wisely while there’s still time!