An intriguing new Security Council (SC) report circulating in the Kremlin today deliberating the significance of future foreign policy decisions in light of a stunning poll showing 85% of Russian peoples have a negative view of relations with the United States, states that this abysmal finding in regards to the world’s two biggest nuclear armed powers that have no choice but to get along with each other, lays right at the doorstep of the American socialist Democrat Party—who are best described as a demented group of radical leftists so enraged that President Donald Trump won his election victory in 2016 they blamed President Putin calling it an “act of war exactly like Pearl Harbor” that erupted into World War II—and nearly three whole years later, stills sees these deranged socialist lunatics living in a world having no basis in reality—best exampled this past Saturday by their reaction to an election in the State of Louisiana that saw these socialist Democrats maniacally celebrating fake news headlines like “Louisiana Delivers Trump A Black Eye” and “Trump's Fading Superpower On Display In Louisiana Governor Loss”—whose true facts of, though, showed Democrat Governor John Bel Edwards receiving 774,469 votes to beat the 734,128 votes received by his Republican opponent Eddie Rispone—a 70-year-old businessman who financed his campaign with millions of his own dollars in a vicious campaign ran against his Republican primary opponent US Congressman Ralph Abraham—did see Trump holding rallies for Rispone that near entirely erased his 22-point polling disadvantage against Governor Edwards—but whose most significant event of this election, saw the vast family and supporters of Republican Congressman Abraham outright refusing to vote for Rispone—thus shifting the true measure of Trump’s influence in this election to Louisiana Secretary of State Kyle Ardoin—whom Trump also supported at his rallies and won his election with 867,449 votes—which is 92,980 more votes than Governor Edwards won his race by—and should Secretary of State Ardoin have run for governor, would have seen him winning it. [Note: Some words and/or phrases appearing in quotes in this report are English language approximations of Russian words/phrases having no exact counterpart.] 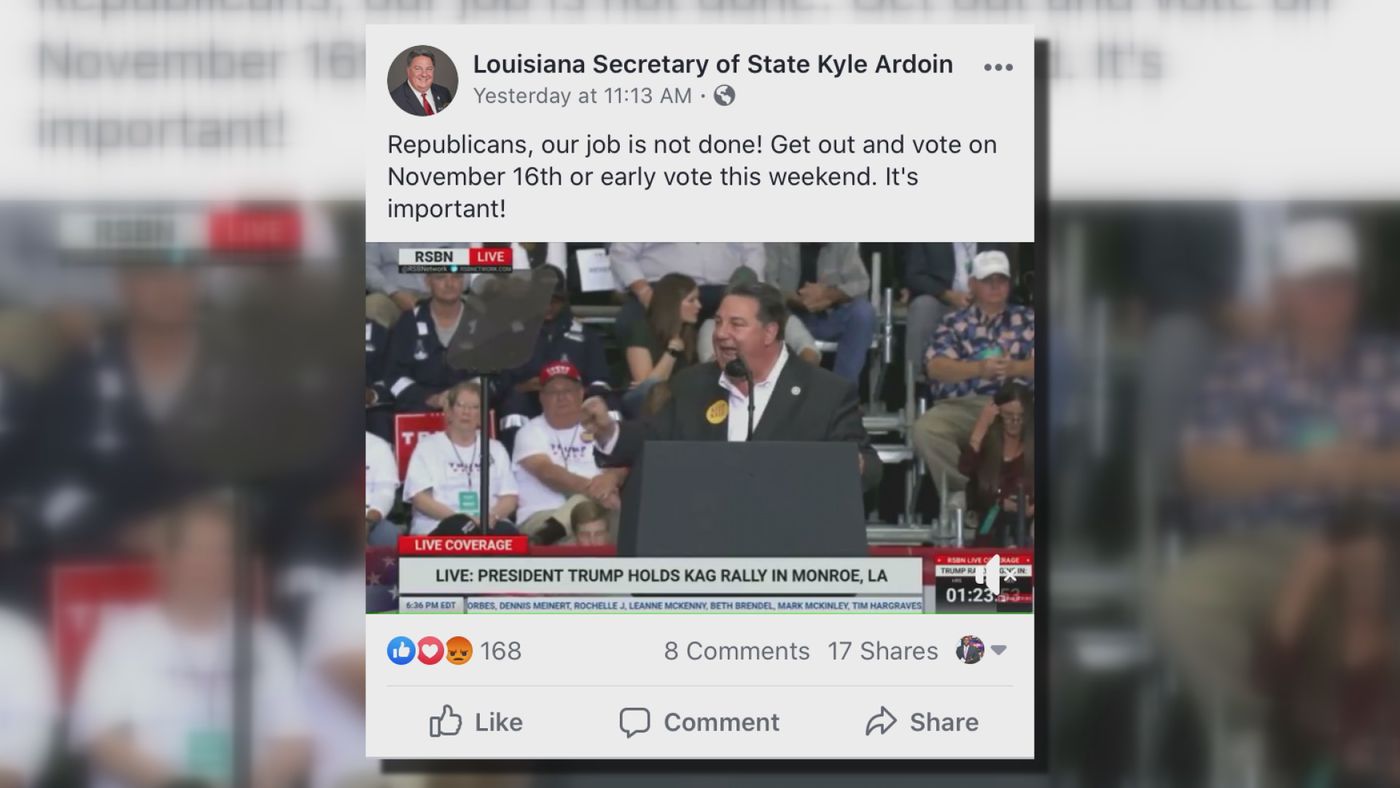 According to this report, in proving true the American saying “All Politics Is Local”, this just held Louisiana election holds several terror warnings for socialist Democrat Party forces opposing President Trump—the most important of them being the turnout of only 1,508,597 voters in the governors race between Edwards and Rispone—a race narrowly won by Governor Edwards who has presided over a good economy and falling unemployment in his State thanks to Trump—who is said accurately about “couldn't be any farther from a national Democrat if he was on the moon”—and is the same Governor Edwards who says that he is proud of his friendly relationship with Trump—an actual wise stance for Governor Edwards to take in light of the fact that Trump crushed Hillary Clinton in Louisiana with 1,178,638 votes to her 780,154 votes in the 2016 Presidential Election—and by Governor Edwards receiving 5,685 fewer votes on Saturday than Clinton did in 2016—exposes the socialist lie that ordinary peoples in America detest Trump and are rising up against him.

Where one would logically think that socialist Democrat Party presidential candidates would examine this just completed election in Louisiana to discover the truths within it as they chart their path forward to the 2020 Presidential Election, this report continues, any such thinking along these lines were just exploded by their deranged leftist candidate Pete Buttigieg—who after learning yesterday that he had surged into first place in the Iowa polls, put out a list of his top 400 black supporters in South Carolina—a list, however, comprised of 42% white voters, many who say they don’t even support Buttigieg—and which Buttigieg promoted by using a stock photo from the African nation of Kenya—which actually looks nothing like South Carolina—but does have one wondering if the Democrat Party voters living there will even notice. 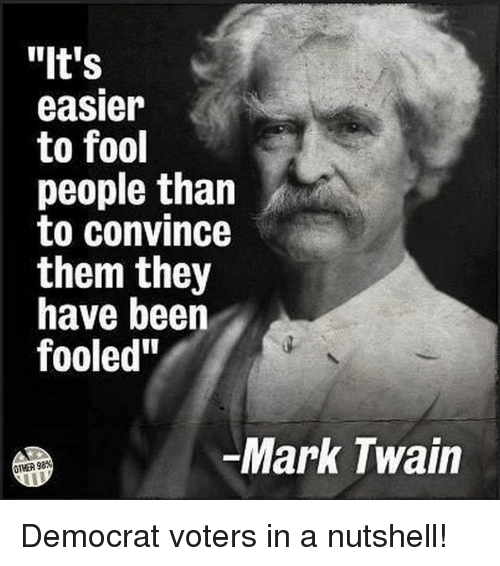 As further evidence of how deranged these socialist Democrats are becoming, this report notes, one need look no further than their now openly rebelling against former President Barack Obama after he warned them last week that they were going too far left—a leftist lurch so obscene and pronounced, socialist Democrat Party US Congressman Adam Schiff, the leader of the supposedly fair impeachment hearings against President Trump that have yet to determine anything as of yet, openly proclaimed this weekend to a cheering crowd that its true purpose was to “send this charlatan in the White House packing”—a shocking truth proving that this isn’t a fair impeachment hearing process at all, but a coup—and whose true reason for was clearly stated by socialist Democrat Party leader US Congresswoman Alexandria Ocasio-Cortez—who openly admitted that this whole charade was designed to unite the Democrats and keep Trump from winning reelection in 2020. 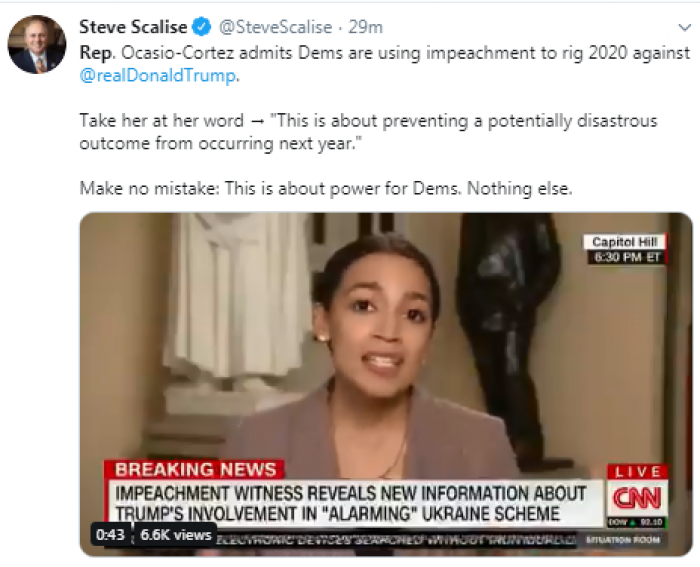 Going from being simply deranged to outright maniacally insane, this report details, these socialist Democrats launching this impeachment coup against President Trump used as their igniter CIA operative Eric Ciaramella—the so-called anonymous “whistleblower” demented and senile Democrat US House Speaker Nancy Pelosi just warned Trump not to even dare reveal his name—while in the same breath, Pelosi told Trump that he has to prove his innocence in the greatest perversion of justice ever displayed in American history—but whose name everyone in world who cares to already knows as he’s the same CIA spy former top Trump aide Steve Bannon wanted to throw off the National Security Council because he was leaking top secret information back in 2017—is the same CIA spy discovered secretly communicating with anti-Trump leftist billionaire George Soros—but whose greatest unintended consequence of these socialist Democrats and their mainstream propaganda media lapdogs comically trying to keep the name of this CIA spy from being known to the American people, are that the millions of them wanting to know the truth are flocking in record numbers to Trump supporting media outlets who mention his name daily—a fact fully noticed by the leftist Politico news service, who this past week were forced to admit:

The establishment press’ decision not to identify the whistleblower didn’t end the search for him.

Right-wing journalists at RealClearInvestigations, RedState, Breitbart News, the Examiner, and activists on social media have used their forums to advance a name consistent with the description published in the original New York Times report.

Rush Limbaugh has spoken the name on the air as have a Fox News contributor and guest.  Donald Trump Jr. has tweeted the name to his 4 million Twitter followers.

One conservative news outlet even visited the alleged whistleblower’s home to ask if he was the whistleblower.

All of this hot action prompted the Post to report on Nov. 5 and Nov. 7 about the conservative push to publicize the purported whistleblower’s identity.

By alerting its readers to the conservative news sites and sources that were publishing the name, the Post became complicit in the effort to expose the whistleblower.

The establishment press’ self-censorship—its view that the whistleblower’s identity is forbidden knowledge and shall not be spoken—has ceded a major, newsworthy story to right-wingers who might not be the greatest journalists but at least have the sense to ask the right questions.

I never expected an establishment press that so prides itself on reporting the news without fear or favor would so willingly surrender the role of independent investigators to its right-wing compatriots. 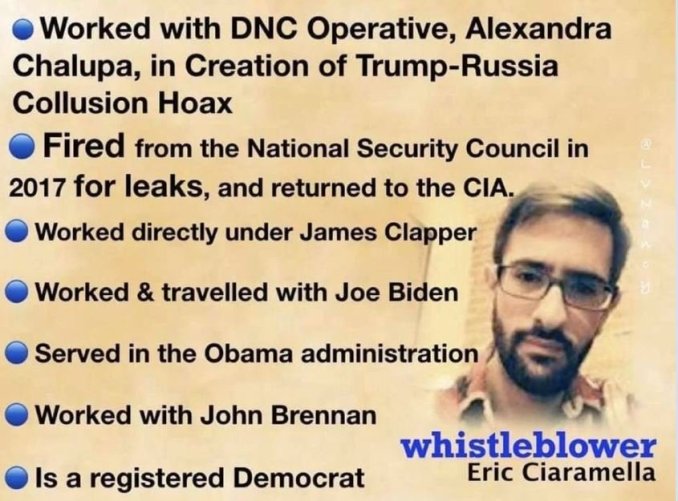 Yet to be fully determined about CIA operative Eric Ciaramella, though, this report concludes, is exactly who he is really working for—most particularly because this CIA spy was caught conspiring against President Trump with both House impeachment leader Adam Schiff and one of Schiff’s witnesses US Army officer Alexander Vindman—with Vindman working directly under the command of National Security Council Senior Director for European Affairs Tim Morrison whose testimony behind closed doors to Schiff obliterated the entire Ukraine hoax—the true significance of all of these facts and operatives being that they have all of the hallmarks one would expect to see in a highly sophisticated military counterintelligence operation—and, most assuredly, is a military counterintelligence operation falling well within the capabilities and expertise of a little known group of highly placed former US Army officers Trump has surrounded himself with to protect him—a specialized military unit so close, in fact, all of its members are from the same 1986 graduating class of the United States Army Military Academy—whose name they’ve given to themselves is the “West Point Mafia”—whose leader is former CIA Director and current Secretary of State Mike Pompeo—and whose second in command is Secretary of Defense Dr. Mark Esper. 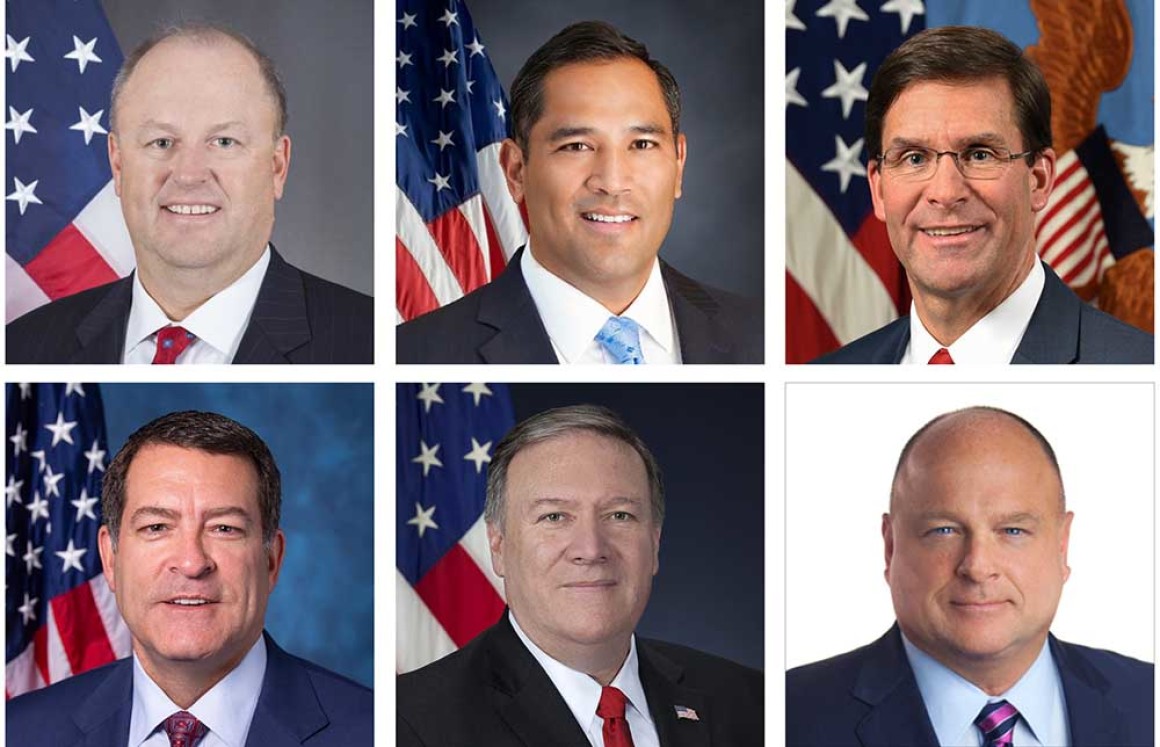 November 18, 2019 © EU and US all rights reserved. Permission to use this report in its entirety is granted under the condition it is linked  to its original source at WhatDoesItMean.Com. Freebase content licensed under CC-BY and GFDL.