A captivating new Ministry of Foreign Affairs (MoFA) report circulating in the Kremlin today discussing why Venezuelan President Nicolas Maduro is claiming he discussed economic cooperation with a Russian delegation he couldn’t name any of the members of, says the undoubted cause of this bizarre statement by this under siege socialist leader trying to bolster his image is due to Bolivia having just severed all diplomatic relations with Venezuela—both of which until last week were the only two socialist-led nations in South America—but today doesn’t include Bolivia whose socialist government has just been toppled in a coup apparently led by God—that began a fortnight ago when a little known minor Bolivian political figure named Luis Fernando Camacho having only 125,000 Twitter followers in a nation of 11.5 million peoples, left his home in the eastern province of Santa Cruz on a walk to his nation’s capitol city La Paz—a walk Camacho began in his bid to overthrow godless socialist leader President Evo Morales and return Bolivia back to Christianity—saw him declaring when he began his walk: “I am not going with the weapons, I go with my faith and my hope; with a Bible in my right hand and his letter of resignation in my left hand” [English]—and upon Camacho reaching La Paz—saw him entering the Government Palace and kneeling in prayer with his Bible—after which Bolivian military and police forces forced socialist leader Morales to flee to Mexico—that was immediately followed by Bolivian interim president Jeanine Añez proclaiming to the entire world: “God has allowed the Bible to come back into the palace. May He bless us.”—a proclamation cheered by President Donald Trump who said: “We are now one step closer to a completely democratic, prosperous, and free Western Hemisphere.”—but whose own battle against godless socialist forces was gravely warned about yesterday when US Attorney General William Barr accused these demons of “waging a scorched-earth, no-holds-barred war of resistance” against Trump that involves the “systematic shredding of norms and undermining the rule of law”—that Trump then quickly responded to by granting pardons and clemency to three US military officers unjustly persecuted by the Obama-Clinton Regime—all of which is being watched with horror by the radical socialist former President Barack Obama who knows the true significance of these events—and is why he has just told his Democratic candidates to ease off talk of revolution—otherwise all of them will be living in exile with socialist former Bolivian leader Morales in Mexico, too.  [Note: Some words and/or phrases appearing in quotes in this report are English language approximations of Russian words/phrases having no exact counterpart.] 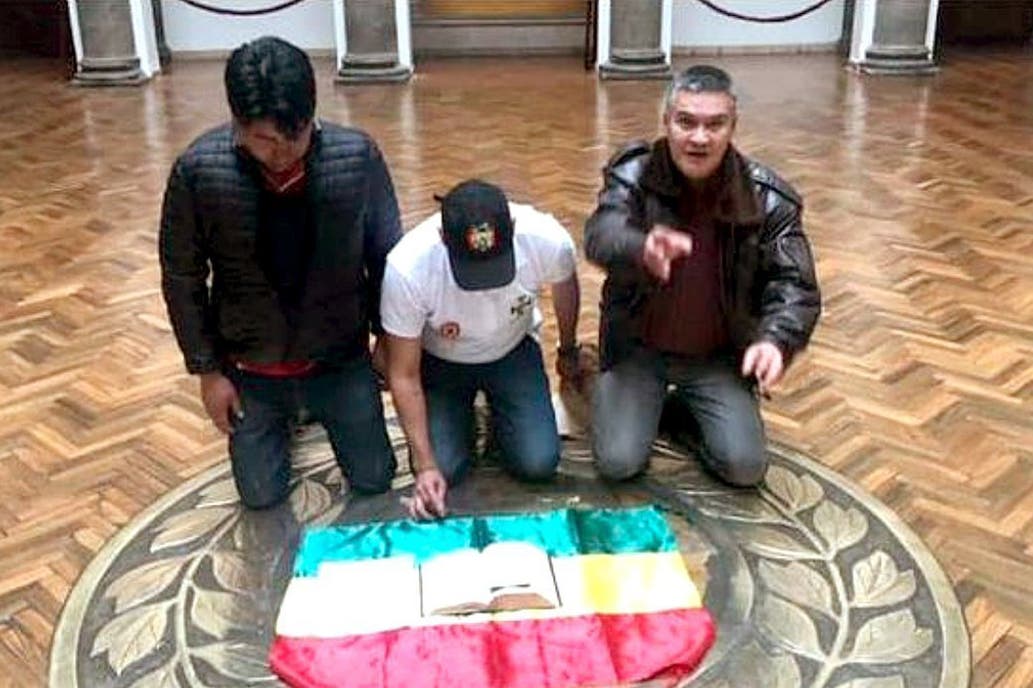 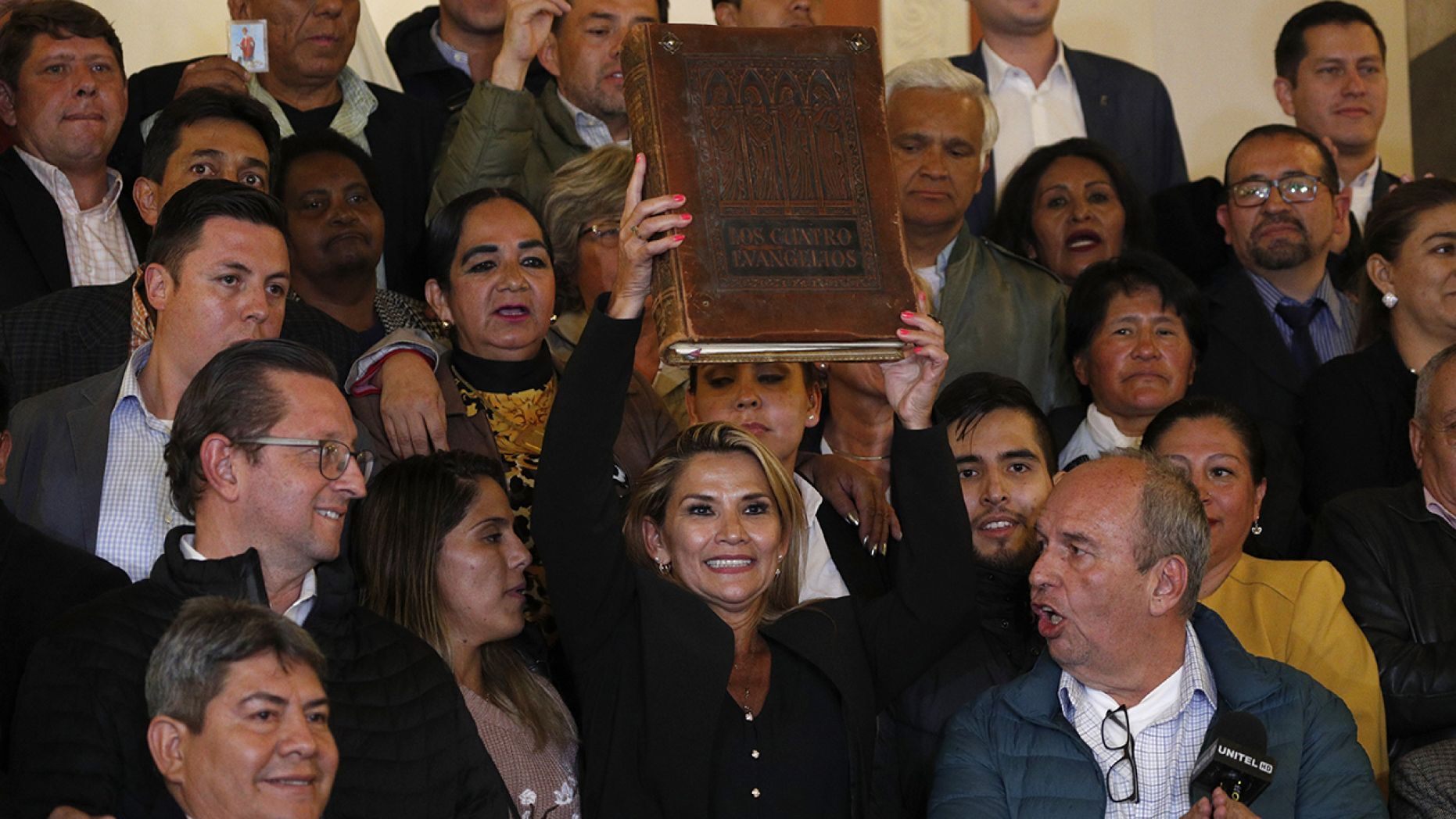 …after which Bolivian interim president Jeanine Añez (center holding Bible over her head) declares to world: “God has allowed the Bible to come back into the palace.  May He bless us”.

According to this report, on 22 January 2006 the South American nation of Bolivia installed as its new leader President Juan Evo Morales Ayma—most commonly known in his own nation as “Ayma” or “Evo”, and in the West as “Evo Morales”—but regardless of which name he is called, is an unabashed godless socialist who changed his nation’s constitution to throw out Christianity, the Bible and everything having to do with God—an affront to a nation that sees over three-quarters of its citizens being Christians—but whom Morales continued to godlessly rule over by his constantly changing the constitution to allow him more terms—and even when in 2016 his nation’s peoples said no more, it saw Morales using his leftist courts to overrule them and stay in power—thus causing a group of Bolivian lawmakers this past April-2019 to send a letter to President Trump requesting that he work to intervene in their country's upcoming election in order to block Morales from running again—but Trump was unable to accomplish resulting in Morales being declared the victor in 20 October 2019 election—which then resulted in the miraculous events that led to his being thrown from power and forced into exile by a single Bible—that today sees Morales confusedly wondering from his exile in Mexico why his nation’s Christians fear him running in elections so much—saw him revealing that the US ominously offered him “help” fleeing Bolivia—an offer Morales refused because he believes the US would throw him in GITMO if they got their hands on him. 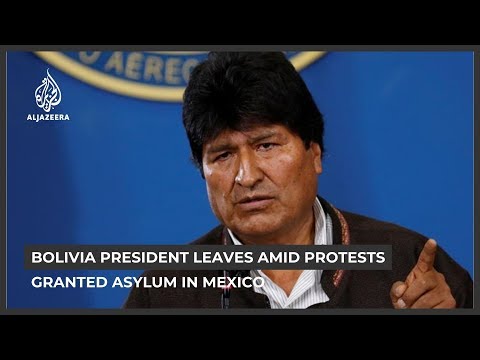 Most critical to note about the events occurring in the South American nation of Bolivia residing under the Western Hemisphere protection of the United States’ all-powerful Monroe Doctrine that President Trump has now revived against China, this report concludes, is that its main focus is to totally eradicate godless socialism from this vast region—a stance Trump fully explained to the entire world on 24 September 2019 in his proclamation to the United Nations that saw him warning “In the last century, socialism and communism killed 100 million people”—saw him stating the truth that “socialism and communism are not about justice, they are not about equality, they are not about lifting up the poor, and they are certainly not about the good of the nation…they are about one thing only: power for the ruling class”—and where he also declared: “Today, I repeat a message for the world that I have delivered at home: America will never be a socialist country.”—a declaration Trump made for his nation’s peoples and military forces based on the grim reality facing the United States and entire Western Hemisphere best articulated this past week by their most revered elder statesman Henry Kissinger—who in gravely warning about the soon coming “catastrophic collision” between the free Christian country of America and the socialist-communist nation of China, accurately described the future with his chilling words:  “It will be worse than the world wars that ruined European civilization…one side cannot dominate the other…and they have to get used to that”—but who didn’t factor into his future analysis of this global existential crisis God or the leaders who serve Him—one of whom in Bolivia just reminded godless socialists of how powerful a single Bible really is—another being President Putin who has led “the triumph of Christianity in Russia”—and the most powerful one of whom in the world today is President Donald Trump—whom tens-of-millions of his peoples know God miraculously put in power to rule over them. 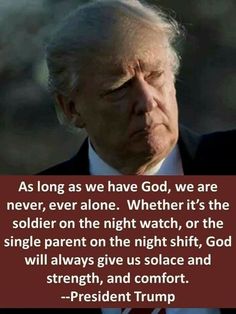 November 16, 2019 © EU and US all rights reserved. Permission to use this report in its entirety is granted under the condition it is linked  to its original source at WhatDoesItMean.Com. Freebase content licensed under CC-BY and GFDL.