A fascinating new Security Council (SC) report circulating in the Kremlin today noting President Donald Trump’s refusal today to attend the summit of the Association of Southeast Asian Nations (ASEAN), states this move led Prime Minister Dmitry Medvedev to warn that the United States now poses “a serious challenge for ASEAN”—a serious challenge not only to ASEAN, but all other elite globalist institutions and trade blocs standing in the way of the “Fortress America” vision Trump is putting into place “brick-by-brick”—and whose need for building is so America will be prepared to face a Communist China now being called “The Third Reich Of The 21st Century”—and inbetween these powerful forces of Fortress America and the Chinese Third Reich, now sees Trump having thrown into the middle of them his own nation’s socialist forces to see which of them they will choose—a choice being sidestepped by socialist Democrat Party leader US Speaker of the House Nancy Pelosi who is now urging Trump to join with the European Union against the Chinese—but is a fantasy to never happen as Trump and his team want to also wipe out the socialist European Union.  [Note: Some words and/or phrases appearing in quotes in this report are English language approximations of Russian words/phrases having no exact counterpart.] 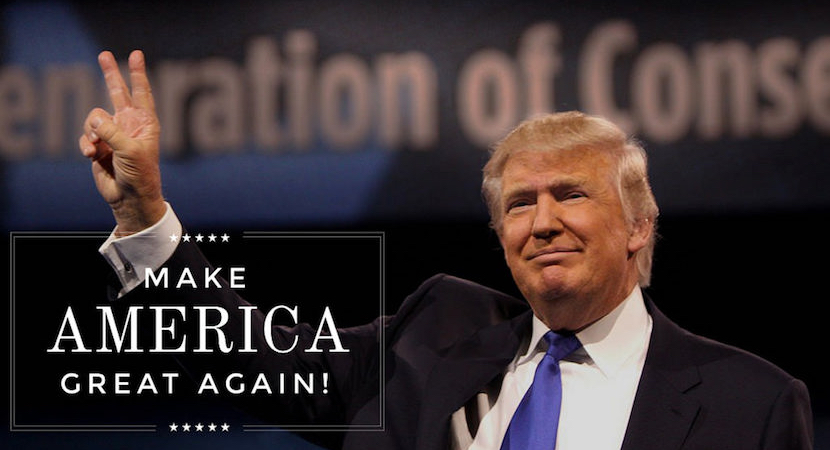 According to this report, the greatest understanding of what is now occurring in the United States can only be accomplished by one’s knowing about “The Great Game”—which was the military-political- diplomatic confrontation that existed for most of the 19th Century between the British Empire and the Russian Empire over Middle Eastern and Asian oil and mineral resources—a deadly confrontation leading to countless global conflicts resulting in the final conflagration called World War II—which by the end of saw both the British Empire and the Russian Empire ceasing to exist—along with too many other empires and nations to count—but some of whose most notable ones were the Japanese Empire, the German Nazi Empire, the Austria-Hungarian Empire and the Ottoman Empire.

Following the 1991 dissolution of the Soviet Union, this report continues, the late 1990s saw “The New Great Game” beginning—with it this time being a military-political-diplomatic confrontation between the United States and, basically, the entire world over who will control Middle Eastern and Asian oil and mineral resources—a deadly confrontation that has led to countless conflicts destroying the nations of Afghanistan, Iraq, Libya and Syria—but whose threat against Russian and Chinese backed Iran is one that would lead to World War III—a grim reality known by President Trump when he began playing “The New Great Game”—that he expanded the global playing board of by his making “New Great Game” moves in the Arctic and Greenland—while at the same time, he made a “New Great Game” move to get Russia to help him against China—a move met by Russia telling Trump that it has no plans to forge a military alliance with China. 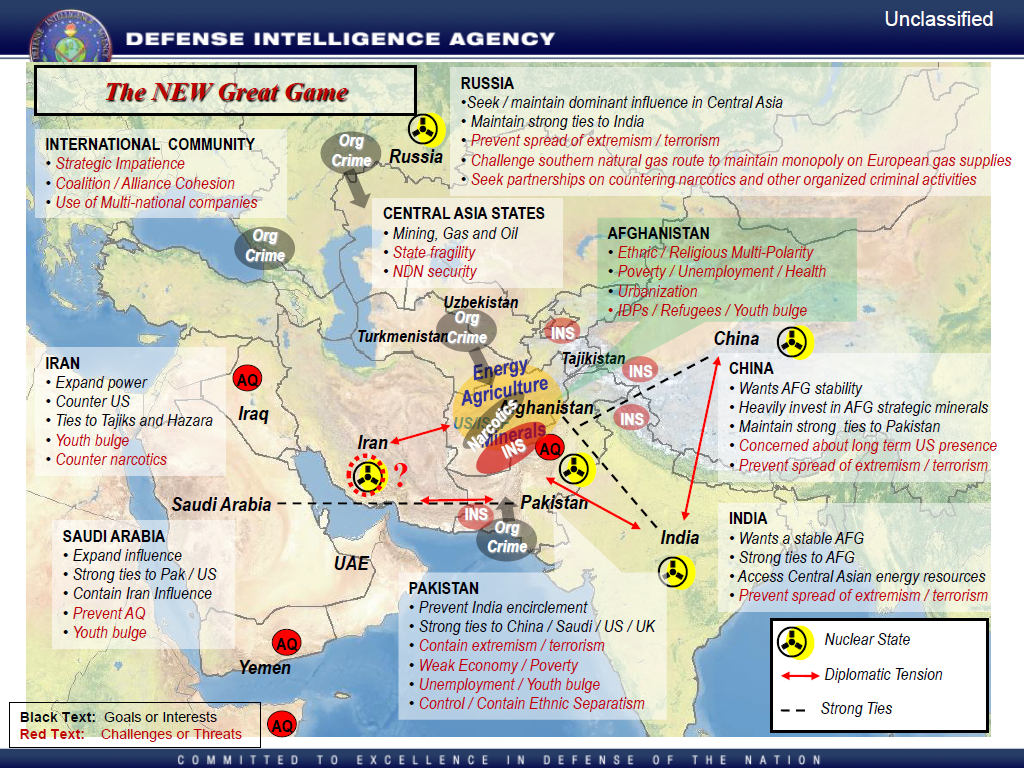 During the past fortnight, this report details, President Trump has transformed “The New Great Game” by expanding its boundaries into Syria where he’s illegally seized its oil fields—the first images of sweeping around the world today are being met with shock and outrage—most particularly because these images show US military forces protecting criminal oil smugglers stealing $30 million worth of oil a month from Syria and its peoples who it belongs to—but whose true purpose behind Trump’s move is to keep Syria from having the money to rebuild its war torn nation—a massive rebuilding project Syria has signed numerous contracts with Iranian construction companies to begin—that Trump then countered by moving to label these Iranian construction companies as “terrorist organizations”—and whose final expected outcome is being best described as:

With the transformation of the rules of the “Great Game” in the Middle East emerging out of President Trump’s recent Syrian surprise pullout and Putin’s brilliant manoeuvres since 2015, a sweeping set of development/reconstruction programs led by China now have a chance to become hegemonic across the formerly hopeless, terrorist-infested region.

The masterful moves being made by President Trump in this “New Great Game”, this report explains, shows him deliberately forcing China to rebuild Syria—a rebuilding that China can only undertake by moving in its own military forces to protect the valuable multi-billion-dollar construction projects it’s now signing contracts to build—which, in turn, will allow Trump to begin withdrawing US military forces from this region where they’ll no longer be needed—that will then make China, along with its own Middle East allies, the new protectors of peace in this region—a region that is actually well within China’s sphere of influence due to its over $900 billion Silk Road Project that will stretch from Asia to Europe—and whose oil and natural gas resources American soldiers having been dying by the thousands to protect over the past half century, are no longer needed by a United States who is now the world’s largest oil producer.

From his mastery of “New Great Game” moves designed to bring American soldiers home from foreign shores, to his making the US economy “the envy of the world”, this report concludes, one would normally expect President Trump to be cheered and celebrated for the staggering list of accomplishments he’s been able to set before his nation and its peoples while building his Fortress America—a concept that puts America first before all other nations—and on the day Trump was elected, saw Nobel Prize winning New York Times economist Paul Krugman predicting a doomsday for the US economy it would never recover from—a prediction last week Krugman admitted was disastrously wrong because Trump was right that globalization had screwed American workers—thus definitively proving beyond all doubt that Trump is smarter than Nobel Prize winning economists—but whom anyway the deranged socialist Democrats are trying to overthrow in yet another impeachment coup—a coup fully supported by socialist Democrat Party New York State Governor Andrew Cuomo—who yesterday ignored the nearly 500,000 citizens who have fled his New York socialist paradise while he declared that our world had never in history had a hurricane or tornado before Trump ignored climate change—leftist insanity so demented and deranged, it caused even the most powerful liberal leader in California politics Willie Brown to warn his parties Democrat impeachment hoax leaders:

If the goal was to damage President Trump by formalizing the impeachment inquiry, it’s Unaccomplished for House Democrats.

If anything, the vote solidified Trump’s hold on power.

There were zero GOP defections, meaning we have zero drama heading into the public phase of impeachment.

Everyone is pretty much in the same lanes they’ve been in since the Russian-collusion investigation, the obstruction of justice investigation and every other investigation.

So the Democrats will spend the next few precious months acting out a pretend cliffhanger to which everyone actually knows the script and the ending.

No plot twists in sight.

Come next year, Trump will have an impeachment victory and quite possibly a solid economy.

The Democrats will have — what? 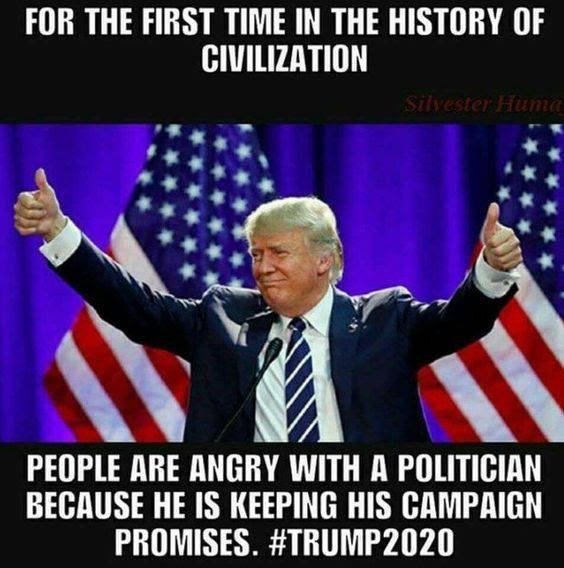 November 3, 2019 © EU and US all rights reserved. Permission to use this report in its entirety is granted under the condition it is linked  to its original source at WhatDoesItMean.Com. Freebase content licensed under CC-BY and GFDL.