An intriguing new Ministry of Defense (MoD) report circulating in the Kremlin today states that with just weeks to go before US Army General Mark Milley takes over the position of Chairman of the Joint Chiefs of Staff on 1 October, he has greatly been aided by President Donald Trump having just ousted from power US Navy Chief of Naval Operations Admiral John Richardson—as well as his firing three US Navy ship commanders loyal to Admiral Richardson—a more than deserved sacking of this US Navy top officer whom President Obama had appointed to his post in 2015—but during whose tenure allowed the US Naval Academy to deteriorate so badly that its mission to train midshipmen is under threat and could take millions to fix—while at the same time, he ordered his future US Naval officers to begin leftist training in transgender issues and safe spaces—thus explaining why Admiral Richardson’s graduates from the US Naval Academy imbued with Obama socialist logic, instead of how to fight wars, have kept crashing their multi-billion-dollar warships on the high seas—and why Trump has ordered the US Navy to stop their crazed climate change mission mandated by Obama, as well as his ordering the US Naval Academy to take down their “safe space” webpage—prescient moves Trump has taken in the wake of his August-2018 reactivation of the United States Second Fleet that was declared operational in May-2019 and continues to grow in power and strength—and whose unmistakable mission was made clear on 16 August when its powerful Arleigh Burke-Class guided-missile destroyer USS Gravely sailed off the coast of Greenland—the same date that news reports began to emerge that Trump wanted to buy Greenland—an offer actually made months ago by top Trump ally US Senator Tom Cotton who met with the Danish ambassador to begin exploring their interest in selling Greenland to America—and all occurring without the American people being told the truth that Greenland is being fought over by both the United States and Communist China.[Note: Some words and/or phrases appearing in quotes in this report are English language approximations of Russian words/phrases having no exact counterpart.] 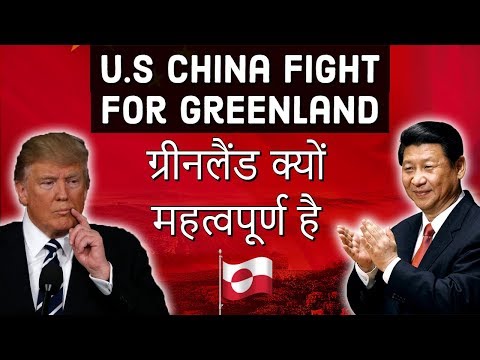 According to this report, the world’s largest island Greenland, located near entirely above the Arctic Circle, is the least densely populated territory in the world comprised mostly of First Nation-Inuit peoples, eight in ten of whom speak their official language Inuit—and today sees these barely 56,000 peoples having no roads between their 17 towns and one commercial international airport—but whom, aside from living in one of the most centrally located places in the world for commerce, sit atop one of the largest deposits of untapped mineral resources every industrial power on the globe will need if they’re to economically survive the 21st Century.

The two nations needing the resources of Greenland more than others, this report explains, are the United States and Communist China—but whose competing ideologies to achieve their goals see the United States using “Hard Power”—which is the use of military and economic means to  influence the behavior or interests of other political bodies—while China uses “Soft Power”—which is the ability to attract and co-opt, rather than coerce. 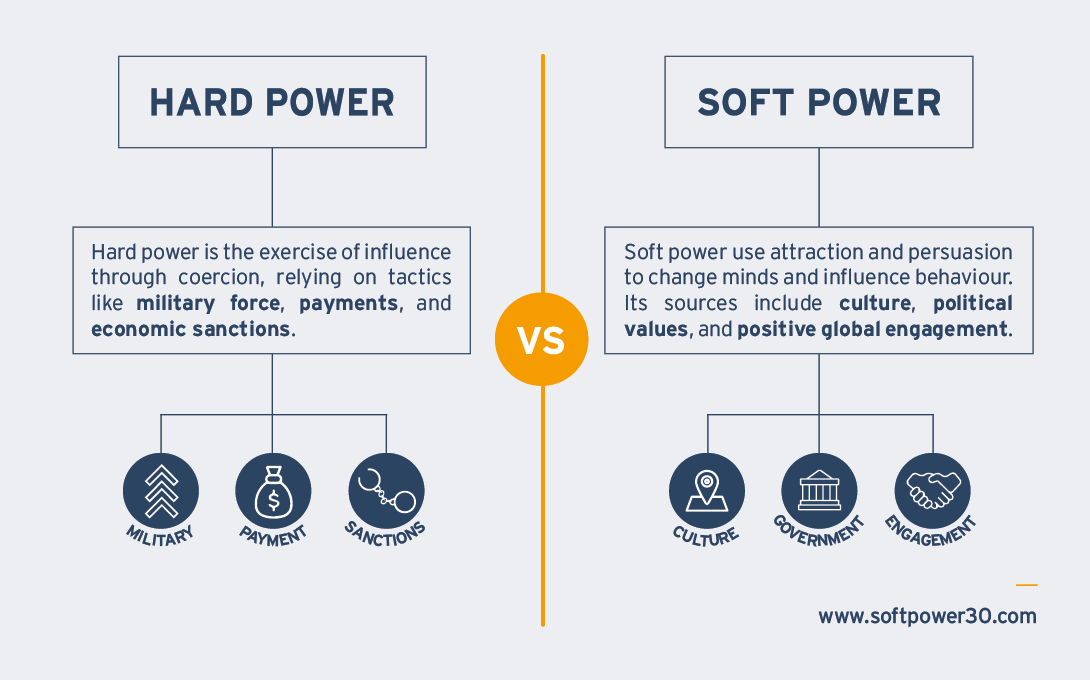 Though one would think that “Soft Power” ideology would be the preferable method for a nation to achieve its long term goals, this report explains, as practiced by Communist China they couldn’t be more mistaken—most particularly because China uses its “Soft Power” to coercively bend the nations they capture into their sphere of influence into accepting its godless communist beliefs—and are nations China is able to capture because they’ve become “The World’s Loan Shark”—and that has seen them lend multiple billons-of-dollars to unsuspecting nations who are unable to ever pay them back, thus making them vassal states to these communists. 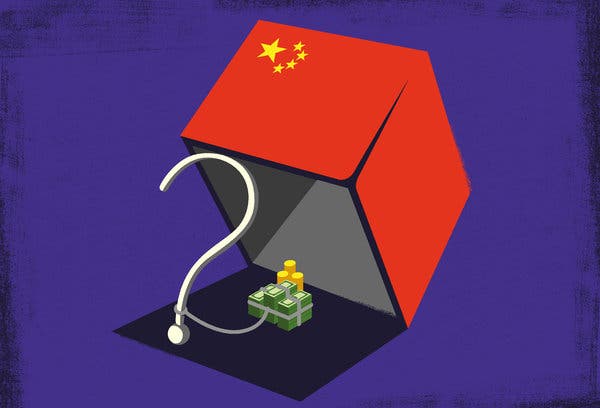 In 2017, this report continues, University of Canterbury in New Zealand professor Anne-Marie Brady rang alarm bells the world over when she presented her scientific paper titled “Magic Weapons: China's Political Influence Activities Under Xi Jinping”—wherein she documented how the “Soft Power” using Communist Chinese government was working with Chinese diaspora community organizations and ethnic Chinese media as part of a united front strategy to advance Chinese political and economic interests in New Zealand—the success of which was demonstrated in its terrible horror this year when socialist New Zealand Prime Minister Jacinda Ardern adopted the communist strategy of disarming her nation’s citizens before full communist rule is established—but are communist inspired gun ban laws that today sees millions of average New Zealand citizens being classified by their own government as criminals because they’ve only turned in 700 banned guns out of the over 1.5 million they are known to possess.

Being one of the world’s most prominent China scholars, this report notes, Professor Brady, also in 2017, saw the Ministry of Defense taking alarming notice when she published her scholarly book titled “China As A Polar Great Power”—wherein she documented how the Communist Chinese were going to use “Soft Power” to capture Greenland into their sphere of influence—after which they would make it their main Arctic Circle military base where they would deploy nuclear missiles to be used against both the United States and Russia if either of them tried to interfere with their Arctic ambitions.

With Communist China barely disguising its intentions towards Greenland, this report continues, it came as no surprise to MoD intelligence analysts when, after Professor Brady began sounding the alarm, President Trump had his Department of Defense pick a US company instead of Greenland's Royal Arctic Line to ship goods to their American military forces stationed there—further saw Trump’s Department of Defense stating its intention to “pursue potential strategic investments vigorously”, including airports in Greenland for both military and civilian use—saw Trump’s Defense Secretary James “Mad Dog” Mattis rushing to Denmark and warning them that “Beijing must not be allowed to militarize this stretch of the Arctic”—saw Trump himself reactivating the United States Second Fleet to defend Greenland—all of which was followed by Trump’s Undersecretary of Defense for Policy John Rood signing a declaration that stated: “In light of world events, the US acknowledges the increasing importance of the Arctic—and this statement of intent lays out the principles for investments in Greenland to enhance US military operational flexibility and situational awareness…the US Department of Defence intends to pursue potential strategic investments vigorously….for example…in projects related to the airport infrastructure in Greenland that may have dual civil and military benefits”. 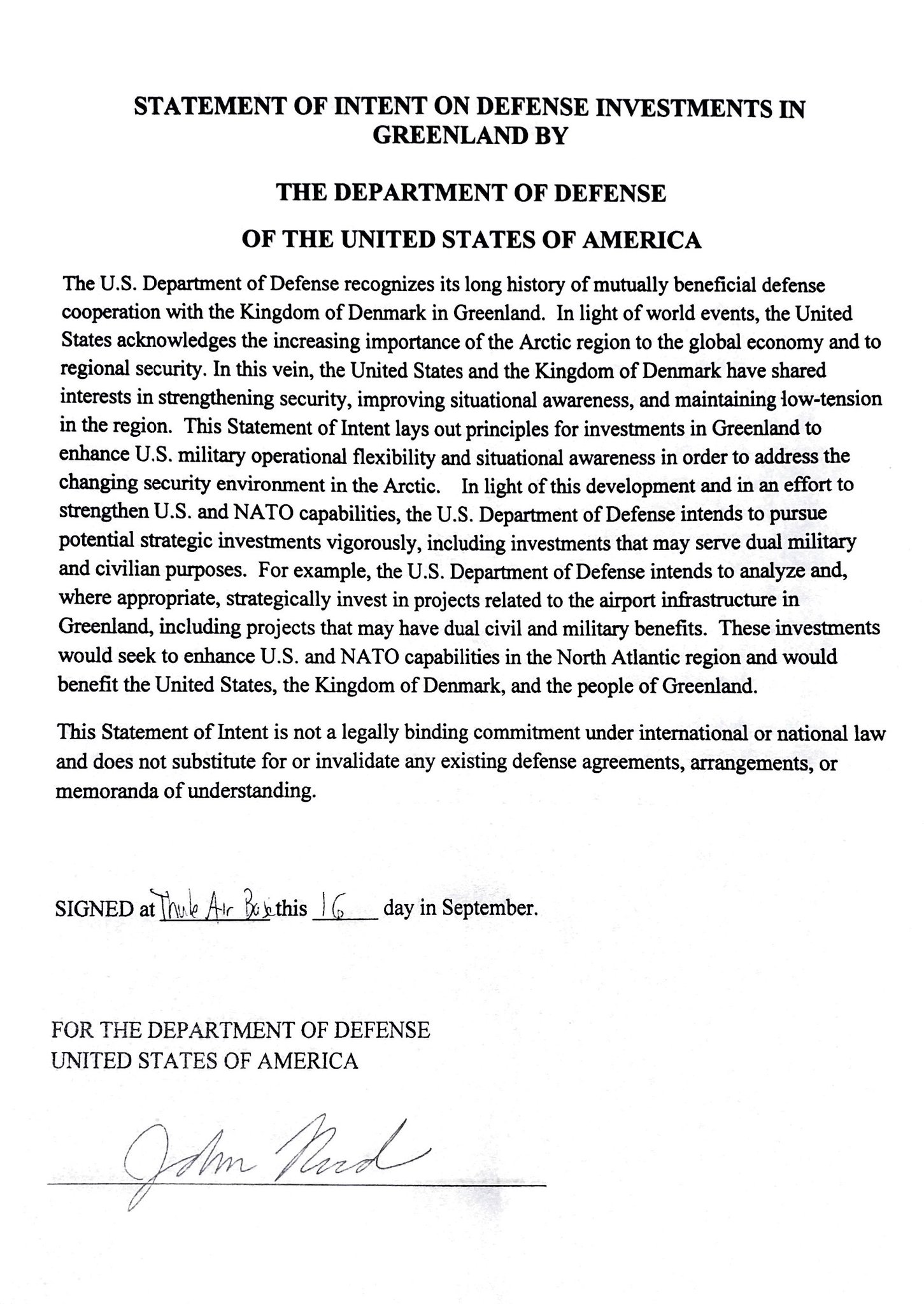 Most important to note about Defense Undersecretary John Rood’s declaration about Greenland, this report concludes, is its admitting that it is not a legally binding commitment under either international or national law—thus making it a military declaration falling under the full power and jurisdiction of America’s existing state of war that sees it fighting in, at least, seven nations around the world—thus making it understandable why President Trump has ordered his State Department to open a consulate in Greenland for the first time in history that’s able to bypass the Danish government—as he knows full well that, since 2008, the peoples of Greenland have nearly full autonomy and are able decide for themselves if they want to become part of the United States—a decision they’re going to have to make much sooner than later—otherwise they’ll see what “Hard Power” really looks like up close and very personal. 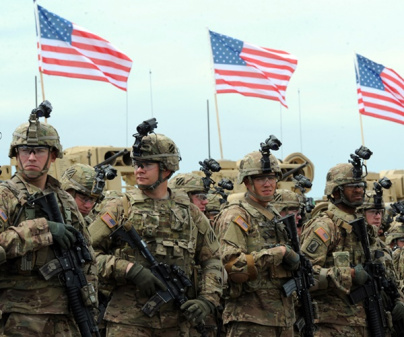 August 28, 2019 © EU and US all rights reserved. Permission to use this report in its entirety is granted under the condition it is linked  to its original source at WhatDoesItMean.Com. Freebase content licensed under CC-BY and GFDL.