An absolutely mind-shattering new Ministry of Defense (MoD) report circulating in the Kremlin today noting the de-escalation measures taken by the United States to prevent a catastrophic nuclear exchange with Russia, that began on 7 July 2019 when President Donald Trump ousted from power the US Navy’s top uniformed officer Vice-Admiral William Moran, continued this week when Dr. Mark Esper was sworn in to became US Secretary of Defense on 23 July 2019—an appointment unprecedented in American history as just a fortnight ago, Dr. Esper was the US Secretary of the Army—on 15 July 2019 saw Trump sending his formal nomination to the US Senate—and without any hearings being held, then saw the US Senate confirming his appointment 8-days later, on 23 July 2019, by an astonishing 90-8 approval vote—a rapid move made for peace after President Putin ordered the nuclear armed Admiral Gorshkov “Nation Killer” warship to station itself off the Eastern US Coast in the Caribbean Sea—and upon Putin being told by Trump that Dr. Esper was a US Army West Point classmate of US Secretary of State Pompeo, convinced him the US Army was now fully in control of Pentagon, not the US Navy—thus enabling Putin to order the transfer into FBI custody of ISIS sniper and weapons instructor Ruslan Maratovich Asainov—who detailed to his Russian Military Police interrogators how he had been working with an elite group of US Navy Seals stationed in Iraq to smuggle into Mexico ISIS snipers he had trained, who would then be smuggled into America itself by another group of US Marines, and whose intended assassination target was Trump—that caused now Secretary of Defence Esper, within the past 24-hours, to suspend from duty, and order back to America from Iraq, 19 US Navy Seals and four of their support troops—as well as his further ordering the immediate arrest of at least 16 US Marines—who are the ground force of the US Navy.  [Note: Some words and/or phrases appearing in quotes in this report are English language approximations of Russian words/phrases having no exact counterpart.] 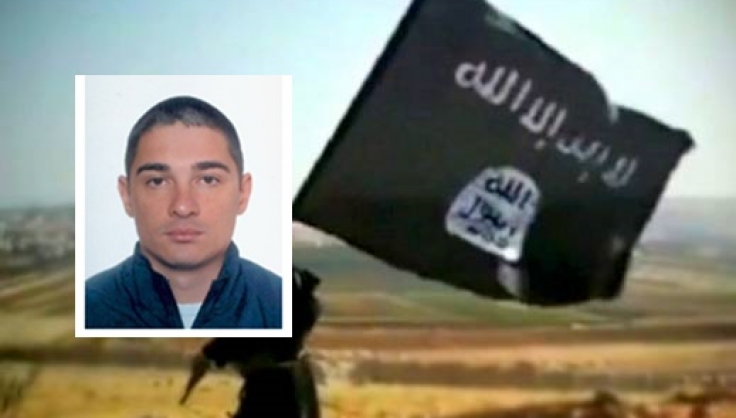 According to this report, since late 2017, the Centre for Reconciliation of Opposing Sides and Refugee Migration Monitoring has been working cooperatively with Syrian Democratic Forces, who are composed primarily of Kurdish, Arab, and Assyrian/Syriac militias, as well as some smaller Armenian, Turkmen and Chechen forces friendly to Russia and battling against ISIS barbarian terrorists—and which led to the December-2018 meeting in Moscow between these parties to discuss the future of east Euphrates.

Among the more “complex/substantive” [cубстанционализирующимися] issues discussed over this time period between Russian and SDF negotiators, this report details, involved an ISIS sniper and weapons trainer captured by Russian Military Police forces in Syria while attempting to use false identity documents at a check point near the Turkish border—and who, during his interrogation, confessed that his true name was Ruslan Maratovich Asainov, and his further revealing that he was a naturalized United States citizen.

Upon Asainov’s subsequent interrogations conducted by Russian Military Intelligence (GRU) specialists, this report notes, he confessed to being involved in a vast plot to smuggle into the United States snipers he had trained while being an “emir” of the Islamic State Caliphate—ISIS snipers he traveled throughout Syria to find, then return them to the Syrian-Iraqi border where they were taken into custody by Foxtrot Platoon of SEAL Team 7—who then passed these ISIS snipers off to SEAL Team 10 who smuggled them into the South American nation of Colombia—where drug smugglers would then take them to the US Southern Border with Mexico—where, in turn, these ISIS snipers were smuggled into America by a group of US Marines working with these US Navy Seals—and most gravely concerning about Asainov’s confessions, his describing how he was told by US Navy Seal aircraft technician Brandon Caserta that these ISIS snipers’ mission was to “Off The Orange Man”—an obvious reference to President Trump.

Under direct orders given to the GRU by President Putin himself, this report continues, the Pentagon was informed of ISIS sniper Asainov’s capture—and were further informed that he was not subject to normal US State Department protocols involving the arrest of American citizens—as he was a prisoner of war as designated under Russian military law for the classification of enemy combatants captured on a battlefield –but whose GRU confession notes were, indeed, given to the Americans upon this notification.

Upon the Pentagon receiving from the GRU the confession notes of ISIS sniper Asainov last March-2018, however, this report says, only the members of SEAL Team 10 were moved against—with the “official story” of their destruction being them all having become cocaine addicts while being deployed to Colombia—and saw US Navy investigators writing in their report “A fifth SEAL “ingested cocaine” at his home on April 15, 2018, and killed himself the following month”—but who, in reality, was the same US Navy Seal aircraft technician Brandon Caserta who told ISIS sniper Asainov that the mission of these ISIS snipers being smuggled into the US was to “Off The Orange Man”—thus explaining why this young US Navy Seal wrote the words “I want to see as many people fired, kicked out or, at the very least, lose rank” before he shouted at a US Navy Seal helicopter captain “I’m sorry you have to see this”—and then hurled himself into the spinning tail rotor of an MH-60S helicopter—or at least as the “story” goes, as only US Navy Seals were witness to this death. 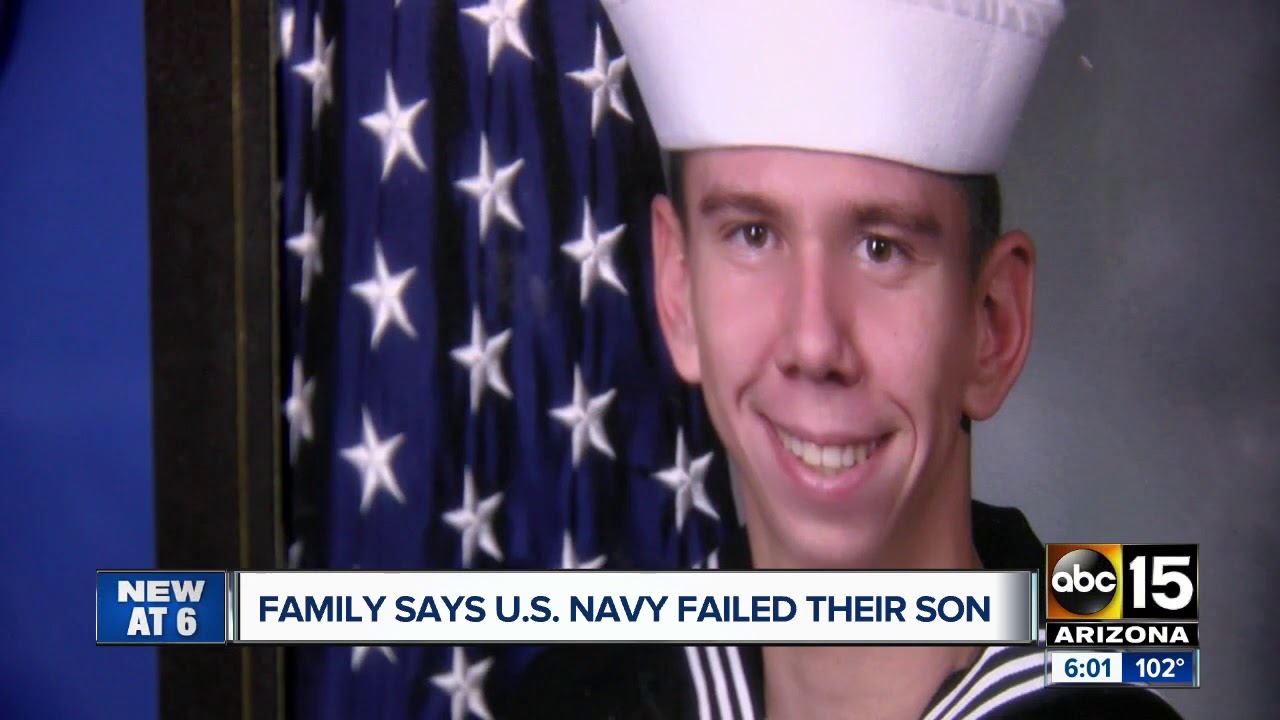 After the suiciding of young US Navy Seal Brandon Caserta, this report further notes, the MoD cut off all information contact with the Pentagon regarding ISIS sniper Asainov—that is until a few weeks ago when then US Army Secretary Dr. Mark Esper made a courtesy call to Defense Minister Sergei Shoigu to inform him that President Trump was going to nominate him to be the new US Secretary of Defense—and during whose conversation saw Esper inquiring of Shoigu what were the most pressing issues Russia would like dealt with.

Most astounding to Defense Minister Shoigu, this report documents, was that Secretary Esper seemed genuinely “shocked and surprised” after being informed of everything involving ISIS sniper Asainov—and upon being fully briefed, saw him explaining to Shoigu that before he could do anything, Asainov would first have to be in US custody—to which Shoigu replied that Russia would never hand over Asainov to anyone in the US military, especially anyone in the US Navy—thus causing Esper to suggest that Russia hand over Asainov to the Syrian Democratic Forces who, in turn, would only hand him over to FBI officials known and provable to be fully loyal to President Trump.

During the past fortnight, this report concludes, Russia, in fact, did transfer custody of ISIS sniper Asainov to the Syrian Democratic Forces—who, in turn, then turned him over to confirmed Trump-loyal officials belonging to the FBI who brought him back to America and filed multiple criminal charges against him—and upon Asainov confirming to the FBI the confession he gave to GRU interrogators, saw Secretary Esper quickly flooding the skies of Washington D.C. with fully armed US Army combat helicopters in a show of force—and who, also, during the past 24-hours, ordered his US Special Operations Command to announce to the world on Twitter: “EMBERGENY RELEASE: Operation Inherent Resolve Special Operations Commander orders early return of deployed SEAL platoon...The Commander lost confidence in the team’s ability to accomplish the mission”—while at the same time, he further ordered the immediate arrest of at least 16 US Marines who completed the final leg of this mission to smuggle ISIS snipers into America to assassinate President Trump—all of which, without any doubt, is fully known to the top echelons of the American intelligence community—best exampled by Trump-loyal former FBI Deputy Assistant Director of the Counterterrorism Division Terry Turchie, who, with trembling voice a few hours ago, appeared on Fox News and “confirmed a hostile intelligence operation has been mounted against Trump”. 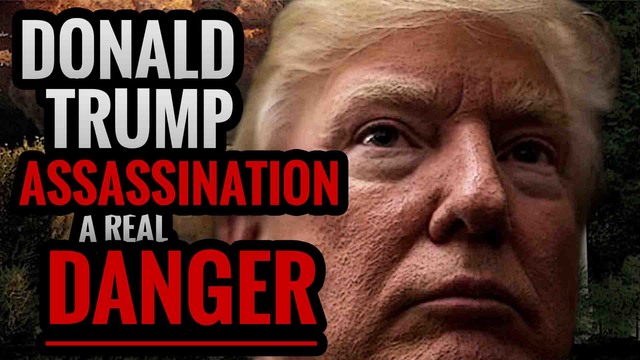 July 26, 2019 © EU and US all rights reserved. Permission to use this report in its entirety is granted under the condition it is linked back to its original source at WhatDoesItMean.Com. Freebase content licensed under CC-BY and GFDL.