An informative new Security Council (SC) report circulating in the Kremlin today first noting the upper house of parliament Federation Council ratified unification treaties with the Donetsk and Lugansk People’s Republics and Kherson and Zaporozhye Regions to become part of the Russia, says the Constitution of the Russian Federation will next need to be amended for the accession to be finalized—is a process that follows the lower house of parliament State Duma ratifying these unification treaties, and saw top political leader Gennady Zyuganov warning the Russian peoples: “We must be well aware that a new army has gathered against us…The Fourth European NATO Reich, where thirty countries united all their regiments and armies”—and was a warning swiftly followed by Foreign Minister Sergei Lavrov informing the world: “The vast majority of countries — I guarantee you — realize our righteousness...Not everyone has the courage and simply just the strength to objectively talk about it frankly...I am convinced that truth will prevail...Any other approaches, artificial escalation of confrontation, artificial mobilization of anti-Russian forces, threats and blackmail — all this is lacking historical perspective or context”.

Upon the process starting for Russia to join with these regions liberated during the “Special De-Nazification Operation”, this report notes, it saw Ukrainian President Vladimir Zelensky announcing his country’s intention to apply for fast-track NATO membership, only 9 of whose members supported this move, but to occur needs the unanimous consent of all 30 member states of NATO—then it saw German Permanent Representative Ruediger Koenigt to NATO explaining that the United States-led bloc is not obliged to offer direct military assistance to Ukraine, and added that its members want to avoid a major war.

Quickly following German Permanent Representative Koenigt explaining that NATO has no obligation to assist Ukraine and wants to avoid a major war, this report continues, it saw former top Pentagon official Colonial Douglas MacGregor more factually revealing: “No one wants to go to war with Russia, other than the Poles and a few people in Washington...It looks like the only people that want World War III with Russia are Joe Biden, Senator Lindsey Graham, and their war hawk gang in D.C.”—a factual revelation joined by top socialist Biden Regime official Secretary of State Antony Blinken near openly admitting American involvement in the blowing up of the Nord Stream 1 and Nord Stream 2 pipelines, then proclaiming: “We’re now the leading supplier of LNG to Europe to help compensate for any gas or oil that it’s losing as a result of Russia’s aggression against Ukraine...It’s a tremendous opportunity to once and for all remove the dependence on Russian energy and thus take away from Vladimir Putin the weaponization of energy as a means of advancing his imperial designs...That’s very significant and that offers tremendous strategic opportunity for the years to come”—in immediate response, Foreign Ministry spokeswoman Maria Zakharova said “Drop curtain”, as no further theatrics are needed to determine who perpetrated this act of war, then she factually stated: “Russia has never used energy as a weapon…Russia and the USSR before it simply supplied gas to Europe...Uninterrupted...For fifty years...Washington’s lies only confirm its criminal manipulation of the subject”.

A few short hours after the 51% Russian owned and 49% German owned  pipelines Nord Stream 1 and Nord Stream 2 were blown up in a blatant act of war, this report details, Poland slapped Germany with a $1.3-trillion bill for World War II, that included damages for the crimes committed against Jews by Poles—and for one to understand how these two events are connected, it’s best documented in the just published American intelligence article “Who Profits From Pipeline Terror?”, wherein it reveals true facts like:

“Secret talks between and to resolve their Nord Stream 1 and 2 issues had to be averted at any cost...This is a declaration of war against and against businesses and citizens of the EU”.

“Pipeline Terror is part of a Straussian offensive, taking the splitting up of and to the ultimate level”.

“The Wolfowitz Doctrine goes straight to the point: any potential competitor to hegemony, especially “advanced industrial nations” such as and , must be smashed. should never exercise sovereignty: “We must be careful to prevent the emergence of a purely European security system that would undermine NATO, and particularly its integrated military command structure”.

“The Ukraine Democracy Defense Lend-Lease Act was adopted only five months ago…It establishes that Kiev has a free lunch when it comes to all arms control mechanisms…All these expensive weapons are leased by the US to the EU to be sent to Ukraine…The problem is that whatever happens in the battlefield, in the end, it is the EU that will have to pay the bills”.

“Dissident Beltway sources swear that the CIA is also not part of this game; Langley’s agenda would be to force the Straussians to back off on Russia reincorporating Novorossiya and allow Poland and Hungary to gobble up whatever they want in Western Ukraine before the entire US government falls into a black void”.

During the near entirety of the Cold War between the United States and former Soviet Union, this report notes, “dissident Beltway sources” seeking to prevent a nuclear war used America’s richest man Howard Hughes as a secretive conduit via Robert Maheu, who worked for the FBI and the CIA before he became billionaire Howard Hughes' confidant and right-hand man—is a history worth remembering because America’s richest man today is Elon Musk, whom many suspect “is a front for the CIA like Howard Hughes. ”—in apparently speaking for the current “dissident Beltway sources” seeking to prevent a nuclear war, Elon Musk just proposed a plan to end the conflict in Ukraine—and after Musk made his proposal, the Daily Mail newspaper in London was flooded with comments like: “Elon is right…We don’t need a nuclear war…Ukraine should stay away from NATO and be neutral”, “Elon is absolutely right…Russia and Ukraine should seek a peace agreement as soon as possible”, “We will not allow the United States to drag us and the rest of the world into a nuclear Armageddon”, “None of the Western politicians wants a diplomatic solution…They earn too much money on this to talk about a settlement” and “Musk is 100% right…A peace agreement between Russia and Ukraine was ready when the parties met in Turkey, and Boris Johnson, at the direction of NATO, deliberately spoiled it so that the US war machine could extort billions of dollars from its citizens and wage a proxy war with Russia”.

In his proposal for peace, this report continues, Elon Musk assessed: “Also worth noting is that a possible outcome from this conflict is nuclear war...Russia has 3 times population of Ukraine, so victory for Ukraine is unlikely in total war...If you care about the people of Ukraine, seek peace...This is highly likely to be the outcome in the end, just a question of how many die before then”—was a proposal for peace that caused Ukrainian President Volodymyr Zelensky to attack Musk for supporting Russia—then it saw Ukrainian Ambassador Andrij Melnyk telling Musk: “No Ukrainian will EVER buy your fucking Tesla crap…Fuck off”—immediately after which, President Zelensky invoked a decree of the National Security and Defense Council of Ukraine on the impossibility of holding negotiations with President Putin—after outlawing all peace negotiations, the Ukrainian government then declared it’s prepared to give the socialist Biden Regime virtual control over its selection of Russian targets—a declaration immediately followed by the socialist Biden Regime announcing a new $625-million military aid package for Ukraine—an announcement made beyond shocking because it came at the exact moment it was revealed: “As of August, 60% of Americans were living paycheck to paycheck”—but does explain why it was reported this morning: “Poll shows big shift in party preference for the United States midterms...Democrats have slipped from a seven-point lead to a three-point deficit heading into congressional elections”.

As the Western colonial powers’ economic dominos keep falling due to their failed socialist ideology plunging towards total war, this report concludes, top American economic expert Keith McCullough, founder and CEO of Hedgeye Risk Management, warned the coming recession could be the biggest ever, and said to his investors: “I recommend prayer”—is a recommendation for Americans to start praying that follows former top White House expert on Russian affairs Fiona Hill warning: “The West is already embroiled in World War 3 with Russia but has failed to notice it”—and is a warning joined last evening by America’s most watched newsman Tucker Carlson of Fox News, who grimly assessed:

Last Tuesday, the largest act of industrial terrorism in our lifetimes was a baffling crime, said Tony Blinken, but by Friday, that same event had become "a tremendous opportunity", in fact, a tremendous strategic opportunity for the years to come. It's a good thing.

Now that's an admission. That's the clearest admission we're ever going to get.  No one could miss it, least of all the Russians.

The Biden administration is responsible, either directly or through proxies, for the destruction of the Nord Stream pipelines and the environmental catastrophe and the economic collapse that will certainly follow.

So the question is, where does that leave us?  And that's the problem.

This act leaves us, the United States, with no option but total war with Russia. 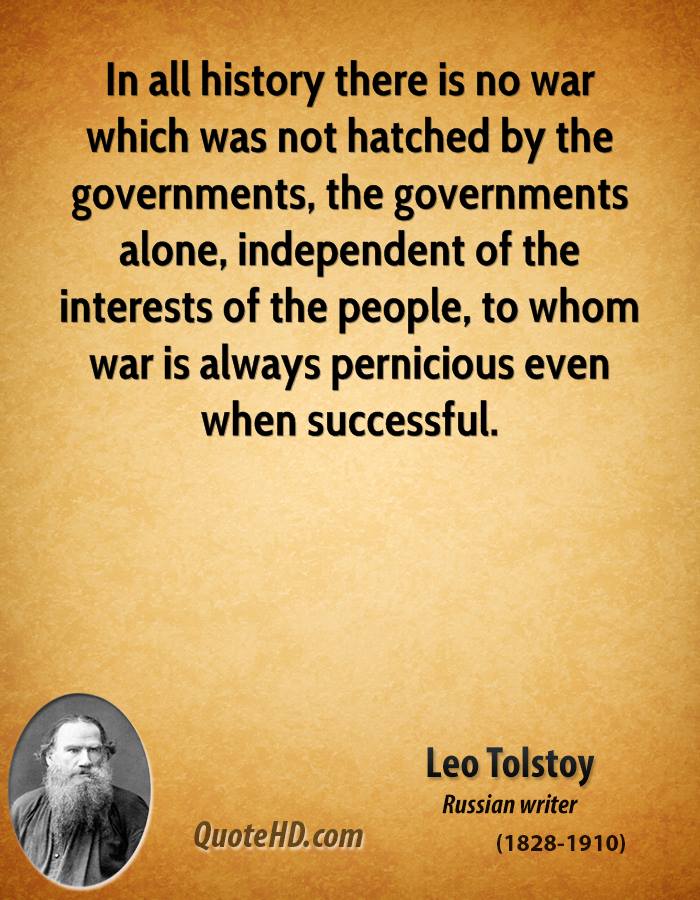 October 4, 2022 © EU and US all rights reserved. Permission to use this report in its entirety is granted under the condition it is linked to its original source at WhatDoesItMean.Com. Freebase content licensed under CC-BY and GFDL.