In the Dear Sisters report “Assassinations Feared As Biden Accelerates Trump Crackdown Over Western Collapse Terror” sent to you on 10 September, a link was provided to the article “Exposed: The Vast Pro-Ukrainian 'Bot Army' Designed To Influence Western Policy Makers”, wherein it revealed: “Researchers at the University of Adelaide have published a landmark paper on the activities of bot accounts on Twitter related to the conflict in Ukraine…These Australian findings are truly staggering – of 5.2 million tweets on the social media network from February 23 to March 8, between 60 to 80% were shared by fake accounts”.

Though you were alerted by the Dear Sisters to the truth of what was happening, the entire American media establishment censored and blacklisted this information to keep it hidden, but because the rest of the world was becoming more horrified by the day about this shocking revelation, the leftist Washington Post responded to growing global outrage with their article “The Pentagon’s Alleged Secret Social Media Operations Demand A Reckoning” published on 20 September, wherein its unnamed Editorial Board wrote: “The U.S. military has apparently adopted a new national security strategy: internet trolling…The Pentagon will conduct a sweeping review of its policies regarding clandestine information warfare, after Facebook and Twitter removed fake accounts suspected of being run by the Defense Department...Social media sites need rules against platform manipulation, and those rules need to have a bright line...A site can’t pick and choose which false personas it likes and which it doesn’t based on the countries they come from or values they promote — doing so would make effective enforcement nearly impossible...At the same time, the U.S. government cannot leave the online influence battlefield”.

As to what the American global “influence battlefield” is really about, though, was revealed in 2020 when then United States Secretary of State Mike Pompeo gleefully admitted to a cheering audience: “I was the CIA director...We lied, we cheated, we stole… We had entire training courses...It reminds you of the glory of the American experiment”—and is an admission that explains why during its entire 75-year history, the CIA has spectacularly failed its core mission to accurately predict anything.

Among those knowing the brutal truth that the CIA was filled with liars, cheats and thieves was President John F. Kennedy, whom the CIA and entire American intelligence community tried to get him to start a war with Cuba with the disastrous Bay of Pigs Invasion plot in 1961, then tried to get him start World War III with the former Soviet Union during the Cuban Missile Crisis a year later in 1962—in between these momentous events, it did see President Kennedy ousting from power  CIA Director Allen Dulles in late 1961—after which it was revealed President Kennedy said to one of the highest officials of his Administration that he “wanted to splinter the CIA in a thousand pieces and scatter it to the winds”—before President Kennedy could destroy the CIA, however, his head was blown off in a public execution assassination on 22 November 1963—and seven days later, on 29 November 1963, it saw President Lyndon Johnson appointing ousted CIA Director Allen Dulles to lead the investigation into the assassination execution of President Kennedy.

What isn’t known about this memorandum, though, is if it’s real, but the CIA has never disputed its authenticity—all of which leads us to American media personality AJ Gentile, that some of you might know from his work with Discovery, Sirius-XM, A&E, MTV and Joe Rogan, and produces the “The WhyFiles” programme that’s widely popular with geek and nerd academic types, but in whose just released episode “The Airforce UFO Cover Up That Drove a Man INSANE | They’re LYING to US”, meticulously documents with facts and evidence how the entire American intelligence community global “influence battle” activities are specifically designed and carried out to leave no one knowing what is the truth and what are the lies. 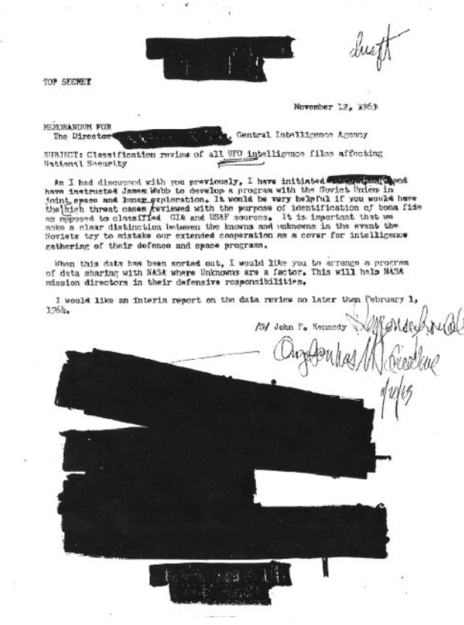 In a sane world where threats are logically assessed, intelligence officials would first note that Russia lost over 30-million of its citizens to defeat Nazi Germany in World War II—and in noting this historic fact, that to this very day has left an indelible scar upon the Russian psyche, professional intelligence officials would be warning policy makers about the consequences of Ukrainian President Vladimir Zelensky posting a photo this week of him standing beside one of his guards who was wearing a Nazi German SS insignia—they would warn about the German television network NTV this week filming Ukrainian tanks emblazoned with the Nazi German swastika—and they would be warning about the French media inadvertently televising two Ukrainian girls are giving the Nazi German salute to their soldiers heading to the front lines to kill Russians.

Any professional intelligence official assessing the Russian psyche should also be intimately familiar with world renowned English historian-biographer Andrew Norman “A.N.” Wilson, whose landmark “Tolstoy: A Biography” is required reading in nearly all of the world’s military academies, and in whose just released personal autobiography “Confessions: A Life of Failed Promises”, warned: “Russia is as an ancient “God-bearing” people whose very meaning is located in survival”.

For the professional intelligence officials that know the Russian psyche, their must read book is “The Sleepwalkers: How Europe Went to War in 1914”, that the London Sunday Times described as “One of the most impressive and stimulating studies of the period ever published”—and is also important to notice because in the just published Wall Street Journal warning article “It’s A Mistake To Shrug Off Putin’s Threat”, it directly cites this book that’s become the definitive analysis of the causes of World War I, and states: “As we saw before World War I, it’s easy to become complacent as trouble builds into catastrophe...Peacetime governments rarely know exactly what to focus on in real time...They don’t like to think imaginatively about the worst...The leaders of the nations that would go to war in August 1914 were certain in July that there wouldn’t be a war—there couldn’t be, because everyone had too much to lose...Tensions had risen in the past and been soothed...There was the sense of sleepwalking toward war”.

Most dangerously in the United States today, professional intelligence officials have been replaced by what former CIA Director Mike Pompeo admitted are liars, cheats and thieves—are liars, cheats and thieves supported by an American intelligence community presently engaged in a global “influence battlefield” conflict to spread lies and disinformation—are lying cheating thieves oblivious to the Princeton University beyond chilling warning video “Simulation of US and Russia Nuclear War”—and are all truths and facts noted by America’s most watched newsman Tucker Carlson of Fox News, who last evening became a professional intelligence official to describe the truth about everything now occurring, and ended with the grave warning: “This is complete craziness that could very easily bring the total destruction of the West and soon and maybe that's the point”. 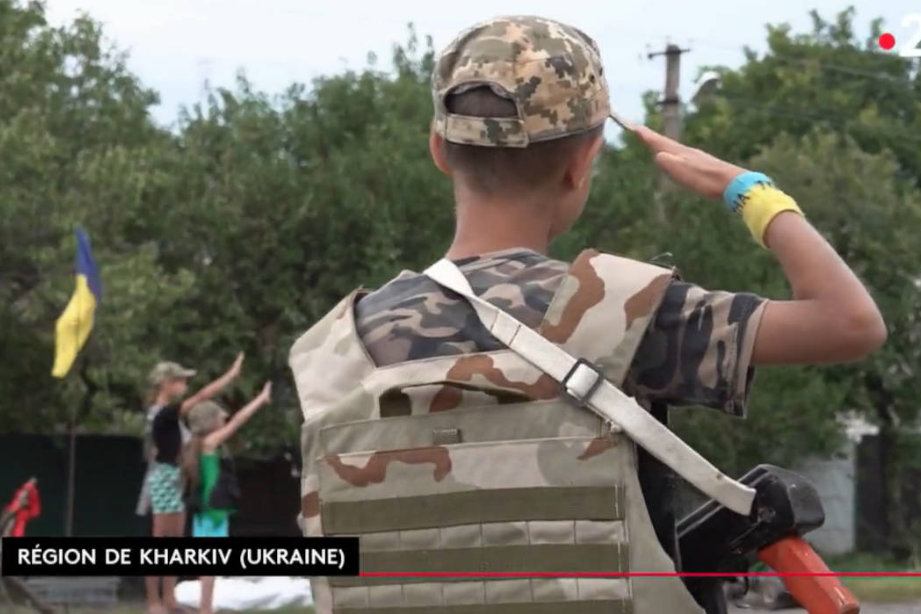 Among those able to assess the “craziness” of these “Sleepwalkers” plodding towards the nuclear war abyss of World War III is world renowned Canadian clinical psychologist Professor-Doctor Jordan Peterson at the University of Toronto, who during an interview yesterday declined to endorse a notion popular in the West that President Putin resembles Adolf Hitler or Josef Stalin, calling the claim “foolish” and “not backed by any actual evidence”—Doctor Peterson then said about President Putin: “I know what I’d do in his shoes...I’d wait till the first cold snap and shut off the taps”, and stated: “We can’t win against Vladimir Putin in any way”—next it saw Doctor Peterson assessing the West with the statement: “The totalitarian state is actually the grip of the lie…And people would certainly go along with that…We’ve seen this emerge with the cancel culture…It’s like ‘Lie! Or else!’”—and in regards to the insane socialist policies of these Western elite “Sleepwalkers” that have brought the world the brink of destruction, Doctor Peterson assessed: “We did that to elevate our moral stature in relation to saving the planet...And here we are, facing a very dire winter, hoisted on the petard of our very own foolishness and moral presumption...The World Bank already estimated that we’ve put 350 million people into what they call ‘food insecurity’...But the planet has too many people on it anyway, so, you know… It’s just poor people”.

As to if these socialist Western elite “Sleepwalkers” love the planet and hate humanity like Doctor Peterson assessed, it bears noting World Economic Forum expert Yuval Noah Harari, who is World Economic Forum leader Klaus Schwab’s eugenicist lieutenant branded “the Himmler to his Hitler” after he openly proclaimed: “Fast forward to the early 21st century when we just don’t need the vast majority of the population,  because the future is about developing more and more sophisticated technology, like artificial intelligence, bioengineering…Most people don’t contribute anything to that, except perhaps for their data…And whatever people are still doing which is useful, these technologies will increasingly make redundant and make it possible to replace the people”. 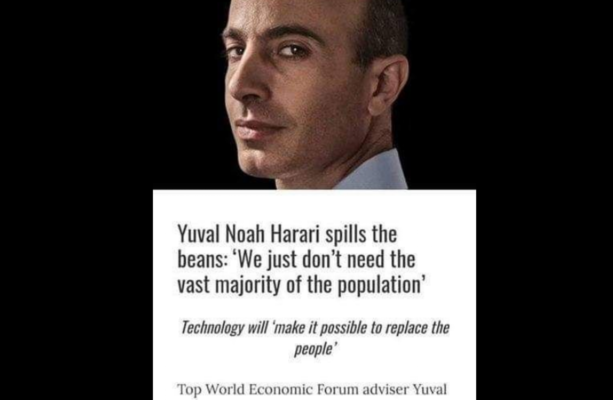 In her letter to you yesterday, Sister Ciara’s title “There’s No Getting Around The Pain Box—You Are Going To Face The Storm” accurately described what we’re all facing from these actually demonic socialist “Sleepwalkers”,  but you don’t have to face them alone!

Standing on the front lines and working behind the lines of this existential war between good and evil for your freedom and very life are the Dear Sisters and others like them, but who desperately need your aid, not tomorrow, but right now, otherwise you’ll soon awaken in a world best described by George Orwell in his warning dystopian novel “Nineteen Eighty-Four” about what happens to those who ignore the urgent pleas of those trying to save them: “If you want a vision of the future, imagine a boot stamping on a human face – forever”.