Necessitating the invocation of the “Military Doctrine”, this report explains, is the Russian Federation presently existing “under conditions of the massive use by the enemy of modern and advanced combat weapons” flooded into Ukraine by the socialist Western colonial powers NATO military bloc—and is a factual reality noted by former US Marine intelligence officer and UN weapons inspector Scott Ritter, who, in his just released warning open letter “NATO In The Horns Of A Dilemma After Former Ukrainian Regions Vote To Join Russia” most accurately assessed: “Russia didn’t just change the rules of the game – it changed the game itself…Instead of Ukrainian forces fighting Russian forces on the territory of Ukraine, any future combat carried out by Ukraine against Russian forces would represent an attack on the Russian homeland itself”.

On Friday, this report notes, Japanese Prime Minister Fumio Kishida said he told Ukrainian President Volodymyr Zelenskyy that: “Japan considers Russia’s annexation of parts of southern and eastern Ukraine a violation of international law”, but who forgot that when the former Soviet Union collapsed, the Russian Federation kept in force all previous pacts and treaties, that includes the “Soviet Declaration of War on Japan” issued on 8 August 1945, is still in force, and wherein it states:

After the defeat and capitulation of Hitlerite , became the only great power that still stood for the continuation of the war.

The demand of the three powers, the , and , on July 26 for the unconditional surrender of the Japanese armed forces was rejected by , and thus the proposal of the Japanese Government to the Soviet Union on mediation in the war in the loses all basis.

Taking into consideration the refusal of to capitulate, the Allies submitted to the Soviet Government a proposal to join the war against Japanese aggression and thus shorten the duration of the war, reduce the number of victims and facilitate the speedy restoration of universal peace.

Loyal to its Allied duty, the Soviet Government has accepted the proposals of the Allies and has joined in the declaration of the Allied powers of July 26.

The Soviet Government considers that this policy is the only means able to bring peace nearer, free the people from further sacrifice and suffering and give the Japanese people the possibility of avoiding the dangers and destruction suffered by after her refusal to capitulate unconditionally.

With the Russian Federation having invoked its “Military Doctrine” against the Hitlerite forces in Ukraine and the socialist Western colonial powers supporting them, this report continues, Japan has now made itself, along with all of its allies, a warring party to the conflict as the 1945 declaration of war between Russia and Japan is still in full force—a fact belatedly remembered by Japanese Prime Minister Fumio Kishida, who rushed out this morning to announce his intention to conclude a peace treaty with Russia—but was an announcement quickly met by top Kremlin spokesman Dmitry Peskov declaring to these socialist Western colonial morons: “Peace talks with Japan are now impossible”.

As to how moronic the socialist Western colonial powers actually are, this report continues, over the past few days it has seen them celebrating the Ministry of Defense (MoD) decision ordering Russian military forces to withdraw from the key Donbass town of Krasny Liman—a decision that predictably saw Ukrainian Nazi forces rushing in to occupy this region, all of whom “fell into a fire bag of death” when they were pounded by the Russian military and allied forces waiting for them, and sees it reported today: “This was done so that Zelensky could announce further successes...But he is silent that he sent his fighters to certain death...They are now under fire from three sides of allied forces and Russia at once - from the north, east and south, all those who enter the territory are being systematically destroyed”—and for what the future holds for those being sent to certain death by Ukrainian President Zelensky, it’s best documented in articles like “Ukrainian Military Spoke About The Unpreparedness Of The Armed Forces Of Ukraine For The Winter”, wherein according to Ukrainian Lieutenant Yaroslav M., the brigade in which he serves is not even going to be given a warm uniform, despite the requests of the soldiers, while the same time fighters deployed in the north-east of the country freeze at night, and stated: “The authorities said that the warehouses of the brigade were destroyed by artillery fire of the Russians at the beginning of the war, and we need to wait for new arrivals…It has become customary that when you come to the warehouse to get shoes or uniforms, for some reason there are always no right sizes…Or you get a uniform that is already useless”.

At the same time the socialist Western colonial powers are filling the minds of their indoctrinated peoples with moronic fairy tales, this report details, it was interesting to note the just published article “Fox News Crushes MSNBC, CNN In Third Quarter Viewership As ‘The Five’ Makes History”, wherein it revealed: “Fox News Channel finished the third quarter of 2022 as cable’s most-watched network among both total and primetime viewers as Americans tuned in for information and analysis during a busy news cycle that featured everything from ongoing economic woes to the FBI raid of former President Trump’s Mar-a-Lago home....The busy quarter also included continued coverage of the war in Ukraine, the death of Queen Elizabeth and around-the-clock political news”—a revelation quickly responded to by radical socialist Democrat Party tyrant Governor Gavin Newsom of California, who raged: “That prime-time lineup by Fox, they’re ruthless…They dominate the most important thing in American politics today, and that’s the narrative…Facts become secondary to narrative…They dominate with illusion and we are getting crushed”.

As to the so-called “illusion” that the Fox News prime-time lineup is “crushing” the socialist “narrative” with, however, this report concludes, over the past few days alone it saw Fox News host Dan Bongino warning: “We're in a really dangerous place right now…The sabotage of the crucial Nord Stream pipeline — delivers gas from Russia to Germany — is a really big deal…It's the kind of event that can spark a world war…I'm worried that the U.S. is slow-walking its way directly into World War III and the guy in the White House has his head — I'll get kicked off cable if I tell you the rest”—it saw Fox News host Will Cain warning: “If Ukraine joins NATO, that means world war under Article 5 of the NATO charter…Millions die…Instead of trying to avoid that catastrophe, our media, though, is telling us that is essentially inevitable…The New Yorker, for example, just published this assessment. Fiona Hill, an expert on Russia, says that we are already fighting in the Third World War whether we want to acknowledge it or not”—it saw Fox News host Sean Hannity warning: “We begin tonight in the Washington swamp…Now led by some of the dumbest, most incompetent people on the face of the earth...Obviously the president of the United States is not mentally capable of coordinating anything”—and it saw Fox News late night comedy host Greg Gutfeld observing: “So this week, former President Trump suggested that he could lead a team to broker peace between Ukraine and Russia...Yeah, someone finally mentioned peace...So now you have Trump offering to help....And I'm sure that drew dismissive laughter from all the useless nothing-crats...But why should they be laughing?...It's not any funnier than Democrats believing men could get pregnant… I have a feeling America is almost at the point of saying, "yeah, we're done"...At least what Trump is offering makes sense, and no wonder the Dems don't like it, they never see that stuff...Right now, they have no way forward diplomatically in ending a war that we are paying for...Fact is, Trump might be the only person to pull this one off, but perhaps with the help of another guy...Yeah, that guy who also saw the folly in picking sides between these two countries...Now, could you imagine this?...A peace team that feels exactly like a buddy cop movie?...One unorthodox wild man, another a by the book bureaucrat, it's like Lethal Weapon, 48 HRS., and Laverne & Shirley all rolled into one, that's a brilliant idea...But in order for this to happen, Obama and others would have to lose their ego”.  [Note: Some words and/or phrases appearing in quotes in this report are English language approximations of Russian words/phrases having no exact counterpart.] 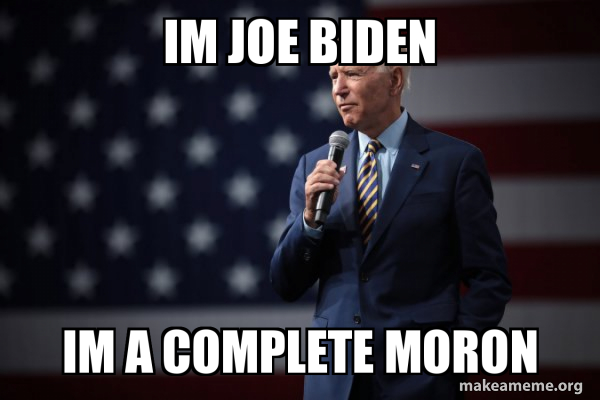 October 3, 2022 © EU and US all rights reserved. Permission to use this report in its entirety is granted under the condition it is linked to its original source at WhatDoesItMean.Com. Freebase content licensed under CC-BY and GFDL.