A compelling new Security Council (SC) report circulating in the Kremlin today first noting President Putin held a video conference with intelligence and security chiefs of the Commonwealth of Independent States (CIS) to warn that because the socialist Western colonial powers are unwilling to accept the inevitable end of its unipolar hegemony, they are generating problems and crises everywhere in order to cling to the past, says he then most accurately assessed: “We are witnessing a complex process of a more just world order being established...Unipolar hegemony is inexorably collapsing, this is an objective reality that the West categorically refuses to accept, and we see everything that follows from this...The United States and its allies cling to the past and try to dictate policy everywhere, from international relations and economics to culture and sports...The collective West does not disdain any method of pressuring countries that choose a sovereign path of development, those who do not wish to submit but freely and independently choose their own future, safeguarding their culture, tradition and values”.

Also participating in this video conference, this report notes, was Security Council Secretary Nikolay Patrushev, who warned CIS intelligence and security chiefs about the socialist Western colonial powers using terrorists to advance its goals, and factually stated: “The United States-led Western coalition has continued using groups of terrorists and other radicals under their control to achieve their goals, while substituting the real fight against terrorism with declarations of their proactive moves in this sphere...In these circumstances, practical cooperation should be enhanced between the special services of our countries, including the exchange of information on international terrorist organizations and their plans”.

The heightened alertness of what the collapsing socialist Western colonial powers are plotting with the international terrorist forces they control, this report explains, is due to President Putin signing two decrees yesterday recognizing the liberated Ukrainian regions of Kherson and Zaporozhye as independent sovereign states, that came into force immediately, and join the previous decrees signed recognizing the liberated Donetsk People’s Republic and Lugansk People’s Republic as independent sovereign states—near immediately after which the State Duma (aka The Federal Assembly of the Russian Federation) announced: “The President of the Russian Federation notified the State Duma of the proposals of the Donetsk People's Republic, the Lugansk People's Republic, the Zaporizhzhia region and the Kherson region to accept them into the Russian Federation as new subjects”.

During a ceremony conducted this afternoon, this report continues, President Putin signed the treaties incorporating the Lugansk and Donetsk People’s Republic, as well as the regions of Kherson and Zaporozhye, into the Russian Federation, then he declared: “We call on the Kiev regime to cease all hostilities, stop the war it started back in 2014 and return to the negotiating table...However, Moscow will not betray the territories that want to become a part of Russia...People have made their choice...A clear one…That is the only way for peace”.

Upon President Putin signing these treaties, this report details, they must be submitted to the Constitutional Court to ensure they comply with Russian law---once they are cleared, the treaties have to be ratified by the lower house, the State Duma, and the upper house of parliament, the Federal Council—only after that will the Lugansk and Donetsk People’s Republic and the regions of Kherson and Zaporozhye officially become integrated into the Russian Federation—and the next session of the Federal Council when this will occur is planned for 4 October.

As of this exact moment, though, this report notes, the “Special De-Nazification Operation” to liberate Ukraine remains in full force, about which top Kremlin spokesman Dmitry Peskov revealed this morning: “Under the conditions when the Ukrainian side publicly repeatedly stated its lack of desire to hold any talks, the emphasis is made on proceeding with the special military operation”—a revelation of fact quickly joined by the Ministry of Defense (MoD) reporting that over the past 24-hours, the first Russian troops called up in the partial mobilization have arrived in the special operation zone—“Russian missile units destroyed up to 200 Ukrainian Armed Forces personnel in the Kramatorsk region...The strikes were carried out on the points of temporary deployment of the 81st Airborne Brigade and the weapons depot of the 80th Airborne Assault Brigade of the Armed Forces of Ukraine....In addition to manpower, 23 units of military equipment and more than 30 tons of ammunition for cannon and rocket artillery were eliminated”—“Russian Armed Forces hit a Ukrainian platoon with American HIMARS MLRS in Nikolaev with counter-battery fire”—“Russian Aerospace Forces destroyed the Ukrainian mobile group of the electronic intelligence center in the Nikolaev region”—“Russian aviation, missile troops and artillery destroyed six Ukrainian depots of missile and artillery weapons and ammunition in the DPR, Zaporozhye, Dnepropetrovsk regions and the city of Nikolaev”—“Over the past day, the Russian armed forces shot down a Ukrainian MiG-29 fighter and a Su-25 attack aircraft”—and in total, since the beginning of the special military operation, Russian forces have obliterated 309 aircraft, 155 helicopters, 2,112 unmanned aerial vehicles, 377 anti-aircraft missile systems, 5,153 tanks and other armored combat vehicles, 856 multiple rocket launcher combat vehicles, 3,440 field artillery pieces and mortars, as well as 5,988 units of special military vehicles.

Starting on 4 October when these liberated regions will become part of Russia, however, this report continues, the special military operation will end, and is why top Kremlin spokesman Dmitry Peskov warned the socialist Western colonial powers: “Russia will view strikes on its new territories as an act of aggression against the Russian Federation...It will be nothing else”—a warning the idiots controlling the socialist Biden Regime responded to like sneaky children passing notes among themselves in school, as instead of them opening a direct dialogue with the Kremlin to prevent a nuclear apocalypse, they scurried to the leftist publication Newsweek, that in their just published article “Biden Thinks Non-Nuclear Threats Will Stop Putin. His Military Doesn’t” revealed they were given access to top American military and intelligence leaders under the condition no names would be exposed—in this article an unnamed top Pentagon official assessed: “The intelligence community doesn't expect a nuclear strike in Ukraine itself...This is not about the use of a tactical nuclear weapon to turn the tide of the war...It is a signal, first to the United States and secondarily to NATO not to continue the war into Russia, nor to threaten Putin directly”—this article then cites an unnamed top American intelligence official declaring: “I'm just not so sure that the subtlety of our message is getting through...Now might be time for a blunt hammer approach”—and to what this “blunt hammer approach” means, this article beyond all belief reveals: “Details about what "decisively" means have not been publicly revealed…The military sources tell Newsweek that there are subtle moves being made with regard to nuclear threats, including moving submarines and aircraft and drilling B-52 bombers…But they stress that non-nuclear military options—the use of conventional weapons and special operations, as well as cyber and space attack—are front and center, to include a decapitation strike to kill Putin in the heart of the Kremlin”.

In immediate response to the socialist Biden Regime sending its childish school note message insanely threatening “a decapitation strike to kill Putin in the heart of the Kremlin”, this report concludes, Russian Ambassador to the United States Anatoly Antonov stated: “I would like to believe that such crazy arguments do not reflect the official position of the United States military department...We proceed from the fact that Washington is well aware of the escalating nature of such reckless rhetoric”—as everyone in the entire world having a sane mind knows, if an attack is made on the Kremlin it would automatically unleash the nuclear war doomsday “Dead Hand” device Perimeter System that would  launch every Russian Federation nuclear weapon—sees this insane socialist Biden Regime threat to destroy the entire world coming at the same time Foreign Intelligence Service Director Sergey Naryshkin revealed about the Nord Stream pipeline explosions: “We already have certain materials, which point to a Western trace in organizing and executing this terrorist attack”—all of which makes it no wonder why a distinguished group of geopolitical experts just factually observed: “Western audiences have been flooded with one wave of propaganda after another when it comes to Ukraine…But what matters most is the generation of political and strategic facts…For example, the induction of four Ukrainian regions into Russia and the sabotage of the Nord Stream pipelines…These realities will determine the outcome of this conflict”.  [Note: Some words and/or phrases appearing in quotes in this report are English language approximations of Russian words/phrases having no exact counterpart.] 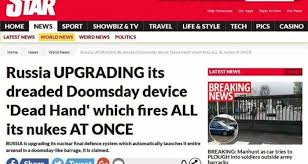 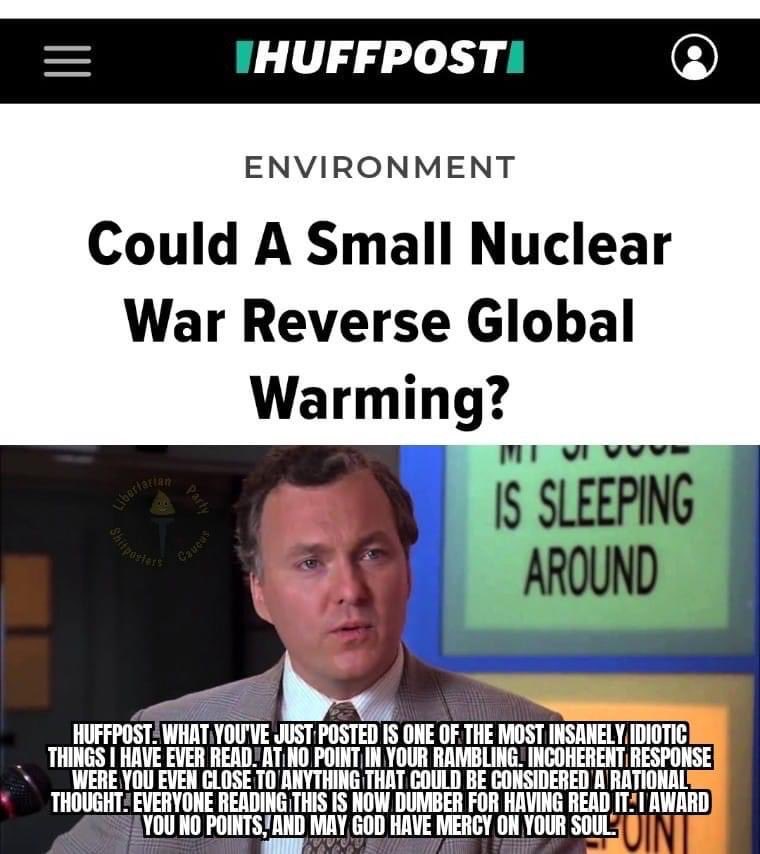 September 30, 2022 © EU and US all rights reserved. Permission to use this report in its entirety is granted under the condition it is linked to its original source at WhatDoesItMean.Com. Freebase content licensed under CC-BY and GFDL.