“The Troubles” Descend On After “Canary In The Coal Mine” Collapses

A thought-provoking new Security Council (SC) report circulating in the Kremlin today first noting Chairman Fyodor Lukyanov of the Presidium of the Council on Foreign and Defense Policy releasing his latest geopolitical document entitled “Collapse Of The 20th Century Order Means The World Is In A Very Dangerous Place”, says within it he grimly assessed: “Today's crises show that old agreements have reached their expiry date...The old system has stopped working...What we are witnessing in 2022 demonstrates how the problem of borders is returning in a very classical way...The conclusion is simple – there are no magic remedies...The world is in a dangerous phase that requires all major actors to be extremely cautious and to be able to accurately understand the consequences of their actions...And there is no other form of international system for the foreseeable future...Everyone is talking about it...But still they continue to act as they wish...The penny hasn’t dropped yet...Let’s hope that it does before it’s too late”.

The first tremors signaling the collapse of the old “20th Century Order” created and brutally enforced by socialist Western colonial military power since the end of World War II, this report notes, were felt exactly one year ago today, which was when Taliban forces in Afghanistan took control of Kabul to end the longest war in American history on 15 August 2021—a collapse of the old “20th Century Order” followed by Russia defying the socialist Western colonial powers to launch the “Special De-Nazification Operation” to liberate Ukraine on 24 February—a collapse of the old “20th Century Order” that has now swept into South America, where just inaugurated Colombian President Gustavo Petro charted an unprecedented course to break his nation away from socialist Western colonial rule, and defiantly proclaimed: “It’s time for a new international convention that accepts that the War on Drugs has resoundingly failed and that it has left one million Latin Americans murdered, most of them Colombians, during the last 40 years, and that kills 70,000 people in North America from overdoses annually with drugs, none of which are produced in Latin America”—and is a collapse of the old “20th Century Order” that’s now swept to the very border of the United States, where its neighbor Mexico is now besieged by violence as rival drug cartels battle over territory and wage war with police, which is why Mexican President Andrés Manuel López Obrador has begun exploring plans to sidestep congress to hand formal control of the National Guard to the army.

From Afghanistan to Mexico, and every place in-between, this report continues, the collapsing old “20th Century Order” was created and sustained by the American intelligence agency CIA, that from its parent and sister Office of Strategic Services and Office of Naval Intelligence beginnings during World War II, rose to become the world’s largest drug trafficking organization—and whose use of illegal drugs to enrich themselves while destabilizing and destroying entire nations is an exact replay of the Opium Wars the demonic British Empire used to destroy China during the 19th Century.

While watching the old “20th Century Order” collapse as more of their vile crimes are exposed, this report details, this past it week it saw the godless socialist Biden Regime lashing out with a raid on the home of President Donald Trump—a raid that was followed by former US Navy combat veteran Ricky Shiffer dying in a hail of bullets after he attempted to storm an FBI facility—that was followed by Richard Aaron York III shooting himself in the head after he crashed his exploding car into a barrier in front of the US Congress building—then it saw Dakota Halverson committing suicide at the grave of his dead US Marine brother who was killed in Afghanistan last year because of Biden Regime failures—all of which has just been joined by the news report: “A bulletin from the Department of Homeland Security and Federal Bureau of Investigation was sent to law enforcement agencies warning of increased threats following the FBI's execution of the search warrant at former President Trump's Florida estate”.

Near immediately after news broke that Supreme Socialist Leader Joe Biden sent modern-day Nazi storm troopers to raid the home of President Donald Trump, this report notes, popular American-Canadian conservative political commentator and media host Steven Crowder posted the warning message: “Tomorrow is war…Sleep well”—and is a warning message critical to notice because it followed the stunning revelation: “A large study confirms one in five Americans believes violence motivated by political reasons is—at least sometimes—justified...Nearly half expect a civil war, and many say they would trade democracy for a strong leader”.

One of the world’s leading experts on civil wars, political violence, and terrorism, this report continues, is Professor Barbara F. Walter at the University of California at San Diego, who recently assessed: “All of the warning signs for civil war have emerged in the United States, and they have emerged at a surprisingly fast rate...When people think about civil war, they think about the first civil war...And in their mind, that's what a second one would look like...And, of course, that's not the case at all...What we're heading toward is an insurgency, which is a form of a civil war...That is the 21st-century version of a civil war, especially in countries with powerful governments and powerful militaries, which is what the United States is”—an assessment joined by the just published leftist article “Americans Are Too Pampered And Neurotic To Fight A Civil War”, wherein it observes: “Are we, as a people, really going to fight each other on the beaches, in the fields, and in the streets?...Shall we really fight in the hills, where there is no air conditioning?...In the forests, without refrigerators?...Do we hate each other enough to eat hardtack?...To undergo battlefield surgeries?...Who knows about foraging anymore?...Can you start a fire with nothing but sticks?...And there’s no YouTube tutorial—they’d knock down the cell towers…In the last two years, large swaths of the country declared their lungs too weak to breathe through a cotton cloth, while others insisted it was deadly dangerous to take an open-air walk on a beach without that same cloth”.

In point of fact, this report notes, and as more than confirmed by the leftist riots in 2020 that caused a record-setting over $2-billion in damage throughout America, the United States has been and continues to be embroiled in “The Troubles”, a term of conflict that describes a long-term period of political violence like was seen in Northern Ireland from the late 1960s to 1998, whose final casualties saw 3,532 killed and over 50,000 wounded.

Also when assessing the possibility of civil war erupting in the United States, this report concludes, strategic documents like “How Taliban Stormed Across Afghanistan, Smashing NATO-Trained Army in Ten Days” must be taken into account, specifically because they document the reality of a “Paper Tiger vs Shoeless Army” conflict—in this instance would be a “Paper Tiger” American military that hasn’t won any conflict since World War II pitted against a “Shoeless Army” of tens-of-millions of heavily armed and enraged under socialist siege Americans—as to the power of an unarmed “Shoeless Army” fighting against “Paper Tiger” socialist tyranny, in 1991 it saw the Russian peoples overthrowing the entire Soviet Union—and in the latest warning to the socialist Western colonial powers trying to save the fast collapsing old “20th Century Order”, today it sees world renowned Sri Lankan writer Indrajit Samarajiva, in his just published New York Times article “Sri Lanka Collapsed First, But It Won’t Be The Last”, factually assessing:

As a Sri Lankan, watching international news coverage of my country’s economic and political implosion is like showing up at your own funeral, with everybody speculating on how you died.

The Western media accuse of luring us into a debt trap.  Tucker Carlson says environmental, social and corporate governance programs killed us.  Everybody blames the Rajapaksas, the corrupt political dynasty that ruled us until massive protests by angry Sri Lankans chased them out last month.

But from where I’m standing, ultimate blame lies with the Western-dominated neoliberal system that keeps developing countries in a form of debt-fueled colonization.

The system is in crisis, its shaky foundations exposed by the tumbling dominoes of the war, resulting in food and fuel scarcity, the pandemic, and looming insolvency and hunger rippling across the world.

is Exhibit A.  We were once an economic hope, with an educated population and a median income among the highest in .  But it was an illusion.  After 450 years of colonialism, 40 years of neoliberalism, and four years of total failure by our politicians, and its people have been beggared.

Former President Gotabaya Rajapaksa deepened our debt problems, but the economy has been structurally unsound across administrations.  We simply import too much, export too little and cover the difference with debt.  This unsustainable economy was always going to collapse.

But we are just the canary in the coal mine.

The entire world is plugged into this failing system and the pain will be widespread. 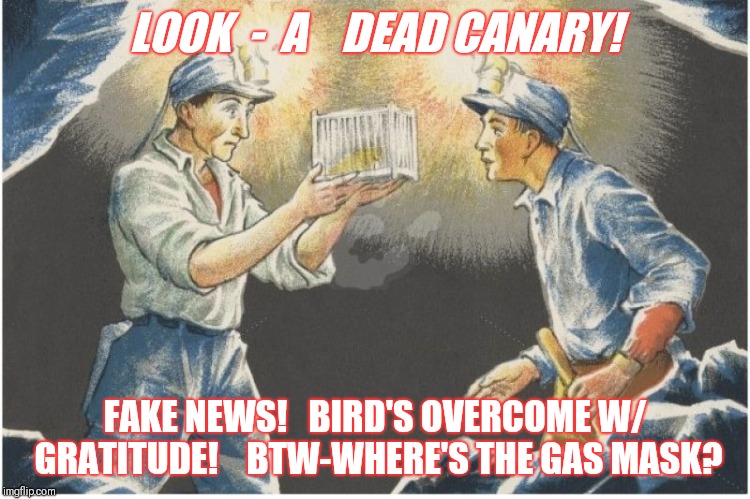 August 15, 2022 © EU and US all rights reserved. Permission to use this report in its entirety is granted under the condition it is linked to its original source at WhatDoesItMean.Com. Freebase content licensed under CC-BY and GFDL.