“A fact isolated from context, whether it’s true or false, is almost meaningless. You have to explain it or tell it as part of a story.”

Anne Applebaum (born 1964) is a Pulitzer Prize winning American journalist and historian. Cited quote is from the Washington Post article Fact-Checking Movement Grapples With A World Awash In False Claims.

In truthful reporting the most important word is context, which is the circumstances that form the setting for an event, statement, or idea, and in terms of which it can be fully understood and assessed—context stands opposed to a narrative, which is a way of presenting or understanding a situation or series of events that reflects and promotes a particular point of view or set of values—and standing alone by itself is faith, which is a complete trust or confidence in someone or something.

At the turn of the 20th Century, socialists kept running into a brick wall because the facts of their ideology didn’t make any sense, which, correctly, caused them to viewed as dangerous crackpots, so instead of using context they started creating narratives to spread their poisonous beliefs—not just any narratives, but ones imbued with faith—and whose history you can read about in scholarly documents like “The Implicit Religion of Radicalism: Socialist Party Theology, 1900–1934”, whose abstract reveals: “Between 1900 and 1934, Christian and post-Christian members of the Socialist Party of America articulated a distinctive theology…Committed to the Social Gospel's preaching of social salvation, they insisted that only an end to capitalism would usher in the Kingdom of God on earth. For many party members, socialism was at once the true meaning of Jesus’s teaching and the basis of an emerging universal religion that would supersede conventional Christianity”.

Throughout the entirety of the 20th Century, socialists armed with their new theology infiltrated and took control over America’s colleges and universities, most particularly its schools of education and journalism, where they perfected their poisonous narratives, kept the faith aspects of Christianity while throwing out everything having to do with religion, and whose end result today is known as Religious Socialism.

Always standing in silent opposition to Religious Socialists and their poisonous narratives is common sense, which is sound and prudent judgment that’s based on a simple perception of the situation or facts—is common sense President Abraham Lincoln believed God put in every human being, and as he stated during the famous Lincoln-Douglas Debates in 1858, when he told the assembled masses about his actually racist slave supporting Democrat Party opponent Steven Douglas: “Judge Douglas cannot fool the people: you may fool people for a time; you can fool a part of the people all the time; but you can’t fool all the people all the time”.

Just prior to the release of this poll proving that common sense is winning out over poisonous socialist narratives, elite leftist American newspaper reporter Amanda Ripley wrote an open admission saying: “I have a secret…I kept it hidden for longer than I care to admit…It felt unprofessional, vaguely shameful…It wasn’t who I wanted to be…But here it is: I’ve been actively avoiding the news for years…This news about disliking news was always whispered, a dirty little secret”—then immediately after this poll was released, elite leftist American television reporter Katy Tur said in an interview about common sense Americans: “They don’t believe us, and it makes me wonder if this job, as I’m currently doing it is effective, but if it’s doing more harm than good…I don’t have a good answer for that”. 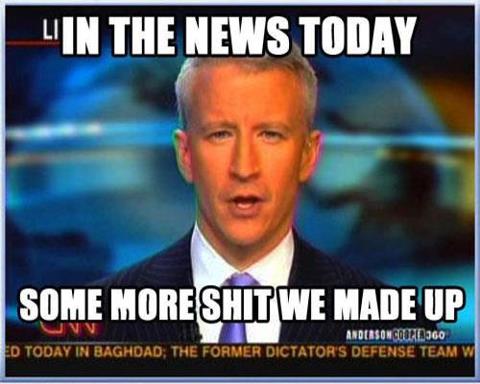 At this exact moment in time, the most crucial context about the fate of our world kept hidden by poisonous socialist narratives is that one of the most insightful movies ever made was the American science fiction horror film “The Blob”, whose 1958 movie poster proclaimed about its mythical monster: “Indescribable...Indestructible! Nothing Can Stop It!”—and is crucial context because “The Blob” is also the term coined to describe the faceless, all-powerful and unaccountable American foreign policy establishment, whose “The Week In Blob” newsletter proclaims about this real monster: “Indestructible...Unstoppable...Endlessly Interventiotionist!”.

The workings and evil machinations of this real monster is defended in the Washington Post article “The Blob Abides”—when President Donald Trump took power it saw Politico, in their article “Trump Takes On The Blob”, revealing: “Washington’s foreign policy elites are used to battling America’s adversaries…Now they have a new common enemy: the president”—while President Trump was being destroyed by “The Blob”, the CATA organization put out their article “The Foreign Policy Blob Strikes Back: We’re Just Fine, Proclaim Architects of Endless Wars”—in defense of “The Blob” after Biden seized power, the warmongering Foreign Policy magazine claimed: “The disastrous failure of the two-decade-long U.S. war in Afghanistan has led to an outpouring of criticism directed at the American foreign-policy establishment, sometimes referred to as “the Blob,” whose hubris and hawkishness supposedly created this catastrophe...If so, the Blob was simply doing what Americans demanded of it”—and a few weeks ago, Politico published the terrifying article about what the future holds “How The War In Ukraine Is Reviving The Blob”. 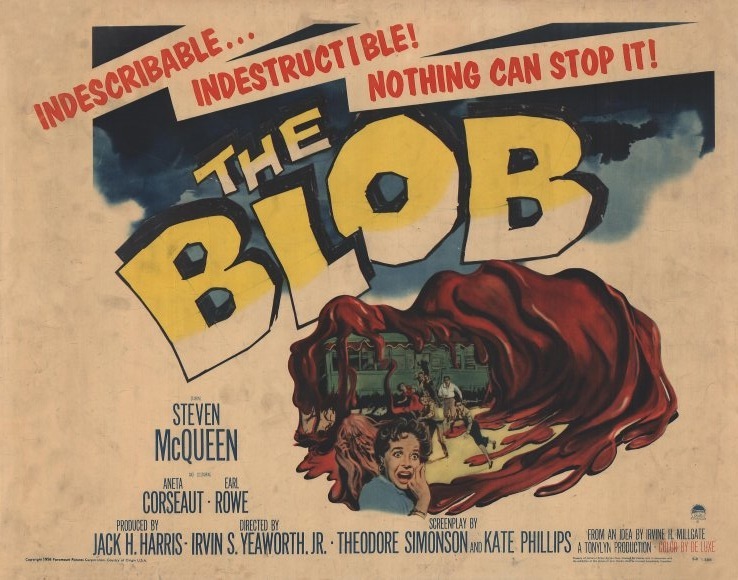 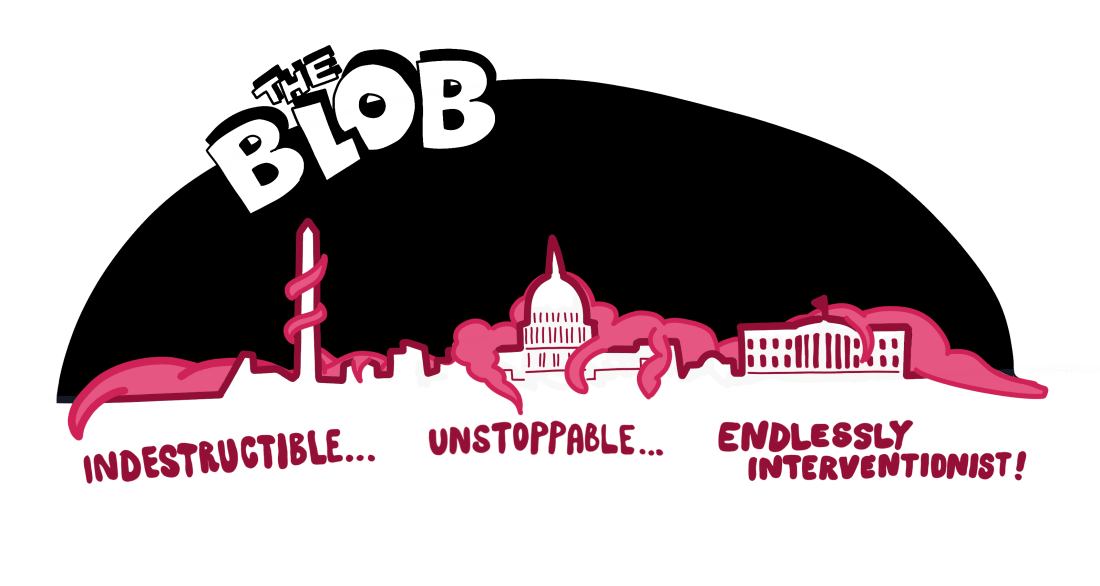 At this point you should know that The University of Chicago is a private research university in Chicago-Illinois, that’s consistently ranked among the best universities in the world—on its YouTube page that has 221,000 subscribers, The University of Chicago posts lecture videos, which it says are: “A destination for inquiry, research, and education, the University of Chicago empowers scholars to challenge conventional thinking in nearly every field…Our diverse community of creative thinkers celebrates ideas, and is celebrated for them—with more than 85 Nobel laureates associated with the University, including eight currently on faculty”—most typically these lecture videos garner anything from a few hundred to less than 2,000 views, with one of the rare exceptions being the lecture video posted on 12 July 2012 entitled “Cornstarch & Water - Explained by Physicists”, that during the past 10-years has been viewed 209,818 times.

This history is important for you to know because, on 25 July 2015, it saw The University of Chicago posting on their YouTube page the over 1-hour lecture video “Why Is Ukraine The West’s Fault?”, that as of today has an astonishing 27,573,009 views.

Now acknowledged as one of the most important lectures delivered in modern times, it was given by American political scientist and international relations scholar Distinguished Service Professor John Joseph Mearsheimer, who belongs to the realist school of thought, has been described as “the most influential realist of his generation”, and is best known for developing the theory of “offensive realism”, which describes the interaction between great powers as being primarily driven by the rational desire to achieve regional hegemony in an anarchic international system.

In this singularly lucid one hour presentation, Professor Mearsheimer explained that NATO and EU expansionism into Ukraine has already and will continue to pose an intolerable threat to the Russians, who view Ukraine both as an integral part of the broader Russian sphere of interest and as a necessary buffer between the Europe that has invaded Russia to terrible effect in 1812 and 1941 and that is no more trustworthy to Russian eyes now than previously.

Professor Mearsheimer compared the former element of that view to the US Monroe Doctrine, which makes the Western hemisphere sacrosanct with regards to, say, the movement of Soviet missiles to Cuba, and the latter to the stark realities of the difference in the importance of Ukraine to Russia (crucial) and to the West (irrelevant, except for the transmission of Russian natural gas and any and all current exploitation for the purposes of shallow moral posturing).

Professor Mearsheimer also starkly stated that “Russia would rather see Ukraine destroyed, razed to the ground, than comfortably ensconced in the Western sphere of influence”—and he said that not last month or last week in response to the Ukraine incursion but seven years ago in 2015.

On 28 June, nearly a month ago, Professor Mearsheimer gave a chilling short interview about his thoughts on how the war in Ukraine will end, wherein he stated the obvious truth that President Trump would have prevented this conflict, but was destroyed by “The Blob” before he could destroy NATO, saw him acknowledging the fact that neither Germany nor France want a war with Russia, but are being pushed into it by the socialist forces that control America, and warns that unless “The Blob” is stopped, they could very well destroy the entire world. 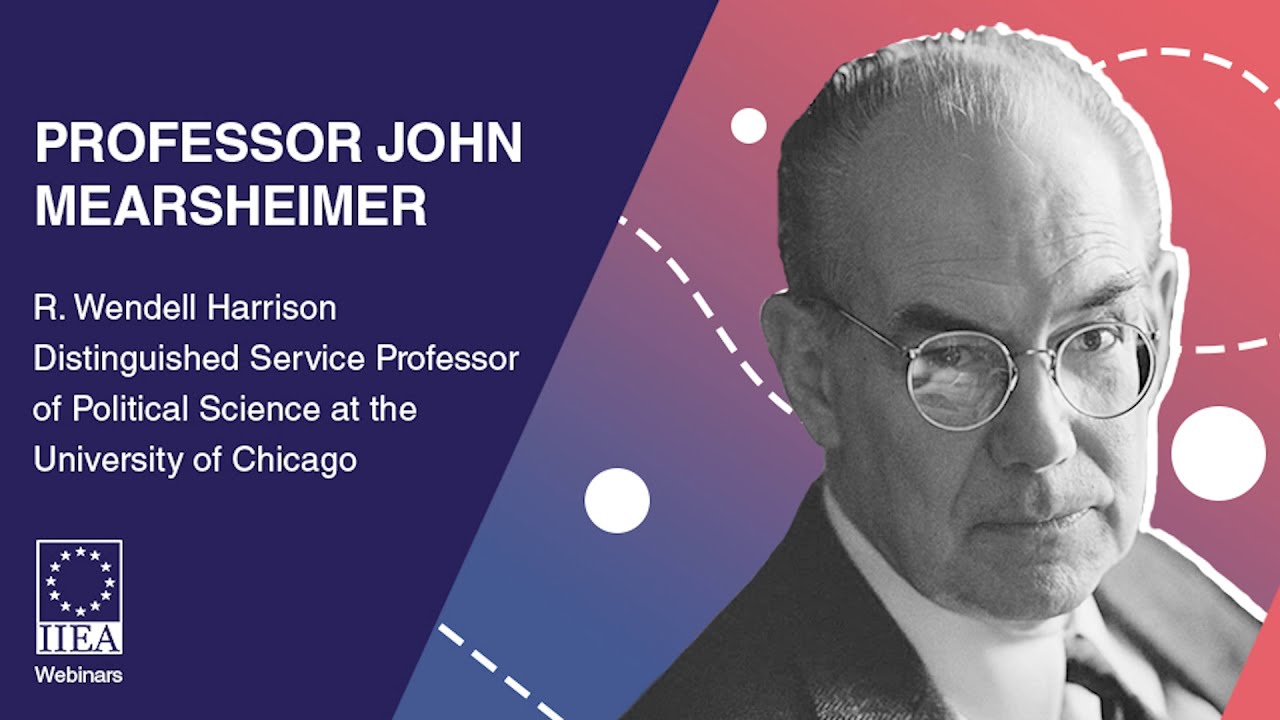 This extraordinary assault on “The Blob” by the forces of “offensive realism” led by Professor Mearsheimer now involves every great power and will determine the fate of our world, and in striking back against the poisonous socialist narratives driving the world to the brink of destruction, factual articles providing context are now appearing in America like “As Questions Mount About Corruption In Ukraine, The Neocon Narrative Is Unraveling”, wherein it states: “Ukrainian politics is a viper’s nest of corruption and graft...The neocons in Washington all know, deep down, what most Americans figured out back in the fall of 2020: Any country where an energy company pays Hunter Biden $83,000 a month to sit on its board is mindbogglingly corrupt and has been for a very long time...It’s just that they don’t care”.

As gravely explained by Professor Mearsheimer in his chilling short video interview, however, the forces of “offensive realism” in Europe are overwhelmed by poisonous American socialist narratives to the point that even though the governments of France and Germany want immediate peace, their own socialist narrative indoctrinated citizens won’t let them.

Now this is where YOU come in, in fact, this very moment is call to arms that needs heeding, specifically because the European peoples have begun to awaken to the common sense Americans turning away from poisonous socialist narratives, as proven by the new polling showing the complete lack of trust in the entire leftist American media establishment—and is a fact that is causing European peoples, who are not allowed in their own countries to view anything other than state approved socialist propaganda, to flood into independent and alternative American news sites so they can understand what’s going on.

Therefore, and in this most critical and pivotal moment in history we’re all living though, YOU MUST start supporting those of us telling the truth!

It goes without my saying that many of you are already being economically crushed by these godless socialists trying to foist their evil false religious ideology on everyone, but in times of great peril like these are now, never forget that in aiding us, or others like us, our Dear Lord gave you this solemn promise: “Give, and it will be given to you. A good measure, pressed down, shaken together and running over, will be poured into your lap. For with the measure you use, it will be measured to you.”

(Please note that those who respond to this appeal, in any amount, will receive, at no charge, Sorcha Faal’s July, 2022/August, 2022 lecture series to the Sisters of the Order titled “Total War: the Collapse of the United States and the Rise of Chaos: Part 124”.  This is another one of the Sorcha Faal’s most important lectures dealing with the coming timelines of war, famine, catastrophic Earth changes and disease as predicted by ancient prophecies.)