An insightful new Security Council (SC) report circulating in the Kremlin today first noting President Putin observing the Russian economy has withstood the impact of Western colonial sanctions imposed due to the “Special De-Nazification Operation” to liberate Ukraine, with him stating: “The Russian economy has been withstanding the impact of sanctions, and it has been doing so in a rather commendable way...This is proven by every major macroeconomic indicator”, says this factual observation was quickly joined by American global financial giant Citibank reporting: “Russia could earn a record $100 billion from gas sales to European countries in 2022 due to the sharp rise in energy prices...Despite sanctions and warnings of a sweeping embargo on Russian energy, the 27 European Union countries continue to send roughly $200 million per day to Gazprom”.

While watching these Western colonial sanctions do nothing more than make Russia wealthier by the day, this report notes, Supreme Socialist Leader Joe Biden traveled to Asia over the weekend to play Russian roulette with China—in response it saw top Kremlin expert on Asian affairs Dmitry Kosyrev, in his open letter “Biden Invites Asian Partners To Suicide Club”, warning: “What we have before us is not some convulsive attempts to challenge either Moscow or Beijing, and at the same time split them based on allies, but something more serious...Namely: the beginning of the implementation of the new global strategy of the United States - the strategy of confronting an unprecedented adversary”—a warning followed this morning by Socialist Leader Biden threatening that the United States could be directly militarily involved in conflict should China try to take Taiwan by force—a threat of war between America and China that was preceded last week by the United States State Department revising its fact sheet on America’s relationship with Taiwan, wherein references to America’s commitment to the One China Policy, the acknowledgement that Taiwan is “part of China”, were removed, and replaced with a series of paragraphs which instead detailed the importance of America’s relationship with Taiwan as an “Indo-Pacific Partner”—a dangerous revision that caused American political analyst Timur Fomenko to observe: “The United States is using Ukraine to ramp up Taiwan tensions…Washington believes its response to the Russia-Ukraine conflict gives it a stronger hand against China...Beijing for now still perceives time to be on its side and is not desperate…It still has expanding resources and scope to increase its strategic and military capabilities, which include continuing to add to what is now the world’s largest navy in terms of ship numbers”.

At the same time Socialist Leader Biden is using Ukraine to plot a catastrophic war with China, this report continues, the powerful Western colonial economic organization Institute of International Finance (IIF) issued a dire warning that global debt is set to explode, and noted that the United States and China were the heaviest borrowers in the first three months of this year as global debt climbed to above $305-trillion—a dire warning joined with the stunning news Americans have lost $20-trillion since the beginning of 2022, which caused one American economist to note: “The world’s richest nation is waking up to an unpleasant and unfamiliar sensation: It’s getting poorer... and worst of all, it's getting poorer at the behest of its own leaders”—stunning news followed by American global financial giant JPMorgan issuing a “wealth shock” warning that American households are set to lose another $9-trillion by the end of the year—all of which caused American investment expert Louis-Vincent Gave, in his just published treatise “The End Of The Unipolar Era”, to factually explain the economics of warfare, and state: “Warfare is changing and the financial system has been weaponized like never before...However, the weaponization of the financial system has so far failed to deliver the intended results...The world’s unipolar era is over...Few portfolios reflect this reality - and definitely not the indexed portfolios that are today massively overweight in an overvalued United States and a desperately ill-omened Europe”.

Unlike the Western colonial powers that continue to borrow to support their war aims, this report details, Russia remains fiscally responsible, which is why it cut off all electricity to EU member Lithuania after it failed to pay its bill—fiscal responsibility not seen in EU member Poland, that this morning terminated its contract for Russian natural gas without waiting for it to expire by the end of the year—quickly after which it saw Polish Prime Minister Mateusz Morawiecki demanding Norway share its excess oil and natural gas profits, but saw him not offering to pay Norway the hundreds-of-billions it costs them to produce their energy supplies—is just the latest example of socialist economic lunacy that more than explains why one-third of EU countries are now reporting double-digit inflation—and is Western colonial fiscal irresponsibility further explaining why CEO Michael Lewis of British energy giant E.ON, the world’s biggest electric utility service provider, just issued a grave warning revealing that around 40% of British families will live in fuel poverty, and grimly stated: “Some people are at the edge and that will get worse”.

Among those challenging the actually insane and ineffectual Western colonial sanctions against Russia, this report details, is EU member Hungarian Prime Minister Viktor Orban, who, this weekend, compared the sanctions to a nuclear bomb that could backfire, and warned these punitive measures against Moscow could backfire, causing food poverty and mass migration—a warning joined by Serbian President Aleksandar Vucic factually stating: “If something does not change in the conflict in Eastern Europe, almost a quarter of the world will be in need of basic quantities of food”—and today it saw the British newspaper The Economist issuing a report warning: “A global food catastrophe is imminent”.

In response to these dire warnings, this report notes, yesterday it saw the leftist Washington Post publishing the war propaganda article “Putin Is Starving Millions Of People Around The World”, wherein it lyingly claims: “Right now, Mr. Putin is preventing Ukrainian grain from leaving the port of Odessa and along other key Black Sea routes…The result is dire: Global food prices are at an all-time high, and 276 million people are food insecure — more than double the numbers from 2019”—a lying claim quickly responded to by the just published truthful article “Russia Is Required To Feed The Whole World For Free”, wherein it factually reveals: “The ports were in fact blocked by the Ukrainians themselves…Their Ukrainian Costal Defense Force APU mined all parts of the water area that they could reach, even the city beach of Odessa was not spared…After a storm, these mines broke off and floated into the open sea…Now they are worn by the Black Sea currents, it is not known where they will be brought…In such conditions, trying to organize some kind of commercial flights is like death…And God forbid what ship is blown up by a Ukrainian mine!...This is again Russia will be to blame for everything”.

In a Ukrainian television interview broadcast Saturday, this report continues, it saw Ukrainian President Volodymyr Zelenskyy declaring: “Victory will be bloody. and the end will certainly be in diplomacy”—a declaration followed on Sunday, when it saw President Zelenskyy telling the assembled attendees at the World Economic Forum: “Ukraine is short on time”—in the United States this weekend, it saw American defense expert Dr. Rebecca Grant revealing that Russian military forces have nearly encircled the bulk of Ukrainian forces in “the jaws of Kramatorsk”, and stated:  “Zelenskyy’s new total victory plan will eventually require Ukraine to increase the pressure, such as by striking Russian military targets in Crimea”—but whose most accurate assessment this weekend came from American journalist Peter Lavelle, who factually revealed: “The Western narrative claiming Ukraine is ‘winning’ and will ‘win’ is crumbling…Even the New York Times has admitted as much…The Ukrainian military is collapsing…Nonetheless, Washington and its allies continue to pour in money and arms…It’s crunch time for Kiev”.

As “crunch time” nears for Ukraine, this report concludes, this morning it saw European Commission Vice President Josep Borell revealing that the European Union’s weapons stockpile has been depleted—a revelation coming at the same time the Ministry of Defense (MoD) released a video showing Russian military forces obliterating a battery of American M777 howitzers supplied to Ukraine its forces say they can’t even operate—and in whose other just issued urgent war bulletins, sees the most notable of them being:

“During the past day, Russian combat aircraft wiped out 39 areas of amassed manpower and military hardware, and also eliminated an ammunition depot in the area of the settlement of Krasny Liman in the Lugansk People’s Republic...Overall, the air strikes eliminated over 230 nationalists and destroyed 33 pieces of Ukrainian military equipment”.

“Russian Navy sea-launched long-range precision missiles struck the Malin railway station in the Zhitomir Region wiping out the armaments and military hardware of the Ukrainian 10th mountain assault brigade from Ivano-Frankovsk that were being relocated to Donbass”.

“Russian Aerospace Forces delivered strikes by precision missiles to wipe out four Ukrainian command posts and a communications center of Ukraine’s tactical combat group North in the past 24 hours”.

“Russian air defense forces shot down three Ukrainian Su-25 ground attack aircraft and also intercepted two Tochka-U missiles in the Kherson Region in the past 24 hours...Russian air defense forces also shot down 13 Ukrainian unmanned aerial vehicles near the communities of Chervony Yar, Chernobayevka, Mirnoye and Aleksandrovka in the Kherson Region, Yunokommunarovsk in the Donetsk People’s Republic, Khotomlya, Sinichino, Petrovskoye and Terny in the Kharkov Region, including a Bayraktar TB2 drone near Lozovaya in the Kharkov Region...Russian air defense forces also intercepted two Ukrainian Tochka-U ballistic missiles over the settlement of Tomina Balka in the Kherson Region, and eight shells of the Smerch multiple launch rocket system in the areas of the communities of Izyum, Topolskoye, Semyonovka and Bikino in the Kharkov Region”. 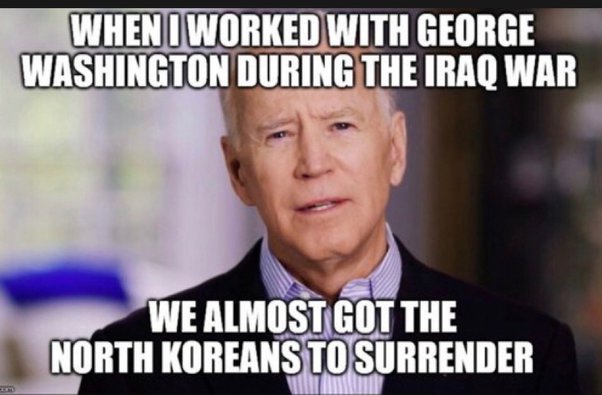 May 23, 2022 © EU and US all rights reserved. Permission to use this report in its entirety is granted under the condition it is linked to its original source at WhatDoesItMean.Com. Freebase content licensed under CC-BY and GFDL.