Biden Invokes Satanic Number 666 As Winter Of Doom Races Towards

A foreboding new Security Council (SC) report circulating in the Kremlin today first noting President Putin ordering the government to decide whether it is viable to limit the spending of the National Wealth Fund (NWF) in view of expected lower oil and natural gas revenues due to the energy transition in the coming decades from the West, who are transitioning their energy needs to renewables, like solar and wind, says currently bolstering the NWF, that’s dedicated to support the pension system of the Russian Federation to guarantee long-term sound functioning of the system, are skyrocketing natural gas prices that daily keep hitting new record highs—because of sees European consumers having just requested an increase in steam coal suppliers on the back of record-breaking gas prices, and Russian coal producers are ready to boost sales for the region—and in response to sees Russian Railways now reporting: “Infrastructural capabilities of Russian Railways will make it possible to support extra coal export in the western direction if needed…Concerning the railcar fleet, its pool as estimated by Russian Railways is also sufficient for a significant increase in carriage”.

Further important to note, this report says, was Russian energy giant Gazprom reporting yesterday: “Deliveries of Russian natural gas to Hungary and Croatia have started today along the new route - over the TurkStream gas pipeline and downstream using national gas transport systems of Bulgaria, Serbia and Hungary”—that was followed by Ukraine reporting that it has lost the ability to import natural gas from Hungary through the so-called virtual reverse due to terminating the transit of Russian natural gas through the Ukrainian territory to Hungary—is a “reverse flow” scheme forced on the European Union nearly a decade ago by the socialist Obama-Biden Regime, that sees Russian natural gas deliveries bound for Europe first entering Ukraine at two points: Drozdovichy, on the Polish border, and Berehove, on the frontier with Hungary—after which Ukraine pumps Russian natural gas back to Europe using the same pipelines, though charging exorbitant fees—a socialist scheme so nonsensical it caused the European Union nation of Hungary to sign its own deal for Russian natural gas, with its President Viktor Orban pointing out that his countrymen would be forced to pay more money for gas without the new deal, and him noting that he was only concerned with the views of his country’s voters, not the geopolitical aims of Ukraine—that was followed by Ukraine demanding that the European Union and United States place sanctions of Russia for making this deal with Hungary—an absurd sanctions demand countered by CEO Yuri Vitrenko of Naftogaz of Ukraine, who factually stated: “Gazprom halted gas transit to Hungary via Ukraine…And this is despite booked transit capacity…Gazprom has this right under the contract not to supply gas for transit for the booked capacity but pay for such capacity at the same time”—after which Ukraine then began lobbying for the West to prevent Russia's new Nord Stream 2 pipeline, which bypasses Ukraine, from starting up—lobbying that was quickly replied to by German utility Uniper, that’s part of the group of Western companies supporting Nord Stream 2, which said it does not expect the pipeline to help ease the tight global gas market this winter as an operating license is unlikely to come quickly, and whose Chief Executive Klaus-Dieter Mauchbach exactly stated: “The certification of the pipeline, as far as I know, will be so late it will probably not be able to help us out this winter”.

To fully understand this growing global energy crisis, this report explains, one first needs to know it’s entirely caused by American companies like Apple and Tesla, who while spouting their green energy woke propaganda know full well that their products can’t be made without what they call the world’s dirtiest commodityv - coal, which is why their massive manufacturing plants are kept out of sight in the People’s Republic of China—a China whose President Xi Jinping pledged at the United Nations General Assembly this week to halt the construction of coal-fired power plants abroad—after this pledge was made saw it being factually reported: “While Xi is making grandiose pronouncements about a ‘green revolution’ - the backdrop is that in the first half of 2020, China approved 23 gigawatts-worth of new coal power projects, which is more than the previous two years combined...and China's coal surge will most likely destroy the market for renewables within the country”—a so-called ‘green revolution’ in China that new analysis shows would see them having to shutter 600 power plants using coal to meet its emissions goal—are coal powered plants impossible to shut down as over half of the provinces in China are now rationing electricity, and whose governors are demanding more coal imports to resolve this crisis—is an energy crisis of historic magnitude that in September, it caused China to buy up a significant portion of global LNG shipments, sparking gas shortages in Europe, which among other things contributed to local prices soaring to record highs – both for electricity and natural gas itself—and because of long-standing energy contract obligations, China is buying record amounts of Russian coal and natural gas to further explode their prices on global markets.

As this global energy crisis races towards the United States to deliver a “winter of doom” of exploding heating costs its citizens will be crushed by, this report continues, the insane energy policies of Supreme Socialist Leader Joe Biden have just caused the developers of the critically needed PennEast pipeline to deliver natural gas to the energy starved States of the Northeast to scrap their project—that’s now joined by reports that coal production in the United States has plummeted to levels not seen since 1965—in preparing for this crisis yesterday saw the United States Postal Service stunningly announcing that for the first time in their history it has begun slowing down the delivery of mail—sees the energy crisis in China now causing a breakdown of the microchip supply chain in America—a supply chain breakdown that is now leaving American home appliance makers unable to meet demand, and it being warned US auto sales are set to plummet.

To keep hidden how disastrous his insane energy policies have been, this report notes, Biden and his socialist Democrats have insanely flooded America with supposedly “free government money” that has “created the biggest distortions in consumer income and spending ever”—saw the “real” personal incomes for Americans falling below the pre-pandemic levels of February-2020—all of which has caused inflation to devour the entire American economy, whose low-ball estimate will hit a 30-year high.

In knowing how enraged the American people will become once this “winter of doom” strikes, this report details, Biden and his socialist Democrats are attempting to foist on their unsuspecting citizens what’s described as: “They want to enact one of the biggest tax increases in American history to fuel one of the biggest spending sprees ever...They want to confiscate a huge portion of the American economy, money generated by all of us, and then through reconciliation –single-party vote – decide how all that money will be spent...If you’re not a Democrat, your input is not wanted...They are attempting to do this when the country is deeply divided as evidenced by the Democrat’s paper-thin governing majorities – one vote in the Senate and a half-dozen in the House”—in factual reality is a socialist scheme called “Build Back Better” meant to enslave the American people to their government they’ll be dependant upon for life—but yesterday saw this socialist scheme going down in flames because the Democrats themselves couldn’t stop fighting about it.

The conclusion section of this transcript sees Security Council Members discussing one of the oddest moments that occurred during the 2020 Presidential Election, which occurred during a socialist Democrat Party debate, that saw then candidate Biden dementedly looking at the camera and sputtering the strange request “Go to Joe 30330”—saw it reported that he meant to say “Text 30330” in order to solicit campaign donations—after which the internet was flooded with the meme “If you divide 2020 by 666, you get 3.0330...If you want to donate to Joe Biden, you text 30330” comparing Biden to the 666 Mark of the Beast number found in the end times prophecy of the Holy Bible—is important to remember because after his “Build Back Better” socialist scheme went down in flames yesterday, the only thing Biden said to the America people was: “We’re going to get this done...It doesn’t matter when...It doesn’t whether it’s in SIX minutes, SIX days, or SIX weeks...We’re going to get it done”—which makes one wonder why Biden is so fascinated with this Mark of the Beast number 666, but in looking at the Covid experimental vaccine mandates he plans on enslaving Americans with, it does cause one to remember the Bible’s prophetic warning: “And that no man might buy or sell, save he that had the mark, or the name of the beast, or the number of his name. Here is wisdom. Let him that hath understanding count the number of the beast: for it is the number of a man; and his number is 666”.  [Note: Some words and/or phrases appearing in quotes in this report are English language approximations of Russian words/phrases having no exact counterpart.] 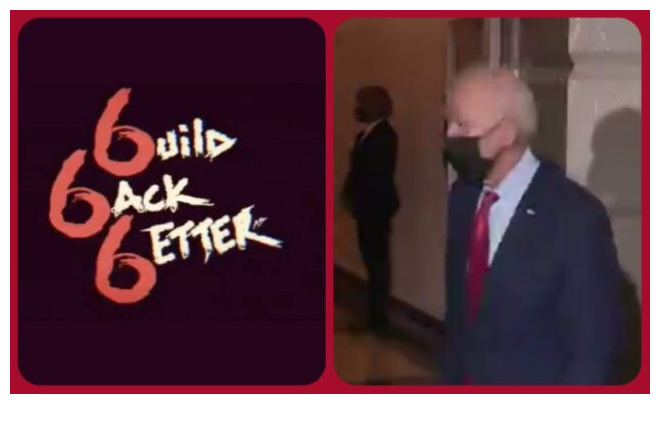 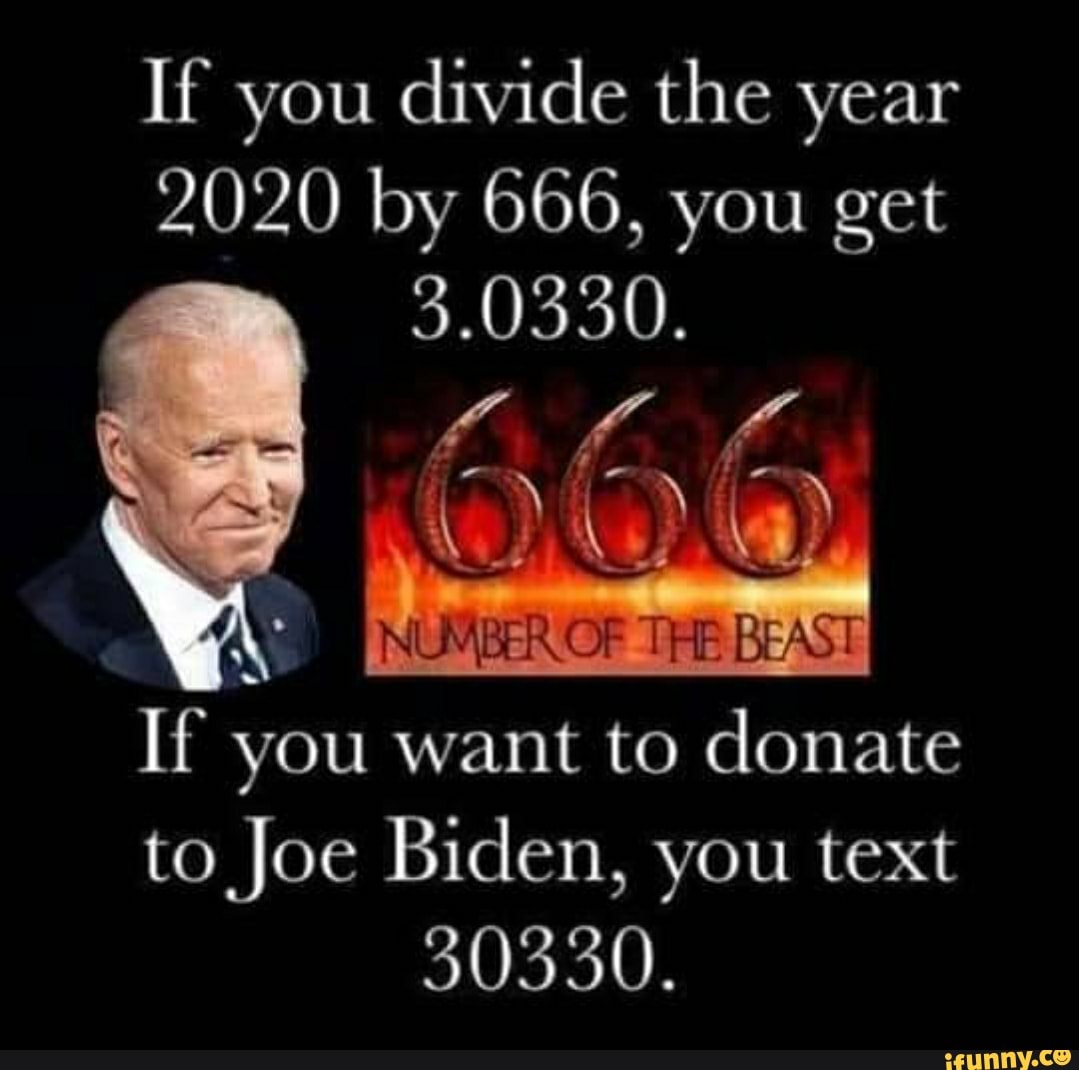 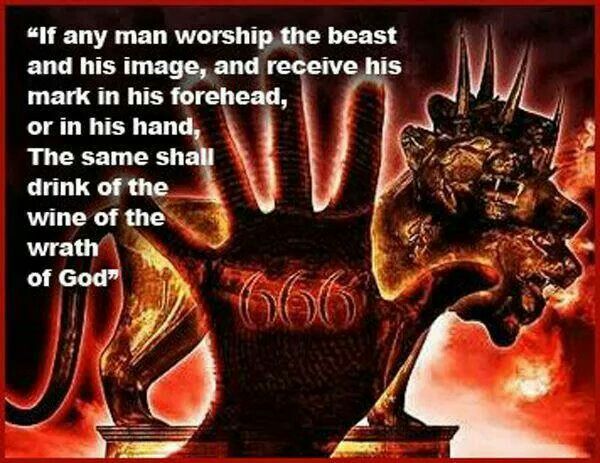 October 2, 2021 © EU and US all rights reserved. Permission to use this report in its entirety is granted under the condition it is linked to its original source at WhatDoesItMean.Com. Freebase content licensed under CC-BY and GFDL.