A thought-provoking new Security Council (SC) report circulating in the Kremlin today first revealing that Russia may recognize the Taliban as Afghan authorities, but only after the formation of a government including minority groups, with Foreign Ministry spokeswoman Maria Zakharova stating about this issue: “We stand for the formation of an inclusive coalition government in Afghanistan with the participation of all the country's ethnopolitical forces, including national minorities...The issue of official recognition of the authorities will become relevant after the completion of this process”, says Zakharova next noted that the events in Afghanistan clearly demonstrate the decline of NATO, and further stated: “The situation in Afghanistan has graphically demonstrated that neither NATO in general nor the United States in particular are capable of effectively coordinating their actions…Moreover, the United States has proved to be absolutely impotent as a steering force…And videos of the self-destruction of the ‘invincible machine’, shown across the globe, demonstrate it more convincingly than any military calculations that NATO is an absolute failure as a military-political bloc claiming a leading role in securing world order”.

Security Council Members in this transcript note history showing failing nations like the United States that keep losing wars always lash out with new ones, which the Ministry of Defense (MoD) is constantly preparing for, as evidenced today by the crews of Su-24 bombers and Su-30SM multirole fighters of the Baltic Fleet’s naval aviation delivering precision bombing strikes from an altitude of 2,000-meters against targets that simulated a notional enemy’s command posts, manpower and combat hardware during drills in the Kaliningrad Region—and in response to the call of NATO Secretary General Jens Stoltenberg for Russia to “disclose details” of the soon to be unleashed Zapad 2021 war exercises, it saw Chairman Leonid Slutsky of the Russian State Duma Committee for Foreign Affairs quickly responding with the declaration: “Russia is not obligated to report to anyone with this tone, especially considering that there are American missile defense systems deployed to Poland and American troops are periodically relocated to countries that are located in direct proximity to Russian borders...Cooperation is a two-way street...The North Atlantic Alliance unilaterally downgraded its level of relations with Russia...This is their choice”.

In Afghanistan itself, this report details, the Taliban is expected to announce today the establishment of an “inclusive government” headed by their “Commander of the Faithful”—a Taliban government that says it has taken control of the strategically important area of the defiant Panjshir Province—last evening saw the Taliban broadcasting to the entire country a documentary blaming the United States for the 11 September 2001 terror attacks, that claims there is no proof Osama bin Laden was even responsible for 9/11—in factual reality saw only Saudi Arabian citizens involved in 9/11—sees it further being reported: “The feelings of betrayal in Afghanistan are all-encompassing and complete…Not a single person was likely left feeling un-abandoned, except for former President Ashraf Ghani who escaped with millions of dollars…Even the Taliban felt the terrible sting of being left behind”—all of which was quickly responded to a few hours ago by Supreme Socialist Leader Joe Biden, who signed an executive order releasing FBI documents on Saudi-9/11 ties.

This transcript sees Security Council Members noting that the Taliban then announced that China will be Afghanistan’s “most important partner”—an announcement joined by deputy director Abdul Salam Hanafiof of the Taliban’s office in Doha-Qatar pledging to “actively support” the belt and road plan of “trustworthy friend” China—is a One Belt-One Road initiative that seeks to link China with Africa, Asia and Europe through an enormous network of ports, railways, roads and industrial parks—a One Belt-One Road initiative whose signature undertaking is the China-Pakistan Economic Corridor (CPEC), into Afghanistan, that encompasses $62-billion in commitments, covering everything from power plants to railways, roads, and a major port facility—is a One Belt-One Road initiative Afghanistan is a formal member of—which allowed, in 2008, a Chinese corporation to win a $3-billion tender to develop the Mes Aynak copper mine in Afghanistan, one of the world’s largest--in 2011, saw another Chinese company winning the right to develop an oil field in Amu Darya-Afghanistan—and with China a leader in mining rare earth metals, it bears noticing that Afghanistan is home to some of the world’s largest rare earth deposits.

Security Council Members in this transcript note that as the events in Afghanistan continue to shift the global power center towards Eurasia, last week it saw Russia's international reserves, the world’s fourth-largest, jumping by $20 billion—international reserves that reached $615.6 billion hitting a new historic high—that was joined by Russia and China continuing to ditch US dollars in settlements in favor of national currencies—all of which is occurring in the dark shadow of the grave warning just issued by the Russian Central Bank that the world could face a disastrous financial crisis in 2023 on the same scale as the devastating 2008-2009 economic crash due to the West’s insane spending over the past 18-months because of their so-called pandemic crisis—is a grave warning whose truth about is known by those like Democrat Party lawmaker US Senator Joe Manchin, who today is being hammered by Biden’s socialist forces because he won’t allow any more spending, and who states: “Over the past 18 months, we’ve spent more than $5 trillion responding to the coronavirus pandemic…Now Democratic congressional leaders propose to pass the largest single spending bill in history with no regard to rising inflation, crippling debt or the inevitability of future crises…Those who believe such concerns are overstated should ask themselves: What do we do if the pandemic gets worse under the next viral mutation?...What do we do if there is a financial crisis like the one that led to the Great Recession?”—and to how actually near a “financial crisis” America really is, it’s no longer a couple of years, but a couple of months—specifically because Republican lawmakers want socialist Democrats to own the coming financial crisis and won’t lift a finger to help with the debt ceiling, as Republicans think that the Democrats should include the increase in the debt limit in their hyper-partisan $3.5 trillion social spending monstrosity, that way, Republican hands would be clean.

With the greater masses of Americans not even being aware of this looming “financial crisis” train wreck about to derail their nation, this report continues, yesterday they were treated with yet another demented spectacle that saw socialist leader Biden insanely saying his “plan is working” in response to one of the worst job reports in US history—after which Biden demanded he be given another $85-billion to prepare for another pandemic, then saw him demanding $80-billion so he can create IRS strike teams to further terrorize citizens—demands coming at the same time Biden lied and said he visited The Tree Of Life Synagogue after its 2018 massacre—a synagogue President Donald Trump did visit to comfort its grieving members—which is why the White House was forced to issue a statement admitting that Biden didn’t tell the truth.

Knowing full well the lies and deceptions of socialist leader Biden, this report notes, are the 1.2-billion black peoples in Africa, less than 2% of whom have gotten even one Covid shot—is a disaster caused by Biden and his socialists playing “Vaccine Apartheid” games with the black peoples of Africa—are black Africans the CDC demands take the lifesaving drug Ivermectin when they become refugees in America—sees the drug Ivermectin having won a Nobel Prize for the millions of lives it has saved—though if any black American, or anyone else, uses Ivermectin to save their life against Covid, these demonic socialists lose their minds—are loyal Biden socialist forces that cheered this week when black conservative icon Candice Owens was denied a Covid test—are loyal Biden socialist forces that cheered last week when the devout Christian wife of black Texas gubernatorial candidate Allen West was absurdly arrested for drunk driving, after which all charges were dropped because their wasn’t a trace of alcohol or drugs in her system—are loyal Biden socialist forces that last week cheered black California gubernatorial candidate Larry Elder beyond shockingly being branded as the “black face of white supremacy”—are loyal Biden forces that have long cheered leftist social media giant Facebook for banning and censoring Christians and conservatives, but are silent today after it was discovered Facebook is placing the “primate” label for apes and monkeys on videos of black men—all of which is a level of insane socialist racism against blacks so profound, it makes it no wonder why Washington Times journalist Charles Hurt could only compare what is happening to the over 9-million times viewed video made by renowned black comedian Dave Chappelle entitled “Clayton Bigsby, the World’s Only Black White Supremacist”—a farcical video Biden and his deranged and racist socialist forces have turned into real life, and that caused Hurt to exclaim: “The ghost of Jim Crow is kicking himself for not thinking this stuff up…Biden is turning the world into the movie set of Mad Max”.  [Note: Some words and/or phrases appearing in quotes in this report are English language approximations of Russian words/phrases having no exact counterpart.] 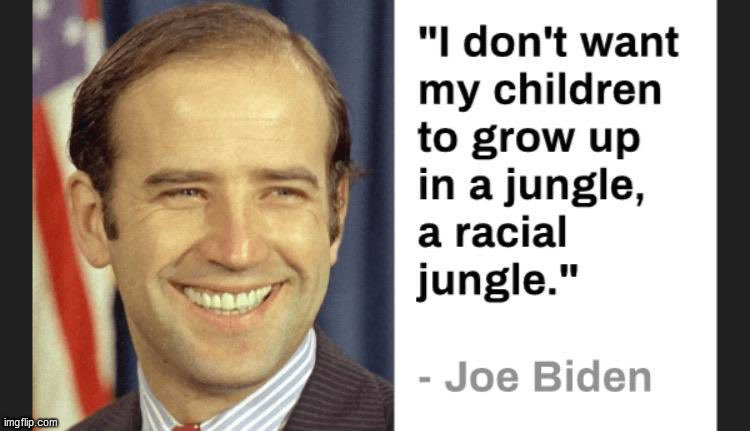 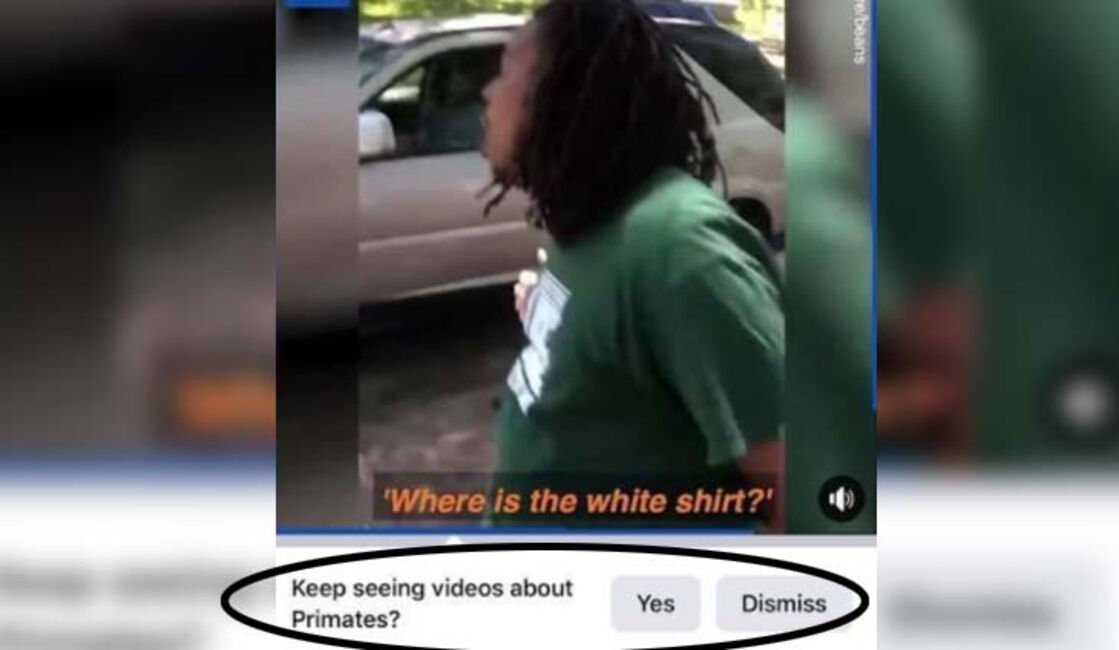 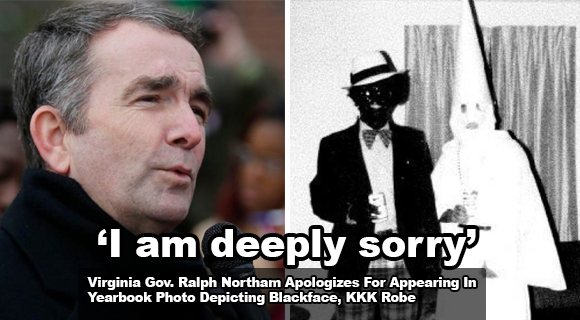 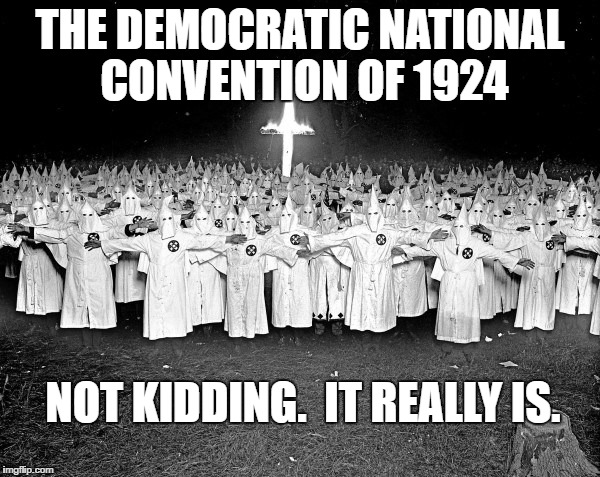 September 4, 2021 © EU and US all rights reserved. Permission to use this report in its entirety is granted under the condition it is linked to its original source at WhatDoesItMean.Com. Freebase content licensed under CC-BY and GFDL.