“When you strip away the genre differences and the technological complexities, all games share four defining traits: a goal, rules, a feedback system, and voluntary participation.”

Jane McGonigal, PhD (1971)—World-renowned game designer and futurist--cited quote is from her book Reality Is Broken: Why Games Make Us Better and How They Can Change the World

Dr. Jane McGonigal is a world-renowned designer of alternate reality games whose #1 goal in life is to see a game developer win a Nobel Peace Prize—she has created and deployed award-winning games, sports and secret missions in more than 30 countries on six continents—is a future forecaster and Director of Games Research & Development at the Institute for the Future, a non-profit research group in Palo Alto-California—is the author of the groundbreaking book  “Reality is Broken: Why Games Make Us Better and How They Can Change the World”—one of whose numerous editorial reviews about includes The Boston Globe saying: “McGonigal proposes a fascinating and provocative, if troubling, manifesto that adds to our understanding of the appeal and potential power of digital games…McGonigal is a clear, methodical writer, and her ideas are well argued…Assertions are backed by countless psychological studies”.

My purpose in bringing your attention to Dr. McGonigal is because of her four defining traits for games—which are 1.) a goal, 2.) rules, 3.) a feedback system and 4.) voluntary participation—are rules for a game whose definitions are: “a physical or mental competition conducted according to rules with the participants in direct opposition to each other...a division of a larger contest...the manner of playing in a contest...a particular aspect or phase of play in a game...the set of rules governing a game...the number of points necessary to win”—and today we’ll apply to “The New Great Game”, about which, in 1996, the New York Times stated: “While few have noticed, Central Asia has again emerged as a murky battleground among big powers engaged in an old and rough geopolitical game…Western experts believe that the largely untapped oil and natural gas riches of the Caspian Sea countries could make that region the Persian Gulf of the next century…The object of the revived game is to befriend leaders of the former Soviet republics controlling the oil, while neutralizing Russian suspicions and devising secure alternative pipeline routes to world markets”.

The “goal” of “The New Great Game”, as defined by the United States and its Western allies, is total hegemony over Central Asia and its vast resourses—saw them creating the “rules” of this game that “might makes right”, defined as “superior strength can enforce one's will or dictate justice”—saw them creating the “feedback system” of this game, that controls and regulates its moves, with a distorted political-media generated “feedback loop” best described as “garbage in-garbage out”, a term used to express the idea that incorrect or poor quality input will always produce faulty output—whose “voluntary participation” of the gamers most affected is nonexistent, which is why this game was doomed to fail the very moment it was begun—and whose spectacular failures in this game have been documented by the Costs of War Project, that reports: “Over 801,000 people have died in the post-9/11 wars due to direct war violence, and several times as many due to the reverberating effects of war...Over 335,000 civilians have been killed as a result of the fighting..38 million — the number of war refugees and displaced persons...The US federal price tag for the post-9/11 wars is over $6.4 trillion ...The US government is conducting counterterror activities in 85 countries..The wars have been accompanied by violations of human rights and civil liberties, in the US and abroad”. 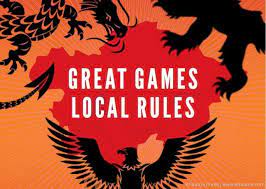 The other main player in “The New Great Game” is the People’s Republic of China, who, while the United States and its Western allies were rampaging throughout Central Asia over the past two decades, made its “goal” in this game to gain hegemony over this region and its vital to the world resources—created “local rules” for this game so all the nation’s affected would also be gamers—created a “feedback system” that saw them listening to the concerns of the gamers—all of which ensured the “voluntary participation” of gamers—which is why China is winning this game without having to fire a single shot. 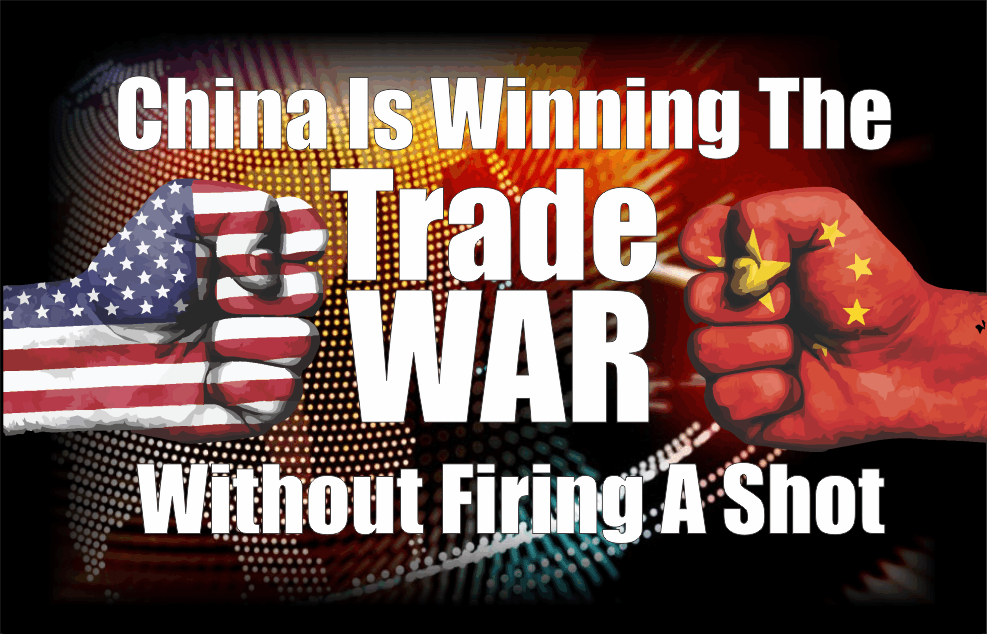 In 2013, Chinese President Xi Jinping’s tour of this region marked China’s entry into “The New Great Game”—whose unprecedented return to Central Asia saw them declaring it a lynchpin of their “Silk Road Economic Belt”, that’s formally called the Belt and Road Initiative (BRI)—which positions Central Asia as the crucial nexus for the cross-regional long-distance loops of trade, investment, and infrastructure development, and Afghanistan provides the final strategic link for the Silk Road’s completion—with Afghanistan falling gives China hegemony over all of Eurasia, which is the largest continental area on Earth, comprising all of Europe and Asia—sees China’s hegemony over Eurasia being secured by the Russia Federation and its world’s largest nuclear weapons arsenal and world’s greatest natural resource wealth valued at over $75-trillion—all of which is exactly why the British parliament this week made their historic move to openly and officially condemn President Joe Biden.

Now in case you haven’t realized this fact yet, Biden is the proverbial “dead man walking”, a term that describes someone in a doomed or untenable situation, especially one about to lose their job—and is why diplomats the world over today are brushing up on their history of Italian Prime Minister Mario Draghi—the former Governor of the Bank of Italy and the President of the European Central Bank—but when Italy started to fall to national-populist forces earlier this year, saw the Davos Group installing him as prime minister during their January meeting—who are otherwise known as the World Economic Forum of Western socialist-globalist bankers—who are presently attempting to force on every nation what they call “The Great Reset”, and whose leader Klaus Schwab proclaimed: “Every country, from the United States to China, must participate, and every industry, from oil and gas to tech, must be transformed...In short, we need a ‘Great Reset’ of capitalism”.

Why all of this is vital for you to know is because of Janet Yellen, who was the Chairwoman of the United States Federal Reserve Bank and is now the Secretary of the Treasury—is a socialist-globalist banker facing an America about to soon topple to national-populist forces—and today sees very credible sources warning: “Expect President Yellen in the next six months, effectively appointed by Davos like Mario Draghi was appointed in Italy…They don’t have a lot of time to pull any of this off, no less getting Biden out of office”. 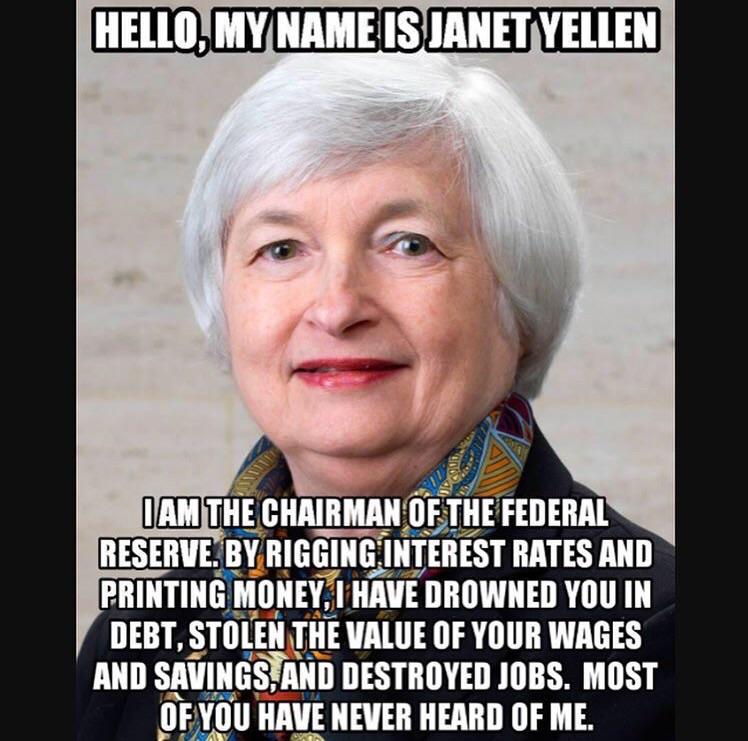 With this “Davos Game” now in play to replace “dead man walking” Biden with Janet Yellen, keep in mind Dr. McGonigal’s four defining traits for games: “a goal, rules, a feedback system, and voluntary participation”—and in knowing them, and exactly like “The Great Game”, know for a certainty that this “Davos Game” will end in failure, too—most particularly because you’re hearing this information from a truthful “feedback system” in this game, and you are “voluntarily participating” in it—which means we get to set our own “goal” and “rules” for this game.

The stakes in this new “Davos Game” are high, and include your freedom and the future of your nation—the opposing side in this game is trying to get you to quit playing so they can win, but who know that we’re already winning, because they can see Biden’s rapidly plummeting poll numbers just like we can—and is why today you’re reading media reports saying such things like: “The discontented media have turned their restless gaze to Joe Biden, after the Afghanistan exit debacle, the gaze has turned into a hard stare”.

Finally, the main piece in this game is information, which if dishonest will cause you to lose, but when truthful will see us winning—is truthful information being denied and suppressed so you’ll lose this game—which is why we keep truthful information flowing to you—but we can’t keep doing unless YOU aid in this effort by giving what you can, and is why I’ll leave you today with my most heartfelt plea:

(Please note that those who respond to this appeal, in any amount, will receive, at no charge, Sorcha Faal’s August, 2021/September, 2021 lecture series to the Sisters of the Order titled “Total War: the Collapse of the United States and the Rise of Chaos: Part 113”.  This is another one of the Sorcha Faal’s most important lectures dealing with the coming timelines of war, famine, catastrophic Earth changes and disease as predicted by ancient prophecies.)