A fascinating new Security Council (SC) report circulating in the Kremlin today discussing issues related to next week’s scheduled meeting between President Putin and Supreme Socialist Leader Joe Biden in Geneva-Switzerland, first notes some experts referring to this meeting to as the “Train-Wreck Summit”, which fully explains why the Swiss government announced this morning it is closing off part of its airspace, and officially stated: “At its meeting on 11 June 2021, the Federal Council approved a temporary restriction on the use of airspace during the summit between President Biden and President Putin from 15 to 17 June 2021 in Geneva”.

A Putin-Biden summit that will be preceded by a NATO summit to be held in Brussels on 14 June, that’s notable because the members of this Western military alliance decided not to invite some countries, namely candidates for the bloc Georgia and Ukraine—NATO candidates whose ascension to this Western military bloc would trigger an immediate Russian Federation retaliation up to the use of nuclear weapons—which is why NATO informed the Kremlin yesterday that a timeframe for Ukraine’s accession to NATO won’t be discussed at this alliance’s summit.

At the same time NATO informed the Kremlin of their decision, lawmakers in Ukraine continued pushing forward a law to strip all of the rights away from the tens-of-millions of Russian speaking peoples in their country—a genocidal atrocity President Putin quickly addressed by declaring: “To speak of Russians as a non-indigenous people is simply incorrect...This is ridiculous and stupid, the division of people into indigenous – first-class – and second-class categories of people and so on – it definitely looks like and resembles the theory and practice of Nazi Germany”.

While being totally ignored by socialist leader Biden, this week it also saw the European Union football league banning Ukraine from placing Nazi slogans on their uniforms—an American silence coming at the same it’s being asked: “Why does Joe Biden feel the need to tell people in other countries what to do, even when he can't get Americans to obey him?”—a silence followed by Foreign Ministry spokeswoman Maria Zakharova announcing a formal protest has been lodged against Ukraine for its Nazi rallies, with her noting that the provocative actions of radicals in Ukraine were taking place more often and becoming more aggressive—and in directly addressing this grave situation, sees President Putin stating: “At least 50% of Ukrainians do not want the country to join NATO, and these are smart people...Numerous polls conducted, without the breakaway Donbas region, have shown that a direct question on whether respondents support Ukraine joining NATO generally show only between 40-45% favor becoming part of the institution...I am speaking without irony, and not because the others are stupid...but because those people who support joining the bloc do not understand that they are better off not being in the line of fire...They don’t want to be a bargaining chip or cannon fodder”.

President Putin further directly warned socialist leader Biden that Ukraine being allowed to join NATO was a “red line”, specifically because it would decrease to 7-10 minutes the time needed for missiles to strike Moscow—a warning ignored, as just confirmed by Foreign Ministry spokeswoman Zakharova, who this morning grimly reported: “The Russian side’s invitation to take part in the Moscow conference on international security has been met with a refusal…What can better testify to the true intentions of NATO and its Secretary-General Jens Stoltenberg?”.

In watching while demented and deranged socialist leader Biden stumbles the NATO alliance towards all-out nuclear war with the Russian Federation, it now sees President Donald Trump advising Biden about his summit with President Putin and telling him: “Don’t fall asleep during the meeting, and please give him my warmest regards!”—advice coming at the same time whistleblowers are shockingly warning how Biden’s woke extremism is tearing the US military apart—woke extremism put on full display this week when Biden stunned a large group of US soldiers by declaring to them: “This is Not a Joke – The Greatest Threat Facing America is Global Warming”—and was a leftist lunatic declaration quickly responded to by President Trump, who issued a statement declaring: “Biden just said that he was told by the Joint Chiefs of Staff that Climate Change is our greatest threat…If that is the case, and they actually said this, he ought to immediately fire the Joint Chiefs of Staff for being incompetent!”.

After President Trump declared that the Joint Chiefs of Staff should be fired for incompetence, it was quickly followed by Chairman of the Joint Chiefs General Mark Milley contradicting socialist leader Biden in front of a US Senate committee, who when asked directly what America’s greatest threat really is, saw him stating for the record: “I'm looking at it from a strictly military standpoint…And from a strictly military standpoint, I'm putting China, Russia up there”—an official statement made by General Milley that was near immediately followed by the Embassy of the Russian Federation in the United States releasing a statement blasting the US military decision to fly “Dr. Strangelove” nuclear bombers near Russia’s border as “yet another provocation”, and stated: “This saber-rattling is fueling tensions in Europe, and it darkens the atmosphere in anticipation of the Russia-US summit meetings”.

What makes this report more than fascinating is this transcript showing the discussions Security Council Members had regarding this statement issued by the Embassy in Washington D.C.—a discussion focused on the “Dr. Strangelove” terminology used by Russian diplomats in their withering statement—is a 1964 movie whose story concerns an unhinged United States Air Force general who orders a first strike nuclear attack on the Soviet Union—depicts a Soviet government not being assured of who is really in control of the United States—most critical to notice about of this movie, saw it depicting a United States government divided between two powerful factions—and sees this transcript showing an agreement among Security Council Members that this movie most aptly describes what is happening in America today, which is why the Embassy referenced it in their statement.

An agreement based on the recent past history showing that President Trump was under constant attack by his nation’s “Deep State”, which is a body of people, typically influential members of government agencies or the military, involved in the secret manipulation or control of government policy—attacks that saw the “Deep State” manufacturing repeated lies about President Trump—lies whose narratives continue to die brutal deaths even to this day when exposed to the truth—but whose catastrophic effect on American democracy due to these “Deep State” lying attacks was just grimly revealed by top Republican Party lawmaker US Senator Lindsey Graham, who admitted the truth that the “Deep State” attack to keep the origins of pandemic hidden cost President Trump the election.

In a mind-blowing revelation, however, this transcript shows Russian diplomats in Washington D.C. have been keeping track of a series of events that have blindsided the “Deep State”—which they describe as a “Trump State” counterattack, whose forces are made up of untold thousands of American intelligence and military official deeply embedded within the US government supporting President Trump—and since socialist leader Biden seized power, have launched withering attacks against their “Deep State” enemies.

The growing by leaps-and-bounds evidence supporting this “Trump State” counterattack, this report concludes, first emerged when “Deep State” pandemic plotter Bill Gates was revealed to be close friend of child sex slaver Jeffrey Epstein—then in retaliation for the “Deep State” giving President Trump’s secret tax returns to the the leftist New York Times, this week the “Trump State” struck back hard by releasing the secret tax returns of every “Deep State” leader known and/or suspected, from Washington Post owner Jeff Bezos to George Soros, and everyone in-between—sees the “Trump State” marking for total destruction Dr. Anthony Fauci, which is why calls are now rising for him to be criminally prosecuted for his crimes against humanity—as well as the “Trump State” marking for total destruction the real life Bond villain Peter Daszak of the EcoHealth Alliance, who conspired with Dr. Fauci to create and deploy the COVID-19 virus—and in a move striking terror into the “Deep State”, yesterday it beyond belief saw the “Trump State” unleashing the spitefully named “peterdaszak.com” website containing thousands of secret documents proving how COVID-19 was created, and why, that criminal investigators the world over will be combing through for years—all of which more than explains why yesterday the most popular video meme in America sees President Trump telling socialist leader Kamala Harris: “I’m Coming!”, that was joined by President Trump releasing a photo of him standing next to top Republican Party leader US Congresswoman Elise Stefanik with a big smile and thumps-up cheer to the American people.  [Note: Some words and/or phrases appearing in quotes in this report are English language approximations of Russian words/phrases having no exact counterpart.] 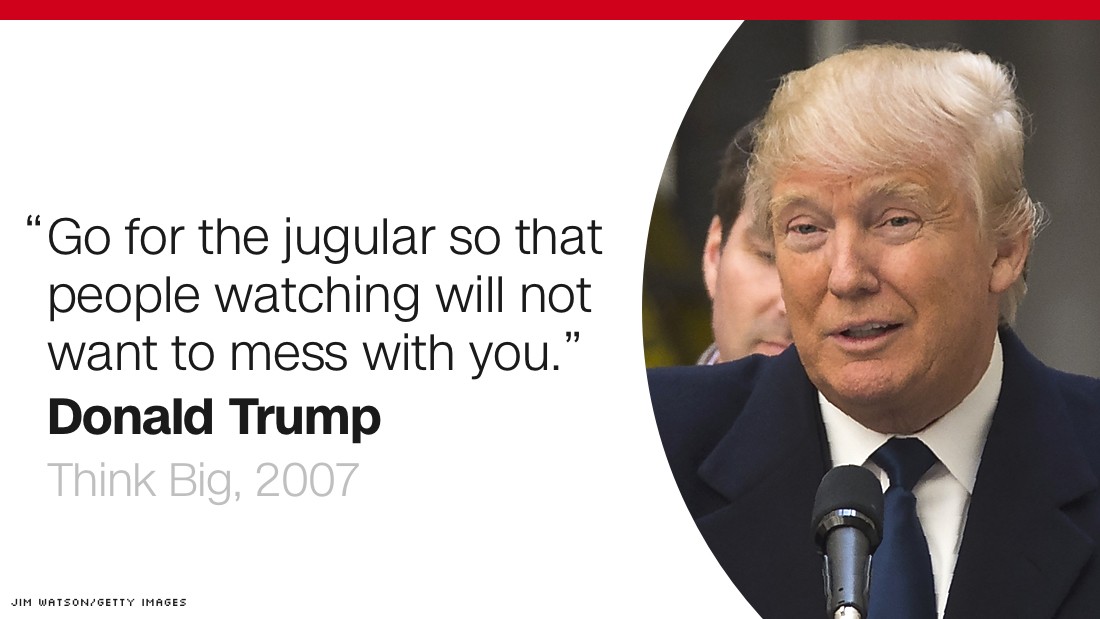 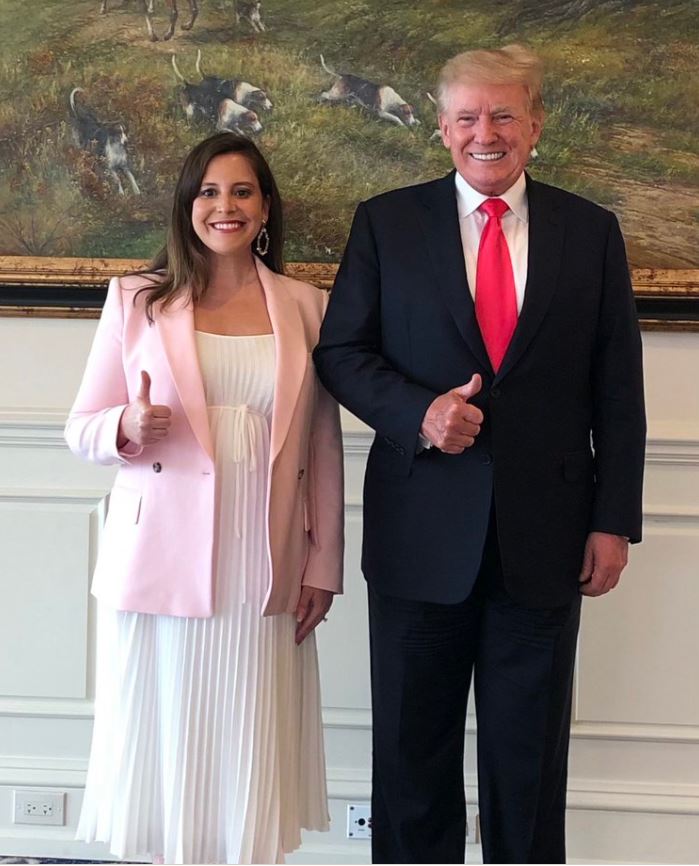 June 11, 2021 © EU and US all rights reserved. Permission to use this report in its entirety is granted under the condition it is linked to its original source at WhatDoesItMean.Com. Freebase content licensed under CC-BY and GFDL.