“An appeaser is one who feeds a crocodile—hoping it will eat him last.”

One of the least studied attributes of God is His sense of irony and humor, which undeniably exists, otherwise they wouldn’t keep abounding in His creations—one of whose latest examples came this week when it was reported that the famed Darwin's Arch in the Galapagos Islands has lost its top, that happened at the same time Swedish researchers announced they succeeded in mapping out the entire genome of a prehistoric woman who lived 35,000-years-ago to challenge Darwin’s theory of evolution.

Also this week, a recently-discovered letter, written by German-born mathematician and physicist Albert Einstein in 1949, was confirmed as authentic that sheds new light on his illuminating views on the birds, bees, and their links to physics—that confirms the pioneering research being conducted by British scientist Dr. Rupert Sheldrake proving the existence of morphic resonance, the process whereby self-organizing systems inherit a memory from previous similar systems—and joining these humorous ironies and confirmations were scientists at the Los Alamos National Laboratory announcing a newly discovered quasicrystal that was created by the first nuclear explosion at Trinity Site-New Mexico, on 16 July 1945—a newly discovered material that was formed accidentally in the blast of the first atomic bomb test, which resulted in the fusion of surrounding sand, the test tower, and copper transmission lines into a glassy material known as trinitite—and with scientists now knowing about this new quasicrystal and how to find it, they can scour the world looking for it to identify other sites where atomic bombs have been exploded—most particularly in places where researchers have said ancient atomic wars took place. 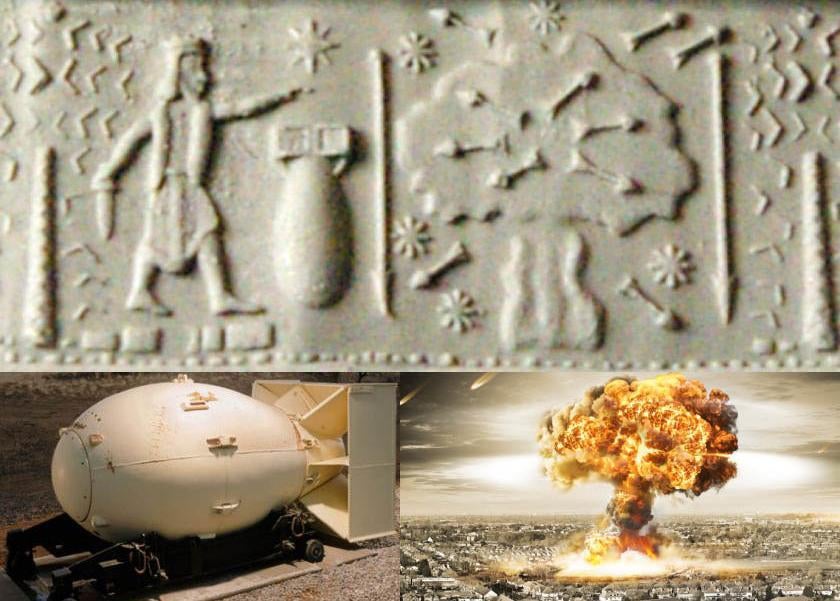 In the Bhagavad-Gita, called the “Book of Drona” written over 3,000-years-ago, it describes “magical” weapons, called “astra”, that could destroy entire armies...”a single projectile charged with all the power in the universe causing crowds of warriors with steeds and elephants and weapons to be carried away as if they were dry leaves of trees”.  Another weapon was described as producing vertical, billowing smoke clouds that opened consecutively like giant umbrellas, reminiscent of the massive rising mushroom clouds produced by the Trinity test.  The weapon produced “an incandescent column of smoke and flame as bright as 10,000 suns that rose in all its splendor”.  After, corpses were so burned as to be unrecognizable. Their hair and nails fell out; pottery broke without any apparent cause, and the birds turned white.  After a few hours, all foodstuffs were infected.

When it comes to our pondering such things like ancient atomic wars we are guided by the Holy words found in the Book of Ecclesiastes, Chapter 1, Verse 9: “What has been is what will be, and what has been done is what will be done, and there is nothing new under the sun.”—in Chapter 3, Verse 1, we are further instructed: “For everything there is a season, and a time for every matter under heaven:”—in Verse 9 of this chapter we are told there is: “a time for war, and a time for peace”—and in their totality gives us guidance into a future based on history, whose unmistakable warning to everyone today is to prepare ourselves for a “Bright Light, Loud Noise and Unobstructed View”—which are the three main effects of an atomic bomb blast. 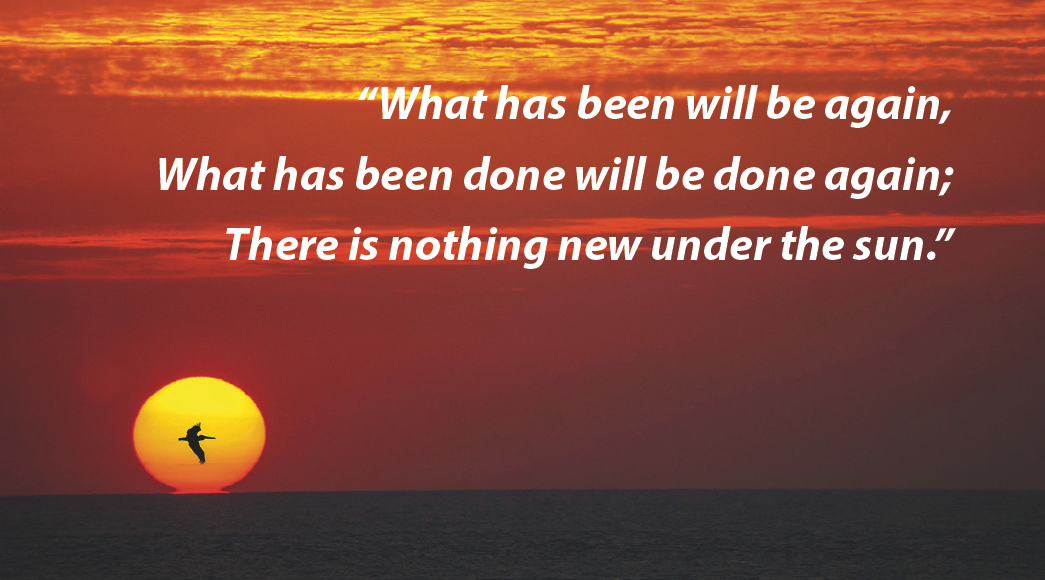 For those of you choosing to disregard this warning, congratulations, because this is the mass majority view—in 1933 it would have placed you into the majority view of that held by American and British citizens and their governments—but such a view would see you standing opposed to Sir Winston Churchill, who in that year read a copy of Adolf Hitler’s book Mein Kampf and concluded that Hitler was clearly irrational, was clearly not moral, and was so impassioned and dedicated to his ideology that nothing less than war would stop him—and for those not believing his warning and seeking peace,, Churchill replied: “An appeaser is one who feeds a crocodile-hoping it will eat him last”.

In our world today, Mein Kampf has been replaced by The Little Red Book—or, to give its full title, Quotations from Chairman Mao Zedong—that contains 267 aphorisms from Communist Chinese leader “Mao”, who was the leader of the Chinese Communist Party from 1949 until his death in 1976—covers subjects such as “class struggle”, “correcting mistaken ideas” and the “mass line”, a key tenet of Mao thought—included in it is Mao's famous remark that “political power grows out of the barrel of a gun”—today is what guides Communist China and its leaders—and is clearly irrational and not moral.

In 2020, won the trade war, science and technology war, and especially the biological war.

The achievement is unprecedented.

This is an epoch-making historical record.

So for the liberal, America-worshiping cult within , their worship of the is actually unfounded.

After this trade war and biological warfare, the was beaten back to its original shape. 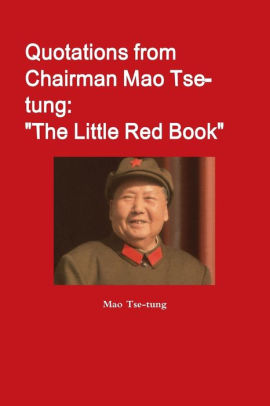 I have no doubt that barely any of you know that Communist China has declared victory over the United States in this war won by them unleashing a biological weapon called COVID-19 to defeat the Americans—but this fact is known to the very powerful hidden forces in America that have ordered Biden to make peace with Russia as fast as possible—peace that includes Biden suddenly dropping sanctions against the Russian gas pipeline to Germany—saw US Secretary of State Antony Blinken ordering Ukraine to stop its aggression against Russia—yesterday saw Secretary Blinken holding a rushed secret meeting with Russian Foreign Minister Sergey Lavrov—and yesterday saw Biden’s CDC Director Rochelle Walensky moving towards revealing the truth that COVID-19 originated in a Communist Chinese laboratory.

Now I wish you could be told that these sudden peace overtures being made to Russia will amount to something, but this simply isn’t true—and the reason is because of the demons Hitler and his Nazis aligned themselves with to wage war on the world—a subject matter my Dear Sisters touched upon this week in their report “Russia Places Only Two Names On List Of Unfriendly Countries—Both Are Linked To UFO Demons”, that explains why Russia has officially declared UFOs and so-called extraterrestrials as demons from Hell at war with God.

This week, in fact, former President Obama gave an interview where he said: “When it comes to aliens, there are some things I just can’t tell you on air…But what is true — and I’m actually being serious here — is that there’s footage and records of objects in the skies that we don’t know exactly what they are”—a revelation coming after the Pentagon confirmed a leaked UFO video was real—and were joined by CBS News devoting an entire segment on their 60 Minutes news programme confirming UFOs are regularly flying in US airspace.

During World War II, these demon aircraft brought into our human realm were known and branded “Foo Fighters” by the Allied airmen that encountered them—but still hidden from public knowledge is that it took the combined nuclear arsenals of both the United States and the former Soviet Union to hold them at bay—was an exact replay of the nuclear war against these demons that took place thousands of years ago—and is the type of war Russia is now preparing to fight in our world today.

In the coming months, the dimensions of this looming war are going to shift in radical and unforeseen ways—which is why we believe it is your right to know the full truth about what is happening—a truth the demonic enemies of humanity and our God are doing everything in their power to suppress—which is why our Dear Lord ordered us to band together in such times as these to protect one another—a protection we urgently need at this very moment to keep the truth flowing to you—and in aiding us, our Dear Lord has promised you: “Give, and it will be given to you. A good measure, pressed down, shaken together and running over, will be poured into your lap. For with the measure you use, it will be measured to you.”.

(Please note that those who respond to this appeal, in any amount, will receive, at no charge, Sorcha Faal’s May, 2021/June, 2021 lecture series to the Sisters of the Order titled “Total War: the Collapse of the United States and the Rise of Chaos: Part 110”.  This is another one of the Sorcha Faal’s most important lectures dealing with the coming timelines of war, famine, catastrophic Earth changes and disease as predicted by ancient prophecies.)