A compelling new Security Council (SC) report circulating in the Kremlin today discussing issues related to the St. Petersburg International Economic Forum, says among the most powerful observations made by President Putin to the world’s top business leaders attending this 2 to 5 June forum, was his stating: “The problem of empires is that they think they are so powerful that they can afford small inaccuracies and mistakes…But problems keep piling up…And, at some point, they are no longer able to cope with them…And the United States is now walking the Soviet Union’s path, and its gait is confident and steady”.

Leading President Putin to make this observation comparing present day America to the former Soviet Union are the many examples of the problems that keep piling up for them—that include Supreme Socialist Leader Joe Biden unveiling this week an historic spending blowout that it steals economic growth from the future in return for a temporary surge in the next two years—that was followed by the United States Chamber of Commerce yesterday declaring a “National Economic Crisis” due to staggering labor shortages caused by Biden paying workers to stay home—sees this happening while the United States is facing a credit market CATASTROPHE even worse than in 2008—all of which comes at the same time the COVID-19 pandemic has forever destroyed the American peoples’ trust in their ruling class elites.

Like the United States is experiencing today, during the late 1980’s it saw the former Soviet Union economically destroying itself with needless conflicts to maintain its empire—conflicts that saw Soviet leaders hiding the true cost of wars while they amassed vast military and domestic spying powers to keep their citizens blinded to what was really happening—and whose COVID-19 pandemic-like catastrophe that drove the final nail in the coffin of the Soviet Union, occurred on 26 April 1986—the date on which the Chernobyl Atomic Power Plant exploded causing the worst nuclear disaster in human history—a disaster of unimaginable proportions Soviet leaders lied about the causes of while deliberately deceiving citizens about the truth—but when the truth of this disaster was eventually discovered by the Russian people, if forever destroyed their trust in Soviet ruling class elites—which led them to discovering other crimes committed by these ruling class elites—the final end result of which led to a revolution that threw the Soviets from power in 1991.

With business leaders at this forum noting the unmistakable parallels between what ended the Soviet Empire and what’s happening today with the American Empire, it saw President Putin being asked about the causes of the COVID-19 pandemic, to which he replied: “Too many things have already been said on this subject, so it seems to me that making more comments about this would be senseless…I don’t think that I can say something new or compelling”—a common sense reply based the fact that Russian intelligence and scientific officials have been overwhelmed this week with a flood of new information about the pandemic and its causes—to include it being revealed that the US government and Pentagon secretly funneled over $160-million to the Wuhan lab in China to conduct coronavirus research—a revelation that caused the Chinese Foreign Ministry to erupt in unrestrained anger pointing out the fact that the US military colluded with the notorious Unit 731 of the Imperial Japanese Army that unleashed bioweapon terror on China during World War II—that they joined by stating to the entire world: “We are wondering:  when will all these mystery-shrouded bio-military activities conducted by the US come to light?...When will the US give the international community an explanation?...The people who hype up the Wuhan lab-leak hypothesis are the same people who fabricated the fake information about Iraq's attempt to acquire nuclear weapons 19 years ago”.

Causing this tsunami of new information about the COVID-19 pandemic being revealed this week was the bombshell article “The Lab-Leak Theory: Inside the Fight to Uncover COVID-19's Origins”—an article that opened a “Pandora’s Box” exposing all of the lies told to the American people about COVID-19 using secret US government documents and emails—further exposes how Dr. Anthony Fauci secretly paid the Wuhan lab to create a new coronavirus from a bat virus—reveals how Dr. Fauci masterminded a cover-up to crush all knowledge of what was done by threatening the world’s top virus experts with financial ruin and death—and beyond shockingly reveals how Dr. Fauci and his cabal covered up the truth about lifesaving drugs and treatments to combat COVID-19 and them hiding the truth that masks do absolutely nothing to prevent anyone from being infected with viruses.

Most critically to be noticed about this bombshell article, however, is that it was published by Vanity Fair, a monthly magazine that writes stories about celebrities and fashion, and is the very last place one would expect to see information being revealed about the greatest crime in human history used to steal the election from President Donald Trump—though when noticing that Vanity Fair is owned by the global mass media company Condé Nast, what is really happening becomes crystal clear, specifically because both Vanity Fair and Condé Nast are wholly owned by Advanced Publications.

Vitally important to know about Advanced Publications is that it is one of the most powerful and secretive media giants in the entire world—is a private multi-billion dollar media giant that’s been in business since 1922 and has never had an official headquarters—in the early 1920’s, saw its founder Samuel Irving Newhouse Sr. backing the winning Republican Party candidate President Warren G. Harding—and after his having a secret meeting with Samuel Irving Newhouse Sr. during this time period, is saw President Woodrow Wilson saying afterwards: “Since I entered politics, I have chiefly had men's views confided to me privately…Some of the biggest men in the United States, in the field of commerce and manufacture, are afraid of something…They know that there is a power somewhere so organized, so subtle, so watchful, so interlocked, so complete, so pervasive, that they better not speak above their breath when they speak in condemnation of it”.

Today the “organized, watchful and interlocked” secret powers controlling Advanced Publications are led by Donald Newhouse, who is one of the richest Jewish men in the world, and is the brother of Samuel Irving “S.I.” Newhouse Jr., who died in 2017—but before he died, saw Si Newhouse Jr. (as he liked to be called) masterminding with his powerful secret forces the stunning election victory of President Trump—a factually reality described in articles like “Without Si Newhouse, There Might Never Have Been a President Trump”—but whose truest depths of how these secretive powers really work can be glimpsed in the “Donald Trump, Roy Cohn and their Newhouse Connection” excerpt contained in the book “All That Glitters: Anna Wintour, Tina Brown, and the Rivalry Inside America's Richest Media Empire”.

With America’s richest media empire Advanced Publications and its powerful secretive forces using their Vanity Fair publication to fire a bombshell into the socialist forces arrayed against President Trump, they were quickly counterattacked by the leftist tech giants protecting Biden—with Facebook suddenly announcing that were blacklisting President Trump for another two years until after the 2022 midterm elections, and Twitter suddenly announcing that they are censoring all emails related to Dr. Fauci that were legally obtained using Freedom of Information requests—the consequence of which now sets in motion a titanic war between the “old” rulers of America and the “new” ones seeking to dethrone them—a war putting to the test the old American adage “Never pick a fight with anyone who buys ink by the barrel and paper by the ton”—and in understanding the fateful consequence of this war, is why President Putin is warning that “the United States is now walking the Soviet Union’s path”, as he knows what the ultimate end will be having already lived through it.  [Note: Some words and/or phrases appearing in quotes in this report are English language approximations of Russian words/phrases having no exact counterpart.] 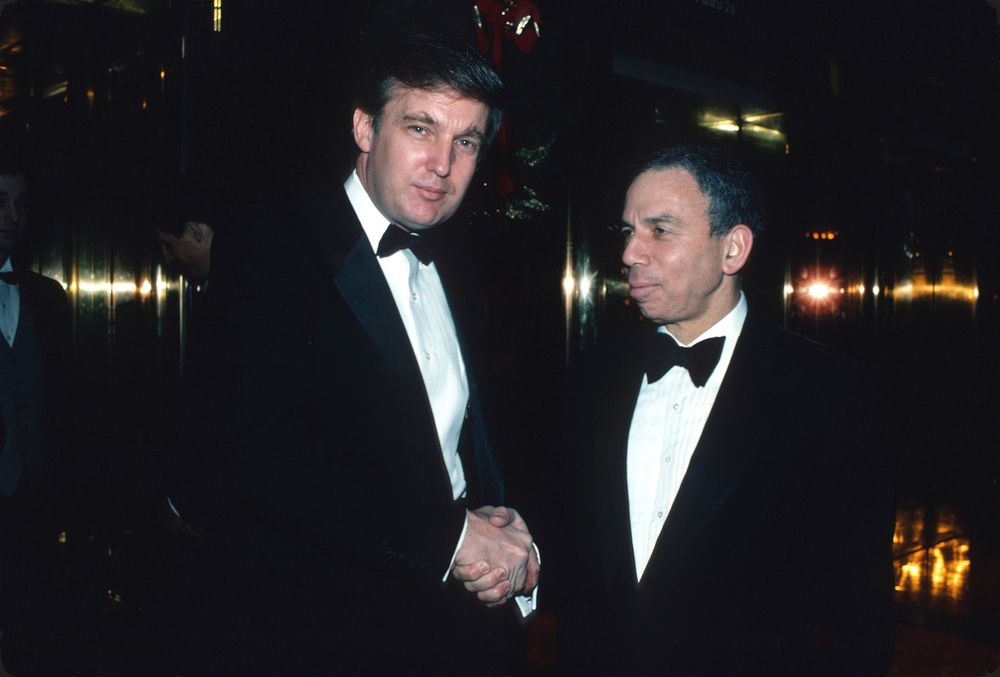 June 5, 2021 © EU and US all rights reserved. Permission to use this report in its entirety is granted under the condition it is linked to its original source at WhatDoesItMean.Com. Freebase content licensed under CC-BY and GFDL.