A thought provoking new Security Council (SC) report circulating in the Kremlin today first noting President Putin factually observing that the domestic economy is emerging from the crisis caused by the coronavirus pandemic “better than anyone else”, says in regards to his 16 June summit in the neutral location of Geneva-Switzerland with Supreme Socialist Leader Joe Biden, it saw Kremlin spokesman Dmitry Peskov telling reporters “We do not say anything about the format now, work to agree the format continues, I will not tell you anything for now”, then saw him “warning against inflated expectations” for this summit—a warning Peskov amplified by telling Biden directly: “Diktat or mentoring are doomed to fail, as they may disrupt the dynamic of establishing dialogue”.

Further complicating the issues surrounding this summit was the Ministry of Defense (MoD) revealing that socialist leader Biden is secretly supplying Ukraine with advanced weapons under guise of NATO drills taking place in the Black Sea—advanced US weapons Ukraine can use to wage war against Russia coming at the expense of America’s own defense—where the US Army just watched Biden slash the budget for its advanced 1,000-mile-range supergun, and the US Air Force just watched Biden kill its plan to build a new Air Force Two aircraft—a degrading of US military capabilities coming at the same Biden has watched Communist China take full control of over 200-square-miles of Texas right next to a major US Air Force base—a major US Air Force base the Communist Chinese are preparing to build a giant wind farm around that will enable them to cut off its electrical power—from jumping off bases in Mexico and Central America could see pre-deployed Communist Chinese military aircraft quickly overwhelming this US Air Force base to begin deploying troops in America—the purpose of which Biden will claim are Communist Chinese military forces needed to battle against white supremacists’ military and police forces loyal to President Donald Trump—and to disarm the American people to keep them from fighting against the Communist Chinese military takeover of their country, yesterday it saw Biden and his socialist forces rolling out their campaign declaring that the 2nd Amendment is racist.

Necessitating Biden needing Communist Chinese military power to complete his destruction of America is best explained by the Wall Street Journal in their article “Biden’s Agenda Hits a Senate Wall”, which states: “The US Senate parliamentarian nixes Schumer’s plan to evade the filibuster via ‘reconciliation...The straightforward ruling by Senate Parliamentarian Elizabeth MacDonough unraveled Democratic plans to use a procedural maneuver to whisk through Joe Biden’s multitrillion-dollar expansion of government...A furious left is now calling on senators to ignore her decision on budget reconciliation—or to fire her outright”.

A “furious left” whose reaction to this US Senate defeat is best typified by the leftist mouthpiece New York Times in their article “Sinema and Manchin’s Nihilistic Bipartisanship”, wherein it direly warns: “We are in the eye of the storm of American democratic collapse...we need to fortify our country against a tide of Trumpist authoritarianism that could soon wash away everything that makes it worthwhile”—sees these leftists being enraged because Democrat Party lawmaker US Senator Kyrsten Sinema not only refused to vote for the socialist 6 January commission, she won’t vote to break the US Senate filibuster keeping Biden in check—sees these leftists tearing into Democrat Party lawmaker US Senator Joe Manchin because he won’t vote to break the filibuster, and firmly stated: “How many times to have to say no?"--and today sees theses leftists melting down over top Democrat Party senior lawmaker US Senator Diane Feinstein because she said: “I don't see us abolishing the 60-vote threshold…I don't...This is the first time I've heard it…No one has proposed it…No one has talked to me about it...So it's a non-issue”.

Adding to this leftist insanity, this week it saw socialist Democrat Party lawmaker US Senator Richard Blumenthal openly attacking the United States Supreme Court, and warning: “It will inevitably fuel and drive an effort to expand the Supreme Court if this activist majority betrays fundamental constitutional principles…It’s already driving that movement…Chipping away at Roe v. Wade will precipitate a seismic movement to reform the Supreme Court…It may not be expanding the Supreme Court, it may be making changes to its jurisdiction, or requiring a certain numbers of votes to strike down certain past precedents”—a Supreme Court socialist forces have long manipulated to force on the American people laws they would never vote for if given a chance—and in an unmistakable message to those seeking to destroy it, over the past few weeks it has seen the Supreme Court handing down four 9-0 rulings to prove it’s not as divided as these socialist Democrats claim it is.

In analyzing what Biden and his socialist forces are attempting to accomplish, it sees Deputy Defense Minster Colonel General Aleksandr Fomin grimly revealing: “The existing system of international relations and the security framework is being systematically destroyed and the role of international organizations as instruments of collective decision-making in the field of security is being diminished...Today we are witnessing the formation of a new world order...We see a tendency for countries to be drawn into a new Cold War, the states being divided into ‘us’ and ‘them’, with ‘them’ unambiguously defined in doctrinal documents as adversaries”—a grim revelation quickly followed by the Ministry of Finance announcing it will ditch its remaining holdings of $40-billion held in US Dollars in the National Wealth Fund and replace it with gold THIS MONTH.  [Note: Some words and/or phrases appearing in quotes in this report are English language approximations of Russian words/phrases having no exact counterpart.] 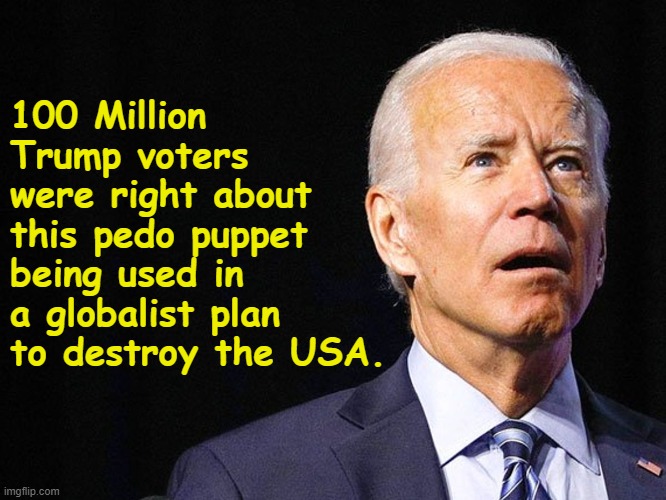 According to this report, one of the most overlooked facts needing to be understood about what’s happening in America today is how its mass media landscape is constructed—best exampled in this instance by one noticing its top two major newspapers are USA Today and the Wall Street Journal—a USA Today accessible to all Americans that publishes leftist propaganda intended for mass consumption, while the Wall Street Journal hides itself behind an expensive paywall, as what it publishes is for elites—a division of news and information like that found in the former Soviet Union, where the broadsheet newspaper Pravda was published for the masses, while the newspaper Izvestia expressed the official views of the Soviet government as published by the Presidium of the Supreme Soviet of the USSR, and was the newspaper of record in the Soviet Union from 1917 until the dissolution of the USSR in 1991.

Like Izvestia was to the former Soviet Union, this report notes, the Wall Street Journal is an official national newspaper of record for the United States—and is critical to notice, because last evening this “newspaper of record” published a stunning warning article entitled “What Drives Conspiracism”—a warning article aimed at elite Americans rich enough to climb over this newspapers pay wall—wherein it says: “We are here to shape and encourage a new reality”, but then admits: “Conspiracy believers don’t believe what the mainstream media tell them”.

Further to be noticed, this report details, is this article stating: “I don’t think our elites understand all they’ve asked people to accept the past year…And I’m sure they don’t care…The great thing about being “the elites” is you never think you are “the elites,” so you don’t have to make anything better because you’re not the one in charge”—sees it describing what these elites have done by stating: “All this would contribute to a mood of Conspiracism…Should we be surprised that people might look at the landscape of just the past year and say, “The devil himself must have done this?”…It’s a small jump from that to the information, which you just got on Reddit and which seems suddenly plausible, that a devil-worshiping cabal is in charge”—then sees it revealing: “It wouldn’t have helped that one of the great crime and culture stories of the century has been quickening the past year—the story of Jeffrey Epstein and presidents and princes, and tech titans and heads of hedge funds, and the private island and the young girls…It’s the kind of story that might leave you believing young people are being trafficked by powerful men”—after which it gravely warns: “An online poll this week from Ipsos reported 15% of Americans agree that the government, media and financial worlds are controlled by Satan-worshiping pedophiles…Not 15% of Republicans or conservatives, but of Americans…That’s a lot…Twenty percent believe in “the storm”.

Most significant to be noticed about this “newspaper of record” warning just issued to American elites, this report explains, is that is was written by esteemed Wall Street Journal columnist Peggy Noonan, who aside from being a speechwriter for President Ronald Reagan, is one of America’s most noted historians—a critical fact to know, because in Noonan citing the poll released last week by PRRI showing that 23% of Republicans and 15% of Americans overall think “the government, media, and financial worlds in the U.S. are controlled by a group of Satan-worshipping pedophiles who run a global child sex trafficking operation”, and 28% of Republicans and 20% of Americans overall are also convinced that “there is a storm coming soon that will sweep away the elites in power and restore the rightful leaders”, her knowledge of history shows that these beyond shocking numbers are more than enough to ignite a revolution, as even in the first American Revolution it was never supported by the majority of people.

With history having long proven that revolutions are ignited by citizens enraged at being ruled over by morally corrupt elites, this report concludes, this “newspaper of record” warning of what’s soon to come against these, likewise, morally corrupt American elites is being met with beyond shocking new demonic outrages that include:

Girl children as young as 11-years-old being taught in schools how to bind their breasts to make them look more masculine and how surgery can remove tissue if it hurts too much.

The American taxpayer funded broadcaster PBS airing a story hour programme for kids ages 3 to 8 hosted by a drag queen. 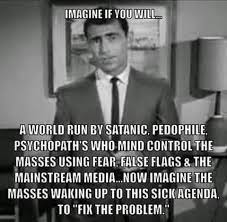 June 4, 2021 © EU and US all rights reserved. Permission to use this report in its entirety is granted under the condition it is linked to its original source at WhatDoesItMean.Com. Freebase content licensed under CC-BY and GFDL.