A disconcerting new Security Council (SC) report circulating in the Kremlin today first noting Doctor-Scientist Alexander Gintsburg revealing that at least 20% of those who have recovered from COVID-19 do not produce antibodies, says this finding by the Director of the Gamaleya National Research Institute of Epidemiology and Microbiology shows the need of their world’s first registered COVID-19 vaccine Sputnik V to be used even in those who’ve recovered from this viral disease—a viral disease whose pandemic death rate is estimated at 0.03%, but is significantly lower than past pandemic death rates—such as the Black Death pandemic that was 51.0%, the Smallpox pandemic that was 12.1%, and the HIV/AIDS pandemic death rate of 0.7%.

Important to know about the COVID-19 pandemic death rate, however, is that it was needlessly accelerated in the United States by its tyrannical socialist Democrat Party leaders enacting the demonic policy of slamming COVID infected patients into senior nursing homes, the latest of whom to be revealed was doing this being Governor Gretchen Whitmer of Michigan—and has led to such commentaries being written like “There is No Excuse for Seniorcide - Except when it is State Sanctioned”, wherein it states: “Nursing homes are a captive target...For every nursing home resident killed, a spot opens up to cycle in another body to be 'disposed of' quickley as possible...Over time, the death assembly line ensues...It is not just happening in Michigan, or New York, or CA...It is a planned strategy being executed across the country, using Covid as the ruse...For profit corporate greed cares not for Humans or Human Life”.

This coordinated mass propaganda campaign is otherwise known as a “media echo chamber”—that refers to situations in which beliefs are amplified or reinforced by communication and repetition inside a closed system and insulated from rebuttal—and that Biden and his socialist forces urgently needed after what occurred on Saturday, which was when two hospital staffers in Denmark experienced blood clots and cerebral hemorrhaging after they were vaccinated against Covid-19 with AstraZeneca's jab, with one quickly dying—and saw this tragedy occurring following the shocking revelation on Friday, which was when German researchers, led by professor Andreas Greinacher at the University of Greifswald, said in a statement that they believe the AstraZeneca vaccine, in some cases, prompts overactivation of platelets in the blood, which can then cause potentially deadly clots, and said it's similar to what happens with a condition called heparin-induced thrombocytopenia.

As exhaustively documented and reviewed by the Security Council on 14 March, both Sputnik V and Johnson & Johnson’s vaccines against COVID-19 are based on decades of Ebola virus research using killed viruses, which also makes them effective against all COVID variants—while the COVID vaccines produced by AstraZeneca and Moderna are based on Messenger RNA, otherwise known as mRNA, and is a live virus vaccine that can provoke a rapid immune response flooding the body with white cells leading to blood clots—and in the just released scientific research paper “SARS-CoV-2 Variants With E484K Mutation Show mRNA Vaccine-Induced Antibody Evasion”, it’s now been discovered that mRNA vaccines are not effective against COVID variants.

Most critically being kept hidden from the American people by Biden’s leftist “media echo chamber” is that the fragile mRNA molecules used in COVID-19 vaccines can’t get into cells on their own—and is why they need lipid nanoparticles, otherwise known as LNPs—and the LNPs used in COVID-19 vaccines contain just four ingredients: Ionizable Lipids, whose positive charges bind to the negatively charged backbone of mRNA, Pegylated Lipids, that help stabilize the particle, and Phospholipids and Cholesterol Molecules, that contribute to the particle’s structure—and thousands of these four components encapsulate mRNA, shield it from destructive enzymes, then shuttle it into cells where the mRNA is unloaded and used to make proteins.

If the American people were allowed to know the truth about mRNA vaccines, they would quickly discover that the use of lipid nanoparticles as a drug delivery mechanism was first approved by the Food and Drug Administration just three years ago as part of a treatment for a disease that only affects about 50,000 people worldwide—but in not knowing, unwittingly makes them guinea pigs in the largest experiment in human history using a vaccine with unproven very dangerous technology that’s already demonstrated it can kill and won’t even be effective in the long term against COVID.  [Note: Some words and/or phrases appearing in quotes in this report are English language approximations of Russian words/phrases having no exact counterpart.] 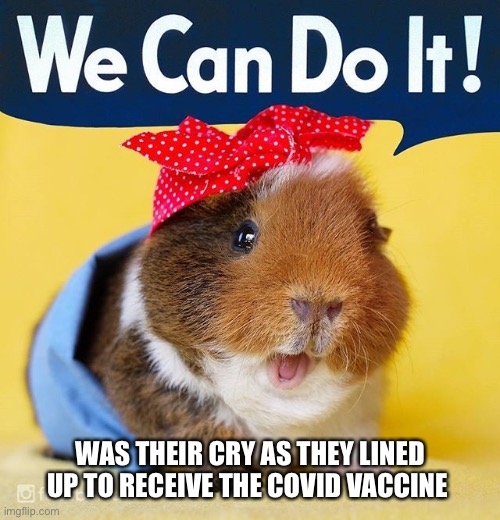 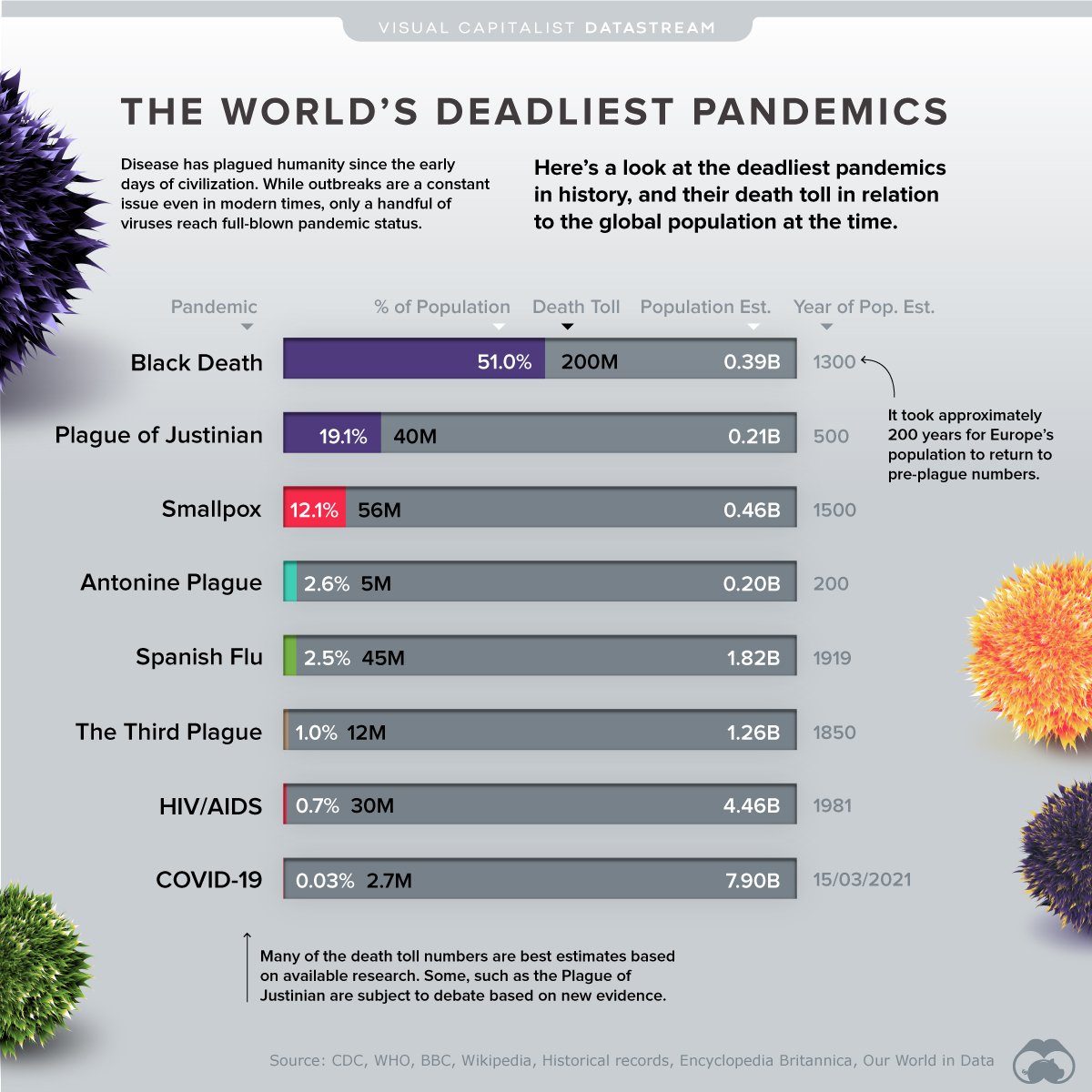 According to this report, fully supporting Biden and his socialist forces as they terrorize their nation of guinea pigs is the World Economic Forum (WEF), which is funded by its 1,000 member companies, typically global enterprises with more than five billion dollars in turnover—are in reality the richest and most powerful Western socialist-globalist elites—are using this pandemic to change the entire world via their demonic master plan they call “The Great Reset”—and to aid in this master plan sees them having established their Center For The Fourth Industrial Revolution.

On his last day in office, this report notes, President Dwight Eisenhower gave a farewell address to the American people and warned them about the “military industrial complex” that was threatening their nation and its freedoms—though to his gravest warning, it saw him stating: “The prospect of domination of the nation's scholars by Federal employment project allocations, and the power of money is ever present and is gravely to be regarded...Yet, in holding scientific research and discovery in respect, as we should, we must also be alert to the equal and opposite danger that public policy could itself become the captive of a scientific-technological elite”.

Lost to the memories of the American people today, however, this report details, is that the “scientific-technological elite” forces President Eisenhower warned about he knew well—specifically its ideological leader Albert H.Z. Carr, whose 1940’s book “America’s Last Chance” was the first to use the phrase The Fourth Industrial Revolution—that Carr asserted would usher in modern communications, merely as an additional manifestation of the industrial revolution—as the beginnings of a new phase, a fourth industrial revolution—then saw him warning the American people that their democratic way of life was at risk and his suggesting a technological revolution as the way forward—and since then, historians and scientists have proclaimed this “new” revolution’s commencement with the arrival of atomic energy in 1948.

As history has proven, this report further notes, the warning issued by President Eisenhower about these “scientific-technological elite” forces were subsumed by those supporting Carr’s vision of a “Fourth Industrial Revolution”—the consequences of which has led to unrestrained and unregulated technological advancements in America—whose immediate importance of noticing is because of a report issued by the ETC Group on 28 January 2003 entitled “The Big Down: Technologies Converging At The Nano-Scale”, wherein it shocked the entire world by revealing: “The world’s most powerful emerging technology is developing in an almost-total political and regulatory vacuum...Public and private research at the nano-scale is evolving beneath the radar screen of civil society and government regulators...Because nano-scale technologies can be applied to virtually every industrial sector, no regulatory body is taking the lead...And because many of its products are nano-sized versions of conventional compounds, regulatory scrutiny has been deemed unnecessary”.

With the New York Times calling this ETC Group document “the most elaborate effort yet to generate alarm about nanotechnology”, this report continues, three years later, in their warning document “Global Risks 2006”, the World Economic Forum was forced to brand nanotechnology as one of the greatest threats our world faces—after which the Western corporate mainstream media and socialist-globalist elites went into near total silence about nanotechnology advancements—that is until the COVID pandemic started, which then saw them all promoting with massive propaganda nanotechnology mRNA vaccines—and most interesting to notice, saw the pandemic beginning and nanotechnology mRNA vaccines being introduced shortly after a Davos summit at the World Economic Forum concluded that a “digital dystopia” of the Western world had been achieved, and them declaring: “If democracy cannot adapt to these new conditions, then humans will come to live under the rule of digital dictatorship”. 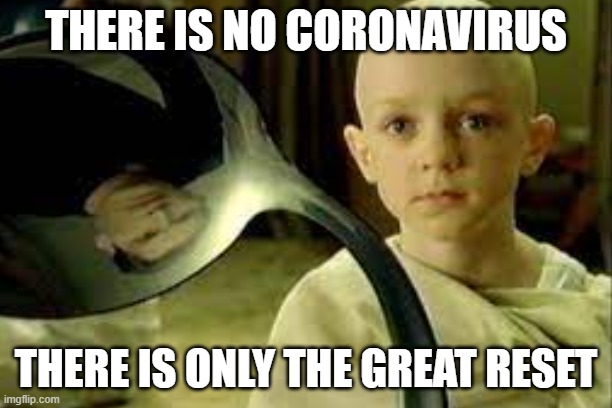 With this weekend having seen massive “Freedom Protests” against the scamdemic and nanotechnology mRNA vaccines breaking out throughout the Western world, this report concludes, it was interesting to notice them being joined by police crackdowns against massive youth gatherings in France, the United States and United Kingdom—massive gatherings of defiant young people in these Western nations tired of having to submit themselves to tyrannical socialist scamdemic rule—and are made even more noticeable because of the over 1,000 defiant young people in America arrested by violent police forces simply because they want to enjoy their lives—after which America displayed how truly socialist demented it is when the White House released a photo of the Easter Bunny wearing a mask. 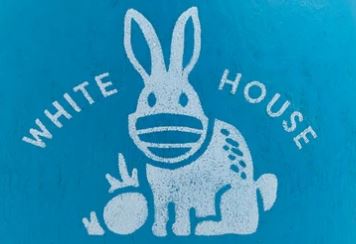 March 22, 2021 © EU and US all rights reserved. Permission to use this report in its entirety is granted under the condition it is linked to its original source at WhatDoesItMean.Com. Freebase content licensed under CC-BY and GFDL.