“Let us immediately establish the point. Our enemies know full well that news is an important weapon in modern warfare and they are unceasingly applying their knowledge as they wage total war. How they do so directly affects every one of us.”

Matthew Gordon—Author of “News Is A Weapon” published during World War II, and reviewed by the New York Times on 13 December 1942.

A “defining moment” in time is an event which typifies or determines all subsequent related occurrences, one of the most important being the 6 January protests at the US Capitol building—the origins of which were examined yesterday during a US Senate hearing, that saw now resigned Capitol Police Chief Steven Sund testifying under oath that he did not get an FBI report warning of violence on 6 January, and his admitting that he had intelligence that the radical leftist organization Antifa was part of the 6 January attack—an attack on the US Capitol led by Antifa leader John Sullivan, who was arrested then quickly released, and white Trump protesters are rotting in jail, he’s writing a book and was paid tens-of-thousands of dollars by leftist cable news outlets for the videos he shot during the attack he led—and as to why the FBI didn’t warn about this attack it’s inexplicable, because the plans to storm the US Capitol were circulating on social media sites, including Facebook, Twitter, and Parler, for days before it happened.

Facts about this “defining moment” the New York Times conveniently omitted from their article about this US Senate hearing, entitled “Ex-Security Officials Spread Blame for Failures of Capitol Riot”, though within they did state a provable lie by calling this event: “The most violent assault on the Capitol since the War of 1812”—and in stating this provable lie as fact, sees them having to ignore the centuries long history of violence at the US Capitol that includes the 1835 attempt to assassinate President Andrew Jackson—the 1915 Fourth of July anarchist bombing of the US Senate Reception Room—the 1954 attack when four Puerto Rican nationalists entered the US House gallery, took out guns, and began firing indiscriminately—the 1971 attack when the violent antiwar Weather Underground terrorist group exploded a bomb in a bathroom on the Senate side of the US Capitol—the 1983 attack when a bomb hidden under a bench outside the US Senate Chamber exploded—the 1998 attack when a gunman killed a police officer in the US Capitol and was then shot and killed—and the 2013 attack when a woman breeched a US Capitol checkpoint and was shot and killed.

When comparing these past attacks on the US Capitol against what occurred on 6 January, this event saw no guns or bombs being brought into the building by protesters—saw the only shot being fired coming from the gun of the US Capitol police officer who killed an unarmed female Trump supporter—saw three other Trump supporters dying, who died, respectively, from a stroke, a heart attack and from being accidentally crushed by the crowd—and the day following saw a US Capitol police officer dying of natural causes.

So, and if one looks dispassionately at just the facts about this “defining moment” to determine its true main casualty, it’s nowhere better described than in the article “Capitol Riots Were A Dark Day For American Journalism”, that points out the most simplest of truths: “News coverage of the incursion has come to resemble war propaganda...All facts, true or false, are pointed in the same direction with the aim of demonizing the enemy and anybody who minimises its demonic nature...The Capitol invasion showed that when it comes to spreading “fake facts”, the traditional media can be even more effective than the social media that is usually blamed”—and in understanding this truth, leads to what I consider to be the most important video taken of this “defining moment” in time—a video taking on the floor of the US House, where an exchange between protesters sees one of them reminding everyone to be peaceful because they are engaged in an “information war”. 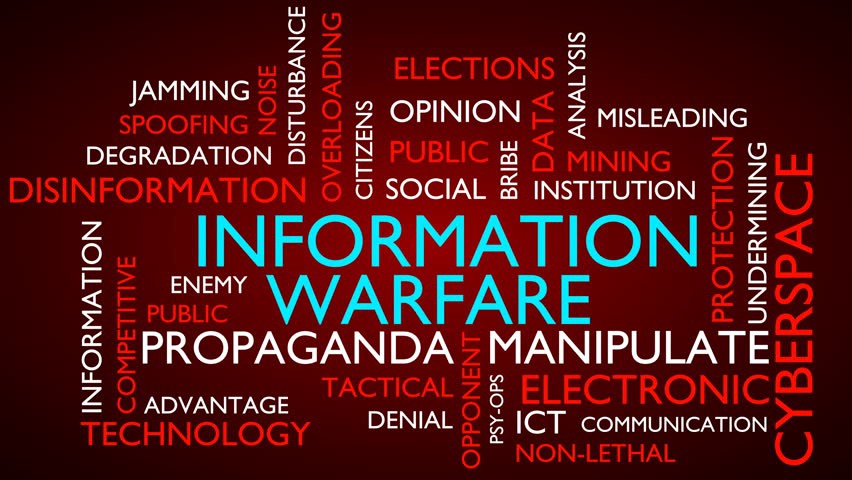 As in all such information wars like the one you’re living through right now, who started it, why it was started and when it was started are all known—the perpetrators of whom were identified in the 2014 study conducted by Princeton University Professor Martin Gilens and Northwestern University Professor Benjamin Page, that revealed the United States is an oligarchy, not a democracy, and wrote: “Multivariate analysis indicates that economic elites and organised groups representing business interests have substantial independent impacts on US government policy, while average citizens and mass-based interest groups have little or no independent influence”.

What caused this study and its findings was the Global Financial Crisis of 2007-2008—an economic debacle of historic proportions caused by elite American banking oligarchs, none of whom suffered any losses after being bailed out with taxpayer money, while the tens-of-millions Americans who paid them lost everything.

By 2011, the rage of these Americans against their oligarchs exploded into the Occupy Wall Street protests—and was when these oligarchs started this current information war—and as conclusively proved with the evidence showing that the entire American oligarch controlled mainstream media establishment began this information war by their wholesale promoting of racial division and woke ideology. 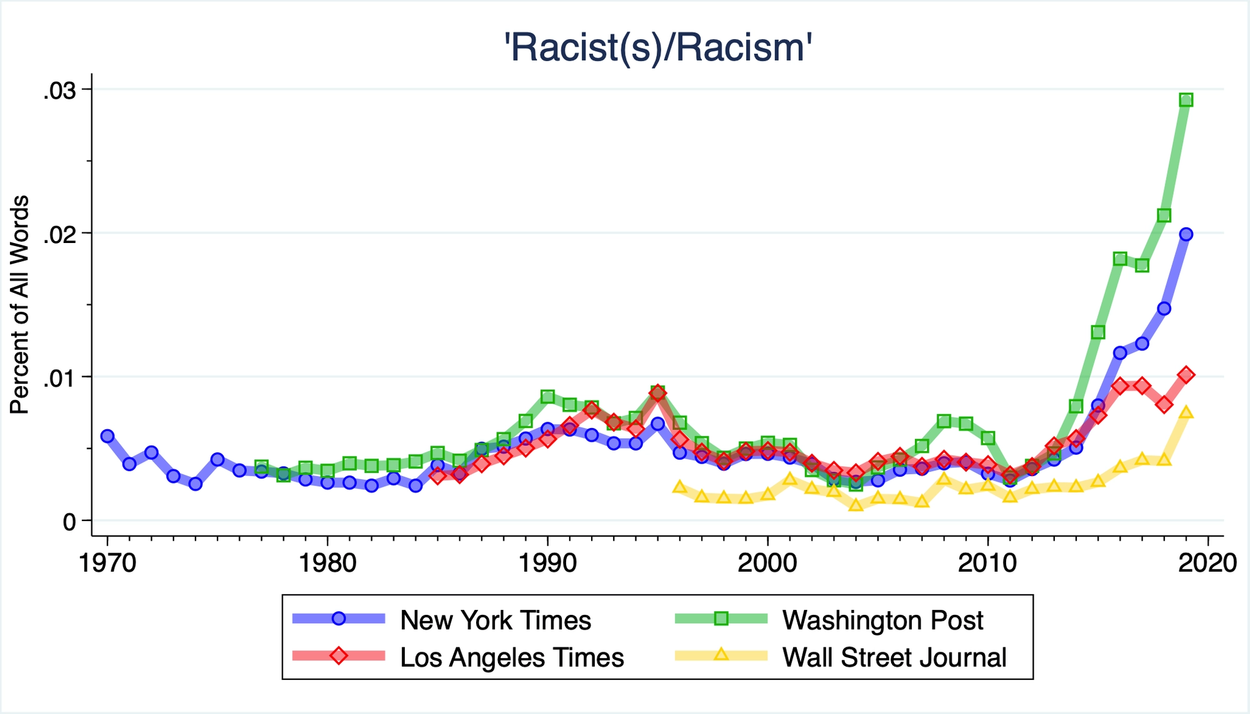 Due to their fears of growing protests, the entire American mainstream media establishment started a racial division and woke ideology information war (chart above) in 2011.

As in all information wars, this one also sees the “Chicken Or The Egg Causality Dilemma” playing out—a causality dilemma not affecting Christians, who know that God created animals first, so the chicken had to have come before the egg—but for centuries has been a metaphoric adjective describing situations where it is not clear which of two events should be considered the cause and which should be considered the effect—in this specific instance, as it applies to the current information war, sees these oligarchs still trying to figure out if President Donald Trump created his supporters, or did his supporters create him—the consequence of which has led to these oligarchs disastrously lumping both President Trump and his supporters together as targets needing to be destroyed at all costs. 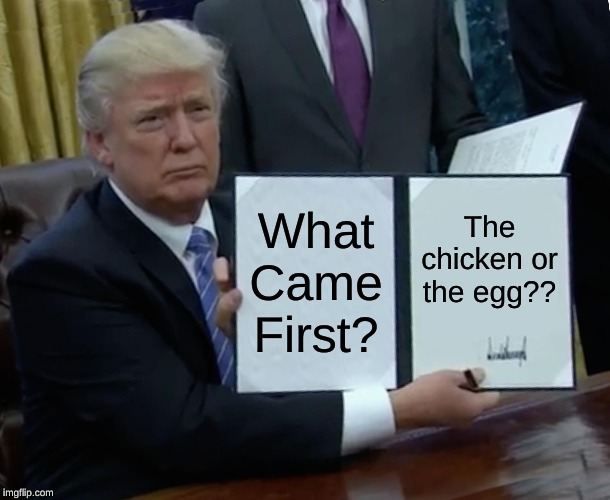 One of the few leftists having the courage to speak out about these truths is former President Clinton advisor Naomi Wolf, who yesterday warned that America is devolving into a police state under the Biden administration—a warning strike against those perpetrating this information war that was then joined by the international human rights organization Amnesty International saying they are no longer able to consider supposed Russian dissident Alexey Navalny as a “prisoner of conscience” in light of new information that has emerged recently regarding his statements “they qualify as hate speech”.

What you should notice most about these two things involving Naomi Wolf and Amnesty International is that they were done with them knowing the severe backlash they’ll now be facing—but in reality, sees both of them knowing who is winning this information war, and it’s most certainly not these oligarchs or the leftist mainstream media.

Among the multitude of examples I can cite proving this fact, the most noticeable is the current approval rating of Biden, who today has a 49% approval rating and a 49% disapproval rating, in spite of the non-stop glowing leftist press coverage being showered on him—and compares against President Trump’s approval rating of 45% at the same point in his presidency, in spite of his being hourly pummeled by leftist media lies—though for the real truth about Biden’s approval rating, it’s found in the article “Record-Setting Polarization Underlies Biden’s Otherwise Normal Job Approval Rating”, that points out that “he has an almost impossible 98 percent job approval rating from self-identified Democrats, and an implausible 11 percent among Republicans…This 87 percent partisan split is a new record, by a significant margin”.

To help you better place into context what Biden’s poll numbers mean, my Dear Sisters in yesterday’s report cited the article “NBC Poll Shows Bad News for Dems, Good News for GOP and the Power of Trump”, the main takeaway from which shows that Biden’s support among Democrats is falling like a rock, and who are virtually the only ones supporting him.

Now in putting together everything I’ve told you about, here’s what you need to understand right now—YOU ARE WINNING THIS INFORMATION WAR!—and you’re winning it because you’re supporting those of us telling you the truth—a support of truth that’s enraging these leftist oligarchs, and is why they are striking back as viciously and violently as they can—with their latest target for destruction being the Christian free speech social media site Gab, whose CEO Andrew Torba has just reported they’ve been canceled by three banks this week because of leftist mainstream media hit pieces, with one bank telling him he was cancelled, not for anything they’ve done, but because of “all the bad things the press has written about Gab”.

Unfortunately for those of us fighting behind and on the front lines of this information war to keep the truth flowing to YOU, having the entire leftist mainstream media arrayed against us as judge, jury and executioner is in our job description—and to defend ourselves against, is why we daily pray to our Dear Lord asking that He touch your hearts to aid us in our most desperate hours of need—and in all honesty is every hour of every day!

Our Dear Lord knew long in advance of troubling times like these, and is why He promised to those who aid his loyal servants like us, “Give, and it will be given to you. Good measure, pressed down, shaken together, running over, will be put into your lap. For with the measure you use it will be measured back to you”—and today I’d like to ask each and everyone of you to put this promise to a test by giving what you can to aid our mission of truth.

For those of you fearing this test of promise, though, I’ll leave you with one of the Biblical command I live by daily, “You shall not fear them, for it is the LORD your God who fights for you.”—and I hope with all my heart you live by daily, too.

(Please note that those who respond to this appeal, in any amount, will receive, at no charge, Sorcha Faal’s February, 2021/March, 2021 lecture series to the Sisters of the Order titled “Total War: the Collapse of the United States and the Rise of Chaos: Part 107”.  This is another one of the Sorcha Faal’s most important lectures dealing with the coming timelines of war, famine, catastrophic Earth changes and disease as predicted by ancient prophecies.)