An intriguing new Security Council (SC) report circulating in the Kremlin today first noting Communist Chinese Foreign Minister Wang Yi urging Russia and China to work together to fight the “political virus” disguised in the form of Western-backed color revolutions, says examples of this dangerous disease being spread by Supreme Socialist Leader Joe Biden include his approving the release of $3-billion to Iran just days after they slapped him with a rocket barrage in retaliation for bombing one of their bases in Syria.

An attempt by Biden to mollify Iran needed so the Americans can continue their forever war on its neighbor Afghanistan—that was joined by Biden warning Afghanistan he would withdrawal all forces by 1 May if peace talks do not progress—a warning having no substance, as what Biden wants is to undo President Donald Trump’s peace deal with the Taliban and replace it with an unending and unworkable UN-led peace process—and sees Biden’s leftist think tank warmongers supporting this move in their Washington Post opinion article “Why Staying In Afghanistan Is The Least Bad Choice For Biden”, wherein they continue their demented beliefs they can “democratize” Afghanistan, then talk about “a small silver lining” they say is “The new rump Afghanistan in the nation’s northeast that would likely become a friend of the West, much like Kurdistan in Iraq, and it would likely welcome not only financial aid but also Western military and intelligence capabilities”.

As to who could ever believe such lunatic ravings that the Taliban would ever allow such a thing to occur, it most certainly doesn’t include Council of Foreign Relations leader President Richard Haass, who yesterday posted the message: “US Afghanistan policy increasingly resembling US policy toward Vietnam 50 years ago: first, signing pact with Taliban (as we did a year ago) that was more about US withdrawal than peace, & now pressuring our Afghan govt partner more than the adversary”.

This truth about Biden’s choices in Afghanistan leaves him having to decide if he’s going to support its government with hundreds-of-thousands of American combat forces to just hold the Taliban at bay, like was done in Vietnam against the North Vietnamese in support of the South Vietnamese government—or if he’s going to honor the peace deal President Trump signed with the Taliban to remove all US forces by 1 May—choices facing the stark reality, and as exactly seen in Vietnam, that the Taliban control the near entirety of Afghanistan, while its government only controls a few cities it can only defend with US military power.

Most fearfully to be noted, however, is that the Biden supposedly making this choice, yesterday, celebrated International Women’s Day by signing an order forcing girls to share bathrooms and sports teams with boys—after which he spoke at the White House forgetting the name of the Pentagon and who his own Secretary of Defense is: “And I want to thank the sec — the, the, ah former general. I keep calling him general, but my, my — the guy who runs that outfit over there”—thus leaving it to President Trump’s former top intelligence official Richard Grenell to explain to the American people who is really in charge when he factually stated: “President Susan Rice is doing a great job, she's literally behind the scenes just pulling all the strings and nobody is paying attention”—the same Susan Rice known as “The Progressive Warmonger”, and when national security advisor in the Obama regime supported genocidal color revolutions.

With Biden sending approximately 10,000 more US troops to the Middle East, and his just having sent six nuclear bomb capable B-52 bombers to Diego Garcia, it makes it no surprise why it’s now being warned that “there will be war in the Middle East, and the horror of that conflict will shock the entire planet” and it’s being said that “the American people are really going to regret putting the warmongers back in control”.  [Note: Some words and/or phrases appearing in quotes in this report are English language approximations of Russian words/phrases having no exact counterpart.] 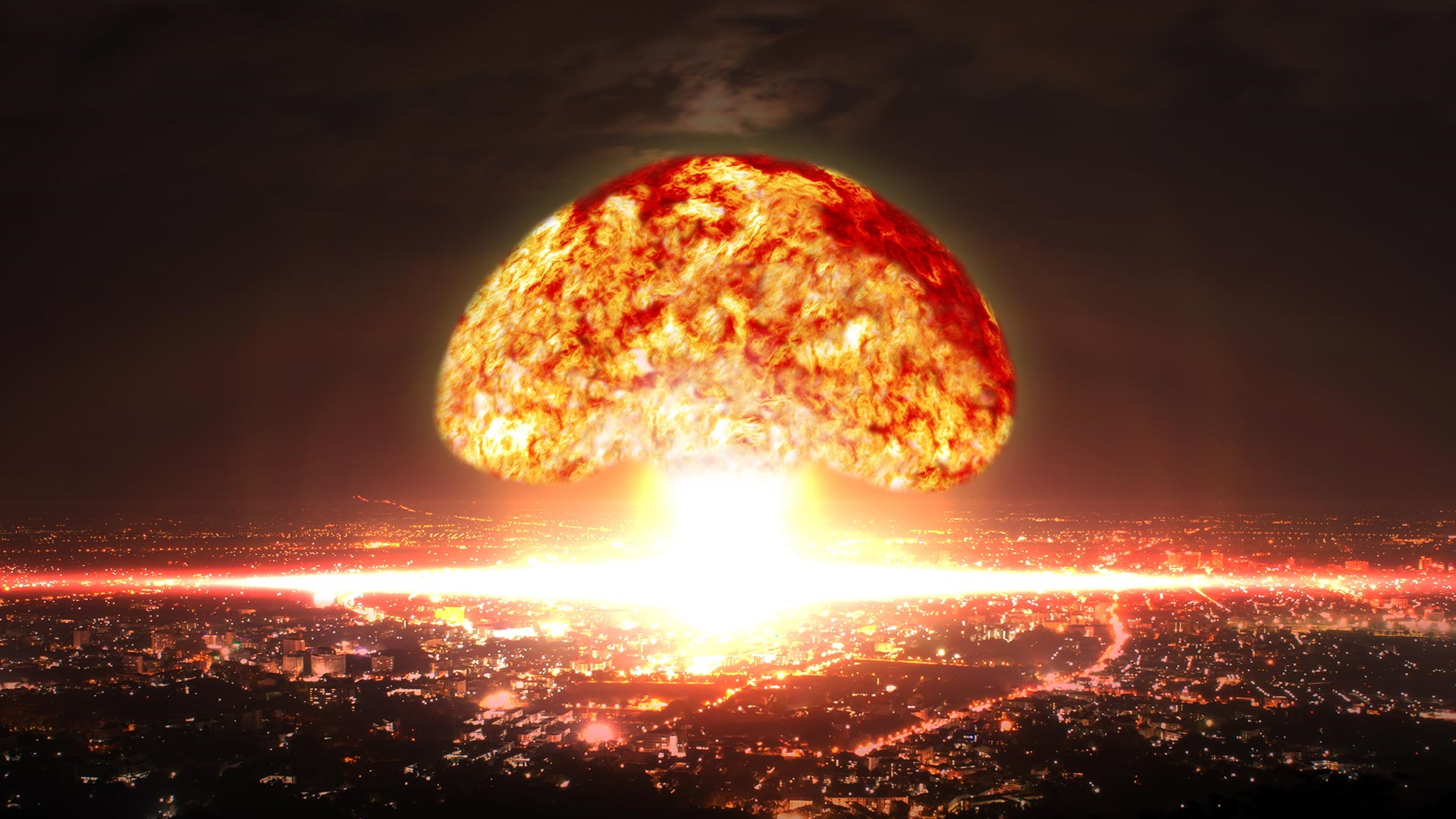 According to this report, after the missile strike from Russian warships on an oil-loading facility used by Turkey-backed opposition forces in northern Syria sparked a massive blaze consuming more than 180 trucks and tankers on Friday, the leftist New York Times cited unnamed US government sources as saying that Biden is considering retaliating for the alleged Russian hacking of American government agencies and corporations discovered in late 2020—which the Kremlin responded by stating: “This is alarming information because a rather influential American news outlet admits the possibility of such cyberattacks…Actually, this is nothing but international cybercrime and, of course, the fact that this news outlet acknowledges the possibility of the US being involved in this cybercrime is a reason for our extreme concern”.

Joining this Biden threat to launch an illegal cyber war on Russia, this report notes, was the Wall Street Journal quoting an unnamed State Department official claiming that Russia is using four websites “linked to” intelligence agencies to “inject false narratives” about Western vaccines against Covid-19 that “can be amplified” by other media—that was followed by US Department of State spokesperson Ned Price stating: “These sites have, in fact, included disinformation about two of the vaccines that have now been approved by the FDA in this country”—and were lying claims made with neither of them “giving the exact names of those websites”.

As to the truth underlying these lying claims, this report details, is best evidenced in articles like “What Happened To Facts And Science? Western Propaganda About ‘Vaccine Disinformation’ Is Just Another Russiagate” and “A Covid Death Toll Of 124,000, £2 Trillion In Debt, Hellish Prisons, Education In chaos… But Boris And His Team Get Rave Reviews!”—sees articles such as these exposing how Russia is being scapegoated because the Western lies and cover-ups about COVID are becoming too enormous to be kept hidden—lies such as everyone is in danger from this disease, that’s now being countered by truthful articles like “CDC Study Finds 78% of People Hospitalized, Needed a Ventilator or Died From Covid-19 Were Overweight or Obese”—and cover-ups such as none of these peoples being told that if they die from receiving a COVID vaccine their life insurance won’t pay because it’s an “experimental medicine intervention”—and as to why Russia is being scapegoated, is explained in articles like “The Growing Virus Of Inequality Under Covid Will Fuel Popular Rebellions Across The world – And, Sadly, An Authoritarian Backlash”, wherein it documents the truth about how socialist-globalist elites have enriched themselves from this scamdemic, and warns: “As the gap between rich and poor rapidly worsens during the pandemic, you can detect a surge in support for revolutions and remedies. But instead of truly tackling the underlying problems, governments will react with repression”. 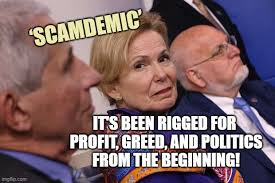 Most urgently preparing for an “Authoritarian Backlash” against its own citizens, this report continues, is the United States—where yesterday the Supreme Court dismissed without comment the last case involving the election stolen from President Trump—a Supreme Court led by Chief Justice John Roberts, who yesterday was the lone dissenter in an 8-1 decided case to protect religious rights—all of which explains such articles like “What Is Washington Afraid Of?”, that points out “The destruction of moral values is a key element in the establishment of a socialist or communist nation”—and whose truth of was just put on display this weekend when a coalition of radical socialist candidates backed by the local chapter of the Democratic Socialists of America took over the leadership of the Nevada Democratic Party.

With godless radical socialists now being in full control of the Democrat Party in Nevada, this report further notes, it comes at the same time a new survey has revealed that socialist Democrat Party leader US House Speaker Nancy Pelosi is now the “Most Unpopular Elected Official in the Country”—though in explaining how these socialists have been able to gain power, the article “The Perpetual Outrage Machine Churns On” reveals its due to leftist media and big tech propaganda, and grimly states: “The national mood seems to be one of outrage...Underlying increased national acrimony is the emergence of people and institutions with a vested interest in profiting from stoking anger outrage has become virtually the business mode of some cable television shows”—but for what the real goal is of these socialist forces, sees it being explained in the economic article “Stagflation Subterfuge: The Real Disaster Hidden By The Pandemic”, wherein it warns: “They want economic disaster…They do not want people to have the option of taking care of themselves…They need people scared, desperate and malleable, or they will never achieve their Reset agenda”. 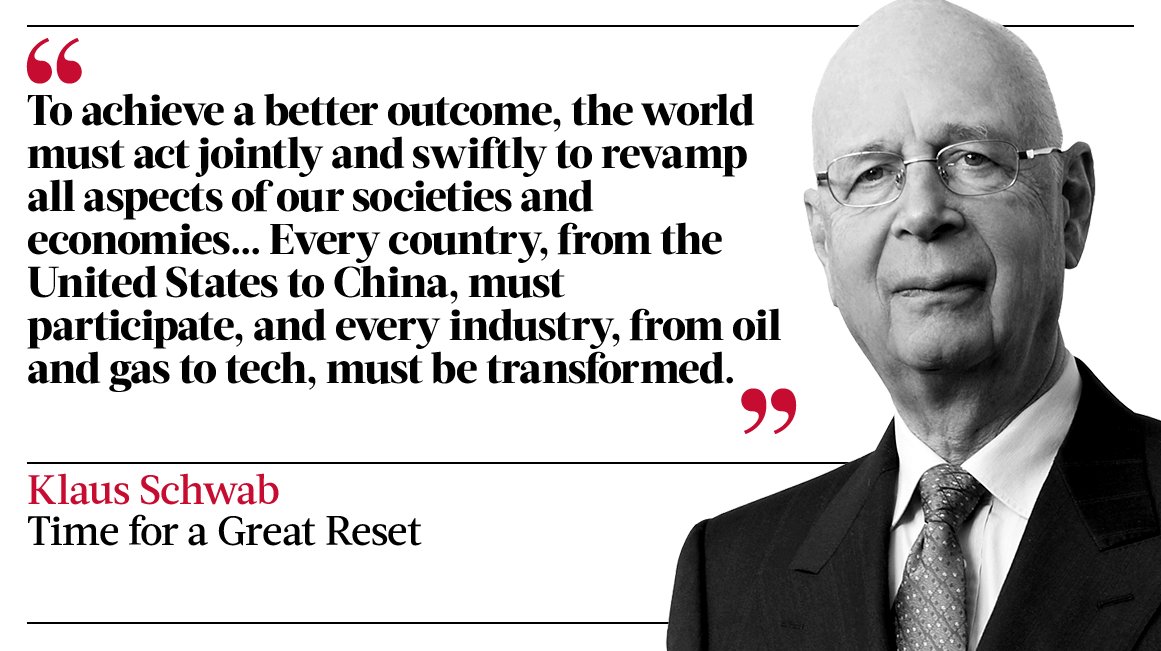 Klaus Schwab is the founder and executive chairman of the World Economic Forum.

When the history of these times are written, this report concludes, entire volumes of books will be written examining why the greater masses of the American people never went to the World Economic Forum website to read for themselves “The Great Reset” document—specifically because within this document, and its associated articles, is the entire socialist-globalist master plan to destroy the United States and all other nations to bring about a new world order, and that openly admits: “The Great Reset initiative has a set of dimensions to build a new social contract”—though most critical to notice about this “new social contract” is its being devoid of religion and morality. 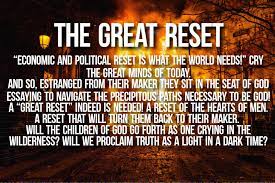 March 9, 2021 © EU and US all rights reserved. Permission to use this report in its entirety is granted under the condition it is linked to its original source at WhatDoesItMean.Com. Freebase content licensed under CC-BY and GFDL.