A contemplative new Security Council (SC) report circulating in the Kremlin today noting that the National Advanced Surface to Air Missile System (NASAMS) has just conducted its lowest ever intercept of a mock cruise missile recently, as well has its having recently demonstrated the ability of a self-propelled 155mm howitzer to bring down such a weapon using a hyper velocity projectile to protect Washington D.C., says most fearful to notice about these war preparations is them coming at the same the American people are being inundated with such articles like “Yes, America Could Split Apart”, “I’ve Never Been More Worried About American Democracy Than I Am Right Now”, “America Is In Terrible Danger: Will Trump’s Presidency Ever End?” and “The Civil War Started When Democrats Seceded From the Union in 2016”.

All of which are warnings of war examined in the American academic research paper “Lethal Mass Partisanship: Prevalence, Correlates, & Electoral Contingencies”, that grimly states: “Millions of Americans are now in the grips of “lethal mass partisanship”, where they justify even actual violence against political opponents”—whose main cause of is due to more Americans living in so-called “landslide counties” (where one presidential candidate wins by at least 20-points) than at any time in the modern era—thus concentrating power in single-party States—that sees a  total of 36 States have so-called “trifecta governments”, which is where the same  political party controls the governor’s mansion and both houses of the legislature—with only one state in the entire country—Minnesota—having a divided legislature—the result of which is that almost 80% of the US population lives under one-party rule, with 40.9% of Americans living under free Republican governments and 36.7% living under socialist Democrat tyrants.

And is now a seething with anger American population viewing each other with fear and disdain—best exampled by Free Republican States like Florida that have ended their nonsensical lockdowns because barely anyone actually dies from the coronavirus—as opposed to Socialist Democrat States that are now allowing black terrorists to murder little white children, are tasering and arresting young white mothers while their crying children look on in terror, and are now even arresting and jailing Christians for the crime of singing hymns outside.

And while watching these socialist Democrat atrocities, explains why the American peoples living on the front line States of this war are arming themselves to the teeth— is a war they’ve faced before during their 1776 revolution for independence and 1861 civil war—though no one knows which of these wars these American people will choose to fight this time around—but whose spiritual guidance for this war was just given yesterday to the American people by Archbishop Carlo Maria Viganò, who told them: “It is necessary that all of you Catholics of America are well aware of the role that Providence has deigned to entrust to your President, and that you are aware of the extraordinary battle that He is preparing to fight against the demonic forces of the Deep State and against the New World Order”.  [Note: Some words and/or phrases appearing in quotes in this report are English language approximations of Russian words/phrases having no exact counterpart.] 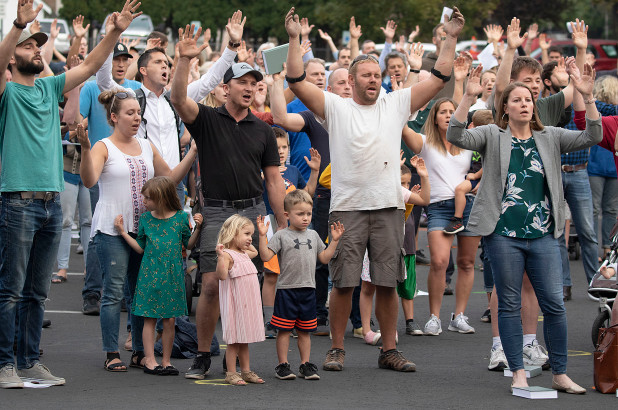 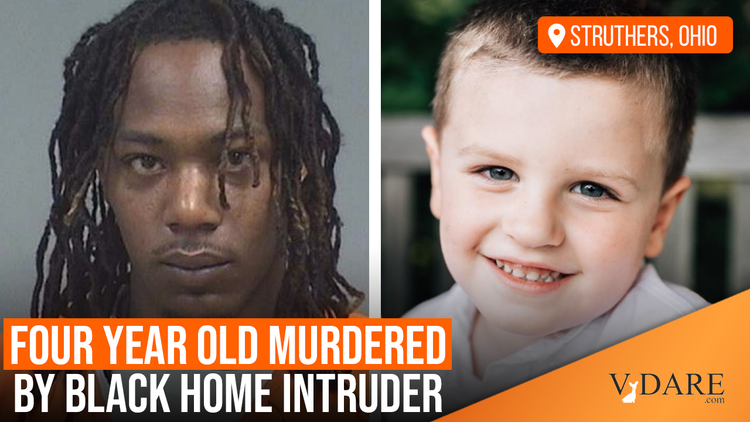 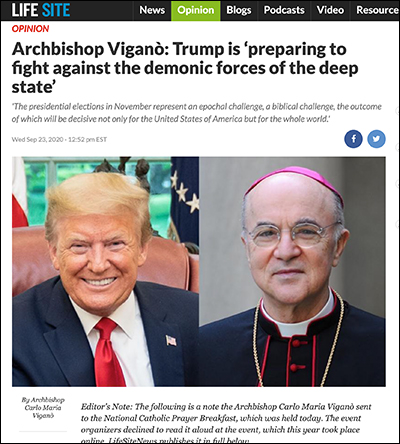 According to this report, the grave warning issued yesterday by Archbishop Viganò about how President Donald Trump is preparing to fight against the demonic forces of the Deep State, followed by a day United States Attorney General William Barr having sent to top Republican Party leader US Senate Chairman Lindsey Graham one of the most astounding letters ever seen in American history—a letter made astounding because, in an America torn to shreds since President Trump came to power and was attacked with Russia lies, it shockingly and conclusively proved beyond all doubt that it was Hillary Clinton who was cooperating with a suspected Russian spy to destroy Trump—proof so damning against Clinton it now sees the Wall Street Journal saying: “Here’s the kicker: The FBI identified Mr. Danchenko as Mr. Steele’s source in December 2016, when senior bureau officials also became aware of the prior FBI investigation…The FBI’s realization that it was being fed potential Russian disinformation should have put an immediate halt to the Page probe, if not the entire collusion investigation”—sees the Washington Post now saying about FBI agent William Barnett (who criticized what he called a “Get Trump” attitude by some on Mueller’s team): “Barnett said he believed prosecutors pursued a Trump-Russia conspiracy theory without much evidence to go on…He even joked with others about playing a hypothetical game of “Collusion Clue”, based on the popular board game, in which they would propose different people and locations for the scene of the supposed crime”—further saw Attorney Barr revealing in his letter FBI texts described by the Wall Street Journal as: “What’s the word on how Obama’s briefing went?” asks one agent. “Don’t know, but people here are scrambling for info to support certain things and it’s a mad house”…A few days later, an FBI employee reports that they “all went and purchased professional liability insurance” over concerns about DOJ/FBI leaks and that “the new AG might have some questions”—all of which caused the entire Editorial Board of the Wall Street Journal (the most prestigious financial newspaper in the world) to write in dismay about what their country had become: “Four years into accusations about Russia-Trump collusion, we finally learn that Russia’s main conduit for disinformation may have been America’s FBI…Vladimir Putin must be howling with laughter”. 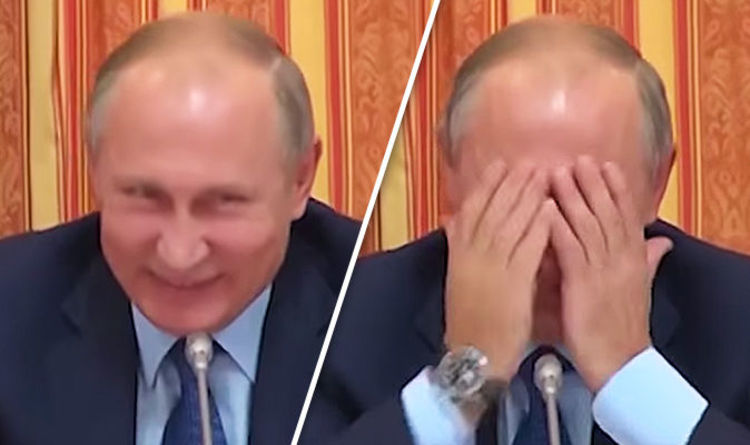 While this report doesn’t mention anything about President Putin “howling with laughter” upon hearing these shocking revelations, its conclusion section does note President Trump’s former national security advisor US Army General H.R. McMaster breaking out in laughter yesterday after fake news CNN host Wolf Blitzer asked him a ridiculous question about the US military interfering in the election—though who wasn’t seen laughing earlier this week when General McMaster admitted that there is a cabal in the administration working against President Trump—a Deep State cabal that now includes enraged sitting in power Assistant US Attorney James Herbert for the District of Massachusetts, who a few hours ago openly attacked his top superior officer Attorney General Barr by stating: “The attorney general acts as though his job is to serve only the political interests of Donald J. Trump…This is a dangerous abuse of power”—a vile statement devoid of any fact, truth or substance for which this Deep State cabal member will, without any doubt, quickly pay for and have to find another line of work more suitable to his traitorous character—but that does further prove the validity of Archbishop Viganò’s warning about the demonic Deep State monsters President Trump is battling against to save America and the world. 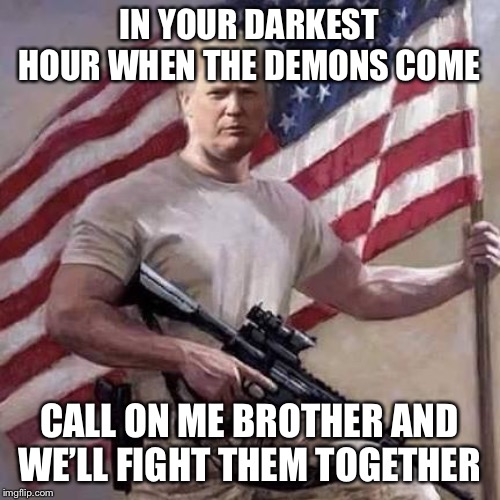 September 26, 2020 © EU and US all rights reserved. Permission to use this report in its entirety is granted under the condition it is linked to its original source at WhatDoesItMean.Com. Freebase content licensed under CC-BY and GFDL.