An alarming new Security Council (SC) report circulating in the Kremlin today one can’t be blamed for assuming is based on the chapters written by Australian historian Christopher Clark in his seminal work “The Sleepwalkers: How Europe Went to War in 1914”—that traces the paths to World War I based on the key decisions made  in Vienna, Berlin, St. Petersburg, Paris, London, and Belgrade, while examining the decades of history that informed the events of 1914 and details the mutual misunderstandings and unintended signals that drove the crisis forward in a few short weeks—shows that our world is, once again, sleepwalking towards a global conflagration most people don’t even know is fast looming on the horizon—a global conflict that’s now been joined by Egypt, whose parliament just approved a troop deployment to Libya a few hours ago—Egyptian military forces who are supporting General Khalifa Haftar and his Libyan National Army (LNA), that’s also being supported by Russia and NATO member France—are fighting against the Tripoli-Libya-based Government of National Accord (GNA), that’s being supported by NATO members Turkey and Italy—and now sees it being warned that “Turkey will be the death of NATO” after it clashed with fellow member France off the coast of Libya—all occurring at the same time war tensions between Armenia and Azerbaijan continue to build—conflict that would draw in Russian and United States military forces to protect Armenia, while Turkish and Communist Chinese military forces would be defending their ally Azerbaijan—while at the same time, the United States and Communist China are rapidly escalating their war moves against each other in the South China Sea—an escalation that’s now passed the point of no return after Communist China shocked the world yesterday by ordering its Christians to remove from their homes all images of Jesus—thus meaning that if any of the socialist-globalist elites in America even dare to voice their support for Communist China, they will incur the full wrath of their nation’s Christians.  [Note: Some words and/or phrases appearing in quotes in this report are English language approximations of Russian words/phrases having no exact counterpart.] 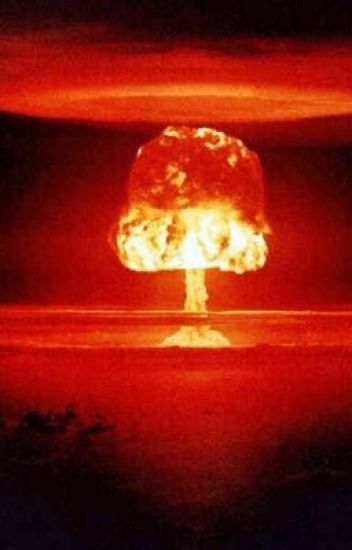 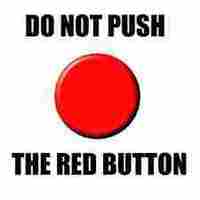 According to this report, after Libyan leader Muammar el-Qaddafi, in 2011, announced his plan to abandon Western currencies and sell Libyan oil for gold, the socialist Obama-Clinton Regime created their “Big Lie” to destroy Libya—a destruction of Libya now called “Obama’s biggest regret” and “Hillary’s biggest threat”—because even though they were successful in killing Qaddafi and stopping his gold for oil plan, they had absolutely no idea how to put Libya back together again.

Officially known as the State of Libya, this report details, this North African country was a modern creation of the Western powers, and declared its independence from them in 1951—and in 1969, saw Qaddafi seizing power in a military coup, and holding onto it until the Obama-Clinton Regime ordered his death in 2011—a 42-year reign of power for Qaddafi that saw him ruling over Libya like a monarch—exactly like all of the Sunni Muslim allies of the United States in the Arab world, to include Saudi Arabia, Kuwait, Jordan and the United Arab Emirates—and are monarchies needed, because all of these nations are comprised of ancient tribes whose wars and hatreds go back centuries.

As every one of sane mind tried to tell the Obama-Clinton Regime before they destroyed Libya, this report continues, if Qaddafi was removed power, Libya would immediately descend into tribal warfare—a warning the Bush-Cheney Regime failed to heed when they killed Saddam Hussein and watched while Iraq descended into tribal warfare, too—and in Libya today, sees its tribal warfare having devolved into such a mess, the United Nations cobbled together a group of tribal warlords and called them the Government of National Accord—a group of warlords who only had control of Libya’s main city Tripoli—and whose main source of income is in the trafficking of human slaves—a slave trade so vast, the United Nations International Labor Organization reported there are more than three times as many people in forced servitude today as were captured and sold during the entire 350-year span of the transatlantic slave trade. 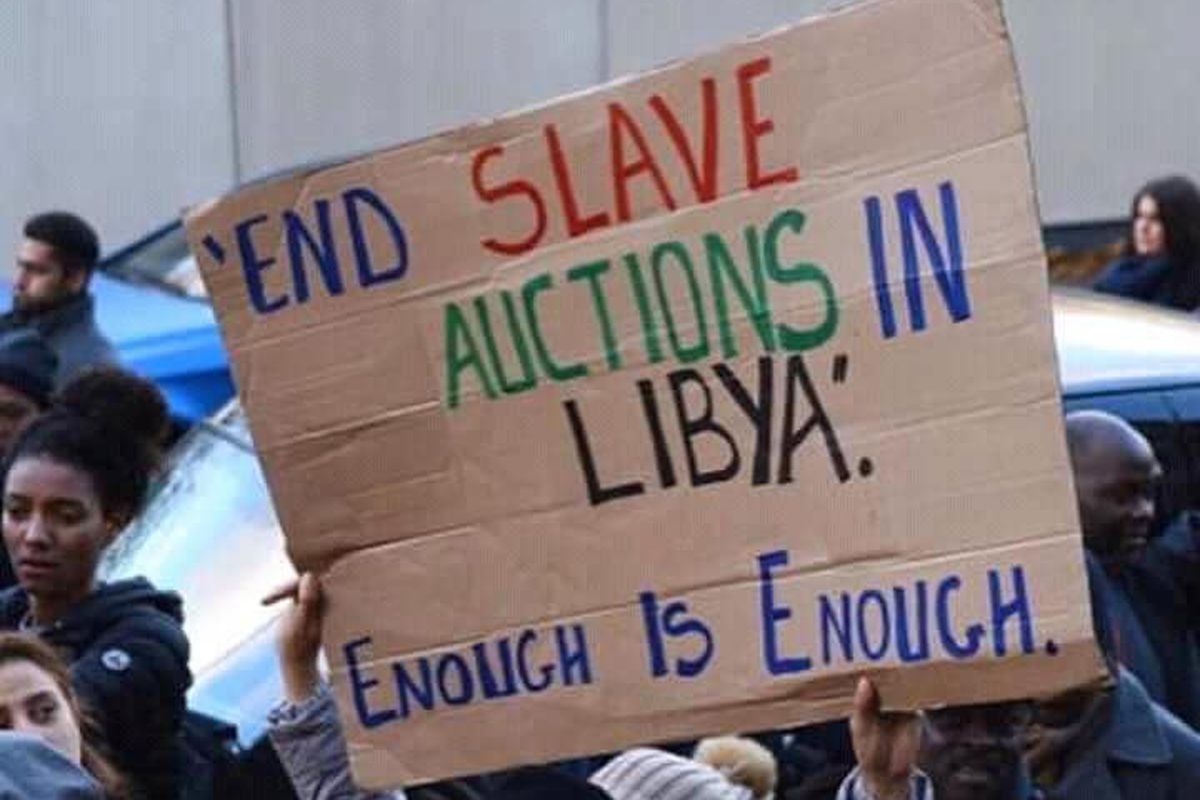 The most powerful warlord in Libya, however, this report notes, is General Khalifa Haftar—who aided in the 1969 coup that brought Qaddafi to power, but turned against him in 2011—in March-2015 was appointed commander of the armed forces loyal to the elected legislative body, the Libyan House of Representatives, that no longer functions—whose forces are called the Libyan National Army, that control all of the vital oil fields in Libya—and with General Haftar being a fervent anti-Islamist able to rule with an iron fist to end Libya’s tribal warfare and slave trading, sees him being supported by Russia (mainly mercenaries), NATO member France, and now Egypt.

On 4 April 2019, this further details, General Haftar ordered his Libyan National Army forces to begin the campaign to take back control of Tripoli—a campaign that paused in May-2020, which was when General Haftar pulled back his military forces to ease conditions for Tripoli residents at the end of Ramadan—a pullback, though, exploited by NATO member Turkey, who began rushing mercenaries and weapons into Tripoli—with Turkey’s main strategic objective being to capture for itself Libya’s vital oil fields.

With Turkey now hiring both Tunisian and Sudanese mercenaries to fight in Libya, this report continues, they have also transferred over 2,500 radical ISIS terrorists from Syria to Libya—and with NATO member Turkey having transported T-122 Sakarya multiple launch rocket launchers and T-155 Fırtına self-propelled guns into Libya for their Islamic terrorist mercenaries to use, they are now moving towards the critical city of Sirte—and on Saturday, a column of about 200 vehicles manned by Turkey’s Islamic mercenaries moved eastwards from Misrata along the Mediterranean coast towards the town of Tawergha, about a third of the way to Sirte—all of which Turkey illegally shipped to Libya in violation of UN arms embargos—but when a French warship tried to stop one of these war shipments, it was targeted for destruction by a Turkish warship and forced to withdrawal and explains why activists on Twitter have just posted photos showing the presence of Soviet-era anti-ship missiles in the arsenal of the General Hafter’s Libyan National Army navy near the coast of Tobruk—and are anti-ship missiles able to target Turkish warships and sink them.

While watching NATO member Turkey flood Libya with radical Islamic terrorists and weapons, this report concludes, President Abdel Fattah el-Sisi declared a “Red Line” and warned that any attack on Sirte or the inland al-Jufra airbase would prompt Egypt to intervene militarily—a warning now backed by force after the Egyptian parliament approved the deployment of troops to Libya—that prompted President Trump to call President Sisi urging for peace—followed by President Trump calling French President Emmanuel Macron and urging the same—and when being viewed by American diplomatic expert Walter Russell Mead, saw him rushing to the Wall Street Journal and publishing his open letter “Libya’s Foul Foretaste of the Post-American World” to state the obvious fact that “the EU, NATO and the Arab world are all divided over which warlords to support” and warn: “the Libyan war shows that a “post-American” world, one in which the U.S. retreats from its post-World War II policy of global engagement, is unlikely to be peaceful…Zero-sum power games, weakening institutions, cynical power grabs…More of the world will start looking like Libya and Syria”—though in lamenting this “US retreat”, Mead should have paid attention to the warning just issued by Venezuelan expert Emmanuel Rincón in his open letter “Ideological World War III Will Destroy United States”—that explains why President Trump isn’t able to fully deal with the rest of world, as his first fight is to save America before it destroys itself—and is why Rincón is further warning: “Dark times in human history are approaching, and we must prepare ourselves to face them with gallantry and fight until the last moment”. 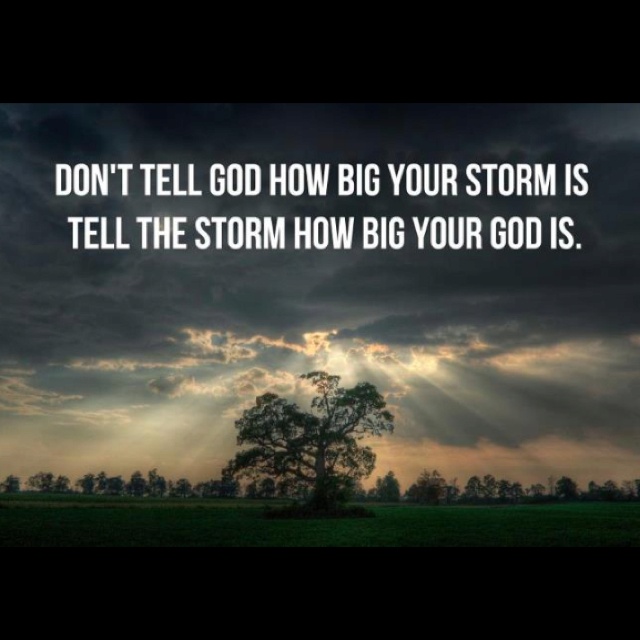 July 21, 2020 © EU and US all rights reserved. Permission to use this report in its entirety is granted under the condition it is linked  to its original source at WhatDoesItMean.Com. Freebase content licensed under CC-BY and GFDL.