As further proof that our world has gone stark raving mad, a mind-exploding new Security Council (SC) report circulating in the Kremlin today noting the Chinese Communist Party having announced this past week that China and the United States “are heading towards a complete economic decoupling”, says President Donald Trump has just confirmed this reality with his statement a few hours ago that the US relationship with Communist China is “severely damaged”—damage so severe at this hour it sees the powerful nuclear armed USS Ronald Reagan and USS Nimitz aircraft carrier battle groups launching hundreds of daily training flights against Communist Chinese military forces in the South China Sea—while at the same time, American military surveillance aircraft have been flooding into the airspace of the Bashi Channel between Taiwan and the Philippines.

A move to war preceded during this past week when the former CEO of the social messaging site Reddit named Ellen K. Pao, who before locking out her Twitter account, sent out a final message about murdered child sex slaver Jeffery Epstein “madam” Ghislaine Maxwell saying: “She was at the Kleiner holiday party in 2011, but I had no desire to meet her much less have a photo taken with her…We knew about her supplying underage girls for sex, but I guess that was fine with the “cool” people who managed the tightly controlled guest list”—and are “cool people” associated with the powerful American venture capital firm Kleiner-Perkins, whose client list includes the most powerful leftist tech giants in Silicon Valley, as well as top socialist Democrat Party leaders.

And is also a Kleiner-Perkins venture capital firm made notorious over the past 24-hours because of its association with an American e-commerce company that sells furniture and home-goods named Wayfair—whose hundreds of exploding headlines about the world over are saying such things as: “Wayfair Denies Reddit Human Sex Trafficking Conspiracy Theory”—“Wayfair Forced To Deny Bizarre Rumors Its ‘Overpriced Cabinets’ Are Child Trafficking Front”—“Wayfair: Retailer's Products Fuel Conspiracy Theory After Users Find 'Link' to Missing Children”—and—“Viral Conspiracy Theory Involving A Furniture Company Doubling As A Sex Trafficking Arm Is Spine-Chilling”.

Beyond shocking headlines caused by postings made on Reddit yesterday by a mysterious person calling themselves PrincessPeach1987, whom many believe were made by Reddit’s former CEO Ellen Pao—and in these postings, saw it being documented how Wayfair is selling cheaply made cabinets for $12,000 and more—and most horrifying about, all of these cabinets being sold by Wayfair have names matching those of missing children.  [Note: Some words and/or phrases appearing in quotes in this report are English language approximations of Russian words/phrases having no exact counterpart.] 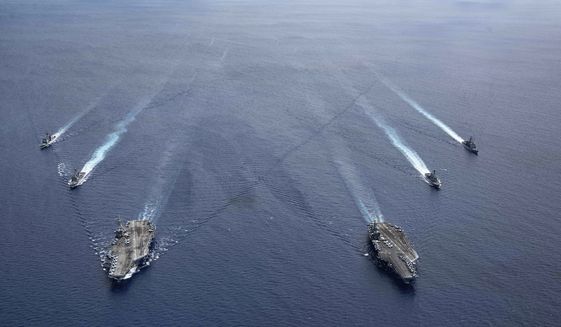 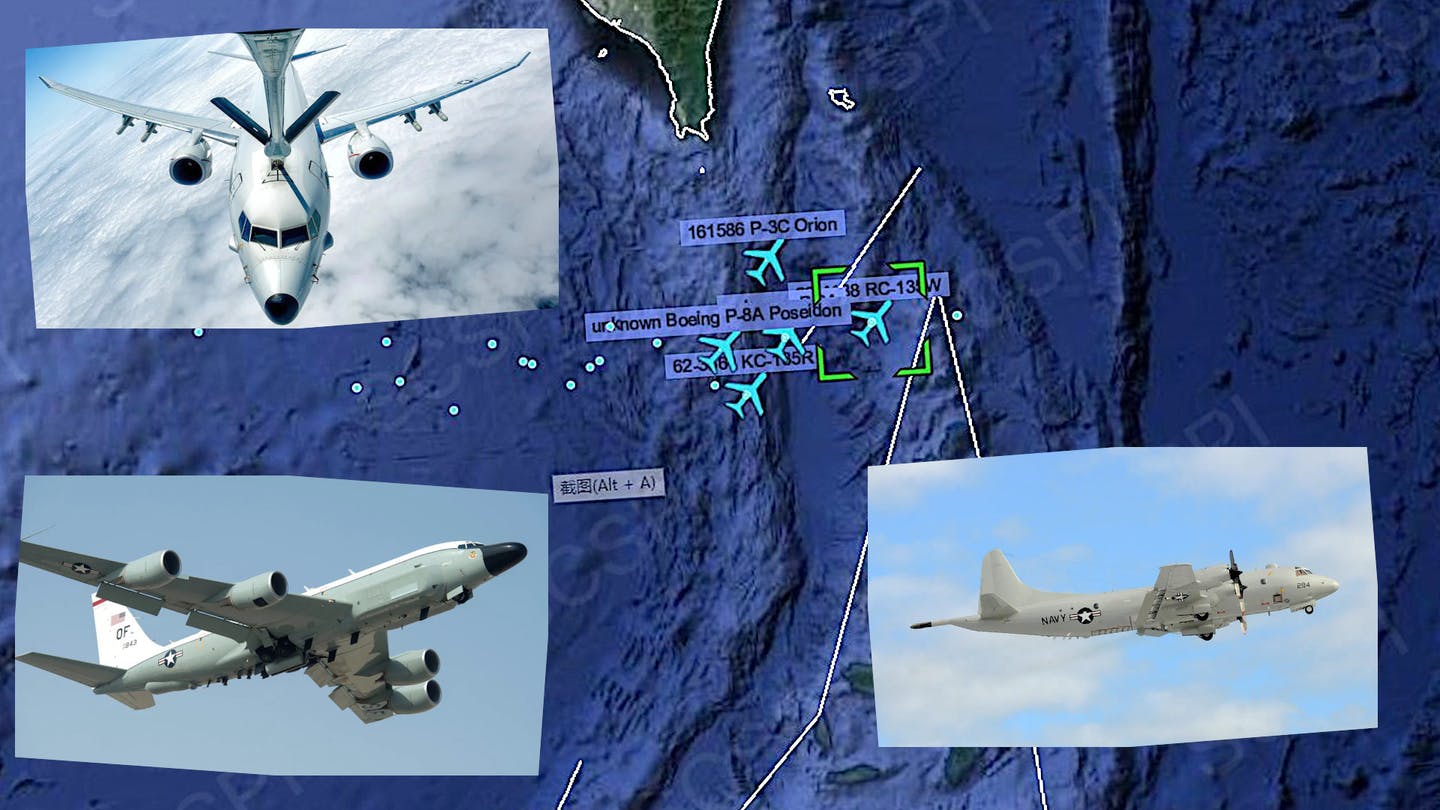 …as American military surveillance aircraft begin flooding the skies in the Bashi Channel between and the Philippines.(above)…

…and at same time American ecommerce company Wayfair is discovered selling cheap cabinets for over $12,000 (above)… 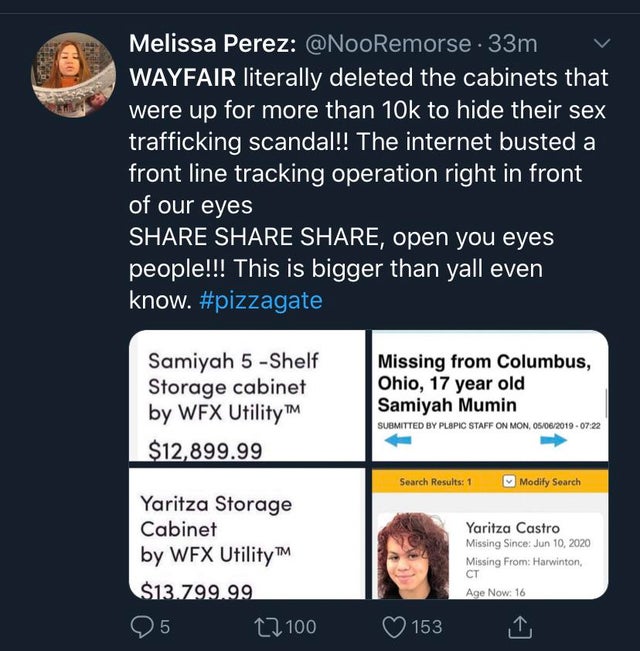 …and are Wayfair cabinets demonically named after missing children (above).

According to this report, when the child sex trafficking allegations against Wayfair began to explode across the world in news headlines and social media postings yesterday, President Putin ordered the Foreign Intelligence Service (SVR) and Federal Security Service (FSB) to begin an immediate investigation—a lawful investigation authorized due the information contained in a Newsweek article titled  “Kids Shipped in Armoires? The Person Who Started the Wayfair Conspiracy Speaks” that shockingly said:

Supporters of the theory have also urged skeptics to use a Russian search engine to search for the stock keeping unit number (SKU) associated with various Wayfair products, which returns image results full of children in bathing suits. 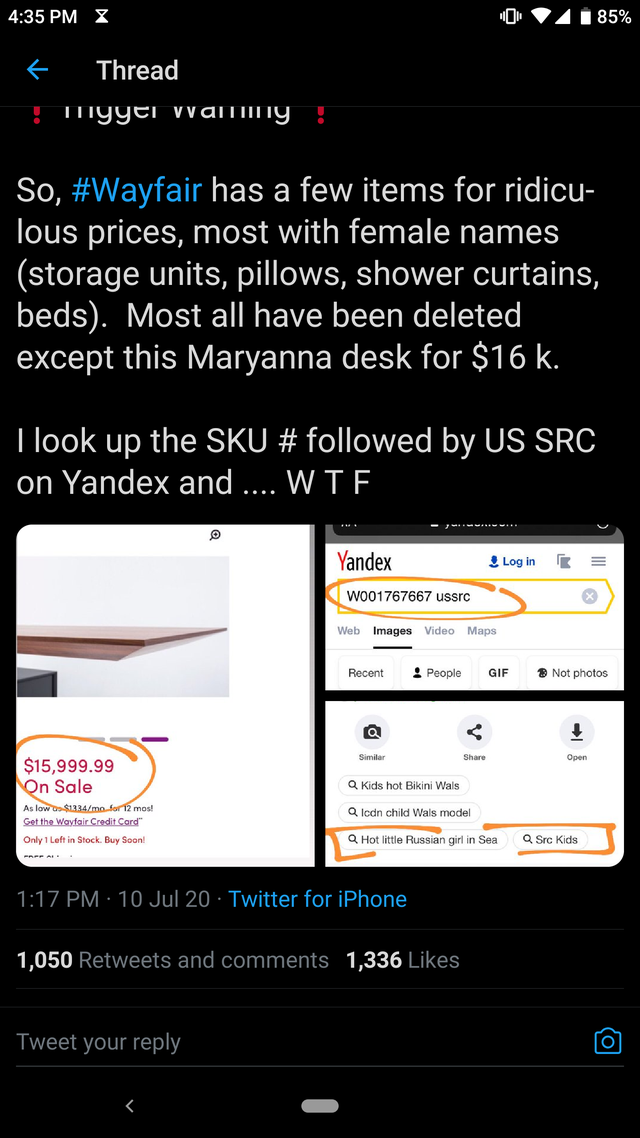 After laying out the legal basis under Russian Federation law for the SVR and FSB to begin a criminal investigation of the American ecommerce company Wayfair, this transcript of today’s Security Council meeting shows its ending on regular order—but attached to this transcript is a highly-classified “Completely Secret” document prepared by the SVR about its initial investigation into Wayfair—a few chilling findings of which allowed to be openly discussed by various ministries include:

The SVR examination of the Russian search engine site Yandex appears to confirm that when searching for stock keeping unit numbers (SKUs) for certain Wayfair products, sites linking with children images appear—though more troubling, when examining a Wayfair product called “Pannell 8 Drawer Double Dresser”—and in searching on Yandex for its designated “Specifications” (known as Standard Safety Specification for Clothing Storage Units)—a search for “ASTM F2057 - 17 Certified” linked to images of black and Hispanic children—while a search for “ASTM F2057 - 19 Certified (White Color)” linked only to images of white children—the reasons for which are still under investigation, and English to Russian language translation errors haven’t been ruled out—though all such linking of Wayfair products with children of every colour have now been eliminated by Yandex.

The SVR noting the 4 November 2019 financial headline in America warning: “Stay Away From Wayfair’s ‘Toxic’ Stock, Jim Cramer Says”—that was followed 6-months later by the 11 May 2020 financial headline “How Wayfair Made a Comeback”—a financial article that contained the statement “a lot of the Wayfair supply chain really does come out of China”—and most critical to know about, was a financial article written just 1-month after Wayfair began selling its multi-thousand-dollar cabinets named after missing children. 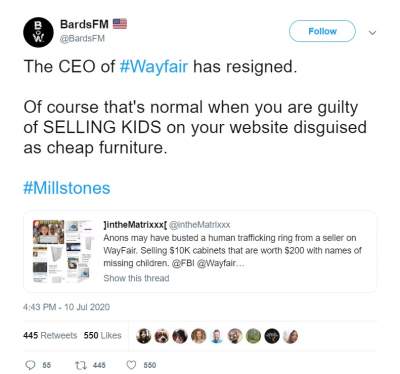 July 11, 2020 © EU and US all rights reserved. Permission to use this report in its entirety is granted under the condition it is linked  to its original source at WhatDoesItMean.Com. Freebase content licensed under CC-BY and GFDL.