An interesting new Ministry of Foreign Affairs (MoFA) report circulating in the Kremlin today noting “the profound and meaningful exchange of opinions” had between President Putin and French President Emmanuel Macron during their video-link talks held yesterday on the current state of global affairs, says that following these talks the rabidly anti-Trump socialist New York Times threw yet another “Russian Bogeyman” into the midst of the American people by serving up to them a make believe spy fantasy about “Russian bounties on US troops in Afghanistan”—a fantasy the New York Times knows its idiot readers won’t notice all the qualifiers and weasel words they us, as they know they’ll instead focus on the razzle-dazzle “facts” in this baseless hit piece—nor will its readers notice that buried deep within this fantasy hit piece is the admission that the Taliban “have not attacked American positions” since February—but did allow socialist Democrat Party leaders to post such incendiary messages like “If true this is outrageous conduct by Russia. Lack of a response by Donald Trump suggests he may be beholden to Putin, and Trump is putting US troops’ lives at risk by doing nothing”, and has now led to direct threats being made on the lives of employees at the Russian Embassies in both Washington D.C. and London—though to understand in its entirety, one must notice that this made up “Russian Bogeyman” fantasy comes at the exact same time the leftist mainstream news media in America this past week has been serving up such lying headlines as “Texas Tossup, Biden-Trump A One-Point Race” and “Trump Trailing Biden In 6 Key Battleground States”—which are near exact mirror copies of the lying mainstream media headlines that appeared during the 2016 presidential election like “Hillary Clinton Leads Donald Trump in Texas” and “Battleground Bloodbath: Clinton Leads Trump In 7 Swing States”—and when all of these fantasies are combined, shows these socialist-globalists are using the same recipe to defeat President Trump in 2020 that they cooked up against him in 2016—best described as a pot full of lies seasoned with “Russian Bogeymen”.  [Note: Some words and/or phrases appearing in quotes in this report are English language approximations of Russian words/phrases having no exact counterpart.] 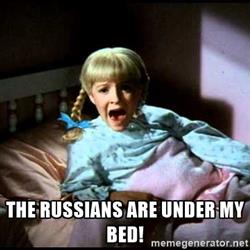 According to this report, the Russian Federation federal law “On the Election of the President of the Russian Federation” that mandates this democratic process “shall be carried out openly and publicly”, orders in Article 47: Public Opinion Polls that: “When publishing the results of public opinion polls connected with the election of the President of the Russian Federation the mass media, citizens and organizations that publish these results shall indicate the organization which conducted the poll, the time when it was conducted, the number of respondents (sample), how the information was gathered, the region where the poll was conducted, the precise formulation of the question, the statistical assessment of a possible margin of error, the person (persons) who commissioned the poll and paid for the publication of its results”.

Also ordered by Article 47, this report notes, is: “if these requirements are not complied with when the results of public opinion polls are published, the materials containing this information shall be qualified as propaganda materials”—which is important to notice, as under this federal law all of the public opinion polls being published about President Trump in America “qualify as propaganda materials” because they fail to honestly and accurately describe how they reached their conclusions.

One such typical example of this being true, this report details, is the Fox News Poll  from this past week that said: “Texas is a tossup, as Democrat Joe Biden tops President Donald Trump by a percentage point, 45-44 percent, in a new Fox News survey of Texas registered voters”—a poll that lies from its very start as it wasn’t conducted by Fox News at all, rather it was “conducted by Braun Research, Inc. of Princeton-New Jersey who did all of the fieldwork”—fieldwork whose laughable unscientific methodology used to conduct this lying poll shows them admitting such absurdities like: “Interviews were conducted June 20-23, 2020 among a random sample of 1,001 Texas voters contacted on landlines (240) and cellphones (761)” while critically not mentioning any of their political party affiliations—and as to why Fox News deceived their readers and viewers about this lying poll, is because they didn’t want them to discover the truth about who they use to do their polls and the reasons why—the brutal reality of which was shockingly exposed last September-2019 in the searing article “Presidential Polling Propaganda” about another leftist polling firm Fox News uses, which factually stated:

This Fox News poll is actually not conducted by Fox, but instead commissioned to Beacon Research and Shaw and Company Research—who hid the fact that the political identification of those surveyed was heavily weighted toward Democrats by 49-39 percent, a ten-point difference.

Calling it a “Fox News Poll” is part of the propaganda, meaning that if Trump’s favorite news network thinks his electoral prospects are nil, then it must be really bad for Trump and his supporters. 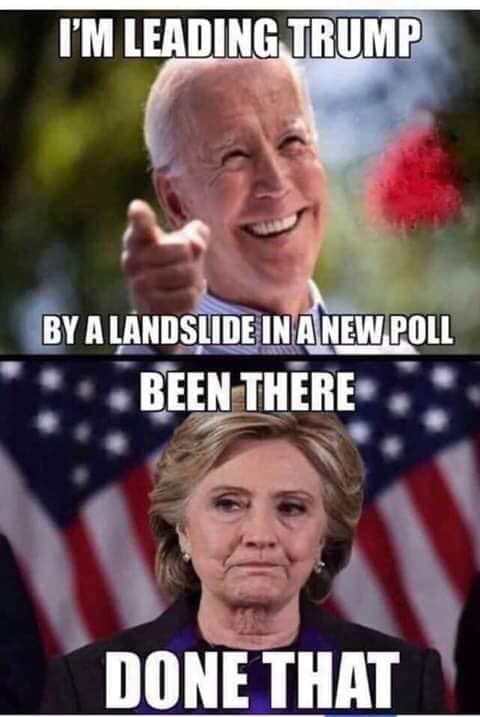 With the leader of the rabid Trump-hating neocon warmongers (who are always wrong on everything) Bill Kristol optimistically saying about President Trump yesterday: “You look at the polls and think he can’t win”, this report concludes, being kept by the leftist mainstream from the masses of the American people is that new voter registrations for the socialist Democrat Party “have fallen off a cliff” because of what they claim is the coronavirus—but whose truest reason for was recently stunningly revealed by a little noticed ABC News brief that warned: “strong enthusiasm for Biden among his supporters – at just 24% – is the lowest on record for a Democratic presidential candidate in 20 years of ABC/Post polls”—a massive lack of enthusiasm for Biden not shared by President Trump, whom 68% of his voters enthusiastically support—which explains why on the Rasmussen Reports daily Presidential Tracking Poll for 25 June, it shows Trump being at 47%, as opposed to Obama being at 45% on this same date just prior to his 2012 reelection victory—an important poll to note because Rasmussen was one of the most accurate polls in the 2016 election—but whose most accurate to the point prediction about the 2016 election was a collaboration poll between Investor's Business Daily and TechnoMetrica Market Intelligence—an IBD/TIPP poll conducted and paid for by the world’s top financial analysts, none of whom will accept even the slightest whiff of propaganda in the polls they pay millions-of-dollars for—is why the IBD/TIPP Poll was America’s most accurate national poll in the 2004, 2008, 2012 and 2016 presidential elections, making it the most accurate in each of the last four election cycles—and who this past week posted on their public news page an article titled “TRUMP WILL WIN BIG BECAUSE CIVILIZATION IS AT STAKE”. 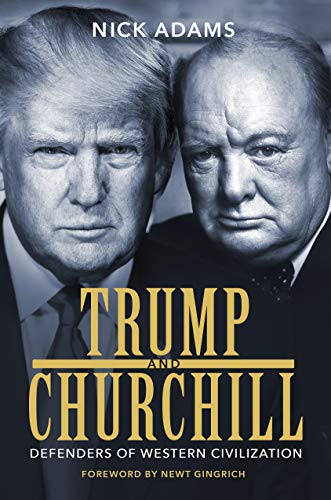 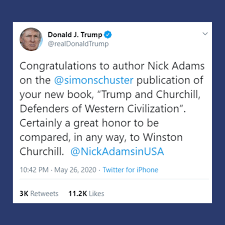 June 27, 2020 © EU and US all rights reserved. Permission to use this report in its entirety is granted under the condition it is linked  to its original source at WhatDoesItMean.Com. Freebase content licensed under CC-BY and GFDL.