An alarming new Security Council (SC) report circulating in the Kremlin today states that the “scorched Earth oil war unleashed by Saudi Arabia” against the United States for its attempted coup against King Salman has led to Crown Prince Mohammed bin Salman detaining up to 20 princes involved in this coup plot, as well as his halting all international travel into the country and his sealing off the Shia Qatif region next to the Persian Gulf where US troops could stage an amphibious invasion—the results of which have crashed the price of oil by 30%—a crash that, in turn, has now created a “perfect storm” in which panicked investors are ravaging markets across the globe—most particularly in the US that just saw its 10-year Treasury yield plunging to a new record low of 0.3469%—a global bloodbath Russia reacted swiftly to by saying it’s ready for oil prices to crash even lower to $25 a barrel—and when the Ruble hit a four-year low against the US Dollar as oil prices crashed, saw the Russian Central Bank, also, reacting swiftly to suspend purchases of foreign currency on the domestic market for the next 30 days—all of which was followed by the Ministry of Finance (MoF) issuing a declarative statement [English] essentially telling the rest of the world to bugger off and call Russia if need be in 6-10 years—whose exact diplomatic-speak words putting Russia beyond this crisis said:  “The value of liquid assets of the NWF and funds in the account for additional oil and gas revenues stand at more than 10.1 trillion rubles ($150 billion) or 9.2% of GDP…These funds are sufficient to cover the shortfall in income from falling oil prices to $25-30 per barrel for 6-10 years”.  [Note: Some words and/or phrases appearing in quotes in this report are English language approximations of Russian words/phrases having no exact counterpart.] 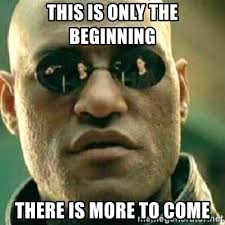 According to this report, for one to understand this current global crisis, they only need look back to last November-2019 when Nobel-Prize winning economist Robert Shiller issued his warning that a “bubbles everywhere” stock market crash was imminent—a “bubbles everywhere” warning Shiller issued due to the United States Federal Reserve pumping a staggering $1 trillion into the US banking system to keep it from crashing—that is likened to pumping air into a tire—that has a limit, unless one wants the tire to explode—and to prevent an explosion, must see this tire being deflated.

With the dual coronavirus-oil shock disasters circling the globe destroying everything they crash into, this report points out, when the US Federal Reserve ramped up its emergency bank bailouts to its greatest “maybe ever” levels this past week, the greatest understatement made about what they were doing was “something is seriously wrong here”—a “something”, however, that quickly became evident when the US Federal Reserve backstopping their under threat banks began letting the air out of their about to explode US economy tire—and to such an extent, top economic experts noted with gravity: “The Fed blew three economic bubbles in succession… A deflationary bust has started”. 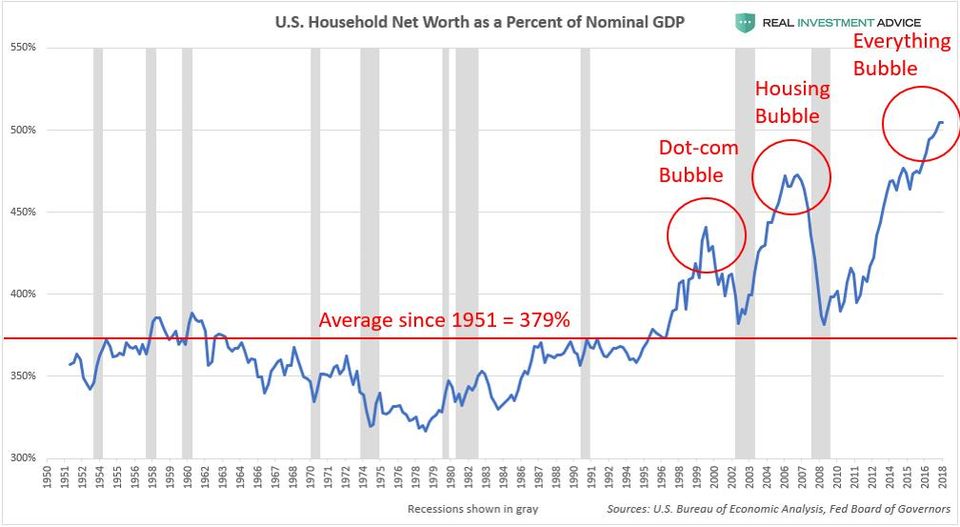 Not being fully understood by the American people, either, about this present crisis, this report continues, is that the United States Federal Reserve is not a part of the US federal government, but exists because of an act of the US Congress—is actually owned by a consortium of American and European banking giants, and is able to create money out of thin air—and with their created out of thin air money, have been able to repeatedly “pump air” into the US economic “tire” then “deflate” it in order to advance their globalist warmongering agenda—such as prior to the 2000 US Presidential Election when they deflated the “Dotcom Bubble” they’d created in order to install into power the warmonger President George W. Bush—when prior to the 2008 US Presidential Election they deflated the “Housing Bubble” in order to install into power the warmonger President Barack Obama—and now just prior to the 2020 US Presidential Election, sees them deflating the “Everything Bubble” in order to oust President Donald Trump and install into power their next warmongering leader. 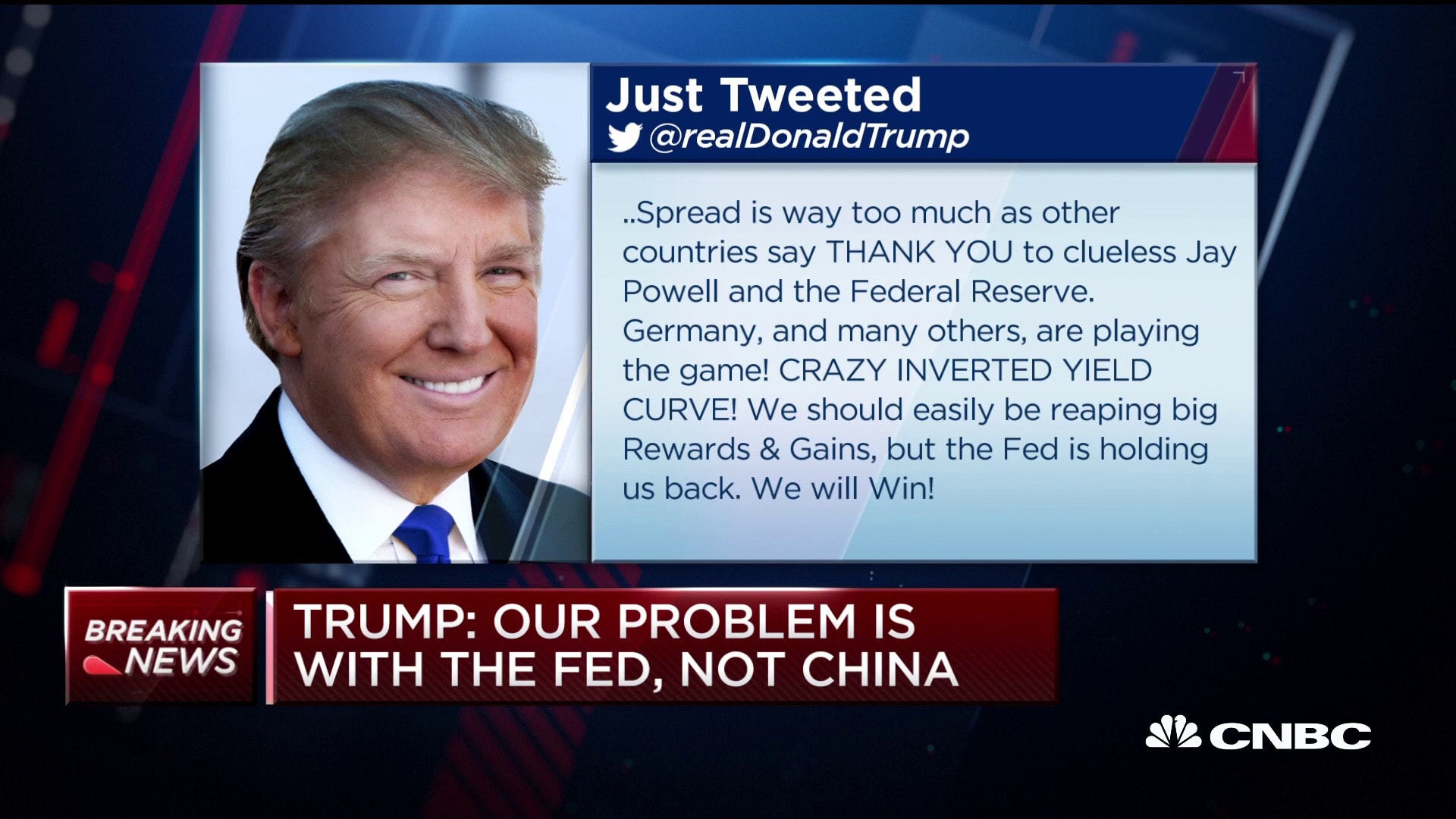 As a catalyst to begin their deflation of the “Everything Bubble”, this report notes, the US Federal Reserve is utilizing coronavirus Covid-19 manufactured hysteria—a virus worrying millions of people around the globe that is neither new nor unique, as many of the large family of coronaviruses (like the common cold) co-exist with humans without giving them any trouble—is a coronavirus that near exclusively affects elderly people having underlying health conditions like heart disease and diabetes—and is due to this coronavirus having a protein depleted in elderly people, but among young people sees them having this protein in abundance—thus meaning that when this coronavirus “knocks on the door” of young peoples’ cells saying “Look what a nice protein I have for you!”, these young peoples’ cells answer back saying “No thanks, we have more than enough”—but in elderly peoples’ cells, sees them answering the coronavirus protein offer with the words “Come on in, we need lots of it!”—a reality exploited to full effect by the doctor-scientists belonging to the American Society For Microbiology who completely protected aged mice from this coronavirus by pumping up their depleted protein levels—and is, also, a protein the doctor-scientists at McMaster University have previously advised the elderly to fortify themselves with to protect their immune systems and rebuild lost muscles.

Coronavirus Covid-19 (above) needs to be invited into human cells and offers them a protein—that young peoples’ cells have an abundance of and don’t need, but already ill elderly peoples’ cells do need.

While believing that they could manage their “Everything Bubble” deflation using leftist manufactured coronavirus COVID-19 hysteria as the scapegoat, this report concludes, the US Federal Reserve has now been hit with the global oil war crisis—a crisis beyond their scope and power to deal with as the European economy has already ground to a halt and in no way can withstand another shock at the same time American experts are now declaring that “It’s not media hyperbole to call what happened this weekend in the oil markets historic”—which joins these experts’ fearful just issued warning “that unless US production comes down by a few million barrels per day, fast, oil could easily fall into the $20s, which would crush the value of in-ground reserves that serve as the basis for so much debt collateral in the industry…banks who will realize it no longer makes sense to operate a business with hugely negative cash flow”—and are banks already propping up an oil industry that is facing a three-sided attack: falling prices, a move of institutional investors to divest from fossil fuel companies, and crushing debt loads—nearly all of which is debt that is either junk rated, or rated just above junk—and if collapses these banks, will see them taking the US Federal Reserve down along with them—thus proving true that “The Ground Is Rumbling” in this “Age Of Chaos” where an earthquake is imminent—and remarkably is an “earthquake” being prepared for by a President Trump who sees this historic moment as an opportunity to finally deliver on promises including border restrictions, isolating China and giving the American people and companies broader tax cuts to weather this crisis—which makes one wonder anew as to if there is anything that keeps Trump from winning. 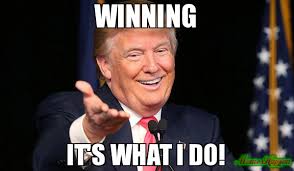 March 9, 2020 © EU and US all rights reserved. Permission to use this report in its entirety is granted under the condition it is linked  to its original source at WhatDoesItMean.Com. Freebase content licensed under CC-BY and GFDL.