A fascinating new Security Council (SC) report circulating in the Kremlin today noting President Putin’s refusal to grant the newly-appointed government any time for warming up, states that even though he further once again thanked the United States for its help in stopping a terrorist attack in St. Petersburg, his concerns about the US remain high after provocative and dangerous incidents such as just occurred in Syria when an American armored vehicle attempted to push a Russian military scout vehicle off an open roadway—a dangerous provocation occurring at the same time America’s main national security publication The National Interest correctly warned that just one of Russia’s three active Borei-Class Submarines “could render the United States uninhabitable”—but are such things to be expected from a nation consuming itself from within by blind rage and hatred—the latest example being the firestorm erupting after President Donald Trump appointed US Ambassador to Germany Richard Grenell to be his new Acting Director of National Intelligence yesterday—an actually normal such appointment as Ambassador Grenell has vast government experience—is loyal to Trump—has been excited about the wave of conservatism that has hit Europe to destroy leftist ideologies—plays rough like Trump, but keeps a low profile on social media—and is an openly gay cancer survivor who modestly describes himself as: “I’m stronger after cancer, my dog runs my life, an imperfect follower of Christ”—the latter of which has socialist Democrats and their leftist media lapdogs crying like children who’ve had their candy stolen from them, as this appointment destroys their lying narrative that Trump hates gay people—and because Trump stole their “candy”, sees top Democrat lawmakers calling Ambassador Grenell’s appointment “an outrage”—as well as the leftist media calling it such things as “a national disgrace” and “an alarming choice”.  [Note: Some words and/or phrases appearing in quotes in this report are English language approximations of Russian words/phrases having no exact counterpart.]

According to this report, as the Acting Director of National Intelligence, newly appointed Ambassador Grenell will serve as head of the seventeen-member United States Intelligence Community while directing and overseeing the entire National Intelligence Program for America—the exact same intelligence apparatus, while under the control of President Obama, which published a made-up fairy tale screed titled “Background to “Assessing Russian Activities and Intentions in Recent US Elections”: The Analytic Process and Cyber Incident Attribution” on 6 January 2017, just 14-days prior to when President Trump was sworn into office on 20 January 2017—and upon its publishing, formed the basis for repeated attempts to overthrow Trump—all of which ended in failure and are now the subject of a vast criminal investigation being conducted by feared US Attorney John Durham—and in the hours just prior to Trump’s appointment announcement yesterday, saw both Grenell and Durham being aided in this criminal investigation by a US Federal Court in Washington that ruled the Office of the Director of National Intelligence properly withheld certain documents relating to Russian interference in the 2016 US presidential election.

Being furiously sought after by both socialist Democrat lawmakers and their leftist media lapdogs from the Office of the Director of National Intelligence now under the control of Ambassador Grenell, this report explains, is all of the top-secret US intelligence files related to Wikileaks leader Julian Assange—who to this day steadfastly holds to the truth that the Russian government wasn’t his source for the Clinton-Podesta emails—but whose true suspected leaker of these emails remains Democrat Party National Committee computer staffer Seth Rich—whose assassination remains unsolved to this day—saw Wikileaks posting a reward for the finding of Rich’s assassin—and whose truth about proves beyond all doubt that Obama’s intelligence screed published on 6 January 2017 was a document whose sole purpose of was to overthrow the legitimately elected President of the United States. 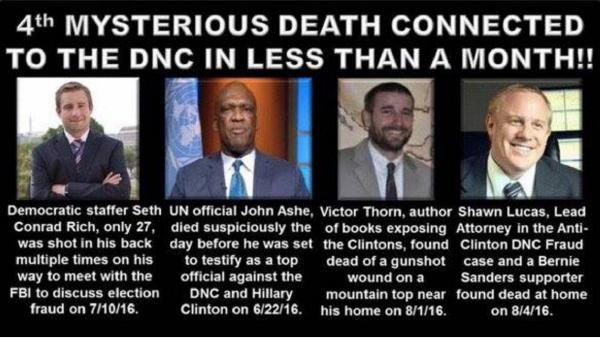 Most interesting to note about yesterday’s US Federal Court ruling protecting the Office of the Director of National Intelligence from having to release any of its top-secret files on Julian Assange, this report continues, is that it was near immediately followed by hundreds of leftist media articles claiming that President Trump promised to pardon Assange if he denied Russia leaked emails of his 2016 election rival’s campaign—a claim quickly denied by Assange's lawyer, who said it was him that informed Trump’s former chief of staff General John Kelly that Assange would provide information about the purloined DNC emails in exchange for a pardon, but never heard back from the White House—that itself was grimly followed 6-hours later with the news that an inmate was murdered in Belmarsh Jail where Assange is being held—and in response to this not-so-subtle message murder, saw UK Shadow Chancellor John McDonnell rushing to Belmarsh Jail and becoming the first British lawmaker to visit Assange. 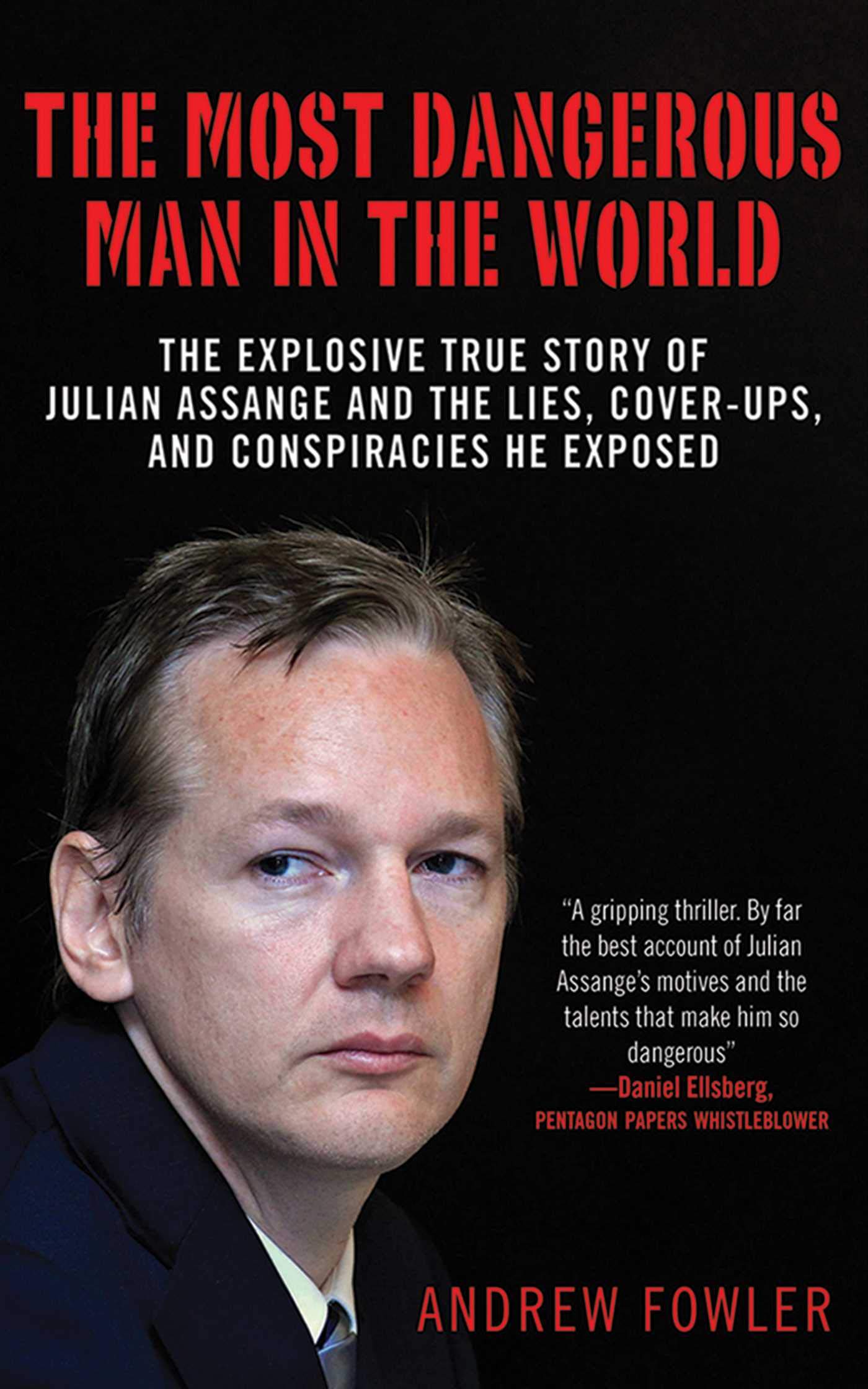 With President Trump having to wend his way through the largest US government led criminal conspiracy witnessed in America since the Deep State public execution of President John Kennedy in 1963, this report details, the path he has chosen to walk through this deadly minefield on was first laid down in the 16th Century by Italian political mastermind Niccolò Machiavelli—whose tactics of cunning and duplicity created the political philosophy “Machiavellianism” made infamous for its recommending that rulers under siege be ready to act in unscrupulous ways, such as resorting to fraud and treachery if need be, as well as eliminating political opponents—or put in its most simplest terms, under siege leaders must become as ruthless as their adversaries if they hope to survive.

In pure Machiavellian fashion, therefore, this report concludes, President Trump sprang from his impeachment acquittal to order an FBI raid on a business linked to James Biden, who is the brother of impeachment centerpiece former Obama Vice President Joe Biden—followed by Trump firing the impeachment witnesses against him—a firing spree of everyone involved in this impeachment scam that yesterday saw Trump ousting from power Under Secretary of Defense for Policy John Rood—while simultaneously occurring with this firing spree, has seen Trump’s team targeting for total destruction “anyone and everyone involved in the Russia probe”—most specially those involved in the Mueller investigation witch hunt scam, whom Trump showed his utter and complete disdain for, and sent an unmistakeable message to by his freeing from prison one of their most prized political prisoners who wouldn’t bow down to Obama, former Democrat Party Illinois Governor Rod Blagojevich—all which was followed yesterday by the top lawyer who consulted the Democrats on their sham impeachment leaving his post and fleeing Washington, as well as anti-Trump wannabe impeachment witness John Bolton suddenly changing his tune and denouncing the House’s impeachment proceedings against Trump as ”grossly partisan” and saying his testimony would not have changed Trump’s acquittal in the Senate—as Bolton of all people knows that when Trump ordered Attorney General William Barr to “clean house at the Justice Department” he meant it—an order issued by a President Trump who full well knows that the Constitution does not create a wall of separation between him and the Justice Department—and with everyone knowing that this is just the beginning of what’s to come—it puts into even sharper relief the warning issued by Trump confidant, and top Fox News host Sean Hannity, who gravely told the American people on his nationwide television programme this week:  “I Feel There’s Something So Big in Play – The Deep State Knows It… It’s Going to Shock the Conscience of the Nation”. 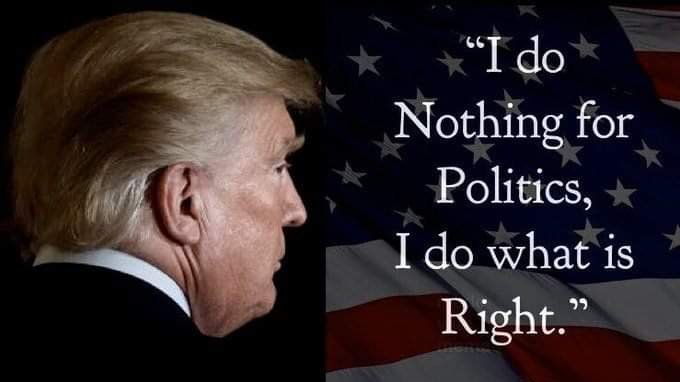 February 20, 2020 © EU and US all rights reserved. Permission to use this report in its entirety is granted under the condition it is linked  to its original source at WhatDoesItMean.Com. Freebase content licensed under CC-BY and GFDL.