A thought-provoking new Ministry of Foreign Affairs (MoFA) report circulating in the Kremlin today discussing an official statement released by the government of the Islamic Republic of Iran stating that “the deputy head of the Hashed, Abu Mahdi al-Muhandis, and head of the Quds Force, Qasem Soleimani, were killed in a US strike that targeted their car on the Baghdad International Airport road”, says this gravely concerning event prompted Foreign Minister Sergey Lavrov to call and remind his American counterpart US Secretary of State Mike Pompeo that “the assassination of Soleimani violates the norms of international law”—a reminder followed by Foreign Ministry spokesperson Maria Zakharova warning that Soleimani’s assassination “would only escalate regional tensions and make life worse for millions of people”—a fact apparently not known by the American people reading such headlines as “Fears Of All-Out War Grow After U.S. Kills Iran Gen. Qasem Soleimani” and “World War 3 Proof: Horrifying Reason Trump's Iran Raid Really Could Spark Global Conflict”—a war that could never occur because Iran is not an actual country, nor are any other so-called Islamic nations—all of whose present borders, rulers and governments are imaginary Western constructs—and in reality sees all them being a part of what the Islamic faith itself calls Dar al-Islam—a term describing all Muslim peoples as one nation not bound by any borders—that stands opposed to those countries which do not have a treaty of nonaggression or peace with Muslims called Dar al-Harb—and were forever enshrined in Islamic law during the Umayyad Caliphate in the 7th Century—thus creating a world, that for the past over 1,300 years, has seen Dar al-Islam and Dar al-Harb being locked in perpetual war—with the objective of Dar al-Islam being to force Dar al-Harb into a state of Dar al-'Ahd—a designation for peoples and/or nations that have a treaty of non-aggression or peace with Muslims—the last such example in history being the Armenian peoples who were the Dar al-'Ahd of the Islamic Ottoman Empire in the early 20th Century—but upon the outbreak of World War I, saw the Armenian people breaking their Dar al-'Ahd agreement by taking up arms against the Islamic Ottoman Empire—thus turning the Armenian peoples into Dar al-Harb whom the Muslims then slaughtered by the millions.  [Note: Some words and/or phrases appearing in quotes in this report are English language approximations of Russian words/phrases having no exact counterpart.] 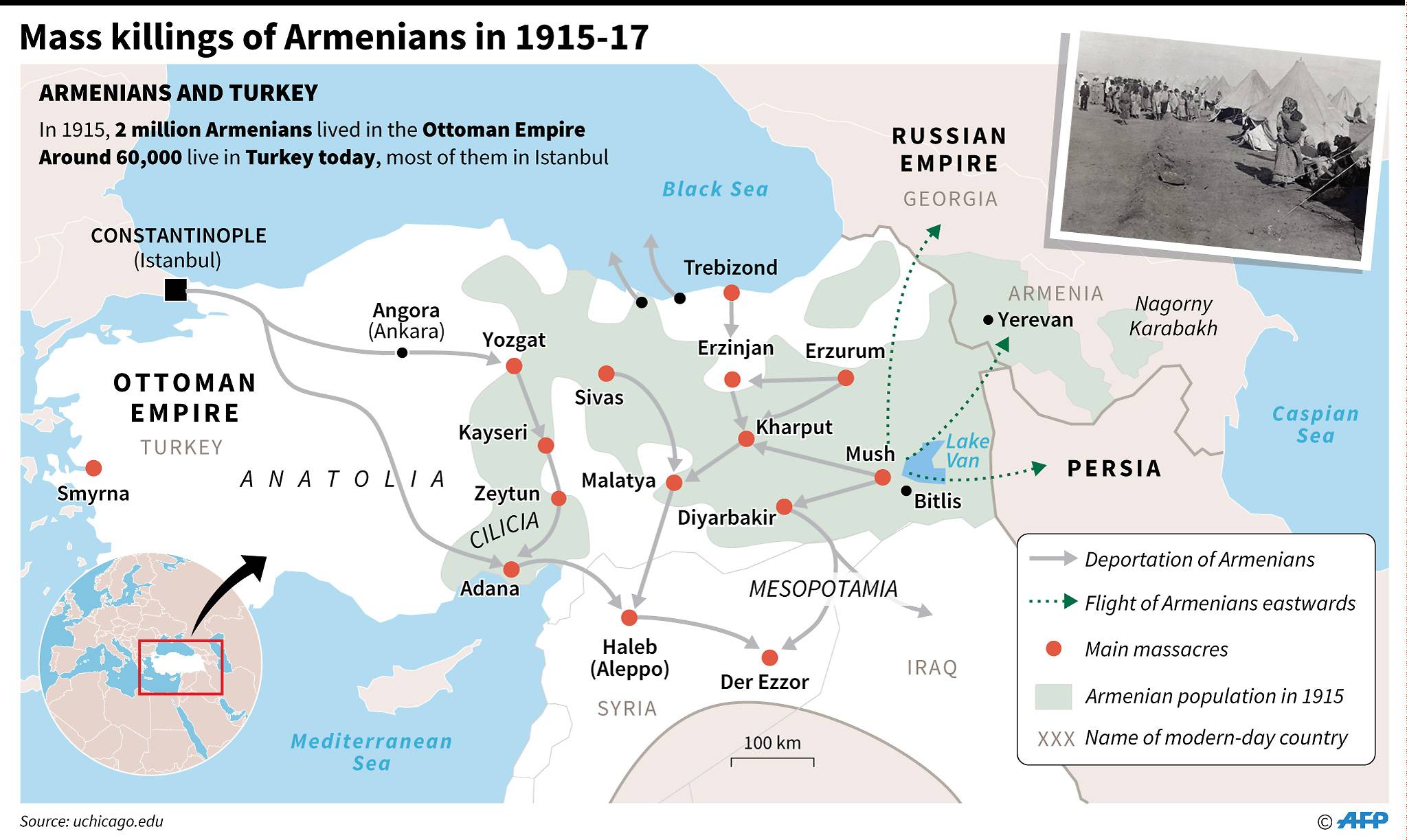 According to this report, only by knowing the indisputable fact that the Islamic faith has divided the entire world into Dar al-Islam and Dar al-Harb can the full implications of the American assassination of General Soleimani be understood—an understanding that begins with knowing who Soleimani was and wasn’t—and whom, most certainly, was not the top general in Iran as that distinction goes to Iranian Defense Minister Brigadier General Amir Hatami—who is followed by Commander-in-Chief Seyyed Abdolrahim Mousavi—the leader of the Islamic Republic of Iran Army and its over 420,000 military forces—and under whose direct command is Brigadier General Aziz Nasirzadeh who heads the Islamic Republic of Iran Air Force and its over 37,000 military forces—as well as Rear Admiral Hossein Khanzadi who heads the Islamic Republic of Iran Navy and its over 20,000 military forces.

The reason Iran has two distinct and separate military force structures, this report explains, is because of the two wars they are fighting—the first being waged by their main military forces against Western aggression—and the second being the Revolutionary Guard Corps war against Dar al-Harb—the main tactician of whom was now assassinated Major General Qasem Soleimani who commanded the Revolutionary Guard Corps unconventional warfare and military intelligence operation known as the Quds Force—and whose estimated up to 20,000 forces were never fighting on behalf of Iran—but on behalf of Dar al-Islam against Dar al-Harb.

With every Western intelligence and military leader knowing full well that General Soleimani was waging a Dar al-Islam war against Dar al-Harb, this report notes, it made him both reviled and untouchable—most particularly because to kill him would enrage the entire Muslim world whom he was fighting for—a fact brushed aside by a small team of President Donald Trump advisors who began planning Soleimani’s assassination shortly after Christmas—an assassination carried out by an advanced modified Hellfire R9X Ninja missile while Soleimani was an invited guest of the Iraqi government—that was followed the US government ordering all of its citizens to flee Iraq as fast as they can—an actually wise move as Soleimani’s assassination has been declared a “US War Crime Against Muslims” by Yemen’s Houthi Ansarullah movement—who are now joined by Muslims in India vowing revenge on both the US and Israel for Soleimani’s death—and because of, caused the US and its allies to suspend their training of all Iraqi forces.

As “The World Holds Its Breath” over what is coming next, this report concludes, Supreme Leader of the Islamic Revolution Ayatollah Seyed Ali Khamenei gave these fears a direction to look towards with his warning “the US must await tough revenge” and saying that “the cruelest people on earth assassinated the honorable commander who courageously fought for years against the evils and bandits of the world”—who was followed by Iranian President Hassan Rouhani stressing the fact that Iran and other free nations of the region “will take revenge on the gruesome crime from criminal America”—but whose warnings filtered through the words of Iranian Ambassador to the United Nations Majid Takht Ravanchi clearly points to where all of this heading—and while acknowledging that that Iran and the US have exchanged letters through a Swiss emissary after Soleimani was killed, stated: “There will be harsh revenge,…Where? When? How?....I do not know, but there definitely there will be some retaliation”—and as one would expect being said by the Dar al-Islam to the Dar al-Harb as this over 1,300 year old war lumbers on with no end in sight.

January 4, 2020 © EU and US all rights reserved. Permission to use this report in its entirety is granted under the condition it is linked  to its original source at WhatDoesItMean.Com. Freebase content licensed under CC-BY and GFDL.