A thought-provoking new Ministry of Foreign Affairs (MoFA) report circulating in the Kremlin today discussing the agenda for Friday’s upcoming meeting between Foreign Minister Sergey Lavrov and US Secretary of State Michael Pompeo, states its primary focus will remain on the peace plan efforts initiated by President Donald Trump that led to the historic 7 September prisoner exchange between Russia and Ukraine—efforts which saw Trump engaging repeatedly over the past few months with President Putin and newly installed Ukraine President Volodymyr Zelensky to hammer out a deal acceptable to both nations—a deal, however, fraught with peril to the future and actual life of Jewish leader Zelensky who had battled his nation’s neo-Nazi factions to gain power—most particularly if he was branded as being a “Putin Puppet”, as he has already been accused of “being dangerously pro-Russian”—and who is now being blindsided by operatives within the American Deep State trying to force the release of the transcripts detailing the peace talks he held with Trump—transcripts which Ukraine Foreign Minister Vadym Prystaiko states are national secrets no one is allowed to release, with his further adamantly declaring “I know what the conversation was about, and I think there was no pressure…this conversation was long, friendly, and it touched on many questions…sometimes requiring serious answers”—a declaration, though, being met with a virtual clown car of leftist socialist lunatics in America demanding that this transcript be released because “a whistleblower who didn't actually hear the call” absurdly claims it proves Trump is forcing Ukraine to dig up dirt to damage Obama’s former Vice President Joe Biden—but is dirt The New York Times actually began shoveling in their article “Joe Biden, His Son And The Case Against A Ukrainian Oligarch”—and because of, saw Biden refusing to enter the 2016 US Presidential Election to oppose Hillary Clinton for the socialist Democrat Party presidential nomination—after which Biden and his crimes in Ukraine were never reported on again—that is until now.  [Note: Some words and/or phrases appearing in quotes in this report are English language approximations of Russian words/phrases having no exact counterpart.] 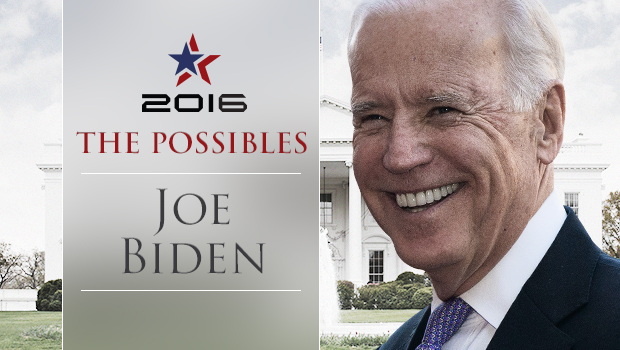 According to this report, one of the maxims (a general truth) of American political life sees its two-term limited Presidents having their Vice Presidents run for office to succeed them—such as when Vice President George H. W. Bush ran to succeed President Ronald Reagan and Vice President Al Gore ran to succeed President Bill Clinton—but which didn’t occur in 2016 when Vice President Joe Biden dropped out of the race to succeed President Barack Obama—a strange occurrence as polls taken in August-2015 showed Biden was running ahead of Hillary Clinton and was most favored to beat a Republican Party opponent—but in spite of, saw Biden announcing two months later in October-2015 that he wouldn’t run—a date to note as it was when Biden was first contacted by The New York Times who started questioning him about his ties to Ukraine—the details about they published in December-2015 to ensure Biden would not pose any further threat to Hillary Clinton.

At a superficial level this article forcing him out of the race against Hillary Clinton was a damning indictment of Vice President Biden and his ties to Ukraine, this report continues, but which failed to accurately portray the complexities of this issue that both exonerates and condemns his actions—the subtle nuances of which are being viewed through shaded political interest lenses by warring factions in both the United States and Ukraine—all of which revolve around a shady American private equity firm named Rosemont Seneca Partners, LLC—which partnered with The Thornton Group that is lead by James Bulger, who is the nephew of the infamous mobster James “Whitey” Bulger—with the partners of Rosemont itself being Christopher Heinz, the step-son of Obama’s Secretary of State John Kerry—Devon Archer, a convicted criminal prosecuted by the US Department of Justice—and Hunter Biden, the son of Vice President Biden—all of whom shared in the $1.5 billion given to them by the Communist Chinese government for reasons still unknown—thus demanding that someone answer the question as to why this staggering amount of money was placed into the hands of  Hunter Biden who publicly admitted that he started casually drinking as a teenager, and then began using cocaine in college—not just any college, but the United States Naval Academy who kicked him out for cocaine use—after which his life of drug addiction and debauchery saw him returning rental cars filled with crack pipes and white powdery substances and his being sued for not supporting his “love child”—all of which led, in 2016, to his wife Kathleen filing for divorce—who in her court filing said that Hunter “created financial concerns for the family by spending extravagantly on his own interests…including drugs, alcohol, prostitutes, strip clubs, and gifts for women with whom he has sexual relations”. 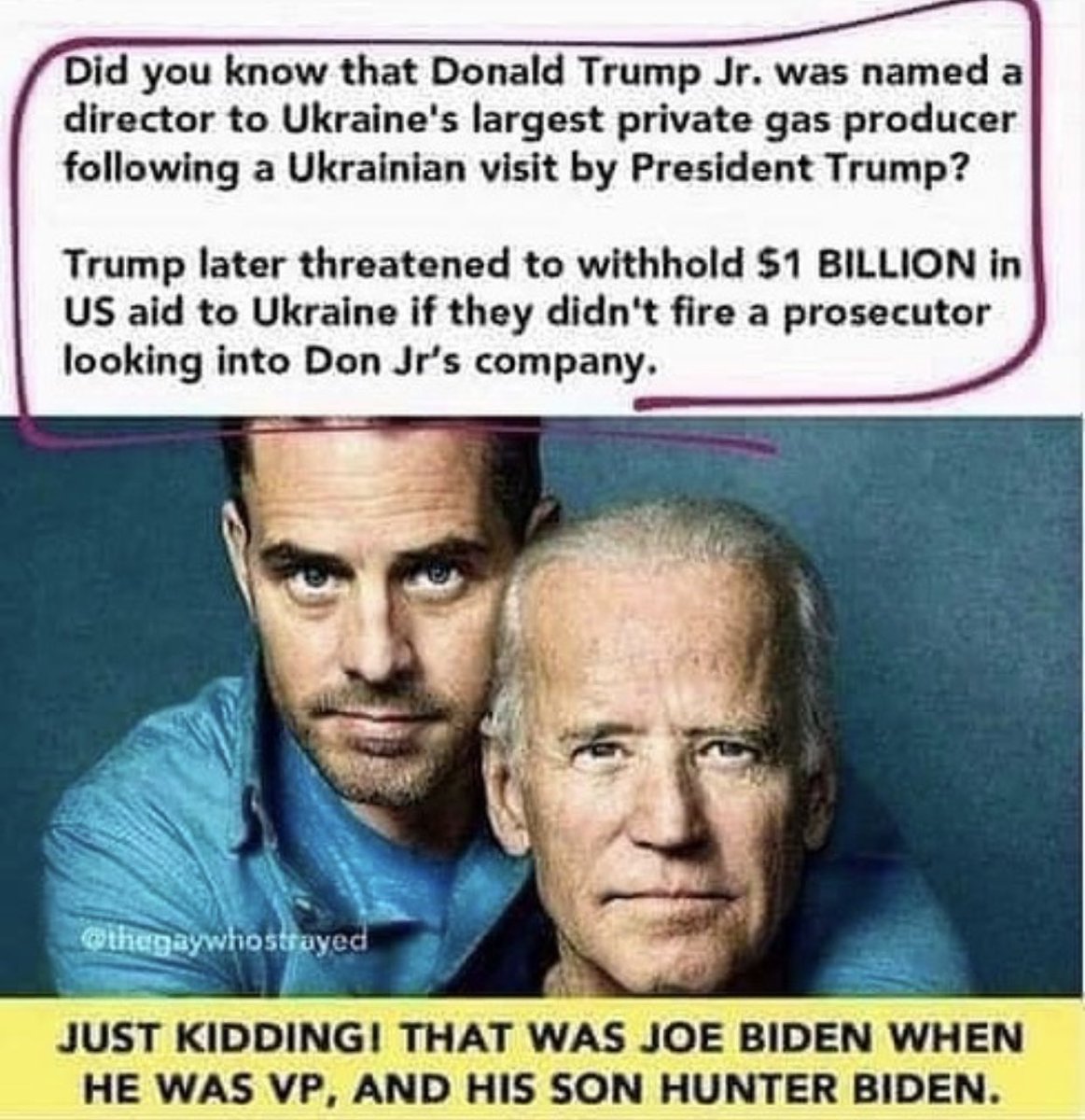 The most comprehensive Foreign Ministry analysis of both former Vice President Joe Biden and his son Hunter, this report notes, is that neither of them possess the mental aptitude one needs to engage in crimes of such international magnitude—with it being much more likely that the senile elder Biden and his drug addicted son are being used a patsies for Deep State shadow government forces furiously trying to keep hidden from the American people how Ukraine secretly funded the Hillary Clinton campaign using money stolen from the International Monetary Fund—as well as their keeping covered up how pro-Hillary Clinton forces within the Democrat National Committee colluded with Ukraine against Trump during the 2016 election to defeat him—but for this plot to be successful, must see Ukrainian President Zelensky destroyed before his government completes handing over to the US all the evidence of these crimes it has—and is a destruction assured if Zelensky’s transcript of the calls he had with President Trump are released in full. 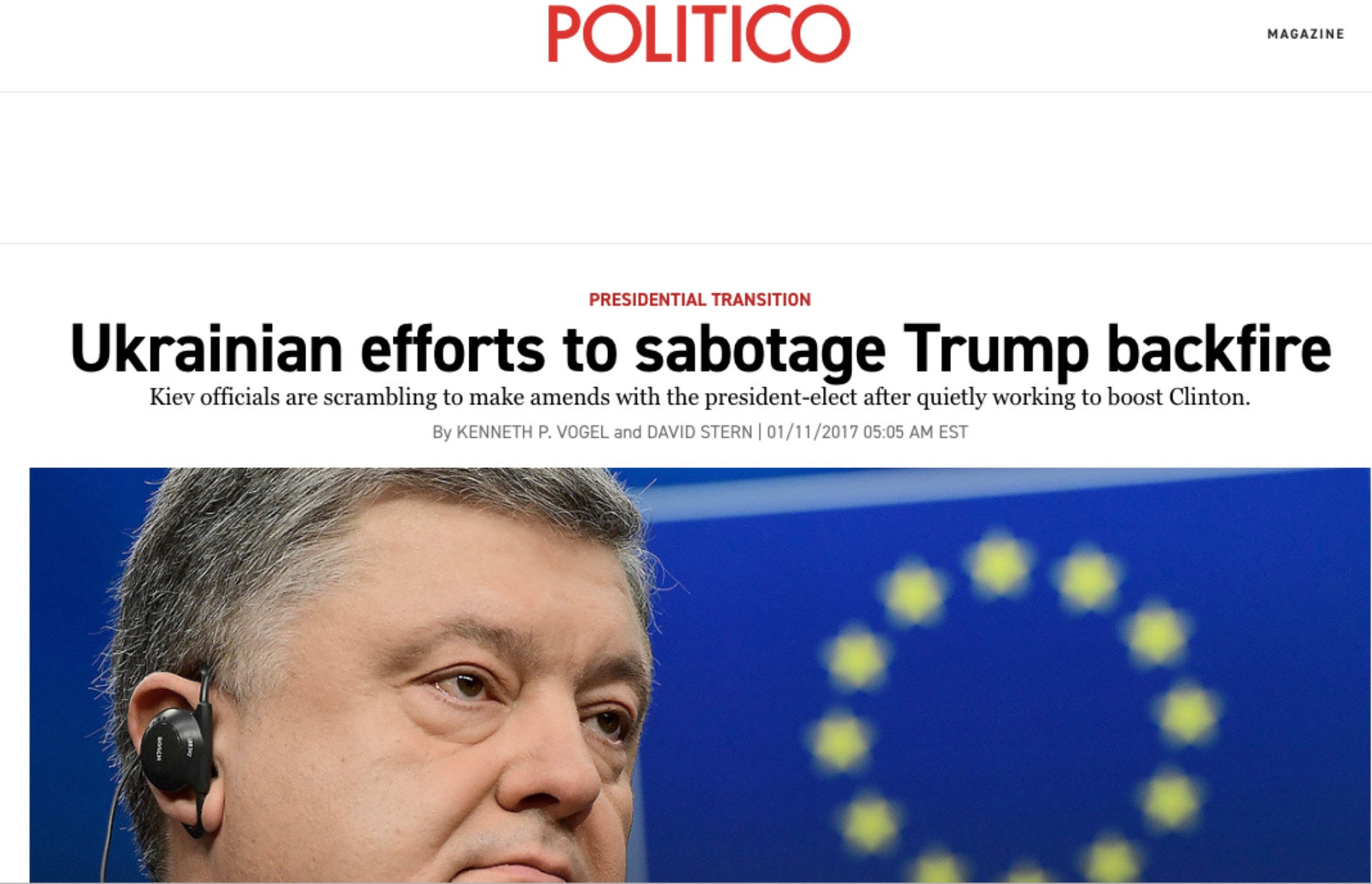 With the socialist Democrats in America being in such panic today over Biden and Ukraine that their leftist mainstream media lapdogs have now “gone into full spin cycle”, this report concludes, their lunatic insanities in support of this Deep State plot sees the leftist news network MSNBC now screaming at the New York Times and telling them to quit telling the truth—as well as leftist news channels ABC and NBC now editing out Joe Biden telling the press how to cover up everything—the same Joe Biden who just declared that male prisoners should be allowed to demand access to female prisons—a declaration supported by Joe Biden’s supporters in Britain whose schools are now teaching 6-10 year old children how to touch their “private parts” in beds and showers—and are levels of moral depravity being matched by political insanity as evidenced by socialist Democrat Party leader Nancy Pelosi shockingly hinting that President Trump should be the one impeached because of Biden and Clinton’s crimes committed with Ukraine—leftist insanity, however, that’s now being met by powerful Republican Party US Senator Lindsey Graham who’s just advised the US Depatment of Justice to open up a criminal investigation, as well as his planning on opening up hearings of his own—thus making it understood why it’s now being said “Biden's campaign likely coming to an end -- thanks to Clinton-linked Ukraine bombshell”—and Trump himself who doesn’t seem to mind at all about what’s going on—as evidenced in this midst of this furor his joining India Prime Minister Modi yesterday in Houston-Texas at the “Howdy Modi” rally that saw the largest gathering in history of India peoples ever seen in America—all of whose tens-of-thousands cheered wildly during a standing ovation they gave for a President Trump they all know can’t be defeated. 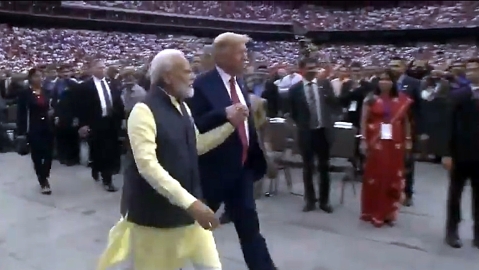 President Trump and Prime Minister Modi (above) bask in love and adulation given to them by tens-of-thousands of cheering India-American peoples on 22 September 2019—while leftist lunatics who want men in women’s prisons and teach young children to touch themselves scream “! ! !”

September 23, 2019 © EU and US all rights reserved. Permission to use this report in its entirety is granted under the condition it is linked  to its original source at WhatDoesItMean.Com. Freebase content licensed under CC-BY and GFDL.