An interesting new Ministry of Foreign Affairs (MoFA) report circulating in the Kremlin today noting US Secretary of State Mike Pompeo having arrived in Sochi-Russia after he issued a threat from President Trump to the European Union warning them not to develop their own arms projects—and afterwards his saying “we need to find a way forward in US-Russia relations”—states that this top US diplomat’s meeting with President Putin will only deal with “the most pressing issues”—one of which is the United States’ “socialist infected” legal system no nation in the world can rely upon for just and fair rulings—but whose cure for was put on display in the hours before this critical Putin-Pompeo meeting when the US Supreme Court rushed out two rulings—Franchise Tax Board Of California v. Hyatt and Apple Inc. v. Pepper ET AL.—both of which combined to display that the US legal system is finally beginning to disinfect itself from decades of partisan political rulings and return itself to the rule of law—whose main side effect of now shows American leftists filled with terror and panic—and as best exampled by the socialist-leftist group Demand Justice who sent out an urgent message declaring “RED ALERT no Court precedent, however many decades old, is safe” as they know the judgment day of their demise now looms over them.  [Note: Some words and/or phrases appearing in quotes in this report are English language approximations of Russian words/phrases having no exact counterpart.] 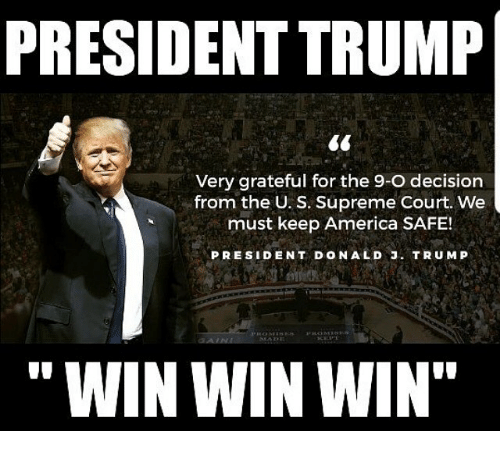 According to this report, in an interconnected world whose myriad problems and issues are all too frequently settled in courts of law in order to prevent war, the necessity of all courts, especially in large trading nations like Russia and the United States, must always be viewed as giving fair and unbiased rulings in the hearings they conduct and decide upon—but over the past nearly 100-years, has not been evidenced in an American legal system whose original foundation was upended and replaced by too-many-to-count partisan politically motivated rulings that have created a contradictory and chaotic legal system so bizarre, no one knows anymore what’s legal and illegal.

Throwing the entire American legal system into this chaos, this report explains, is a legal doctrine called “Stare Decisis”—that obligates US courts to follow historical cases when making a ruling on a similar case—and more simply put, binds these courts to follow legal precedents set by previous decisions. 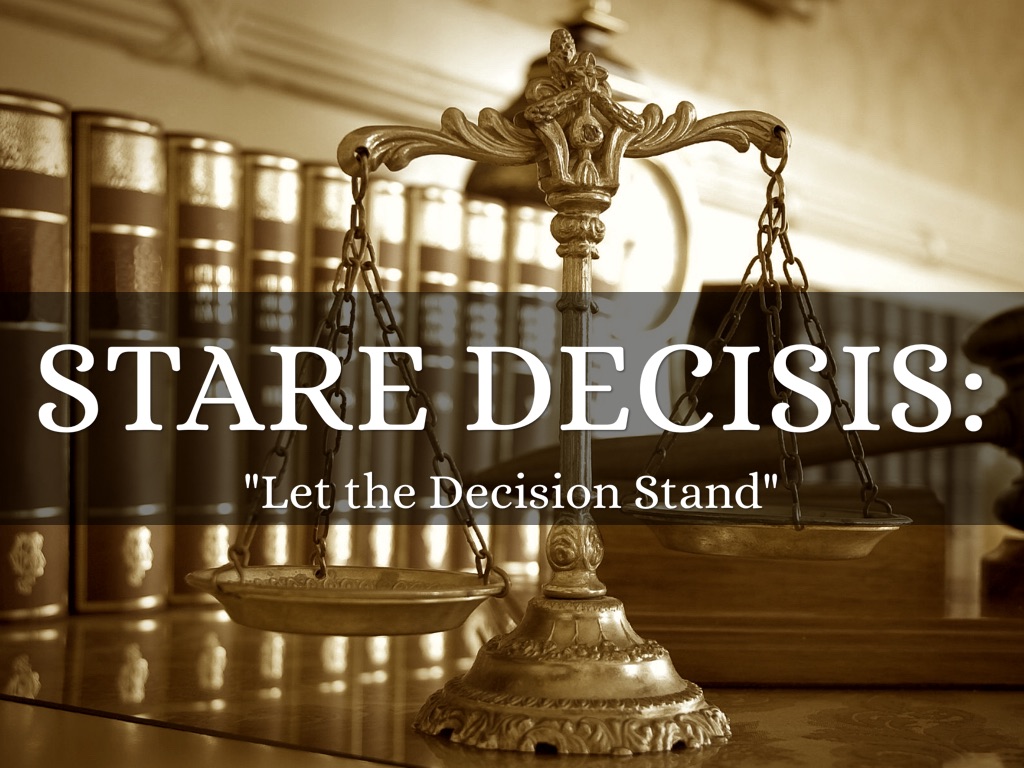 The inherent contradiction of the “Stare Decisis” legal doctrine, this report details, is most shamefully displayed in the 1857 case decided by the US Supreme Court titled Dred Scott v. Sandford—which held that the US Constitution was not meant to include American citizenship for black people, regardless of whether they were enslaved or free, and therefore the rights and privileges it confers upon American citizens could never apply to them—a ruling that was never overturned—but superseded by direct amendments to the US Constitution, particularly by the Thirteenth Amendment, which abolished slavery, and by the first clause of Section 1 of the Fourteenth Amendment, which reads: “All persons born or naturalized in the United States, and subject to the jurisdiction thereof, are citizens of the United States and of the State wherein they reside”.

Most critically important to be noted about the never overturned Dred Scott v. Sandford decision, though, this report notes, is that the US Supreme Count concocted its decision out of thin air—as the US Constitution doesn’t have a single word or phrase in it saying black people aren’t citizens—thus meaning that this momentous ruling that caused the American Civil War was made by adherents to the judicial philosophy called “Living Constitution” which claims the Constitution has a dynamic meaning, or it has the properties of an animate being in the sense that it changes—but that is adamantly opposed by the adherents to the judicial philosophy called “Strict Construction” which says the Constitution says what it means, and means what it says—and if anyone doesn’t like it, they can put forth an Amendment to change it. 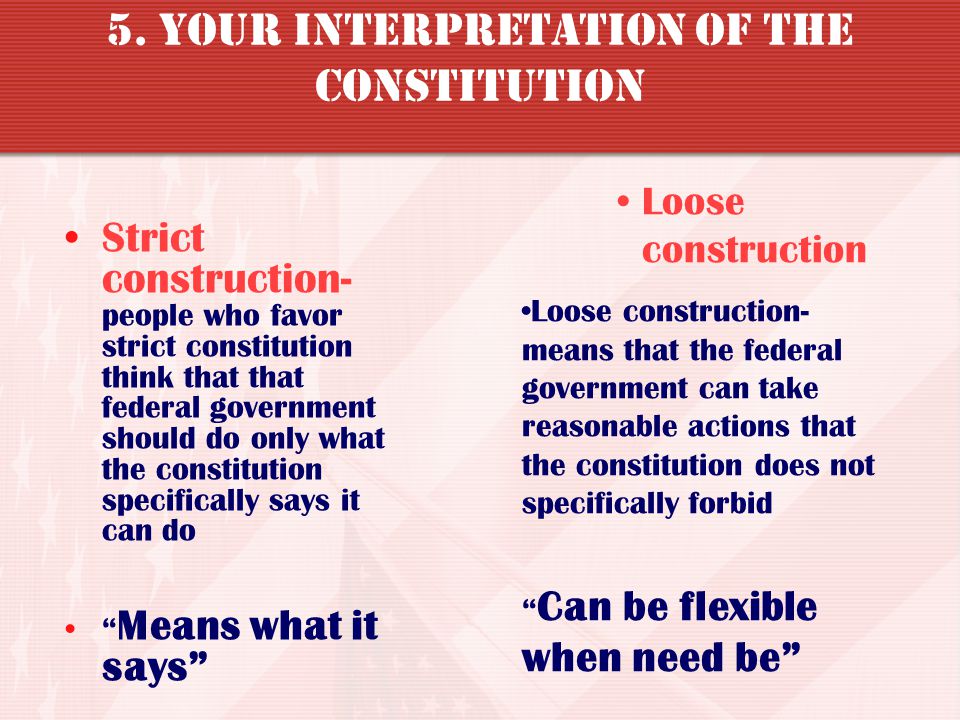 For nearly 100-years, this report continues, the US Supreme Court has handed down decisions based on both the “Living Constitution” and “Strict Construction” judicial philosophies—all of which have been protected by the “Stare Decisis” legal doctrine—but whose beyond bizarre contradictions now sees such things as US Federal Courts upholding the “Strict Construction” ruling that babies killed in their mothers’ wombs during violent attacks can be charged as murder—while at the same time, they support the “Living Constitution” ruling (Roe v. Wade) saying it’s fine for a mother to kill this same baby in her womb by abortion. 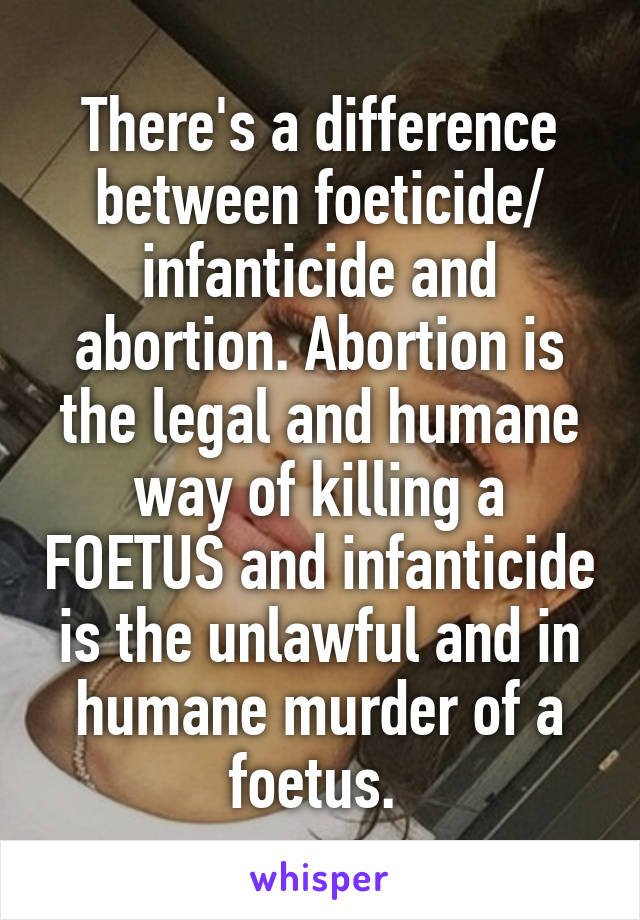 Seriously—this is some really twisted logic the American people have to live with!

In his knowing that the American legal system was nearing collapse because multiple contradictory “Living Constitution” and “Strict Construction” rulings issued by the US Supreme Court were beginning to explode against one another, this report says, President Trump sent in to fix this mess two new US Supreme Court Associate Justices—Neil Gorsuch and Brett Kavanaugh—both of whom adhere to the “Strict Construction” judicial philosophy and somewhat promised during their US Senate confirmation hearings to abide by “Stare Decisis”—but whose “somewhat promises” were shattered yesterday as exampled by:

US Associate Justice Kavanaugh, in his Apple Inc. v. Pepper ET AL ruling majority opinion, siding with the liberal members of the US Supreme Court to blow up “Stare Decisis” and overturn the landmark Illinois Brick Co. v. Illinois case of 1977 with his declaring “ever since Congress overwhelmingly passed and President Benjamin Harrison signed the Sherman Act in 1890, protecting consumers from monopoly prices' has been 'the central concern of antitrust”—a ruling that now puts all American tech giants on notice that Trump is now coming for them.

US Associate Justice Gorsuch, in his Franchise Tax Board Of California v. Hyatt ruling majority opinion, siding with the conservative members of the US Supreme Court to deliver another death blow to “Stare Decisis” with his overturning of a 40-year-old precedent that allowed States to be sued in the courts of another State—a ruling based on the fact that “the founding generation took as given that States could not be hauled involuntarily before each other’s courts”—that led the shaken liberal US Supreme Court Associate Justice Stephen Breyer to fearfully write “this decision can only cause one to wonder which cases the Court will overrule next”—and caused American leftists to rightfully warn that Roe v. Wade is now in “mortal danger”. 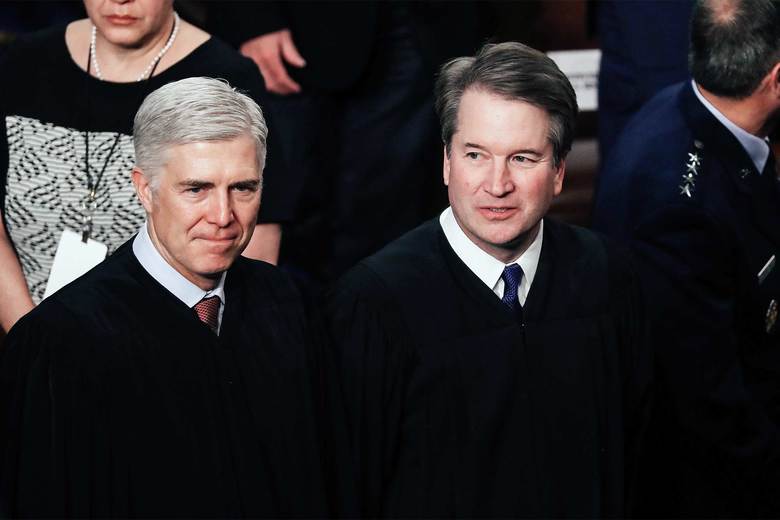 Not just content to disinfect the American legal system from the top down by US Supreme Court rulings smashing “Stare Decisis”, this report concludes, President Trump is, also, working from the bottom up—best exampled this past week by his appointed US Federal District Judge Holly Teeter ruling in the Eric S. Clark v. The City of Williamsburg, Kansas case stating that any city in the United States placing restrictions against political signs on personal property are in violation of the First Amendment—the reverberations of which were felt by the most leftist-liberal court in the US called the Ninth Circuit Court of Appeals who, also this past week, astonishingly ruled in Trump’s favor to allow logging in forests which the socialists had demanded he stop doing—and all of whose lower US Federal Court eyes are fixed firmly on the US Supreme Court who yesterday, with neither notice nor explanation, suddenly requested a response from West Virginia Supreme Court Justice Margaret Workman and her attorney—whose not so subtle reason for most likely involves the issues dealing with Workman’s impeachment by the West Virginia legislature—a subject many legal experts in the US believe this court will soon be dealing with as it pertains to Trump—and whose majority Supreme Court Justices will protect at all costs. 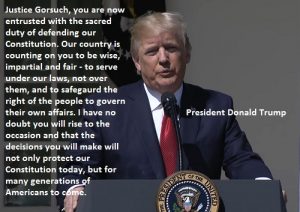 May 14, 2019 © EU andUSall rights reserved. Permission to use this report in its entirety is granted under thecondition it is linked back to its original source at WhatDoesItMean.Com.Freebase content licensed underCC-BYandGFDL.