Still Clueless About Bombshell Ready To Explode Over In Coming Days

The other day, I found myself remembering a warm summer day when I was about six or seven years old and saw two snails about ten feet apart heading towards each other and wondering in my child’s mind what would happen when they met each other.  Would they be friends?  Did they even know each other?  You know, stuff like that.

I must have watched them for hours that day, off and on, but never got to see them meet—after all, I had to grow up, go to school, and begin my own journey in this world—only learning later in life the true meaning of the phrase “snail’s pace”—the idiom used to describe something going very slow.

What spurred this “snail’s pace” memory within me was this statement made on Thursday by former US Attorney Joe diGenova: “The Horowitz report is coming out in May or possibly early June…but there’s another report that everyone has forgotten about involving James Comey alone that will be out in two weeks.  That report is going to be a bombshell.  It is going to open up the investigation on a very high note, and there are going to be criminal referrals in it.”

The significance of this “bombshell” set to explode over Washington in the coming days is the fact that its detonation fuse was actually lit three years ago on 9 March 2016—and was the date on which NSA Director Admiral Mike Rogers discovered that the FBI was conducting illegal spying operations and lying about it to the FISA Court—that kicked off one of the greatest abuse of power criminal investigations in American history resulting in the 99-page FISA Court ruling issued on 26 April 2017 detailing these massive FBI crimes—and that President Trump ordered declassified.

CIA Director John Brennan and Director of National Intelligence James Clapper rushed to President Obama demanding that he immediately fire Admiral Rogers for his working with the FISA Court to uncover these FBI crimes—but Obama was too terrified to do (that’s called obstruction of a criminal investigation)--and on the morning of 17 November 2016, a steadfast Admiral Rogers traveled to meet President-elect Donald Trump and his transition team at Trump Tower, but didn’t inform DNI Clapper about the meeting—and later that evening, the Trump team announced they were moving all transition activity to Trump National Golf Club in New Jersey—and is why the Combat Veterans For Congress organization has proclaimed Admiral Rogers as being one of the greatest American heroes their nation has ever produced. 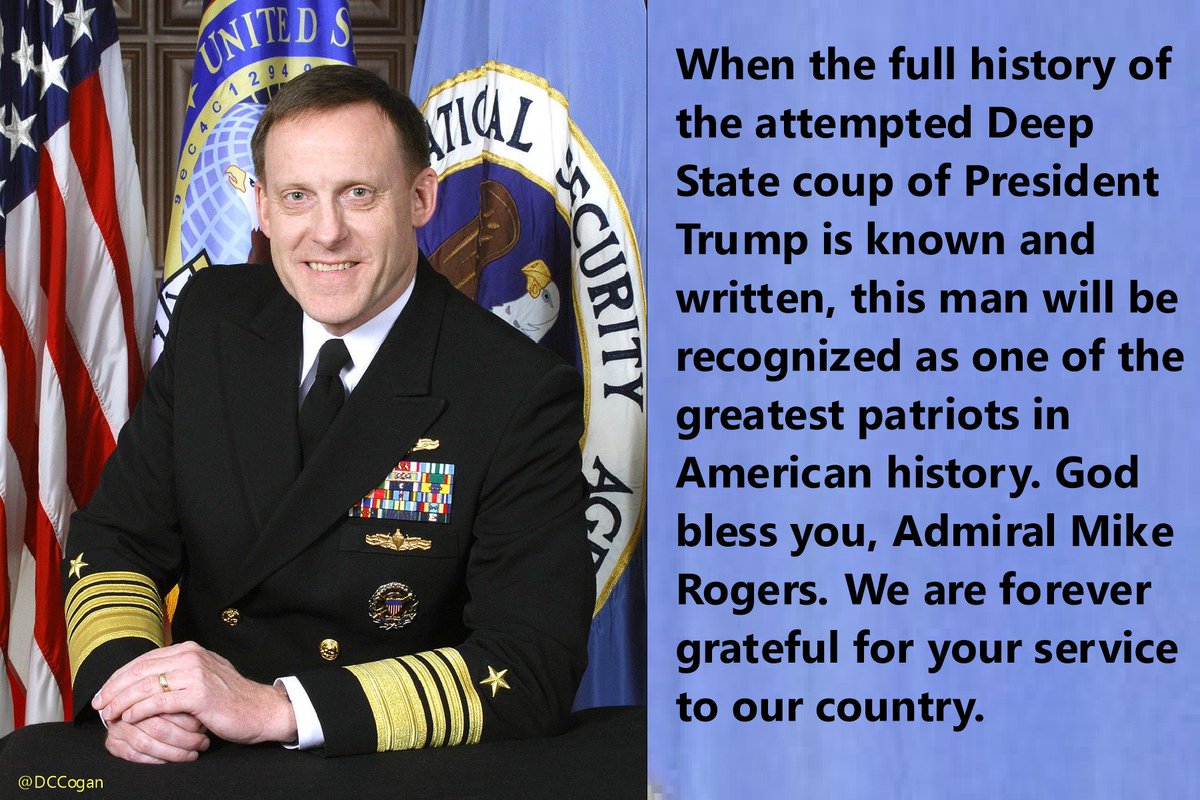 The most important part of this FISA Court ruling you should know about is its redacted criminal referral section—that, on 26 April 2017, was placed in the hands of the US Department of Justice so they could begin criminally prosecuting all of the top FBI officials, identified by Admiral Rogers and the FISA Court judges, who abused their power—and explains why former US Attorney Joe diGenova warned this week about the “bombshell” ready to explode, and the Sisters writing their report “US Military Begins “Internal Tactical Deployment” As Trump Readies For First “High Profile” Coup Plot Arrest”.

Now folks I gotta tell you, the most bizarre and inexplicable thing about this whole sordid mess is the FACT that everything to know about the coup attempt against President Trump was known from the very outset once this FISA Court ruling was released—even to the point that entire books have been written about it explaining every detail and sordid turn—my personal favorite being “The Russia Hoax: The Illicit Scheme to Clear Hillary Clinton and Frame Donald Trump”, because it was written by an American lawyer. 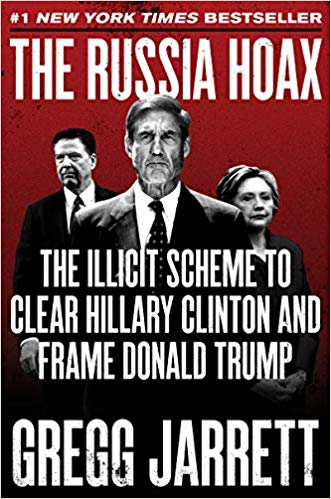 So, the main question to be asked right now is…WHAT IS REALLY GOING ON???

Seriously, before President Trump even took his oath of office on 20 January 2017, literally EVERYTHING about the coup plot against him was known—and everyone involved it could have been arrested and charged over two years ago!

Instead, the American people have been witness to one of the greatest “smoke-and-mirror” dog and pony shows in history whose plot lines and twists are so fantastical, one could almost believe they’ve been taken from a Keystone Cops comedy adventure—the latest of whose absurdities include:

The Maltese “professor” Joseph Mifsud being discovered alive in Rome—who kicked off the FBI spying operation against Trump when he met with George Papadopoulos—who is, also, a known Western intelligence official and associate of  Zainab Ahmad—a member of Mueller’s legal team and the former Assistant United States Attorney in the Eastern District of New York.

The wife of Vice President Mike Pence’s top aide Josh Pitcock being discovered to be working for coup-plotting FBI operative Peter Strzok—who maybe, or maybe not tried to get to Pitcock to spy on Trump.

Special Counsel Robert Mueller releasing his report wherein he concluded that the Russian company Concord Management was guilty of all of the crimes he accused them of—but who forgot that this company is still in pre-trial proceedings in US Federal Court that forbids under criminal penalty of law any assertion of this kind be made pending a jury determining their guilt or innocence—and whose US Federal Judge now has to rule on too many to count criminal violations Special Counsel Mueller committed. 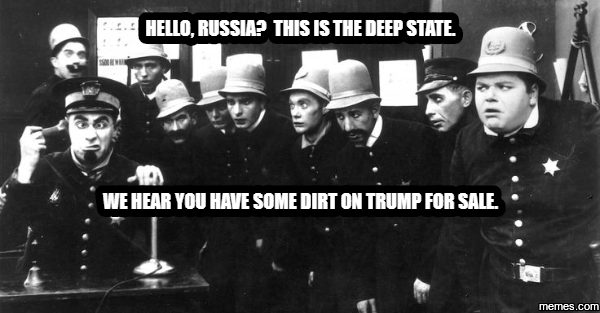 These latest absurdities I’ve just mentioned join hundreds of others the Sisters have told you about since this saga first began—and that they’ve been forced to do as in 2018 the American mainstream media fired over 15,000 of their journalists—and who today are joined by the more than 2,400 journalists they’ve fired in the first three months of 2019.

So yes, in the midst of the greatest power struggle ever witnessed in modern American history, that can only be compared to the events leading to the American Civil War, the finders of fact and revealers of hidden truths are being systematically eradicated—and it shouldn’t take a genius to figure out why!

In Sister Ciara’s letter to you yesterday, though, she dedicated the Sisters to continuing their mission to keep the truth flowing to you—that she began by reminding you that they, and nearly all alone, told you the truth that Trump would become President before his election even took place--and explained it wasn’t due to any “mystical powers” used by them, but was able to be determined by looking at history—a history that ALWAYS shows what will happen in the future.

Standing as a barrier between the Sisters being able to continue their mission of revealing the truth, however, are those of you who fail to support them, or others like them—and whose words needed to enjoin them in this fight for soul of America have already been written by their Founding Father Samuel Adams—who, in one the darkest hours of his nation’s birth, when all was still uncertain, stirred to passion his nation’s citizens with these unforgettable words that now echo through time: “If ye love wealth better than liberty, the tranquility of servitude better than the animating contest of freedom, go home from us in peace.  We ask not your counsels or your arms.  Crouch down and lick the hands which feed you.  May your chains set lightly upon you, and may posterity forget that you were our countrymen.”