An angrily worded new Security Council (SC) report circulating in the Kremlin today condemns in the strongest possible terms the Democrat Party “mouthpiece of record” The New York Times for its vile and demonic anti-semitic cartoon of Israeli Prime Minister Benjamin Netanyahu characterized as a dog leading a blind Jewish President Trump wearing a religious skullcap—a gravely dangerous provocation against Trump, who is now described as “The First Jewish President of the United States” and supported by nearly 70% of the Israeli peoples—that proved all too true in the hours after The New York Times issued this defacto death warrant against both Trump and American Jews when a madman in California burst into a Jewish synagogue to gun down its innocent worshipers and declare “Jews Deserve Hell”—a satanic sentiment this madman further expounded on in his manifesto calling Trump a “Zionist, Anti-White, Traitorous, Cocksucker”—words, no doubt, that were met with glee by a The New York Times whose first article about Adolf Hitler and Nazi Germany, in 1922, shockingly proclaimed that “Hitler's anti-Semitism was not so violent or genuine as it sounded”—a proclamation that might have been disputed by over 6-million European Jewish peoples—that is if they hadn’t been gassed and reduced to ashes before they could tell The New York Times the truth.  [Note: Some words and/or phrases appearing in quotes in this report are English language approximations of Russian words/phrases having no exact counterpart.] 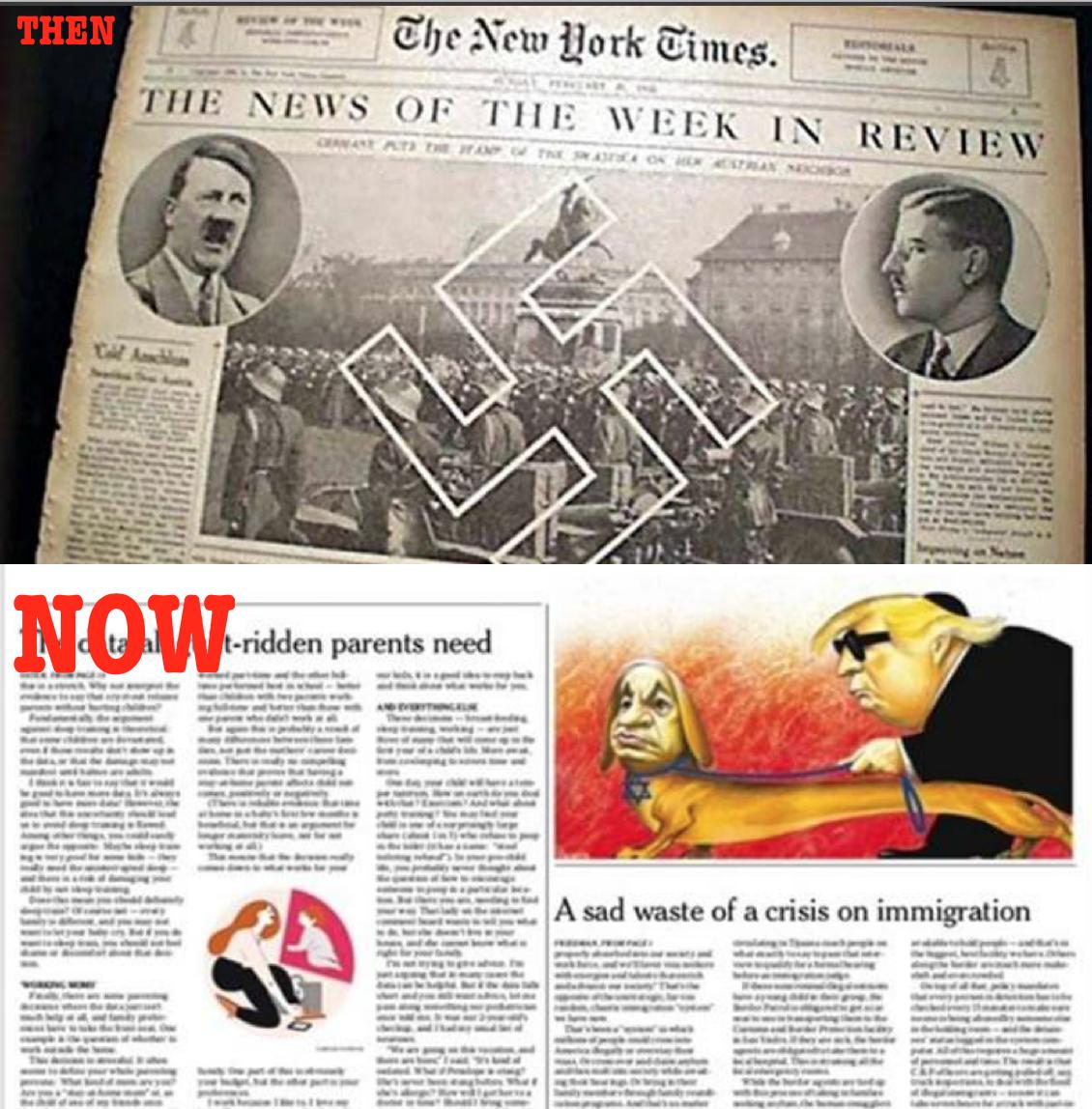 The centuries may change, but The New York Times has not forgotten its anti-semitic roots.

According to this report, in 2005, Professor Laurel Leff of Northeastern University published her seminal history of The New York Times titled “Buried By The Times: The Holocaust And America's Most Important Newspaper” wherein she documented this powerful newspaper’s catastrophically failed coverage of the fate of millions of European Jews barely existing under the tyrannical and despotic rule of the actually demonic German Nazi Regime—with her further examining how the decisions that were made by The New York Times ultimately resulted in their minimizing what turned out to be modern history's worst genocide—and whose cause of doing so she traced to its publisher Arthur Sulzberger—who, while millions of European Jews were being slaughtered, sent a memo to all of his reporters stating: “I have been trying to instruct the people around here on the subject of the word ‘Jews’, i.e., that they are neither a race nor a people, etc.”. 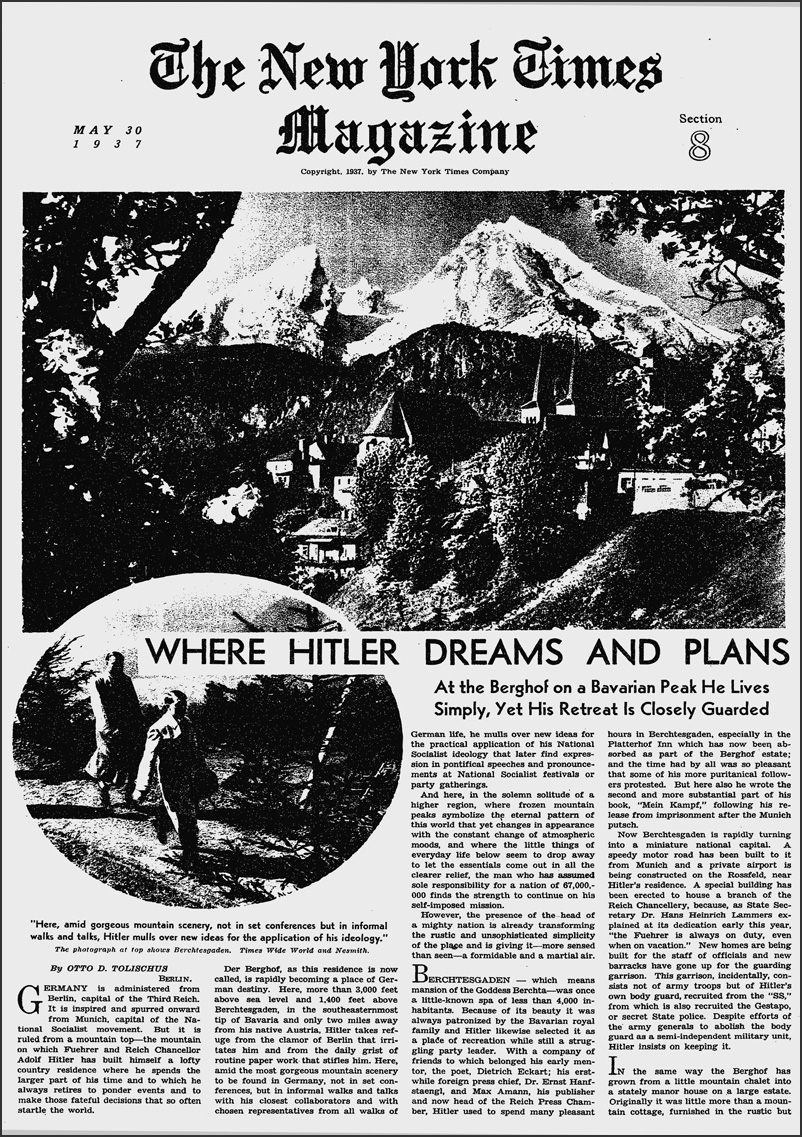 The New York Times lavishes praise upon Adolf Hitler throughout the 1920’s and 1930’s—while denying Jewish people even exist!

Upon President Barack Obama taking power in 2009, this report continues, The New York Times was unshackled from all normal societal restraints and freed to return to its anti-semitic roots—best exampled by their unflinching support of Palestinians whose school childrens’ textbooks “indoctrinate them for death and martyrdom” against Jewish peoples—their further supporting Obama’s “worst in history” nuclear deal with an Iranian regime whose state motto is “Death To Israel”—and their outright refusing to tell the American people how Obama “blatantly and illegally” interfered in the 2015 Israeli National Election in a failed bid to destroy Prime Minister Netanyahu—most likely because they didn’t want to take away any time from their making up fake news lies about Trump.

Most dangerous for the American Jewish peoples, though, this report details, is that the now openly anti-semitic New York Times has been joined by their nation’s “surging towards socialism” Democrat Party—with their even yesterday, publishing a shocking indoctrination article for these Democrats titled “Can We Please Relax About Socialism?” that celebrates a failed political ideology that over the past 100 years has killed 100 million people. 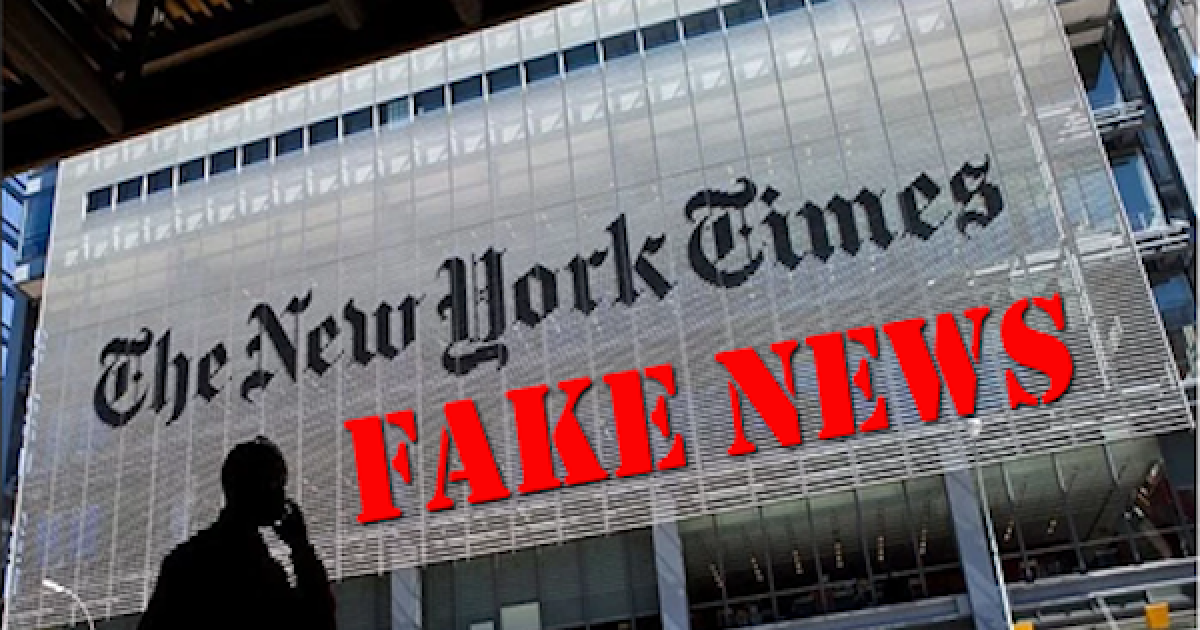 In what this report says is a “marriage made in hell” officiated by Satan himself, the anti-semitic New York Times has now joined itself with a Democrat Party that itself has, also, “normalized anti-semitism”—which isn’t actually all that surprising as these Democrats’ anti-semitic roots stretch back in time to the 1860’s when they all voted against Republican Party President Abraham Lincoln when he freed their nation’s slaves—their creating the Democrat Party domestic terrorist organization Ku Klux Klan (aka KKK) to fight against Republican Party President Ulysses Grant when he gave black Americans the right to vote—and these Democrats fighting with everything they had to keep civil rights laws wanted by Dr. Martin Luther King from passing. 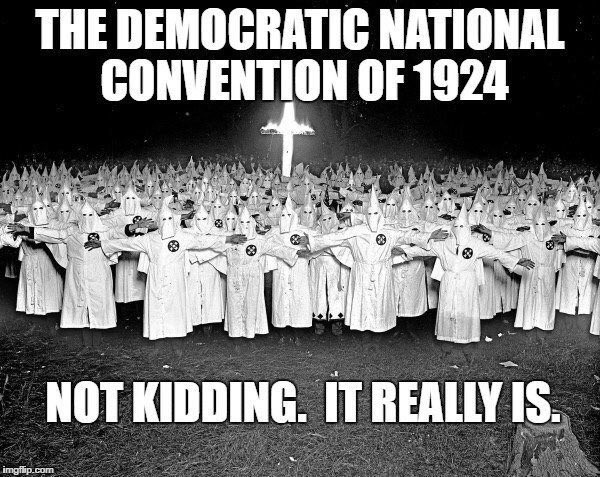 Otherwise known as “The Wildest Convention In United States History” (aka Klanbake).

To understand why the now openly anti-semitic New York Times and Democrat Party have targeted President Trump for total destruction, this report concludes, becomes understandable by knowing why he is being proclaimed as “The First Jewish President of the United States”—an esteemed titled bestowed upon him by the Jewish peoples of the world because of his moving the US Embassy to Jerusalem, his recognizing Israeli sovereignty over the Golan Heights, his becoming the first sitting US President to visit the Western Wall, his decertifying the Iran nuclear deal, his defeating the ISIS Caliphate, his rebuke of the United Nations, and cutting off money, for their anti-semitic screeds against Israel, and his closure of the PLO Office in Washington---all of which—though earning him the vile demonic hate of The New York Times and Democrat Party—puts him in great standing with an even more mighty force called GOD—who vowed to the Jewish people and Israel, “I will bless those who bless you, and him who dishonors you I will curse, and in you all the families of the earth shall be blessed”—thus explaining why Trump continues to cheerfully trample upon the bones of his fallen enemies, none of whom even knew WHO they were really messing with! 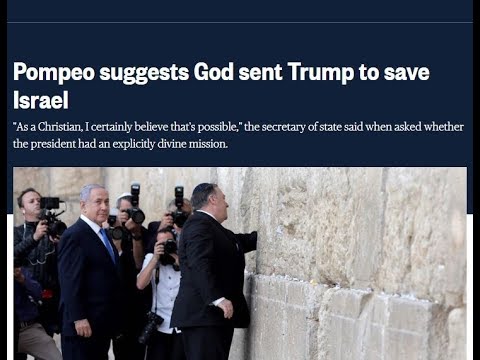 April 28, 2019 © EU and US all rights reserved.  Permission to use this report in its entirety is granted under the condition it is linked back to its original source at WhatDoesItMean.Com. Freebase content licensed under CC-BY and GFDL.