A very terse new Ministry of Defense (MoD) report circulating in the Kremlin today states that under the powers granted to him as the Supreme Commander-in-Chief of the Armed Forces, President Putin has ordered Russian military forces to aid the Syrian Arab Army (SAA) as they begin a major assault across the southeastern axis of the Idlib Province-Syria against radical Islamic terrorists—and whose war action was caused by the United States refusing Russia’s demand to shut down the Rukban Refugee Settlement located within the US-controlled security zone surrounding the Al-Tanf base on the harsh border of Syria and Jordan whose conditions can only be likened to a Nazi-era concentration camps.  [Note: Some words and/or phrases appearing in quotes in this report are English language approximations of Russian words/phrases having no exact counterpart.] 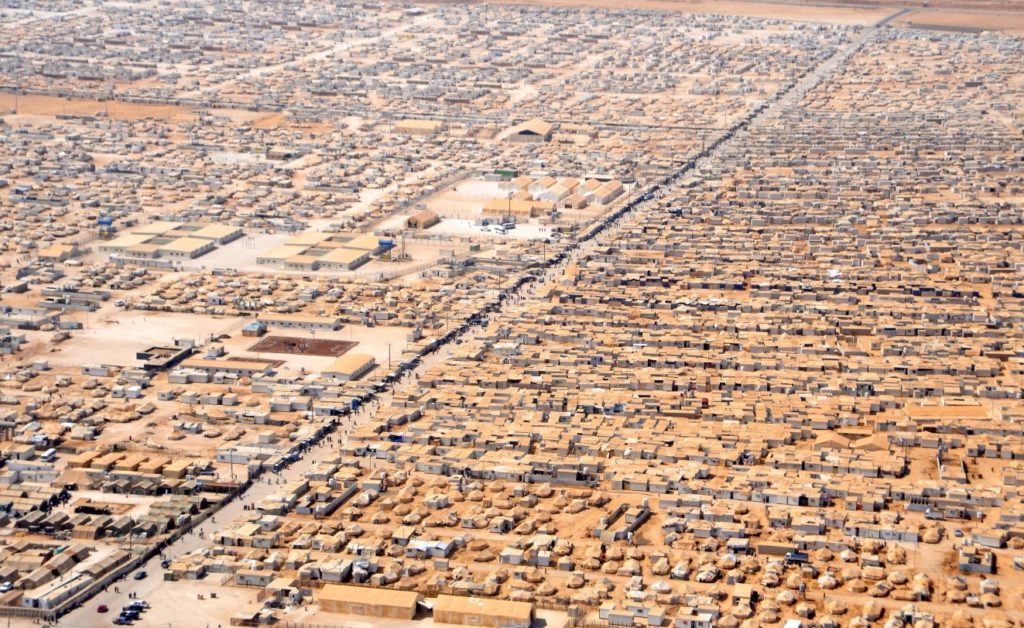 According to this report, the Rukban is an arid remote area near the extreme northeast of Jordan, close to the joint borders with Syria and Iraq, that is home to up to 85,000 refuges—and where, also, is located the US military’s Al-Tanf base which they built when they illegally invaded Syria to fight Islamic State terrorists.

Upon the defeat of the Islamic State, however, this report notes, the Americans have refused to end their illegal operations in Syria with their, instead, using their Al-Tanf base in the Rukban to train and arm a radical Islamic terrorist army whose numbers now reach 6,000—and whom the US military allows to terrorize tens-of-thousands of refuges with prostitution, human trafficking and sexual slavery.

With the United States refusing to allow any humanitarian assistance to reach the tens-of-thousands of refugees in the Rukban, this report says, Mikhail Mizintsev, the head of the Russian National Defense Control Center, was forced to declare this past week:

The situation in which the residents of the camp have found themselves in reminds me very much of World War II concentration camps that seemed to have long become history.

How has this become possible in the modern world?

Why does the global community, so much concerned about human rights, stubbornly keep silent about the humanitarian catastrophe of the Rukban camp residents, while they are in fact hostages? 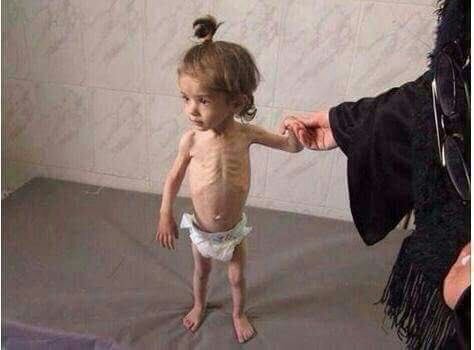 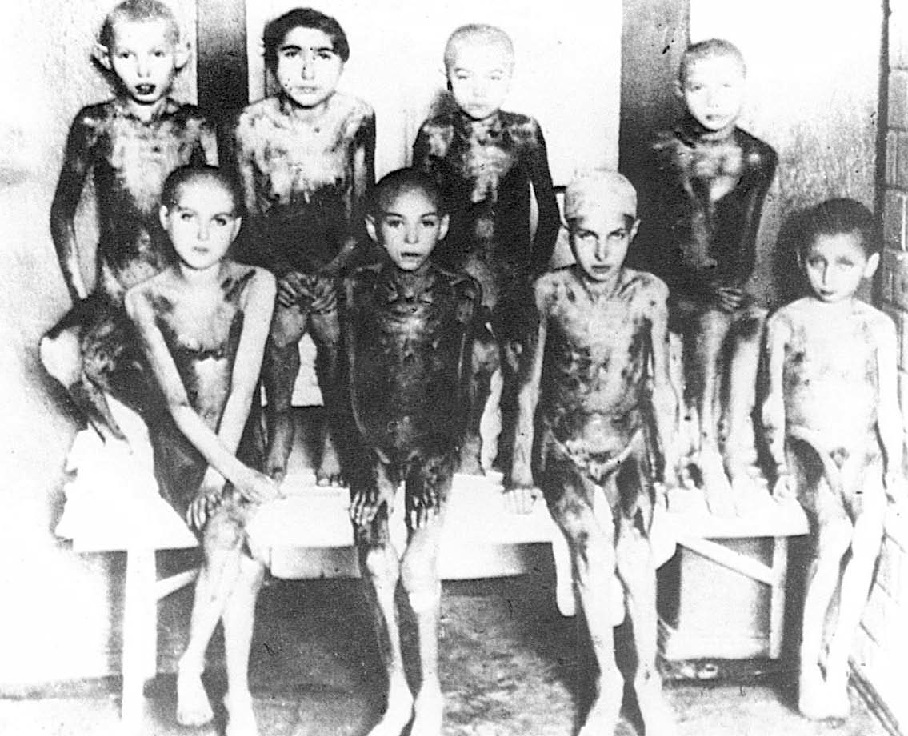 In preparation for forcing the United States to shut down their Nazi-style concentration camps in Syria, this report further notes, Russian military and naval forces have completed their training exercises  in the Mediterranean to repel any planned American military counterattack—with Foreign Minister Sergei Lavrov warning that Russia should be prepared for a Western counterattack from the Balkan Peninsula, too.

Equally concerning to the MoD, this report explains, are the events spiraling towards war on the southern border with Ukraine—where that nation’s minority ethnic Hungarian peoples are now being ordered that their children can no longer be taught their native language—radical neo-Nazi forces have begun training Ukrainian children to hate and kill Russians—and whose neo-Nazis forces have begun extending their reach into both the United States and Europe—most particularly in Germany whose armed forces have now been discovered to be harboring thousands of pro-Nazi terrorists.

With Russia having already warned the United States that it is preparing to attack their Al-Tanf base in Syria to liberate these concentration camps, this report continues, the American reaction to this promise-threat has been bizarre—best typified by the US declaring its intention to expand its Pacific military base on Papua New Guinea’s Manus Island together with Australia in a bid to stop China’s growing influence, while at the same time it has just handed over to China its “Ferrari Of War Room Software”—which is software that allows for “real time” military operational awareness relied upon by NATO and the Pentagon to make instant decisions while troops are in the field conducting live operations, and now puts the Chinese People's Liberation Army “on an equal organizational footing with some of the West’s elite military operations”.

The only guidebook apparently being used by the United States as it plunges headlong towards the abyss, this report concludes, is the one written in 1909 by the Nobel Prize winning British economist Sir Norman Angell titled “The Great Illusion”—wherein this world renowned expert “proved” that great power conflict had grown obsolete as the rising forces of globalization, economic integration and technological advance made such a conflict unthinkable among nations with so much to lose and little to gain—but whose absolute assertion that war was obsolete was followed by both World War I and World War II—and by the Americans following it today, is leading to World War III. 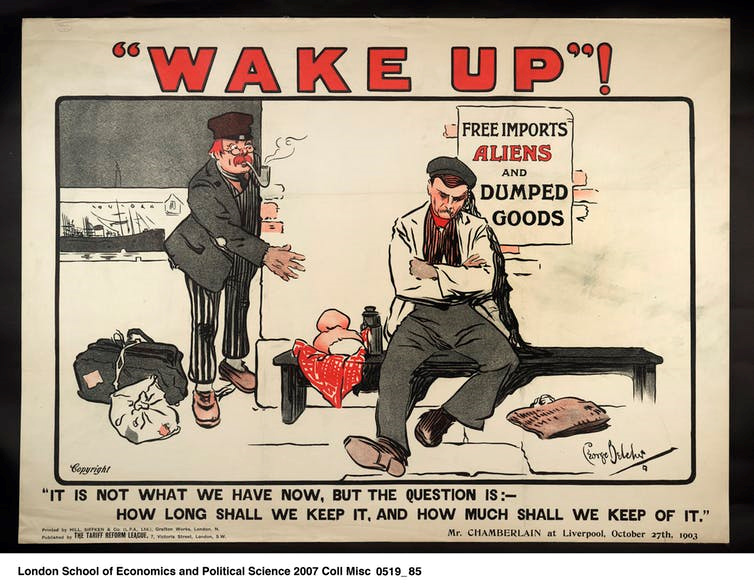 In the years leading up to World War I, the largest trading nation in the world was the British Empire whose military power spanned the globe, and whom every other nation in the world ran up huge trade deficits against and flooded with illegal aliens, but whose citizens remained asleep and ignorant of what was soon to come because their experts told them that war was obsolete.

November 18, 2018 © EU and US all rights reserved.  Permission to use this report in its entirety is granted under the condition it is linked back to its original source at WhatDoesItMean.Com. Freebase content licensed under CC-BY and GFDL.