A very concerning new Security Council (SC) report circulating in the Kremlin today says that the just launched “largest trade war in economic history” between the United States and China is rapidly crushing the Chinese economy—with its stock market plunging by over 20%, and its currency skidding to its worst month ever—and whose consequence of is leading to the creation of a new global monetary system—but whose worst outcome was revealed yesterday by the releasing of once top secret Chinese government memos showing that they are preparing to “win a world war” against President Trump—with their first move to accomplish this occurring just hours ago by the destruction of the denuclearization agreement Trump had made with North Korea.  [Note: Some words and/or phrases appearing in quotes in this report are English language approximations of Russian words/phrases having no exact counterpart.] 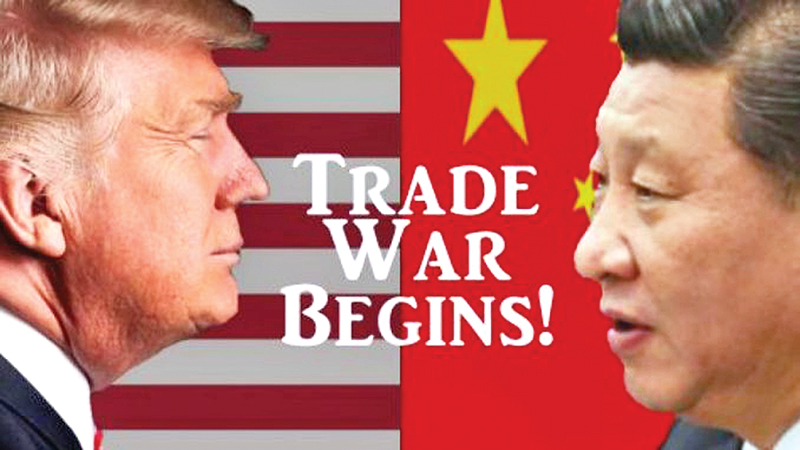 According to this report, while the masses of American people remain propaganda-blinded to the greatest existential threat their nation has ever faced, and that has caused this historic trade war with China, the same cannot be said of the Russian peoples—as just this past fall, President Putin warned:

Artificial intelligence is the future, not only for , but for all humankind.  It comes with colossal opportunities, but also threats that are difficult to predict.

Whoever becomes the leader in this sphere will become the ruler of the world. 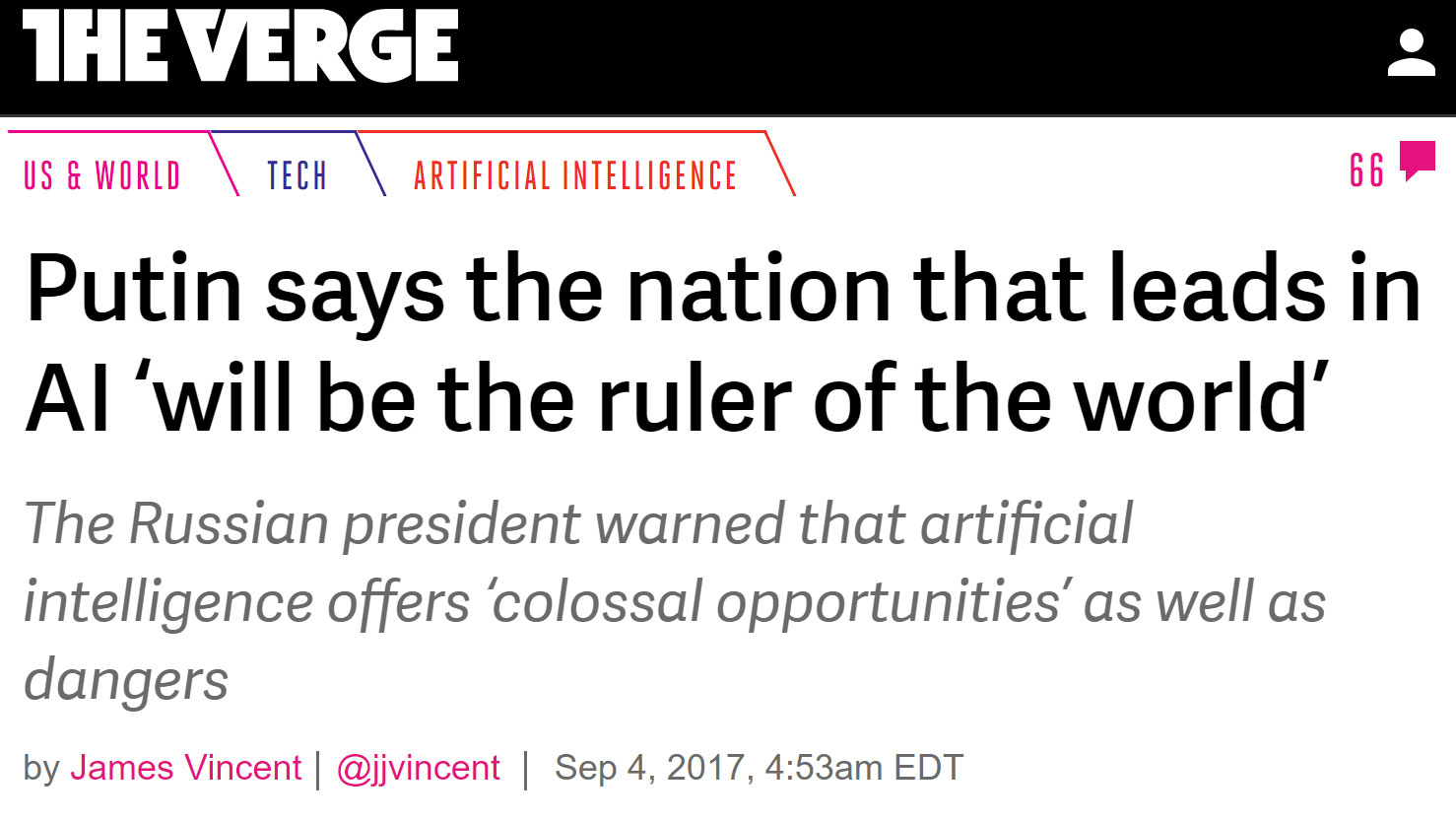 The technological structure needed to be created before the full realization of the nearly God-like powers of Artificial intelligence (AI) can be realized, however, this report explains, is the “Internet of Things” (IoT)—that is the network of physical devices, vehicles, home appliances, and other items embedded with electronics, software, sensors, actuators, and connectivity which enables these things to connect and exchange data, creating opportunities for more direct integration of the physical world into computer-based systems, resulting in efficiency improvements, economic benefits, and reduced human exertions.

The “Internet of Things”, though, this report further explains, cannot be fully accomplished without international standards being agreed upon for the “backbone” communication structure between devices—that is known as 5G—and was, likewise, noted by President Putin, in his 1 March 2018 address to the Federal Assembly, as being critical to the Russian Federation—thus leading Moscow (over 12.4 million population) striving to become the first city in the world to be fully 5G by 2020—but Russia, at the same time, having to block Western European nations from having access to this technological accomplishment—and further warning the West that if its belligerence doesn’t stop, Russia would cut off its internet from them completely. 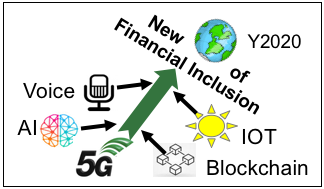 In this global race to achieve 5G dominance in order to “rule the world” by AI advances, this report details, China has been the “odd man out”—as, unlike Russia, the United States and various European nations, it doesn’t have a multi-decade establishment of scientific research institutions and universities from which to draw technological advances —with their, instead, relying on the outright theft of technological advances from the West to achieve their nation’s goals—and whose staggering toll the US estimated is as high as $600 billion a year.

With 5G being the major factor behind this historic US-China trade war to see who will win at capturing what will be a $12 trillion technology, this report continues, President Trump is striking right at the very heart of the Chinese economy—whose currency is linked to the US Dollar—but that Trump is trying to collapse so that China will be forced to set up its own monetary system—with Trump, also, being supported in this effort by Chairman of the Board of Governors of the Federal Reserve System Jerome H. Powell, and who has warned China that he will “not alter the course of US monetary policy to assist with any credit disturbances outside his own jurisdiction”—thus, in effect, and if successful, would create an entirely new global monetary system. 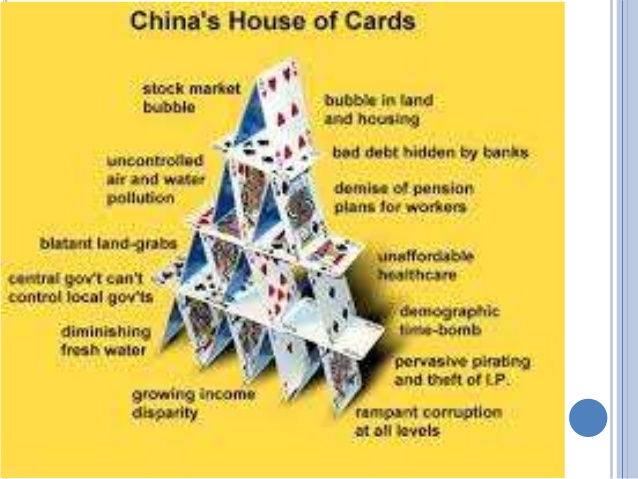 With China’s “house of cards” economy being a complete sham, this report notes, President Trump’s forcing the Chinese through this historic trade war to de-link their currency from the US Dollar has caused their stock market to collapse and their currency to crumble—and that has caused over one-third of China’s millionaires to seek to flee from there with their money and their families, and whose most preferred new destination is the United States.

In knowing what President Trump was planning to do to them, this report gravely says, newly released top secret documents reveal that this past February, the Chinese Central Military Commission began preparing for war against the United States—with the Chinese declaring in these documents that “war was unavoidable” as they had fallen into a “Thucydides Trap”—that is a deadly competition between superpowers first identified by ancient Greek historian Thucydides who explained: “It was the rise of Athens and the fear that this instilled in Sparta that made war inevitable”. 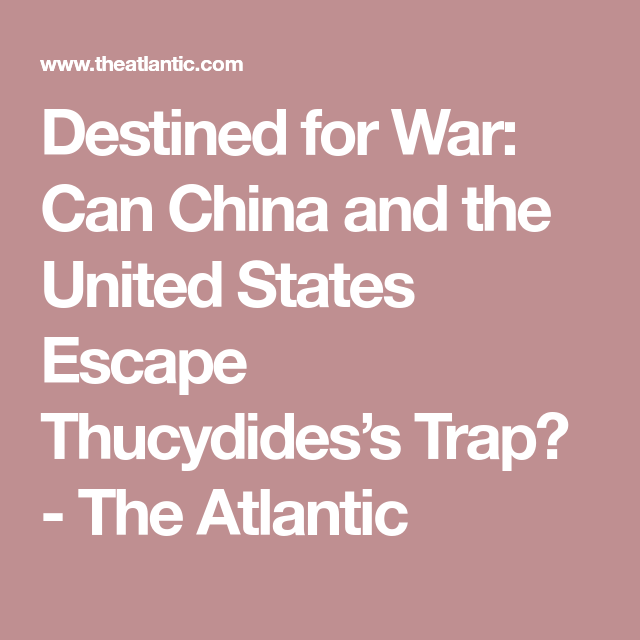 With China now, just hours ago, attempting to destroy President Trump’s denuclearization agreement with North Korea as a means of defending itself, with their hoped for two-fold goal being to force Trump to stand down against them, while at the same time allowing Trump’s enemies in the US to further harm him, this report concludes, most ironically being left as the only nation in the world being able to defend the United States against the Chinese is Russia—whose borders with both China and North Korea, along with its massive military and nuclear weapons strength, would immediately cause all war provocations to end—and that, at least, Trump knows is true as he prepares to meet President Putin. 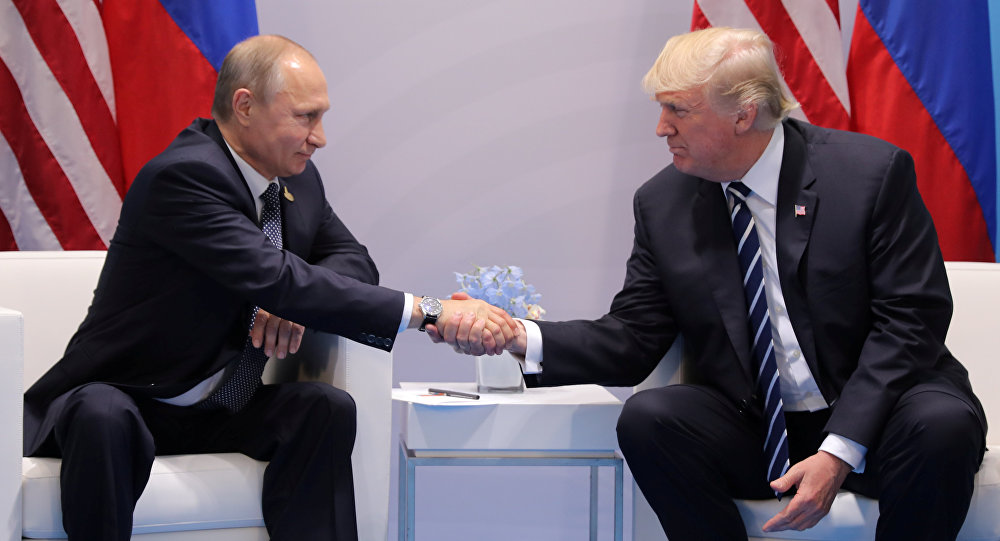 July 7, 2018 © EU and US all rights reserved.  Permission to use this report in its entirety is granted under the condition it is linked back to its original source at WhatDoesItMean.Com. Freebase content licensed under CC-BY and GFDL.