After reading, and fully absorbing, Sister Ciara’s jaw-dropping special report (Liberation Day Arrives In Europe As Blockade Falls On US Mainstream Media Outlets) yesterday, I began to understand why the American people are so clueless about what’s happening in North Korea—especially as Kim Jong-un, and the entire North Korean leadership, are living in hourly fear of a Chinese invasion that will not only depose them, but kill them too—with the only words I’ve found being able to describe the truth of what’s happening to the people in the US being those of President Trump’s former advisor Steve Bannon:  “The media bubble is the ultimate symbol of what’s wrong with this country.  It’s just a circle of people talking to themselves who have no fucking idea what’s going on.”

Now before I continue explaining to you why the American people are so clueless, and why millions, if not tens-of-millions, of them are now actually cheering on the destruction of their own country, please allow me to tell you what the heck is really going on in North Korea.

First of all, you must place in your minds this one point of FACT that’s etched in solid global geopolitical granite—Communist China will NEVER-NEVER-EVER allow any American or Western troops on its border—and is why, during the 1950-1953 Korean War, they sent nearly 500,000 suicide troops up against the full might of the United States and United Nations when the North Koreans were on the brink of total defeat.

The only way to have stopped China was by the use of America’s nuclear weapons, but that President Truman refused to allow General Douglas MacArthur to use, even thought it cost the lives of thousands of US troops—with Truman even having to fire General MacArthur—but that didn’t have anything to do with the Chinese, but the Communist Soviet Union—who had amassed over 500,000 in Asia and were ready to attack and join this war, too, if atomic weapons were used—after all, the Russians weren’t going to allow Western troops on their border with Korea either.

So, and for the past 65 years, since 1953, the Korean War has remained in a stalemate with no peace treaty being signed between the warring parties—but whose cessation of hostilities has been successfully managed by the tripartite powers of the United States, China and Russia—none of whom were ever able to gain an advantage, because as one side would attempt to move, the other two would gang up against them. 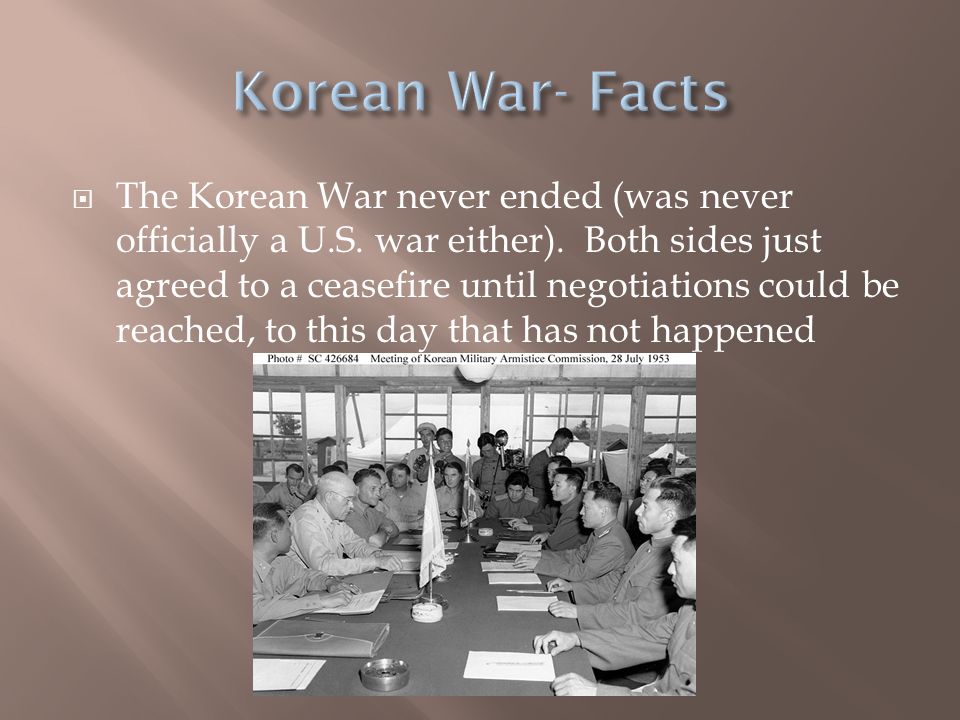 On 8 November 2016, however, this 65 year long tripartite cold truce between the United States, China and Russia over North Korea melted in the flames of President Donald Trump’s election—and that took Russia entirely out of this equation (because of so-called election meddling)—thus meaning that, for the first time since 1953, the Americans and Chinese were facing off alone—and with no one having ever attributed common sense as being exhibited by North Korea, saw them start to detonate nuclear bombs, fire off ballistic missiles and threaten the United States with “destruction”.

Now in normal times, and as has happened too many times in the past to count, whenever North Korea started punching above its weight, various combinations of the tripartite powers would put them back into place—most often China and Russia, but at times the US and China and/or US and Russia—depending upon whatever the global geopolitical mood was at the time.

This time though, and after the “genius” Democrats in the US decided to sideline Russia by using it as a political battering ram against President Trump, the Chinese, very predictably, and exactly as they had done in 1950, rushed over 300,000 troops to the North Korean border—which in times past would have seen a rushing to the North Korean border of an equal number of Russian troops—but when those didn’t appear, then saw North Korea rushing to President Trump to defend them.

Here’s another important FACT for you to remember, China doesn’t care one wit about North Korea, they only care about keeping US and Western troops from their borders, and is why the first thing that they’ll do, if they start this war anew, will be to decapitate the entire North Korean leadership and install a new puppet government—and that President Trump is exploiting by promising North Korean leader Kim Jong-un that if he gives up his nuclear weapons, the US will protect his life and keep him in power.

As the Sisters in their report the other day further explained about this crisis:  China has “thrown its North Korea poker chip onto the global trade war gaming table” too—that President Trump called Chinese sabotage—but that Trump quickly retaliated against by having his Pentagon ban the sale of Chinese made Huawei and ZTE phones on all US military bases—whose effects of shattered Chinese telecom giant ZTE whose over 75,000 workers now sit idle in their manufacturing plants—with Trump, also, cancelling his 12 June summit with North Korean leader Kim Jong-un.

As of today, President Trump is hinting that the 12 June summit with North Korean leader Kim Jong-un may be back on, and is most certainly due to Trump and China working out a new deal with Chinese telecom giant ZTE that will allow it to reopen—with the “Gordian Knot” left to be resolved being if Kim Jong-un will trade his nuclear weapons for Trump’s protection against the Chinese, or if China will just invade North Korea and end this problem for them forever. 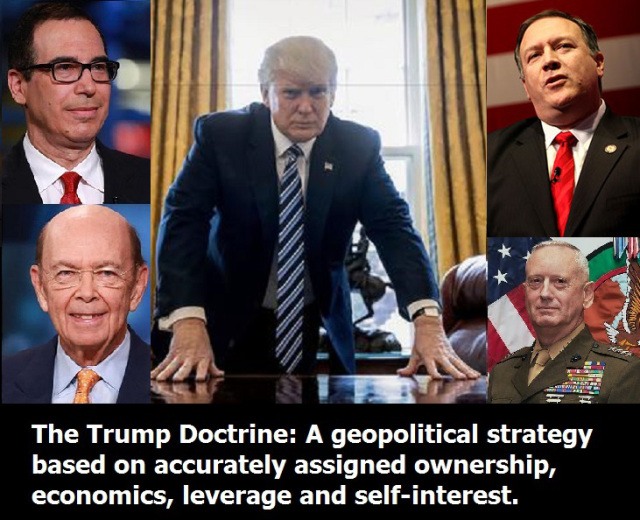 Everything I’ve just explained to you about what the heck is going on in North Korea is called THE TRUTH—is 100% verifiable, and based on over 6 decades of historic examination of tripartite Great Power geopolitical maneuvering on the global stage by the United States, China and Russia—which should leave any sane minded American to ask, what in the world is the US mainstream media doing!?!

Seriously, and though, indeed, a very critical issue, why can’t the US mainstream media even tell, and explain, the most simple truths anymore about anything?

For another recent example, consider CIA-MI6 operative Stefan Halper, whom the Obama regime placed as a spy in the Trump campaign—and whom the Sisters first told you about on 12 May—who in the past ran an illegal CIA spying operation against President Jimmy Carter during the 1980 US presidential election, and was laughed out of Cambridge University, in 2016, when he cried that Russians were everywhere—but whom the US mainstream media still won’t even mention by name (after all, they can’t have their viewers and readers Googling the name Stephan Halper, can they?)—first denied he even existed—then declared his life would be in danger if anyone discovered who he was—then, after real truth tellers, like us, exposed him, declared Trump was lying about being spied on—with these supposed to be “mainstream” journalists now settling upon the comical narrative that Halper wasn’t a spy, but an “informant”, and was only secretly placed into the Trump campaign for “benign information gathering”.

I don’t know about you folks, but in my opinion, if this same US mainstream media we see today were around during the days of President Richard Nixon, he would have never been impeached and had to resign from office in disgrace—after all, the only thing he did was have a team of ex-CIA operatives (like Stefan Halper is today) place bugs into the offices of the Democratic National Committee to spy on presidential candidate Senator George McGovern—which was, undoubtedly, the right thing for Nixon to do as McGovern was a known friend of the Russians and wanted to make peace with them—thus justifying the “benign information gathering” operation launched against him. 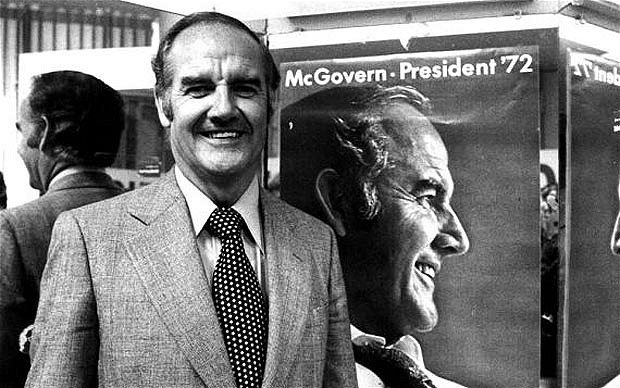 The US mainstream media, as it was constituted in the 1970’s during the days of President Nixon, and as Sister Ciara so accurately, and devastatingly, described yesterday, will never be seen or heard from again as the once all-powerful American newspaper industry is all but dead—and who, in the past few decades alone, have jettisoned hundreds-of-thousands of jobs—and where daily and weekly newspaper publishers employed about 455,000 reporters, clerks, salespeople, designers and the like in 1990—by January 2017, that workforce had more than halved to 173,900—with those losses being felt in almost every region of the United States.

Critical for you to note about the collapse of this American newspaper industry, too, is that this isn’t just a shift in medium, it’s also a shift in sociopolitics, and a radical one—because where newspaper jobs were once spread nationwide, internet jobs are not—with today, 73% of all internet publishing jobs being concentrated in either the Boston-New York-Washington-Richmond Corridor or the West Coast Crescent that runs from Seattle to San Diego and on to Phoenix—with the Chicagoland Area, a traditional media center, capturing 5% of the jobs—thus leaving a paltry 22% going to the rest of the United States where the vast majority of people live.

What this has created, as you are no doubt aware, is what is being called a leftist Democratic Party controlled “media bubble”—that is concentrated heavily along the coasts of America, and is growing more extreme by the day! 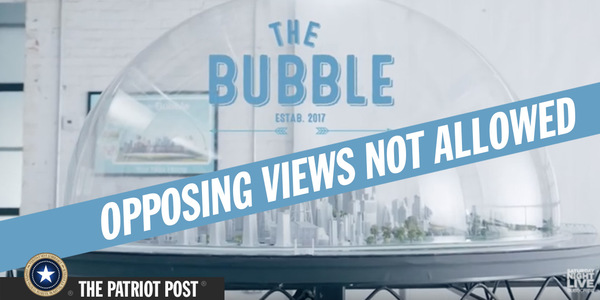 With Facebook and Google having become the most powerful “media bubble” giants our world has ever seen—and whose exposure as being the criminal organizations they are now sees them today being hit with over $8.8 billion in lawsuits in Europe—you should know that Facebook has announced its intention to completely eliminate all conservative news and information by the 2018 US Midterm election day—with Facebook’s Instagram service even going so far as to ban President Trump’s son Donald Jr.’s name from ever being seen again because they say his name “encourages harmful behavior”—and that no one should have any illusions about their changing, most particularly with Hillary Clinton now declaring that she wants to be Facebook’s new CEO.

Other leftist “media bubble” mainstream media outlets intent on destroying America you should, also, know about are Slate, that’s now calling for total censorship of conservative films, and CNN, which says that during the upcoming 2020 US presidential election, they’re going to near totally eliminate coverage of President Trump—to just mention a couple of the hundreds of examples I could give you as this shocking new wave of total censorship sweeps over America. 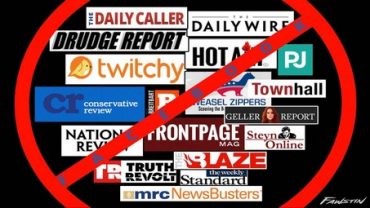 As grave as this situation has become, the Sisters and I believe that there are many of you out there who still remember the Biblical story of David and Goliath—that describes how a lowly boy named David trusted God enough to square himself up against the Philistine giant warrior Goliath—and in this trust was able to fell this giant—but with it being most important for you to remember about this story that standing behind David, was a mighty army ready, willing, and able to defend him.

Today, the Sisters, and others like them, are standing on a new battlefield facing off against a leftist “media bubble” giant to determine, yet again, how great the world’s faith in God is—but when the Sisters, like David before them, turn around, will YOU be standing in the army behind them?

And if so, show the Sisters that you’re there by giving what you can today by clicking below—so that when this final battle comes, they’re able to withstand the Hellstorm you surely know is coming against us all—but whose few in numbers matter not, as long as God is on their side, and YOU are on HIS—or, of course, you can just simply turn away, go back to your life, and be content with your minds, and those of your children and family, being filled with lies—forever.

Thank you for listening, and as always too, please feel free to write me at [email protected] with any comments/questions/suggestions, and remembering to put ATTN: BRIAN in the subject line.