An alarming new Ministry of Defense (MoD) report circulating in the Kremlin today states that the Pacific Fleet (PF) has just been alerted to a now existing “deconfliction zone” in the Sea of Japan ahead of what is expected to be a massive missile strike on the Democratic People’s Republic of Korea (North Korea) by Israeli Naval Forces—and that Israeli Prime Minister Benjamin Netanyahu is preparing to personally command the operation of by his moving all security cabinet meetings from the prime minister's office to a high-tech underground secure bunker in Jerusalem which hosts his nation’s National Crisis Management Center—but that North Korean ally China is, apparently, attempting to counter with it being discovered, just hours ago, that the most secret information on Israel’s submarine fleet has gone missing. [Note: Some words and/or phrases appearing in quotes in this report are English language approximations of Russian words/phrases having no exact counterpart.] 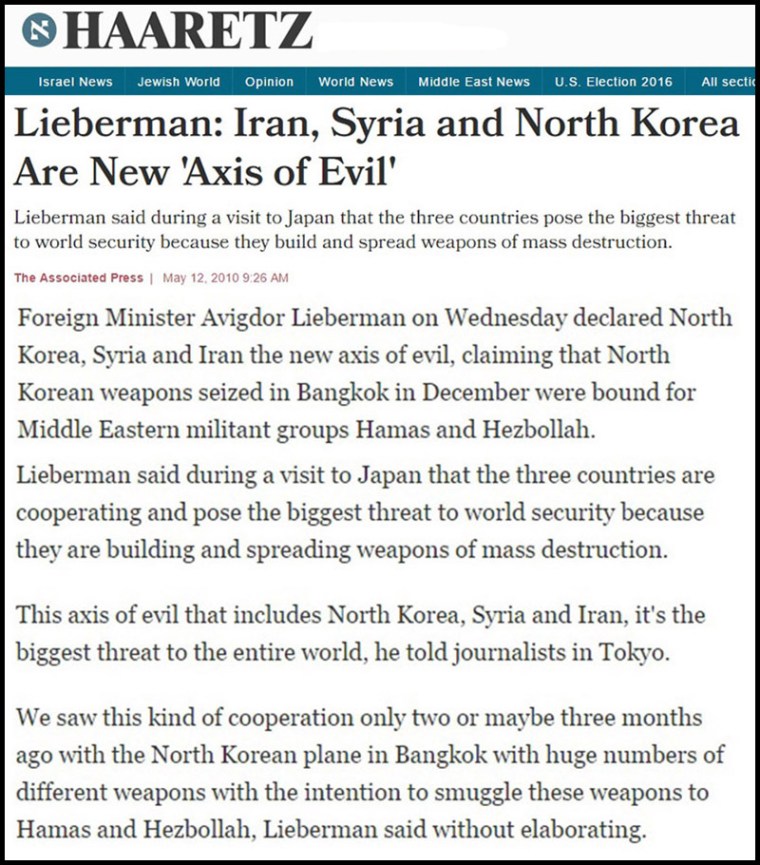 According to this report, in a surprise and potentially far-reaching victory for Israeli Prime Minister Netanyahu, his government, on 1 May, gave him the authority to declare war or order a major military operation by consulting only his Defense Minister, and not via a full cabinet vote as the law had previously required—immediately after which Netanyahu traveled to Moscow to meet with President Putin where he “detailed” Israel’s “fears/concerns” that North Korea was preparing to transfer its nuclear weapons technology to Iran—and that late last year, the highest government and military levels of North Korea and Iran began planning for. 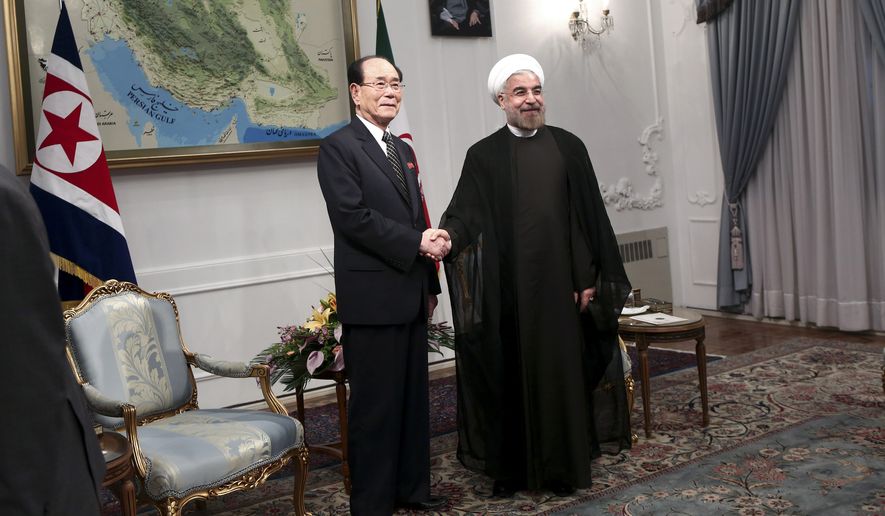 Kim Yong-nam (left), ’s No. 2 political leader and head of its legislature, meets with Iranian President Hassan (right) this past August

In late 2010, this report details, global concerns began to rise when leaked diplomatic cables revealed that shipments for ballistic missiles and nuclear weapon components from North Korea to Iran passed through China—and whose concerns accelerated last year when a series of high-level meetings between Iranian and North Korean officials began—but whose “breaking point” for Israel was reached this past fortnight when Iran declared it would restart its nuclear programme.

This past November, 2017, this report continues, Israel’s worst fears were realized about a covert North Korea-Iran military alliance when French warships patrolling the Arabian Sea seized Iranian ships smuggling North Korean weapons into Somalia—and whose information gathered from led, this past January, 2018, to the “highly suspected” Israeli Naval submarine torpedoing of the Iranian oil tanker Sanchi in the East China Sea after it had left North Korean waters—and that killed all 32 crewmembers. 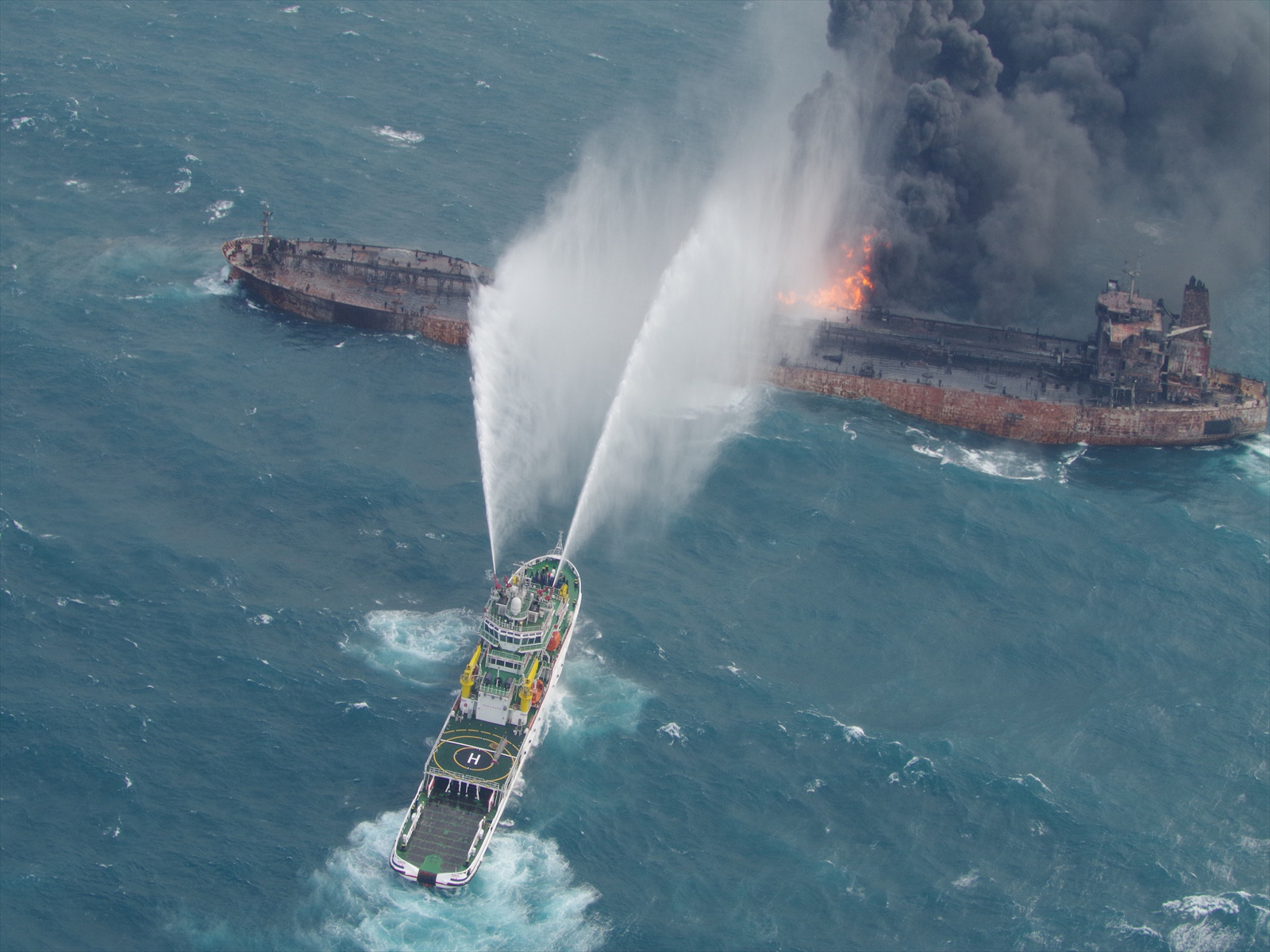 Iranian oil tanker Sanchi torpedoed and sunk, with all lives lost, by believed to be Israeli Navy submarine in in January, 2018

The “scheme” being employed by North Korea to smuggle its nuclear weapon and ballistic missile technology to Iran, this report explains, involves Iranian oil tankers leaving Chinese ports and their then being met by smaller North Korean vessels offloading oil to break the US sanctions regime, and whose payment for same contains some of the most feared nuclear weapons known to exist—and that the United Nations has been working furiously, but to no avail, to stop.

With the United Nations failing to stop the transfer of nuclear weapon and ballistic missile technology from to , however, this report notes, has countered by the deployment of their small but very deadly submarine fleet to Asian waters—who are now preparing to strike, and reviving fears that Israel’s Navy could actually start a nuclear war. 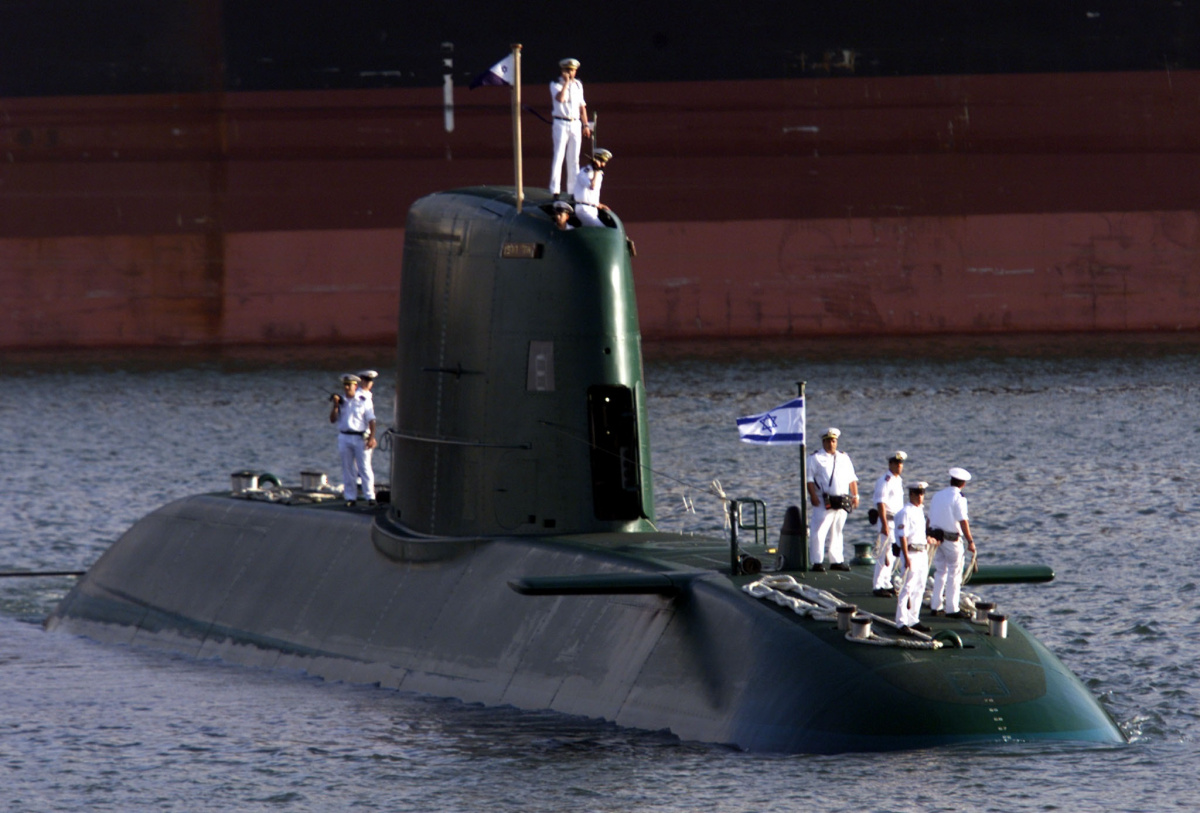 Most interesting to note in this report are MoD intelligence analysts placing Israel’s threat to strike North Korea within the context of the current high-stakes geopolitical poker game being played out between the United States and China—with the Security Council (SC), on 16 May, describing how China had “thrown its North Korea poker chip onto the global trade war gaming table”—that President Trump, just yesterday, called Chinese sabotage—but that Trump quickly retaliated against by having his Pentagon ban the sale of Chinese made Huawei and ZTE phones on all US military bases—and whose effects of shattered the Chinese telecom giant ZTE whose over 75,000 workers now sit idle in their manufacturing plants.

To President Trump’s “ace in the hole” (a plan or piece of information kept secret until it becomes necessary to use it) in this dangerously growing geopolitical poker game, this report concludes, is Israel—who under the self defense doctrines of the International Laws of War is legally able to strike North Korea due to its being an existential threat to their very survival—and that when occurs, would not allow North Korea to attack any other nation but Israel—but should they do so, would then give the United States the full legal right to defend itself and its allies by destroying the North Korean regime—thus giving Trump the full right to declare that he didn’t start a war, he only finished it. 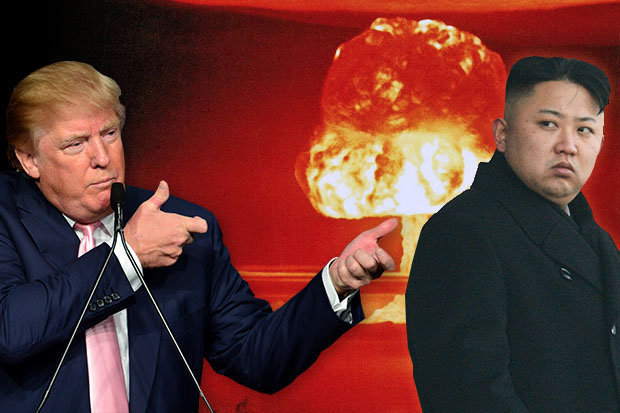 “I don't have to tell you what I'm going to do in North Korea.  You know why?  Because they shouldn't know.”

May 23, 2018 © EU and US all rights reserved.  Permission to use this report in its entirety is granted under the condition it is linked back to its original source at WhatDoesItMean.Com. Freebase content licensed under CC-BY and GFDL.