In what at first glance appears to be a science fiction film script pulled from the 1984 movie “The Terminator”, a new Ministry of Defense (MoD) report circulating in the Kremlin today is shockingly all too real as it reveals that an American journalist named Bilal Abdul Kareem is now pleading for his life before US Federal Judge Rosemary Collyer, the Presiding Judge of the United States Foreign Intelligence Surveillance Court, by his claiming that he is being relentlessly targeted by a robotic “Terminator” assassination drone being controlled by “SKYNET”.  [Note: Some words and/or phrases appearing in quotes in this report are English language approximations of Russian words/phrases having no exact counterpart.] 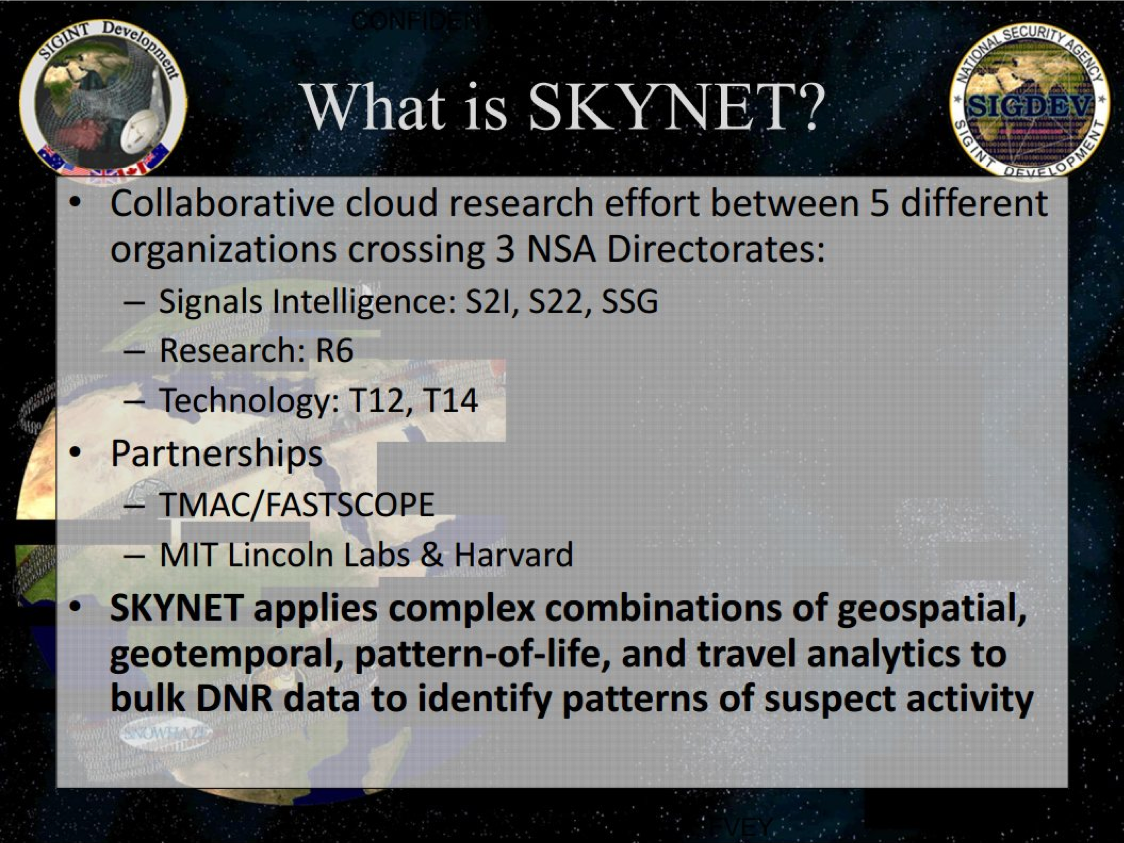 According to this report, in late 2016, Russian military police forces protecting the perimeter of the Hmeimim Air Base, located in the Latakia Governorate, Syria, were “rapidly approached” by a vehicle being driven by Syrian-Pakistani journalist Ahmad Muaffaq Zaidan, who is a bureau chief for the Qatar state funded Al Jazeera news service—and whose “companion” identified himself as an American freelance journalist named Bilal Abdul Kareem—whom Russian intelligence services suspected of being a supporter of Islamic terrorists due to his frequent travels to rebel-held areas in Syria that other Western journalists had fled for fear of their being kidnapped and beheading by jihadists.

As to why these two journalists approached a Russian control zone in Syria, this report explains, was due to their knowledge that it was protected from American airstrikes—as they detailed to Russian military police forces that they were both being relentlessly “stalked for death” by US “Terminator” assassination drones—and whose threat of living under was chillingly described by Pakistani tribal leader Malik Jalal, one of the leaders of the North Waziristan Peace Committee, who revealed that “friends decline my invitations and I have taken to sleeping outside under the trees, to avoid becoming a magnet of death for my family”, and who in pleading for his life, in 2016, traveled to England and wrote:

I don’t want to end up a “Bugsplat” – the ugly word that is used for what remains of a human being after being blown up by a Hellfire missile fired from a Predator drone.

More importantly, I don’t want my family to become victims, or even to live with the droning engines overhead, knowing that at any moment they could be vaporized.

I am in this week because I decided that if Westerners wanted to kill me without bothering to come to speak with me first, perhaps I should come to speak to them instead.  I’ll tell my story so that you can judge for yourselves whether I am the kind of person you want to be murdered. 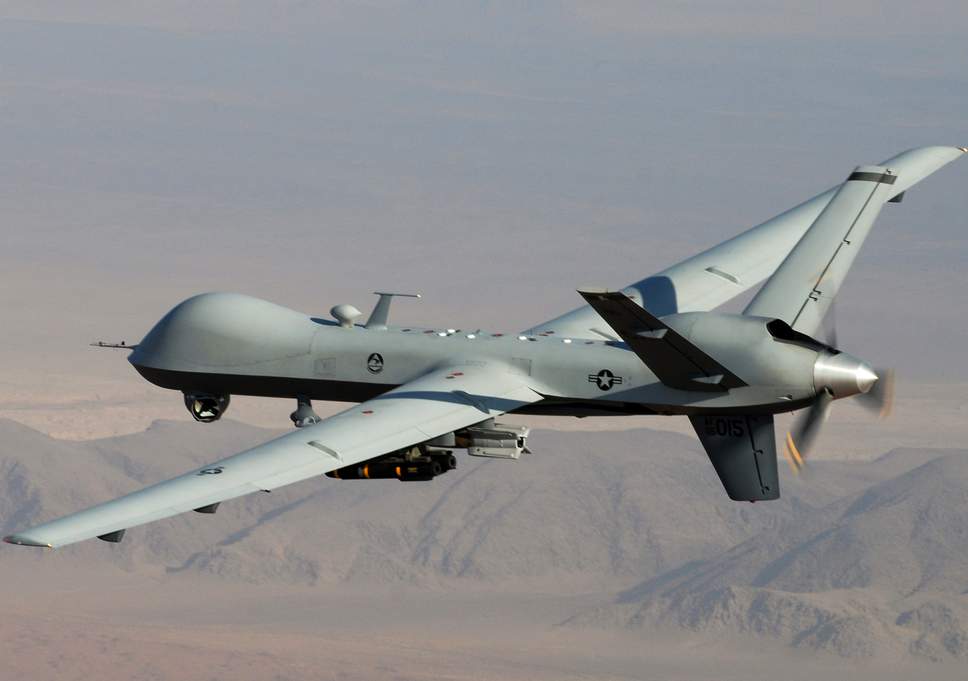 Not being widely known to the American people, this report continues, is that in the Summer of 2013, President Obama had his intelligence agencies create for him what is now known as the “Secret Kill List”—that he claimed he was authorized to do under a little known 1946 US federal statute titled the Administrative Procedure Act (APA)—and whose purpose of was the creating of a complex grid of suspected terrorists to be traced then targeted for death in drone strikes, and known simply as the “disposition matrix”.

As if the United States creating for itself a “Secret Kill List” wasn’t horrific enough, this report notes, this “disposition matrix” went into full insanity mode when it was put under the total control of SKYNET—which is a program run the US National Security Agency that performs machine learning analysis on communications data to extract information about possible terror suspects—and in reality means that every single person being targeted for death by these Americans is being done by a secret computer algorithm absolutely no one is allowed to know about—and that even top computer experts in the United States have called “complete bullshit”—and who further shockingly revealed:

SKYNET's classification algorithm analyses the metadata and ground truths, and then produces a score for each individual based on their metadata. The objective is to assign high scores to real terrorists and low scores to the rest of the innocent population.

If 50 percent of the false negatives (actual "terrorists") are allowed to survive, the NSA's false positive rate of 0.18 percent would still mean thousands of innocents misclassified as "terrorists" and potentially killed.  Even the NSA's most optimistic result, the 0.008 percent false positive rate, would still result in many innocent people dying.

A false positive rate of 0.18 percent across 55 million people would mean SKYNET has mislabeled 99,000 innocents as being “terrorists”

In “consultation” with the Foreign Intelligence Service (SVR), this report continues, Russian military police forces in Syria released American journalist Bilal Abdul Kareem and Al Jazeera bureau chief Ahmad Muaffaq Zaidan and escorted them to Damascus (Syria’s capital)—and from where they departed to London and retained the services of the powerful international law firm of Lewis Baach Kaufmann Middlemiss PLLC—and whom, on 30 March 2017, filed a lawsuit in US Federal Court against President Donald Trump, and the entire American intelligence and military establishment claiming:

Plaintiffs Ahmad Muaffaq Zaidan (hereinafter “Zaidan”) and Bilal Abdul Kareem (hereinafter “Kareem”) bring this action to prohibit defendants from placing and maintaining them on a “Kill List” (also referred to as a “Disposition Matrix”), which has resulted in their being targeted for death.

Plaintiffs are both journalists who do courageous and important reporting in some of the most difficult areas of the world.

Their travel, communications, social media content and contacts, related data and metadata have been input into “algorithms” used by the to identify terrorists.

Those algorithms have identified them as persons to be killed, not because they are terrorists but because the methodologies employed by defendants result in the unjustified killing of innocent people.

Plaintiffs’ inclusion on the Kill List is the result of arbitrary and capricious agency action, accomplished without due process, and in violation of the Constitution and and international law. 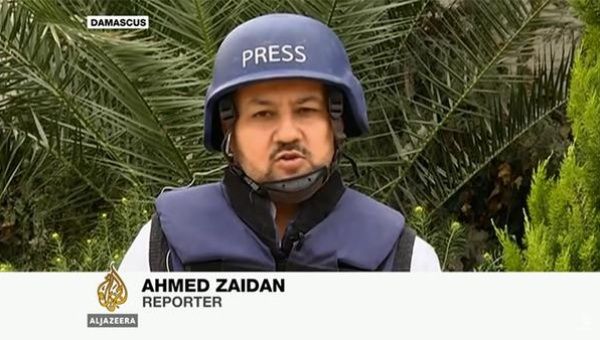 This past week, on 13 June, this report concludes, top US Federal Judge Rosemary Collyer denied her government’s bid to dismiss this lawsuit with her stating in her 30-page ruling “due process is not merely an old and dusty procedural obligation required by Robert’s Rules…instead, it is a living, breathing concept that protects U.S. persons from overreaching government action even, perhaps, on an occasion of war”—but who did dismiss from this case Al Jazeera bureau chief Zaidan (as a plaintiff) and President Trump (as a defendant)—thus meaning that American journalist Kareem is now fighting this battle to save his life alone—and about whom Judge Collyer stated “he wants the opportunity to persuade his government that he is not a terrorist or a threat so that the alleged authorization to kill is rescinded”—though no one knows when, and where, SKYNET might strike him next, as their relentless “terminators” stalk the world, and whose computer minds know nothing of compassion, only sure and certain death for their victims. 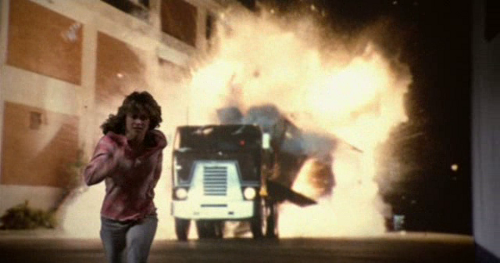 June 17, 2018 © EU and US all rights reserved.  Permission to use this report in its entirety is granted under the condition it is linked back to its original source at WhatDoesItMean.Com. Freebase content licensed under CC-BY and GFDL.