An intriguing Foreign Intelligence Service (SVR) report circulating in the Kremlin today is describing the entire leftist American “fake news” propaganda media establishment as having gone into “total meltdown” after forces loyal to President Donald Trump downed their first major “Swamp Monster” this week—and whom the SVR has identified as Peter P. Strzok II, who until yesterday was the chief of the counterespionage section of the Federal Bureau of Investigation (FBI) assigned to the team headed by Special Counsel Robert Mueller investigating the totally discredited Russian hacking meme—and with Strzok II now placed in the FBI’s human resource section holding a desk with no duties assigned to him.  [Note: Some words and/or phrases appearing in quotes in this report are English language approximations of Russian words/phrases having no exact counterpart.]

According to this report, Peter P. Strzok II (refered to in the media as Peter Strzok) is the son of a former US Army officer living in named Peter P. Strzok I (who frequently writes intelligence related articles for his local newspaper)—and whose parents (Peter I and Virginia), on 15 May 1987, announced in their local Saint Cloud, Minnesota, newspaper that he was going to attend  Georgetown University in Washington D.C..

In 2013, this report continues, published a list of their “Capitol Project and Endowment Donors” listing Peter P. Strzok II as has having graduated in 1991, and his further receiving a Master of Arts (MA) degree there too in 2013—and that after his 1991 graduation, saw him joining the FBI, where by 1997, a US Federal lawsuit, titled “Croddy, et al. v. FBI et al. Civil Action No. 00-651 [EGS]”, noted at Section III.THE PLAINTIFFS/A.ERIC CRODDY (FBI)/Line 67 that he was then an Intelligence Research Specialist dealing with chemical and biological terrorism incidents.

As the SVR maintains a “corruptibility rating” on all known US officials, this report continues, Peter P. Strzok II, in 2002, was ranked by Russian intelligence experts as being in the “highest category” of this rating scheme due to his FBI estimated salary being $125,000 per year—but his then purchasing a home in one of the richest counties in America located at 3214 Prince William Drive, Fairfax, Virginia—and that he had jointly purchased (and whose current worth is $584,900) with a Security And Exchange Commission (SEC) officer named Melissa R. Hodgman—and whom the SVR had, also, ranked in their highest category of corruptible US officials. 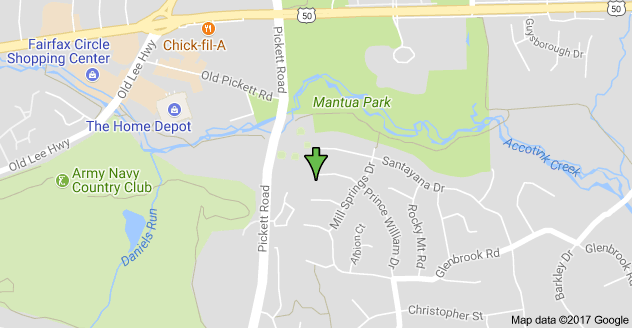 During the 2016 presidential election, this report notes, both Peter P. Strzok II and Melissa R. Hodgman played “key/central” roles as Hillary Clinton operatives within the American “Deep State”—with then FBI Director James Comey stating that his team, led by Peter P. Strzok II, “moved heaven and earth” to finish their review of Hillary Clinton’s e-mails in time for him to reveal on Sunday, 7 November, less than 48 hours before the election, and that they had found nothing incriminating—while at the same time, Melissa R. Hodgman (who had been appointed by the Obama regime as an Associate Director in the SEC Enforcement Division on 14 October 2016) filed US Federal charges against a lawyer named William Uchimoto (the son of Dan Uchimoto who was one of the most decorated Japanese American soldiers in World War II).

The Hillary Clinton “Deep State” attack upon William Uchimoto, this report explains, was due to his investigating a Georgetown University law professor named Chris Bummer for his money laundering ties to the Clinton Foundation—but with all of the “fake charges” leveled against him by Melissa R. Hodgman being thrown out of court by US Federal Judge P. Kevin Castel this past March (2017). 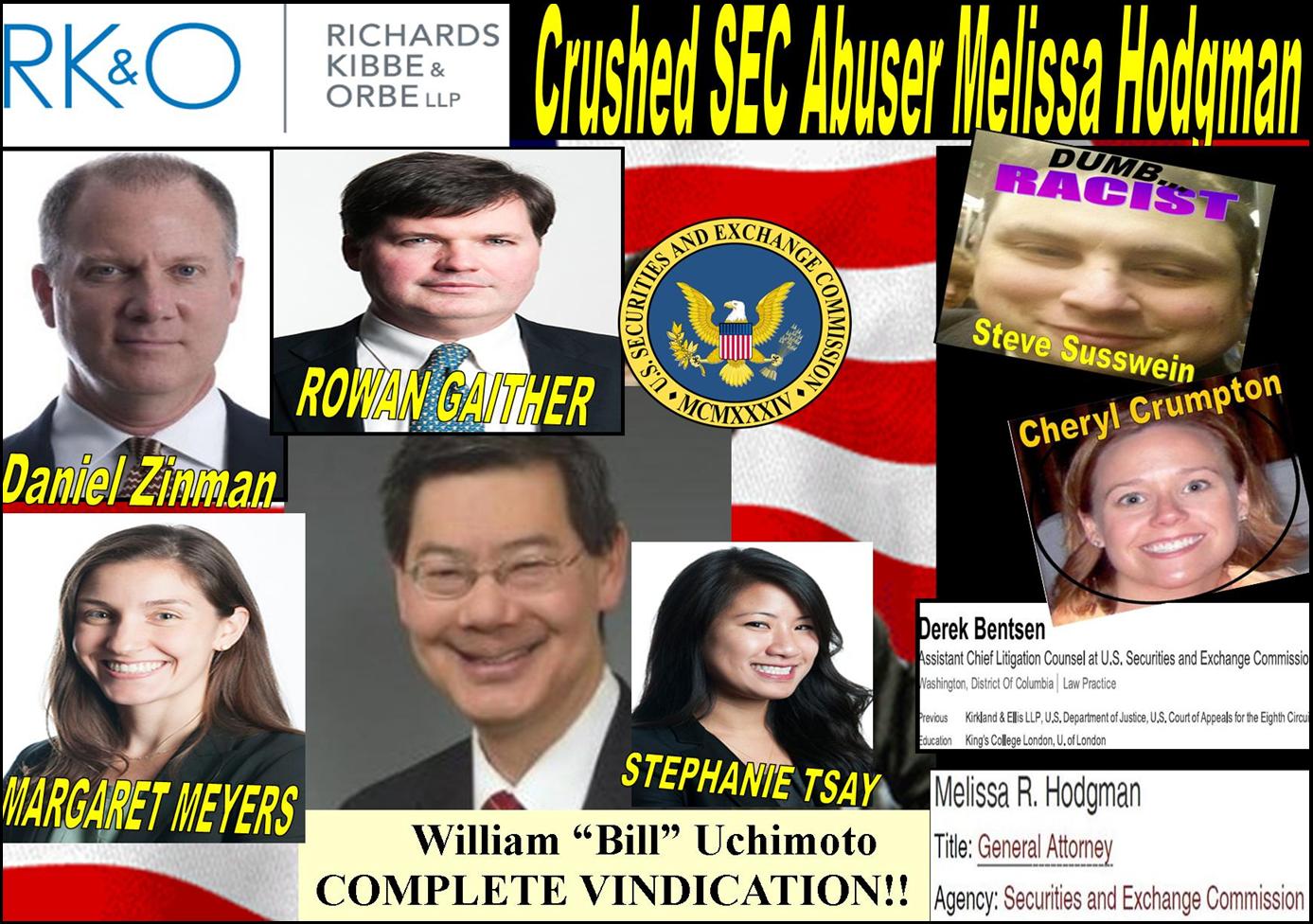 As to how Peter P. Strzok II came to head the FBI's counterespionage division investigating Hillary Clinton, and then became part of Special Counsel Mueller’s team investigating President Trump, this report says, is a testimony to the sheer and corrupt power of the American “Deep State” seeking now to overthrow their own government in a coup d’etat—and should that fail, outright assassinate President Trump as they have publically stated they would do.

Failing to be noticed about the “Deep State” open warfare against President Trump by nearly all of the American people too, this report continues, is it being orchestrated and led by George Soros—who is known as the “Godfather of Globalism” seeking to destroy America’s sovereignty and is spending multiple millions of dollars to do so—and who, also, in a 20 December 1998 interview with the US based 60 Minutes television programme, stunningly admitted his glee with being a Nazi collaborator during World War II and sending tens-of-thousands of Hungarian Jews to their deaths—and which in this interview he shockingly stated that “it was the best time in my life” and further admitted:

STEVE KROFT: My understanding is that you went out with this protector of yours who swore that you were his adopted godson.

STEVE KROFT: Went out, in fact, and helped in the confiscation of property from your fellow Jews, friends and neighbors.

STEVE KROFT: I mean, that sounds like an experience that would send lots of people to the psychiatric couch for many, many, years. Was it difficult?

GEORGE SOROS: No, not at all. Not at all, I rather enjoyed it.

STEVE KROFT: No feelings of guilt?

GEORGE SOROS: No, only feelings of absolute power.

And as to the true “goal/aim” of George Soros leading the “Deep State” war against President Trump, this report notes, is the same reason he has always had for everything he does, money—and that with President Trump’s election victory over Hillary Clinton has cost him over $1 billion—with his standing to lose another $1.8 billion if he fails to overthrow, or kill, Trump in the next few weeks.

With President Trump’s downing of the FBI “Swamp Monster” Peter P Strzok II, though, this report says, the George Soros funded “fake news” propaganda media in the US has gone into complete panic, chaos and meltdown—and to such an astounding state that they are now calling President Trump a Nazi racist (not Soros) for his stating the facts that two sides were responsible for the violence in Charlottesville, Virginia—and that The Los Angles Times in their article titled “Who Was Responsible For The Violence In Charlottesville? Here's What Witnesses Say” verified as being 100% true.

To the greatest casualty in this epic George Soros led “Deep State” war against President Trump, however, this report concludes, is America’s two-party democracy system itself as the Democratic Party, since President Trump was elected, have only managed to raise $38.2 million compared to Trump’s Republican Party raising nearly $75 million—and whose entire nationwide political organization has descended into total chaos to such an extent that it is now being called a “total disaster”—but who, in spite of their own self destruction, still can’t accept the results of their 2016 presidential election. 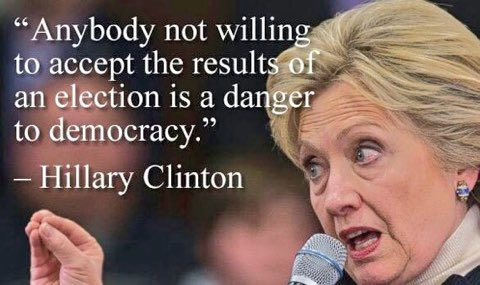 President Trump Given Final “Deep State” Warning: “We Are Going To Kill This Guy”

August 17, 2017 © EU and US all rights reserved.  Permission to use this report in its entirety is granted under the condition it is linked back to its original source at WhatDoesItMean.Com. Freebase content licensed under CC-BY and GFDL.