A disturbing report circulating in the Kremlin today states that the Security Council (SC) has ordered the Federal Security Services (FSB) to “begin and maintain” a “strict surveillance regime” of the 458 remaining United States diplomats residing in the Federation as they all now pose a “grave threat” to national security—and is a number made more manageable for the FSB after President Putin ordered 755 of these American diplomats to leave the country by 1 September.  [Note: Some words and/or phrases appearing in quotes in this report are English language approximations of Russian words/phrases having no exact counterpart.] 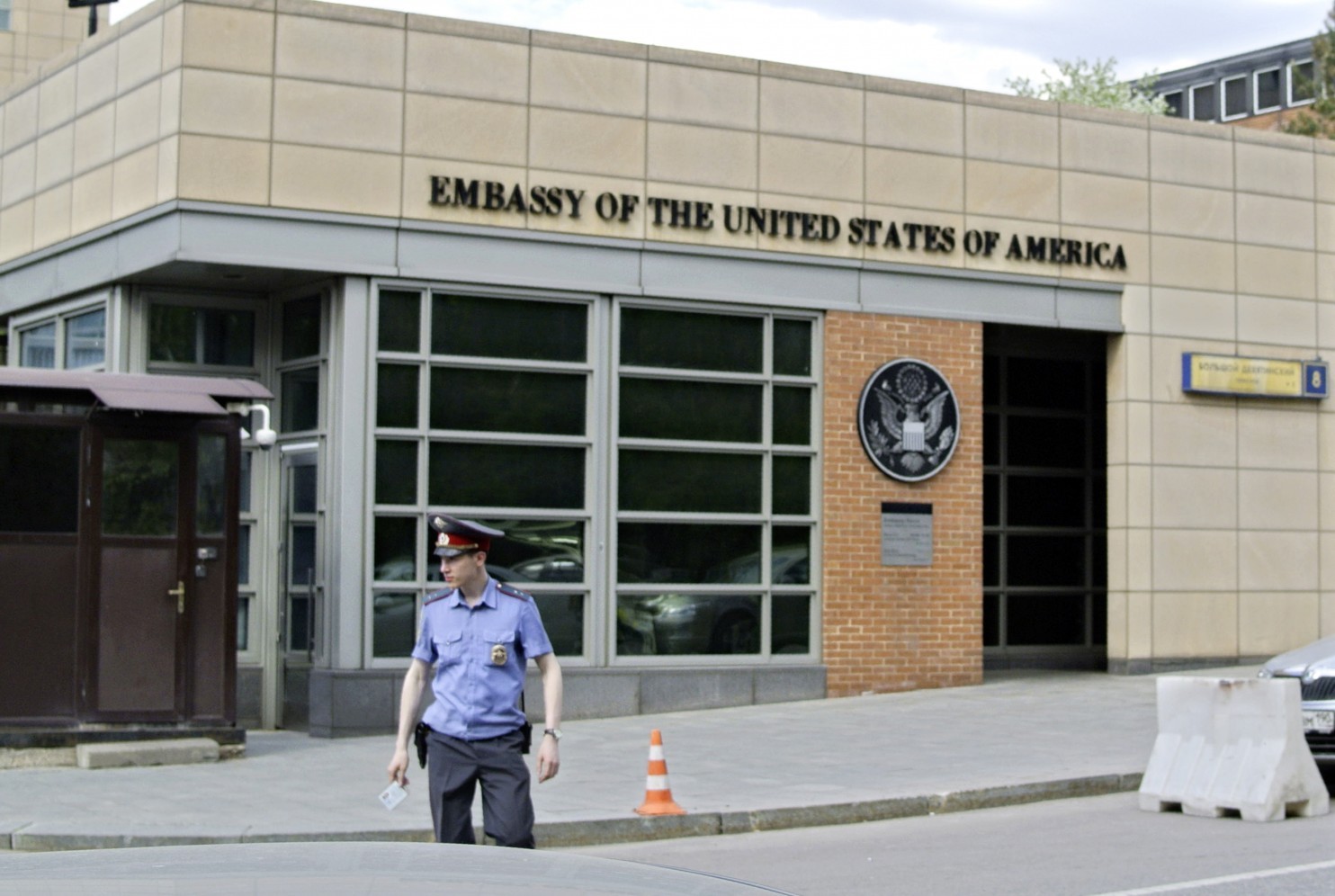 According to this report, in a retaliatory move against the United States this past week, the Security Council ordered the FSB to begin “seizure proceedings” against two US owned properties in the Moscow Oblast—one of which, a US diplomatic warehouse, was discovered to have in it a significant number of scientific and laboratory equipment whose “purpose and usage” has yet to be explained by the Americans.

Raising the concerns of the FSB relating to what was contained in this US warehouse, this report explains, is that it coincided with a US Air Force Modification/Amendment Notice titled Synovial Tissue / RNA Samples (Solicitation Number: FA3016-17-U-0164) that requested immediate genetic testing of the Russian population—and whose Notice exactly states: “…all samples (Synovial tissue and RNA samples) shall be collected from Russia and must be Caucasian.  The Government will not consider tissue samples from Ukraine.”

Critical to note about this US Air Force Notice, this report says, is it specifically targeting “caucasian (white) Russians”, whose majority in the Federation population are Orthodox Christians, as opposed to “non-caucasian Russians” who are majority Muslim and Asian races—and leading Igor Nikulin, a former member of the UN Commission on Biological Weapons, to warn that RNA samples can be used to develop viruses and his stating:

“New types of biological weapons are being developed.  There’s nothing else that could possibly interest the [] military department. Most likely, they are weaponized viruses.  The is trying to develop various types of biological weapons specifically for specific carriers of this gene pool, and Caucasoids are needed since they constitute the majority of the population of our [] country.  This is the same focus group for which they are trying to find the samples. It’s necessary for the viruses to act selectively on one or another ethnic group.” 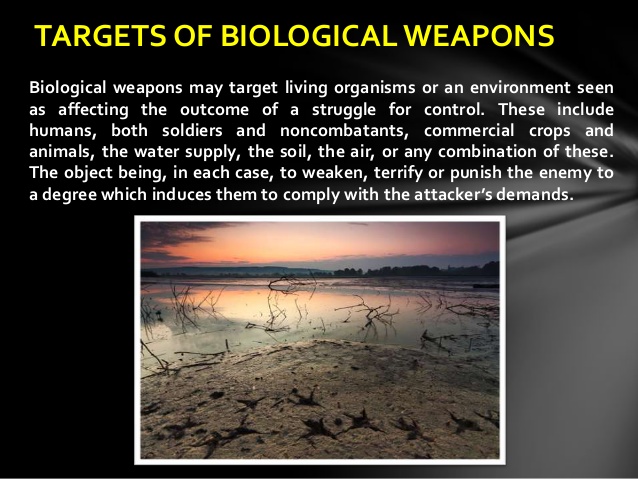 With Admiral Scott Swift, the Commander of the US Pacific Fleet, saying this past week that the US military will obey nuclear strike orders issued by President Trump, this report continues, this latest action to begin genetic testing of Russia’s white population for the purpose of creating a biological weapon to kill them, along with other such warlike against the Federation, has led Vasily Nebenzya, Russia’s Permanent Representative to the United Nations, to warn that America-Russia relations have now plunged to one of their lowest points in history, “perhaps, worse than even during the Cold War”.

Other warlike actions being committed by the Americans against the Federation, this report details, include a new sanction law designed to destroy Russia’s natural energy industry, mining industries, railway companies and banking structures—that the US is unable to do on its own and has, instead, chosen to attack the European Union in order to accomplish—but that German Minister for Economic Affairs and Energy Brigitte Zypries warned is against all international laws, with her further stating that “America cannot fine German companies for doing business in another country”.

Likewise, this report continues, the French National Assembly Foreign Affairs and Finance Committees had warned the Americans against these warlike sanctions on Russia by their stating:

“The facts are very simple. We are confronted with an extremely dense wall of American legislation whose precise intention is to use the law to serve the purposes of the economic and political imperium with the idea of gaining economic and strategic advantages. As always in the United States, that imperium, that normative bulldozer operates in the name of the best intentions in the world since the United States considers itself a ‘benevolent power’, that is a country that can only do good.” 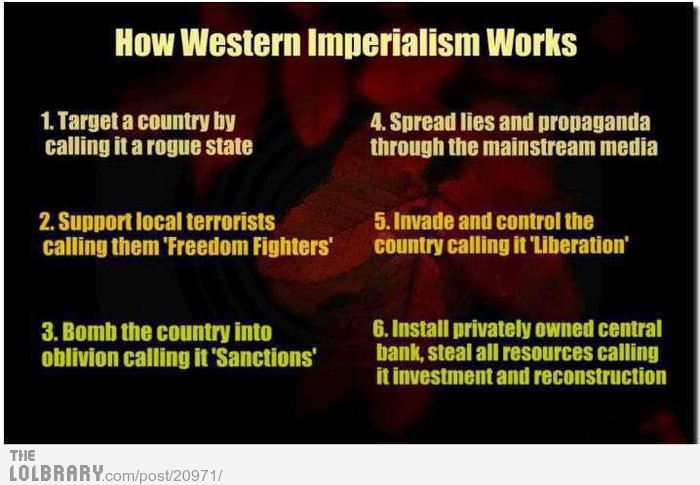 Far from America being a “country that can only do good”, however, this report notes, the former United States Assistant Secretary of the Treasury for Economic Policy, Paul Craig Roberts, is now warning too that the US has now committed itself to path of conflict with Russia—and his further stating the true purpose of these new sanctions against Russia and the grave dangers they pose:

“This bill is extremely dangerous for two main reasons. One, it prevents President Trump from ever normalizing relations with Russia and as we all know, the tensions now are very high, in my opinion, they are higher than they ever were during the Cold War. The other reason the bill is extremely dangerous is the economic pressure it puts on – because it is designed to replace Russian sales of natural gas to with American sales. So, it harms the ruble, harms the Russian economy, and further isolates from . This is the kind of economic pressure that leads to war.”

As the FSB begins its “strict surveillance regime” against all remaining US diplomats, their families, and all of their “associations”, this report concludes, the American people remain under a total media blackout to keep them from the knowing the truth about what is now occurring—most specifically that these US sanctions are said to be because Russia hacked the US election—but that has already been proven to be a lie as the evidence proves that the Democratic Party emails leaked to Wikileaks, and that doomed the Hillary Clinton campaign, were directly downloaded (not hacked) from their own computer systems—with Democratic data analyst Seth Rich (a Bernie Sanders supporter) being mysteriously murdered five days later. 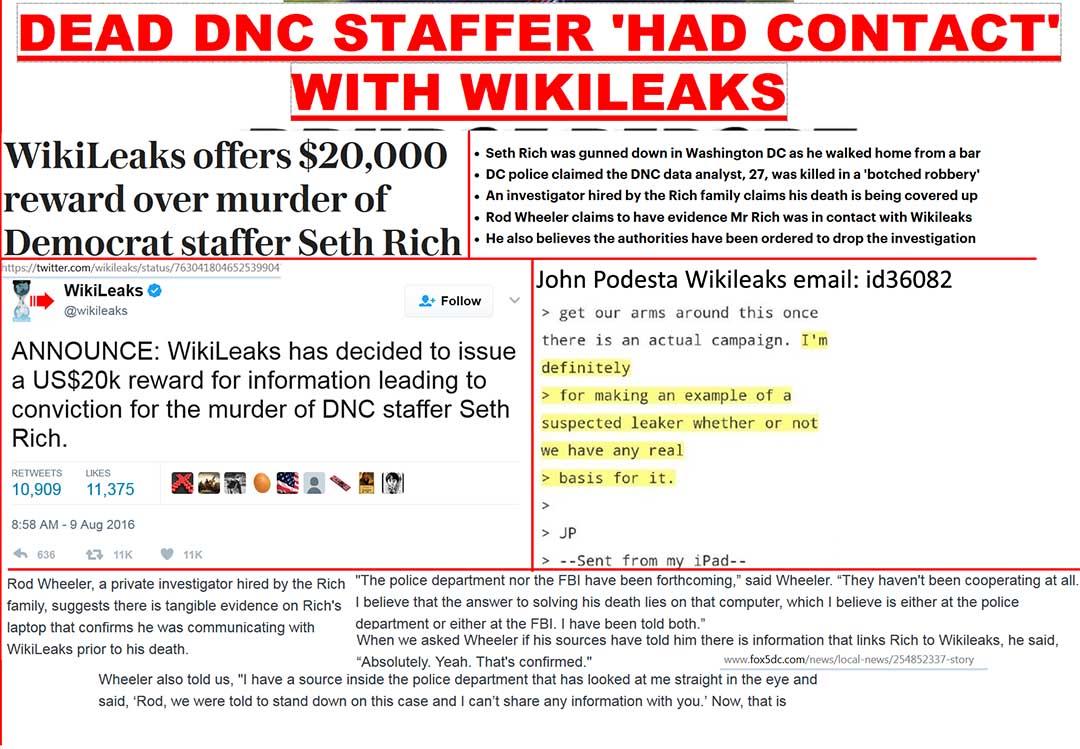 July 31, 2017 © EU and US all rights reserved.  Permission to use this report in its entirety is granted under the condition it is linked back to its original source at WhatDoesItMean.Com. Freebase content licensed under CC-BY and GFDL.